8 runners ran 6.0km to help their local community in Redbridge. 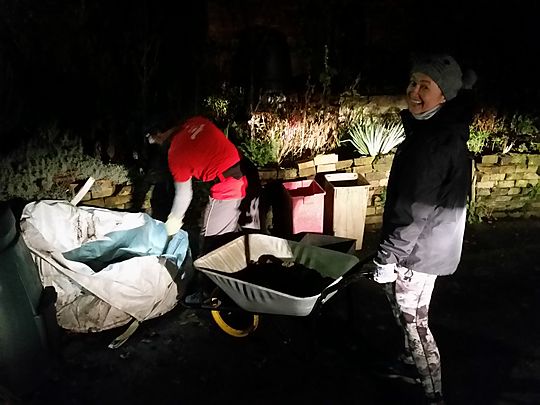 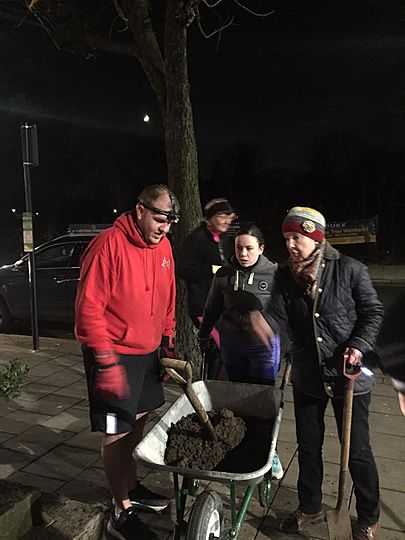 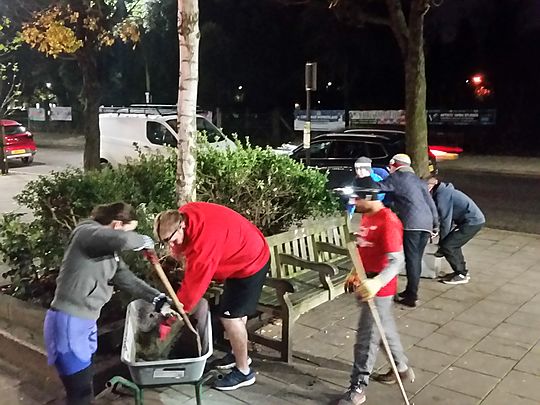 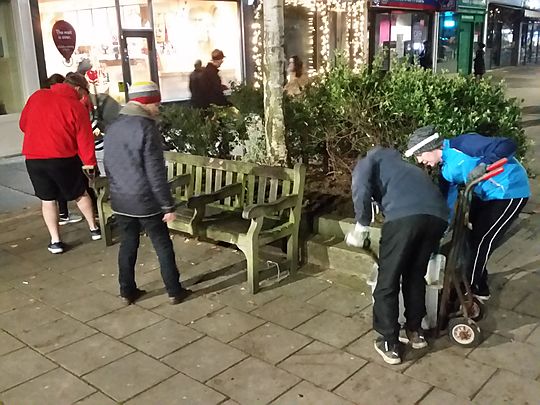 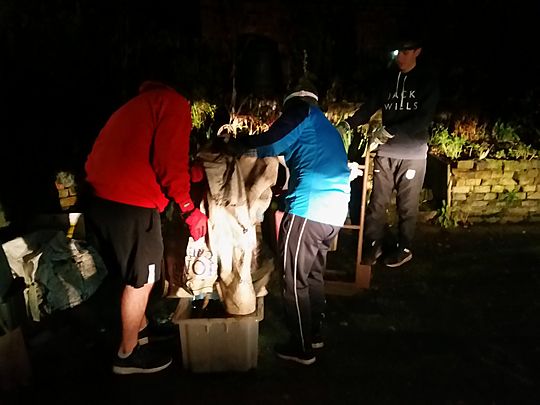 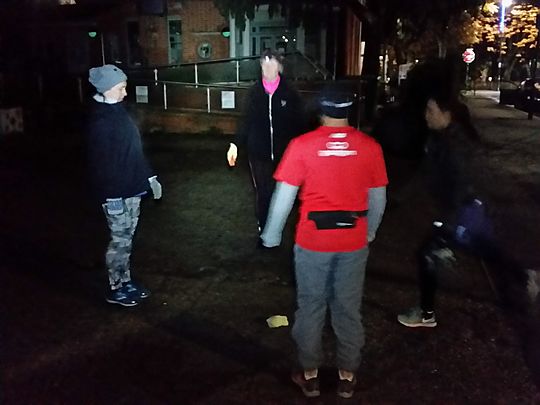 The temperature is getting closer to 0 than 10 these evenings, but it does not seem to make much difference to the hardy Goodgym family - 8 members of the Redbridge crew came down ready for some running & soil shifting. After an update from social secretary Dharmesh - from upcoming xmas parties to reporting on Linda's community mission just gone - it was time to brave the chill.

Anne, one of Marians Merry Maidens, officially known as the Wanstead Community Gardeners, needed some energetic helping hands to empty out what was left of the huge bags of soil and top up the planters along the high street. Cue the red(ish) army of Goodgym Redbridge! Boxes & wheel barrows were filled and distributed, 2 bags empty in what felt like no time at all. Just when we started to pack up, a third bag was spotted in the corner, barely one wheel barrow full. John, James & Kristian took care of the last load, while Julia & Vicky led the rest in a little exercise session to keep warm - some interesting variations to squads made an appearance amidst other things!

Tools put away, gloves & head torches dropped off at base and it was time to stretch our legs. A (partially random) meander through the neighborhood with a finish along more familiar roads resulted in a 6km run by the time we reached the Green again. The always charming Dharmesh found the time for some on-the-run recruiting and then energeticly chased down Vicky & Julia who went for a little extra loop!

Back at base it seemed more than sensible to finish with some indoor stretching, making sure not to cool down too quickly in the chilly outside air. Here the lovely Nicola joined us for a DBS check and a chat about all things Goodgym, she promised to come and join us one day soon!

Next week our chief, James, is back from his (work) adventures abroad - why not pop round and see what he has got in store for us then?