It was a bit PARKY but we were in SEVENth Fields Heaven!

33 runners ran to help the Seven Fields parkrun in Swindon. 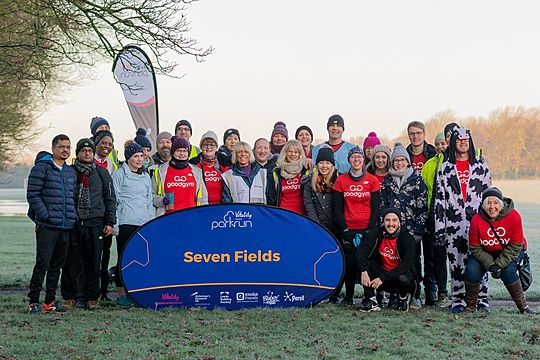 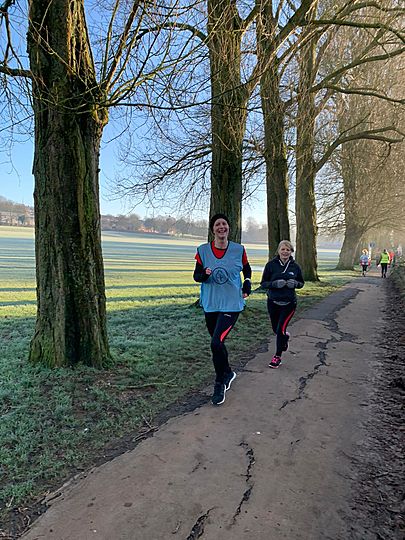 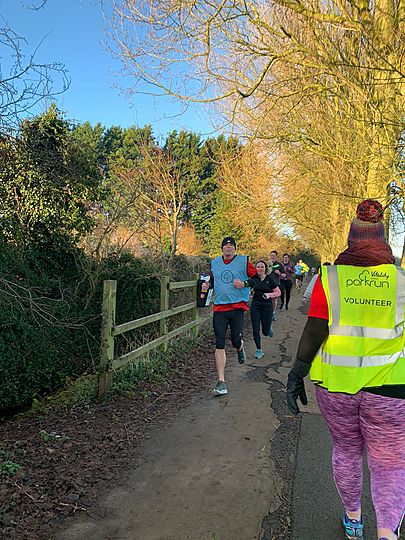 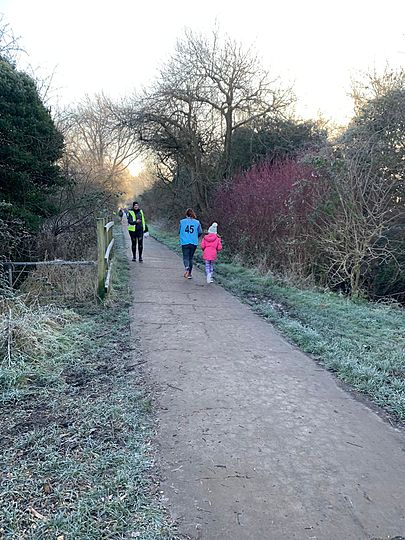 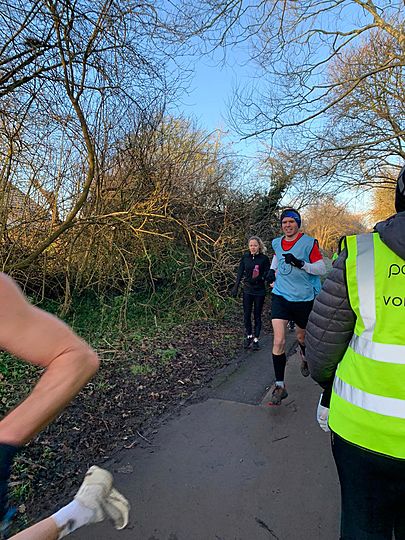 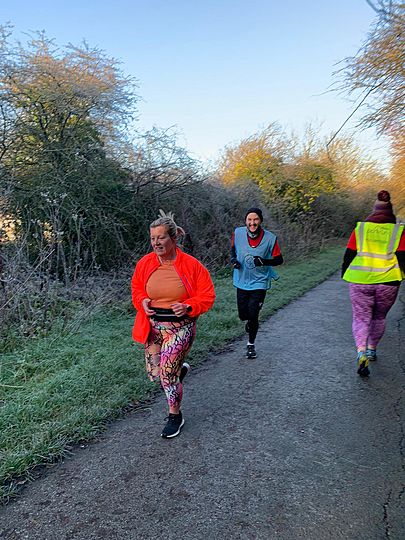 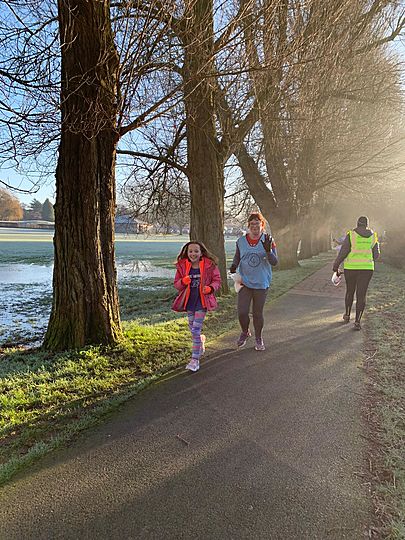 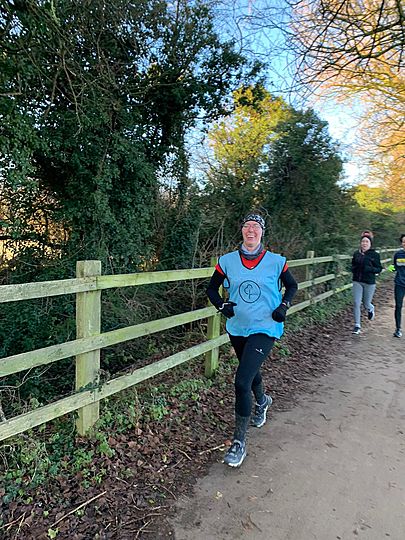 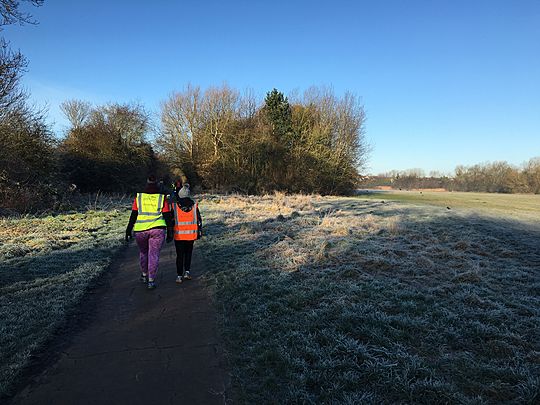 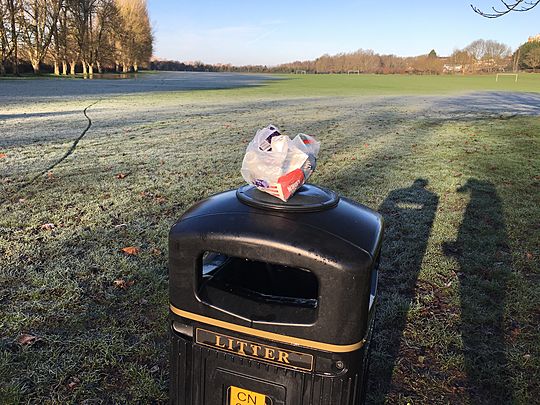 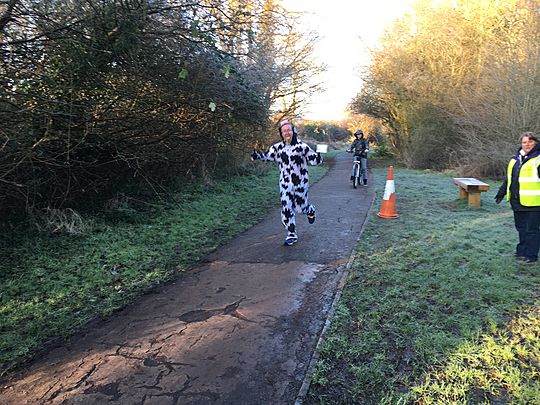 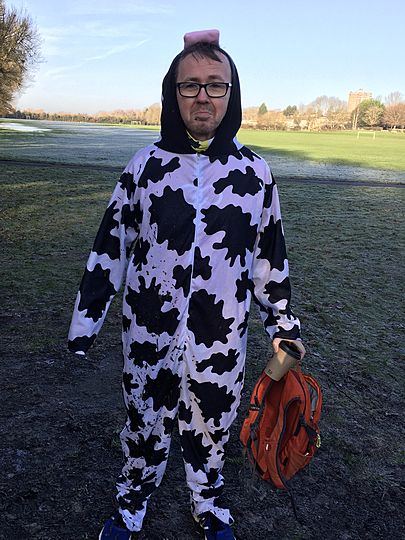 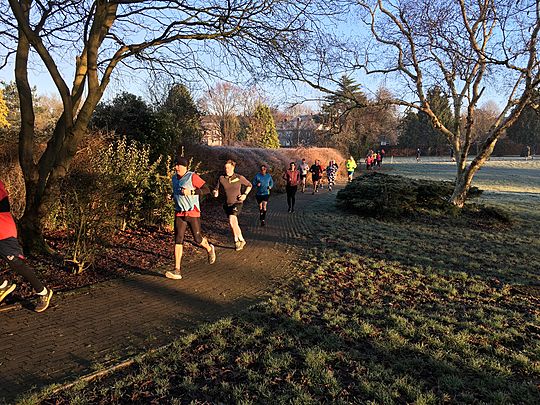 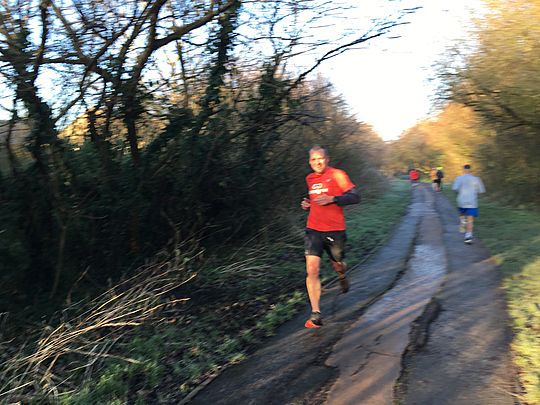 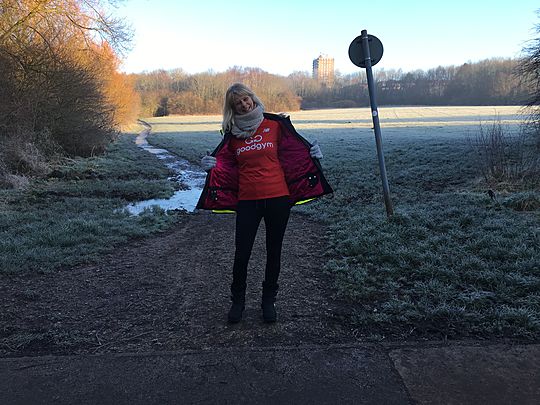 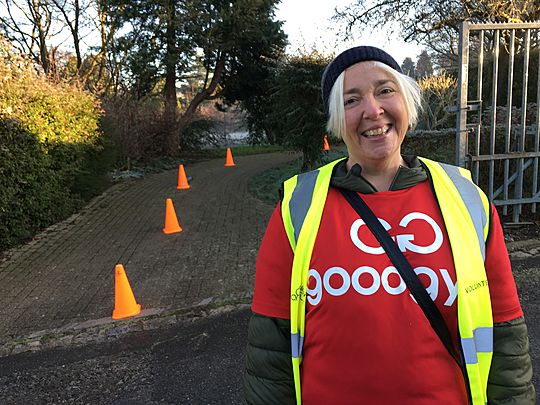 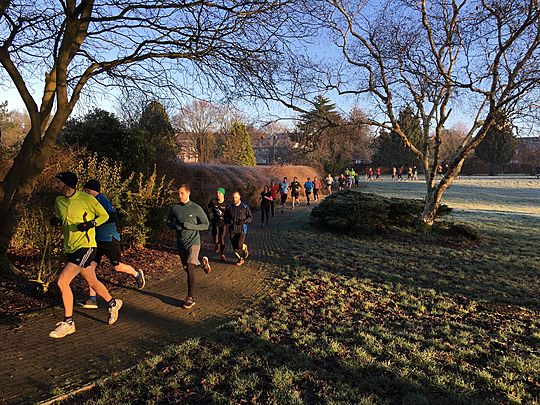 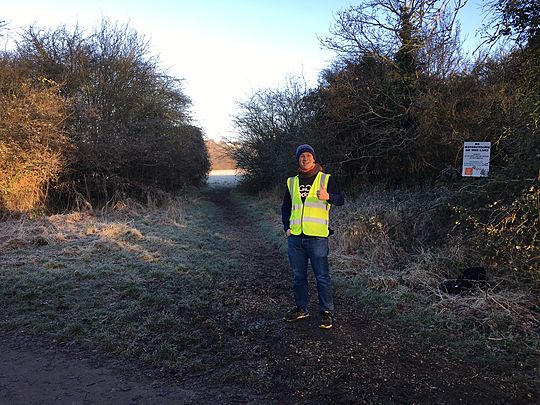 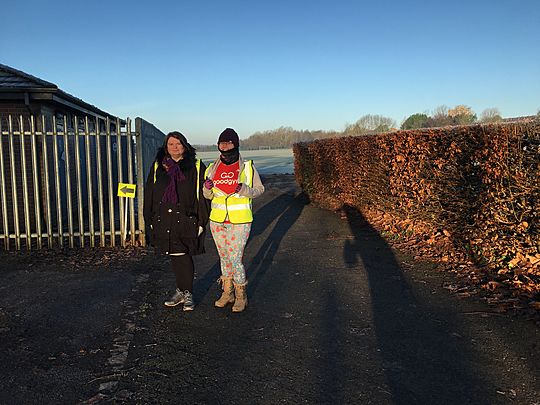 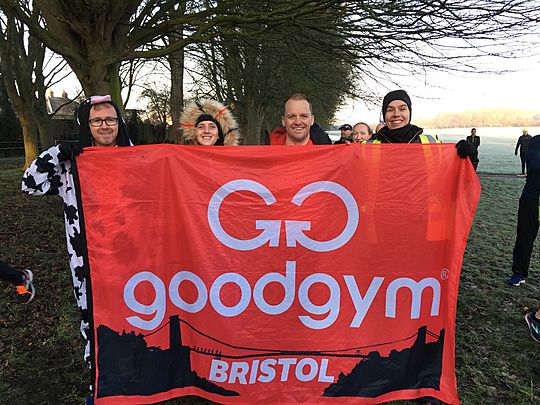 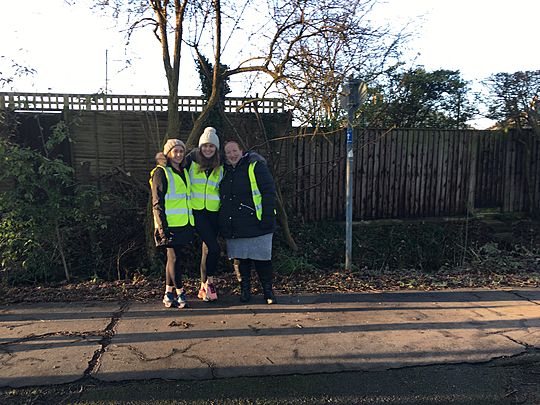 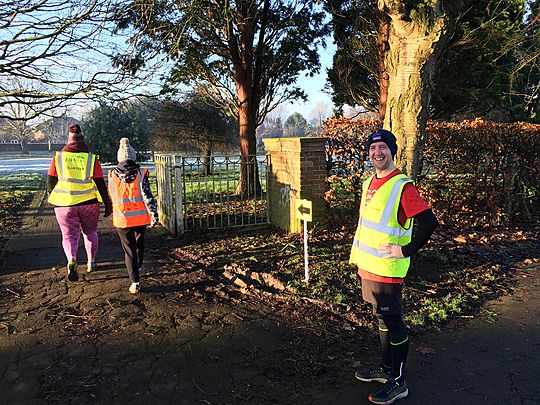 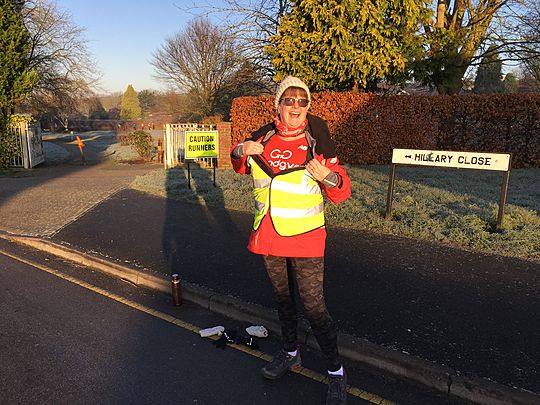 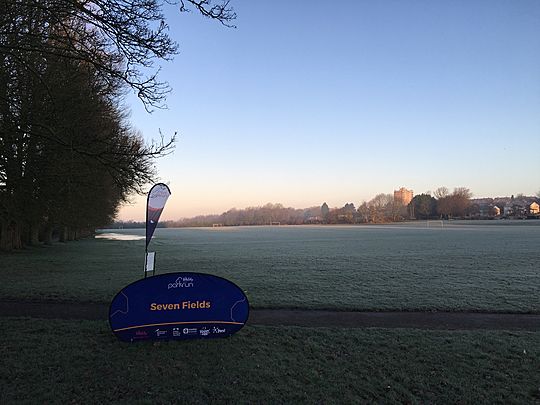 After all the rain of the last few weeks, which has left the new Seven Fields parkrun in Swindon underwater in parts, we were delighted to see the sun shining brightly this morning! Yes, it was frosty and a wee bit parky but with a GoodGym takeover planned, we knew the Ready Brek like glow of our (mostly) red tops would keep us warm!

This was the 9th Seven Fields parkrun and it was a real privilege for GoodGym Swindon to be asked to launch the pacing team and take over parkrun for the day. Together with friends from GoodGym Bristol – Melanie, Clo, and Darren, and Matt - we joined a Seven Fields record of 45 (yes, in true videprinter style, FORTY FIVE) volunteers who made sure the course was safe, first timers were briefed, and that we had a full complement of enthusiastic marshalls ready to hand out power boosting high fives, tailwalkers who multi-tasked with litter picking, funnel managers, time keepers and barcode scanners. Every week parkrun happens across the world thanks to thousands of volunteers – maybe you would like to be one? You can find out more here.

The first timers briefing on the grassy knoll was by Greg Wells, who also auditioned for the Royal Ballet, photobombing the GoodGym group photo with some very elegant (or so we were told) pirouetting. It was then time for Run Director Emma to bring her famous Lydiard parkrun silence to Seven Fields. Emma welcomed everyone to the run, including tourists and those achieving milestones, including GoodGym’s very own Tracey( who was celebrating her 50th (run, not birthday, just to be clear, Simon Sperring), Jo who was surprised to hear from Run Leader Sam that she had completed 50 good deeds, and Darren who joined the Cowell Club – he clearly likes to moo-ve around!

And with that we were off, 160 people running, jogging and walking the B route. Yes – that’s 160, an attendance record for Seven Fields, with 73 first timers. We hoped you enjoyed Seven Fields as much as we did and if it was your first parkrun, welcome to the family and we hope to see you again soon! Although it was a bit frosty underfoot, the marshalls did a fantastic job of making sure that we all stayed safe and encouraged us on our way. There was the odd bit of ice skating and a triple salchow or two – next call for some might be the Winter Olympics or Dancing on Ice? With Jo Stillman joining us for the day from Lydiard parkrun, every runner was loudly cheered home – I wonder if they could still hear you at Lydiard, Jo?! It must have worked as 25 people recorded new PBs – well done all! And, in case you missed it, though I’m pretty sure she told most people (they are very shy and retiring, the Wells family), Alex got token 106. Now it's in the report, maybe we won't hear any more about it?

Once everyone had made it back to base, it was time for a warming coffee for some while others sensibly decided to head off home into the warm. Fortunately, there were enough people around to help push the coffee van out of the mud – putting the Gym into GoodGym!

It was a fantastic morning – we loved it. Thank you to the Seven Fields Core Team for inviting us to join you, all the GoodGym volunteers, and all the runners, joggers and walkers who made it such a fabulous day. Please, please, please can we come back again soon for another takeover?

Fab report Jo! And yes, just to be clear, it was my 50th parkrun not my age. Some people are just jealous of my youthful looks, LOL :)

What a great morning! Lovely to see you all again /meet you!

What a fantastic Run Report! 👍 Thanks Jo 😊 It really was a fantastic morning with our friends from Swindon and Bristol ❤️