Phill-ing up on a 50th Good Deed 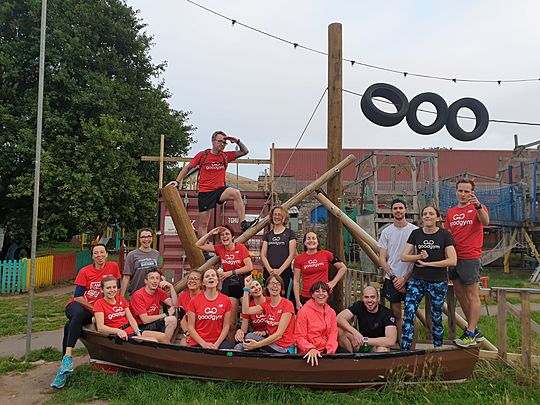 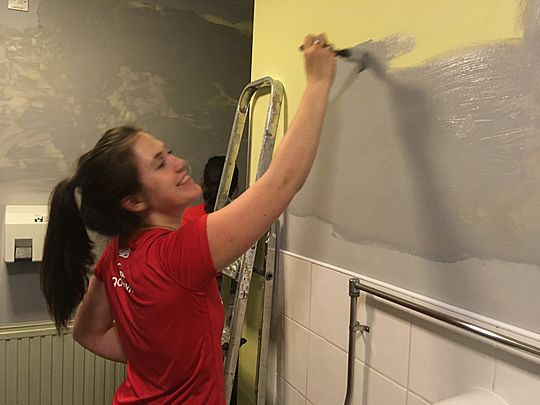 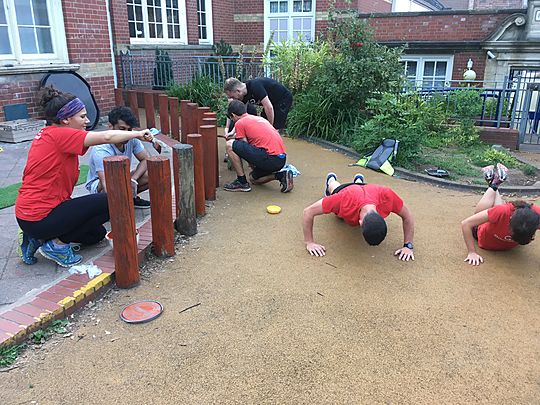 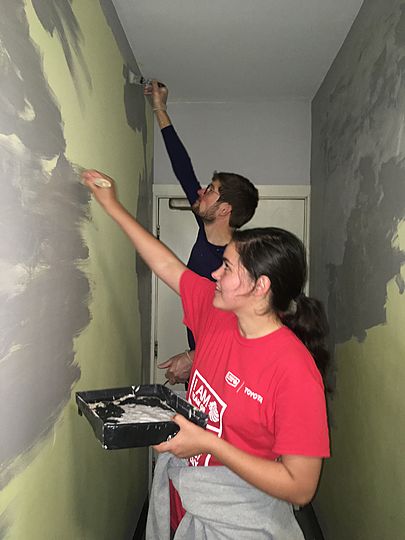 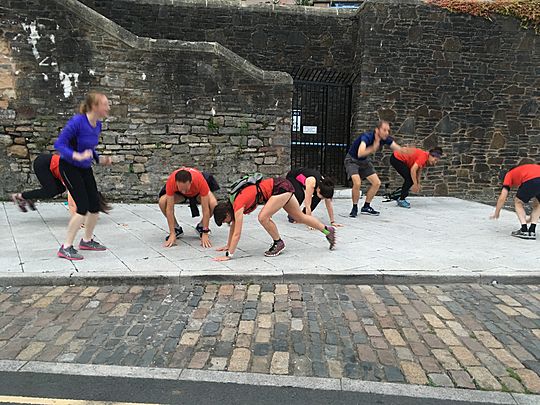 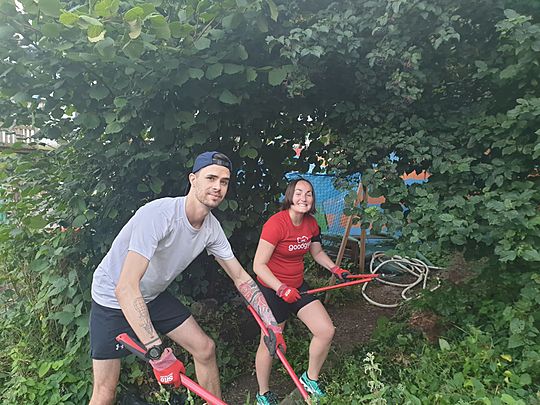 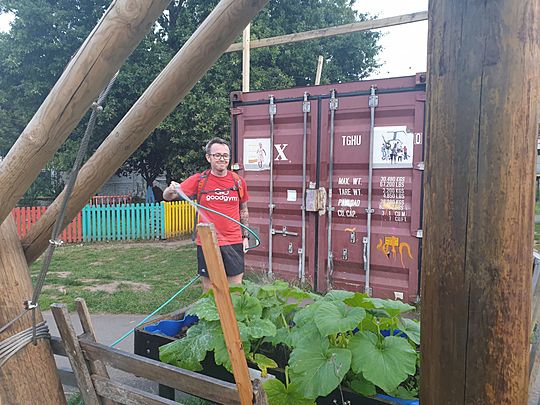 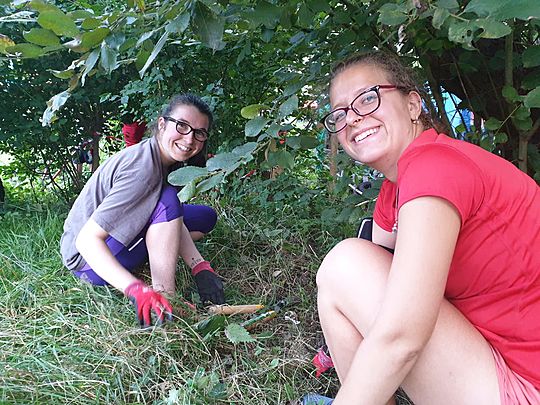 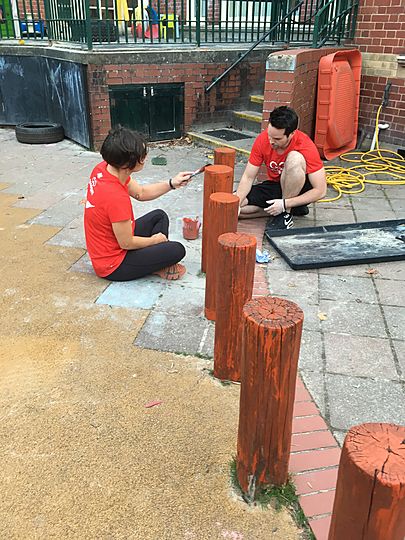 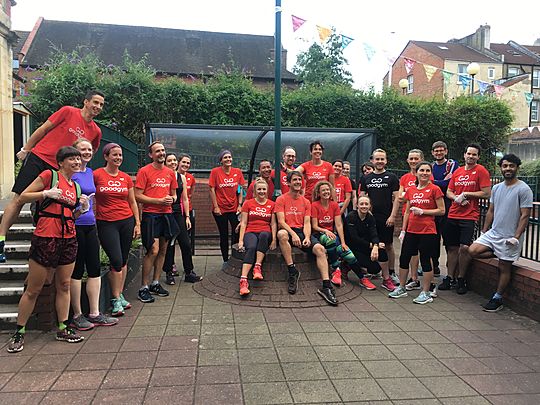 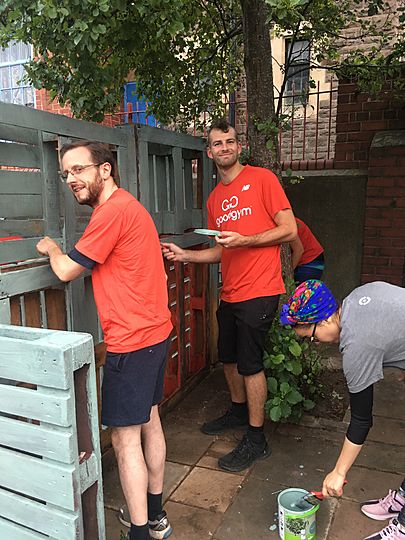 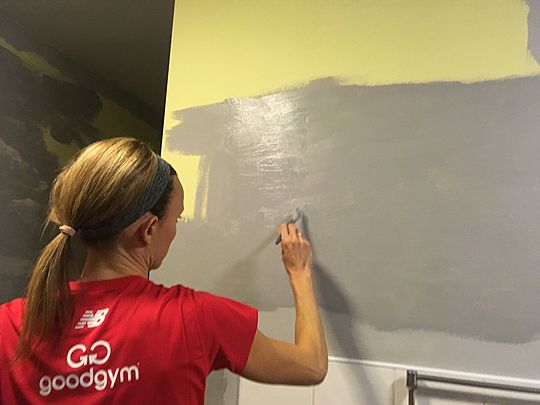 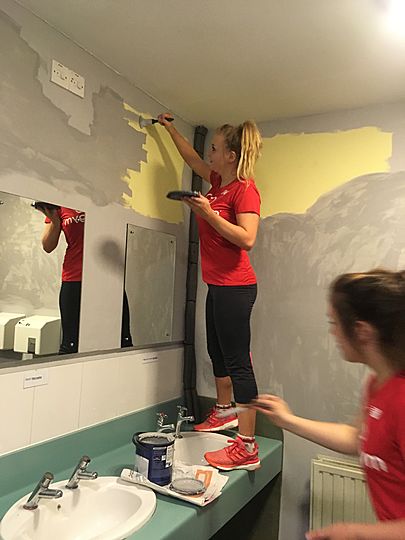 It was great to have Hannah, Katie, BiBi and Jim join us for their first GoodGym run tonight - we hope to see you again soon! We were also delighted to celebrate Phill's 50th Good Deed, which he did in true Phill-style by getting completely stuck in with the task and covered in paint. Congratulations Phill!

After running circles around the warm-up, we split into two groups to conquer as much good as we could tonight.

Alice D led a group of 17 over to Felix Road Adventure Playground where they battled through the crowds to get into the playground and met Zoe. She set the group to work on a mass weed clearance of the playground. With all-hands-on-deck, the group made a massive dent in the huge area, and got rid of several wheelbarrows of weeds in the process. Chris even had a chance to show everyone his wheelbarrow racing skills - check them out here.

The rest of the group headed to the Southville Centre where we met Hugh. This local community centre is extremely busy with lots of groups and activities using it during the week, so they were keen to put some extra hands to good use on a quieter evening. They had a whole load of painting to do, so we split as many of the paintbrushes as were available between the group, assigned a tall person per section and four teams set to work painting both of the toilets, the bin shed and protecting the outdoor wood.

The lucky remaining people were tasked with a circuit in the outdoor area, cheered on by the outdoor painters. After three teams had rotated through the circuit, this week's painting was almost complete. We feasted on celebratory chocolate (Hugh knows how to treat us) and headed back to town, but not without stopping to complete this week's Burpee Challenge on the way. More than 600 burpees between the group later, Will, Richard and Daniel were crowned Burpee Champions.

We dragged our slightly-more-tired-now legs back to Queen Square and feasted on Phill's incredible vegan brownies (which you can make again ANYTIME), and then headed for this month's GoodGym Eats at Franco Manca, deeeed-licious.