On Ilkley moor without a hat

10 runners ran have an amazing time in Leeds. 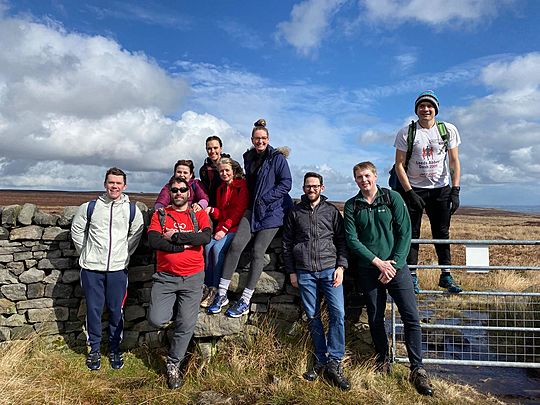 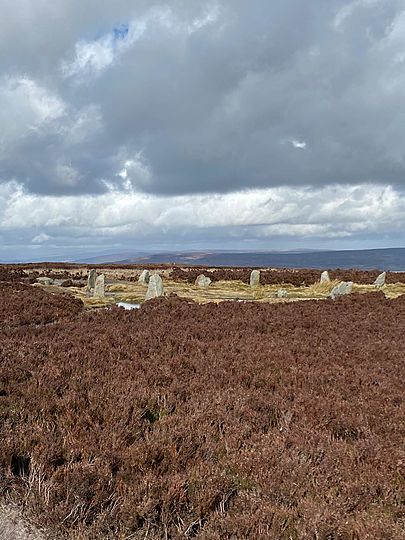 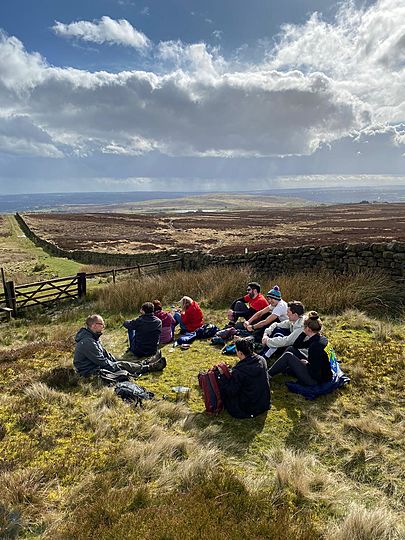 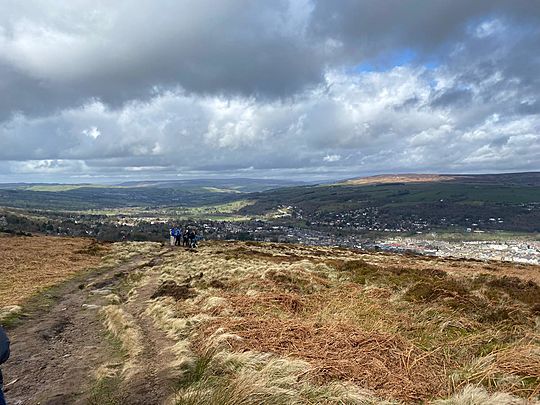 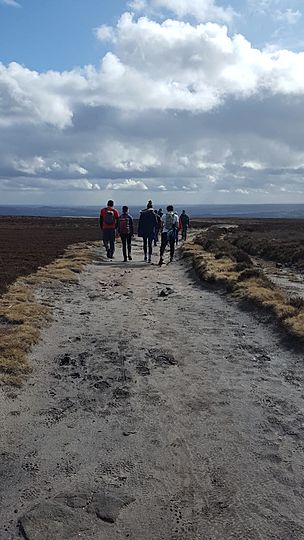 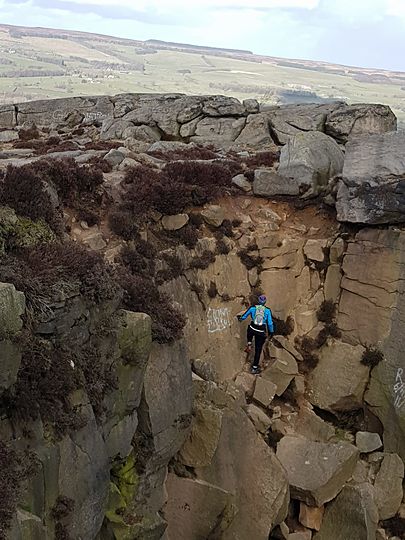 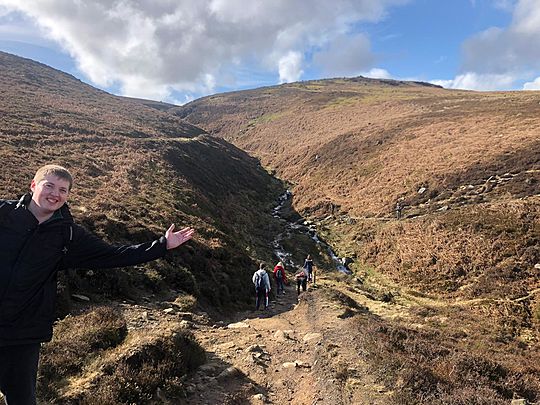 A visit to Ilkley’s ‘Cow and Calf’ was the target for the first GG Leeds hiking social! The morning shower cleared just as the group of intrepid adventurers departed Ilkley station in the direction of the nearest hill!

The 7.8 mile route started tough with a steep ascent up Ilkley crags to join the Dales High Way. Whilst most of us were relieved to reach the top of the trail, Adam was determined to go off piste and scale the adjacent hill to inspect a small Cairn.

Under the advice of friendly walkers passing us in the opposite direction, and with Jenny concerned for her new ‘Swetty Betty’ hiking boots, we stuck to the - only partially submerged - flagstones for the short hop across the moor to our next waypoint, the twelve apostles. After a thorough and detailed history lesson at the stone circle (I’ll google route facts the night before next time!), we left the apostles behind and continued across the moor.

This time the route was much less forgiving, the flagstones gave way to mud - with many a grunt and squeal being heard as the group hopped across the increasing wide and deep boggy puddles! After numerous shouts of ‘are you sure we’re going the right way’ i was relieved when we finally reached the edge of the moor, and dry ground!

“I went in real deep on that one” Riobhne not quite nailing the landing of a big puddle jump.

After a short pit stop, reenergised by greggs sausage rolls (great shout Charlie), we continued towards the rocks. On re-joining the dales way the next definitely planned surprise was a small waterfall which made for a great picture stop. The next waypoint was the cow and the calf pub for a quick drink and comfort break, with great views being had of the Cow and Calf itself.

The route back to Ilkley took us up and over the rocks, with many testing their rock climbing abilities - again Adam proving his bravery by taking the hardest routes possible! As we climbed our way across several mini crags, comparisons were drawn to scenes from the lion king - with Rachel’s rendition of the circle of life proving highly motivational!

“Can anyone remember how the lion king theme tune goes?” Rob inspiring an afternoon song from Rachel.

Starting to get a little weary and more importantly hungry, all were pleased to make it back down the hill to Ilkley - not least new good gymmer Harry on discovering he’d escaped a parking ticket!

Thanks all for attending - hope you enjoyed and we’ll arrange another hike soon!

Thanks for organising Alex! Had a great day :)

Are you bored at your mum's house?

Thanks for arranging, Rachel, Adam and I are still celebrating in the pub!

So bored it hurts