Mulching around for Vic's 300th

10 GoodGymers made their way 5.3km to help their local community in Southwark. 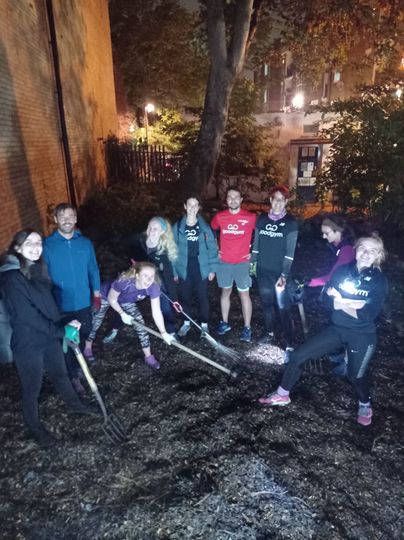 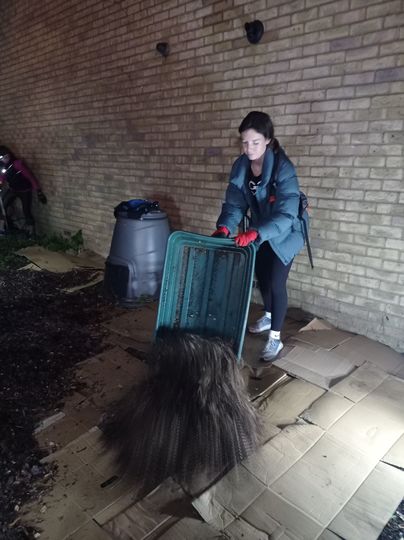 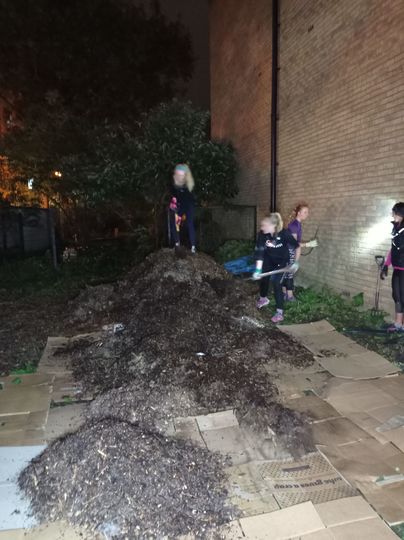 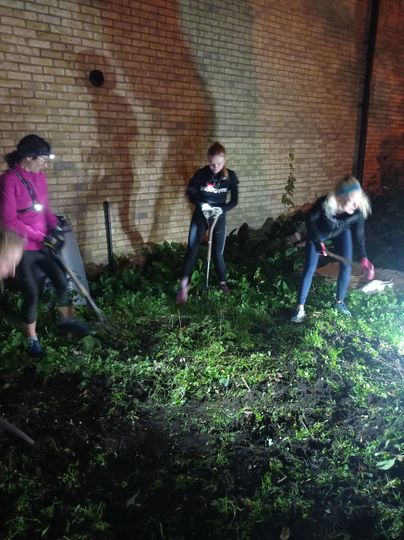 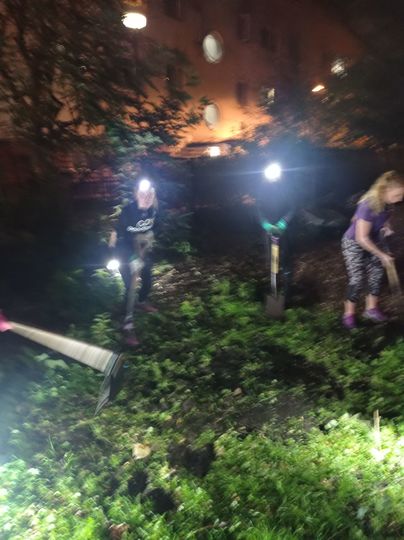 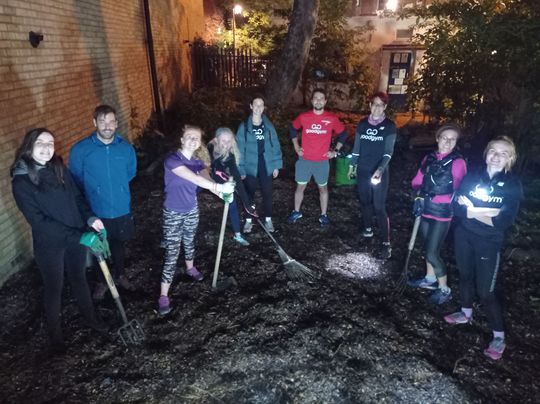 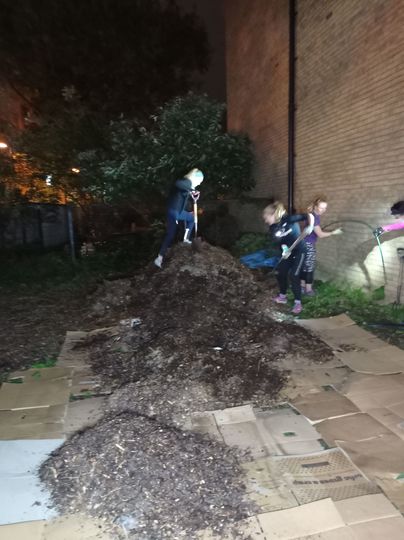 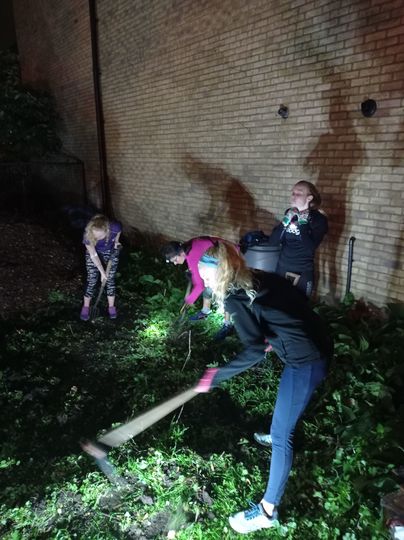 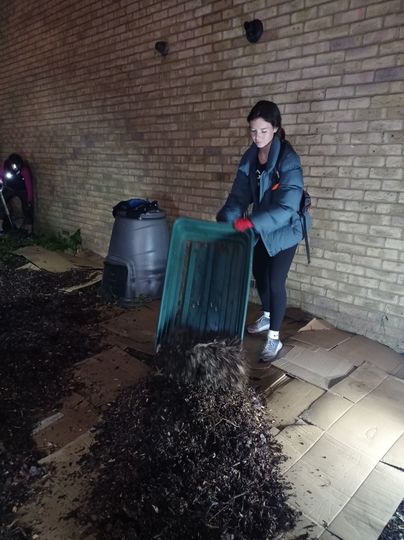 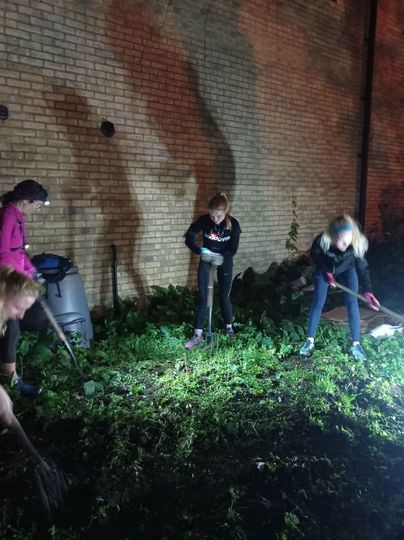 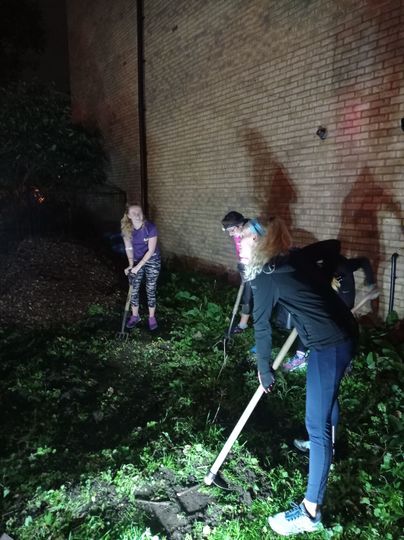 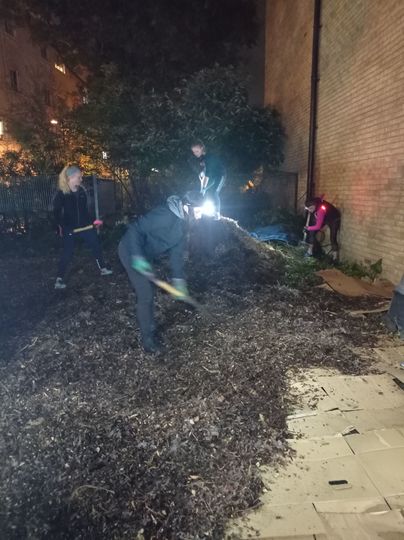 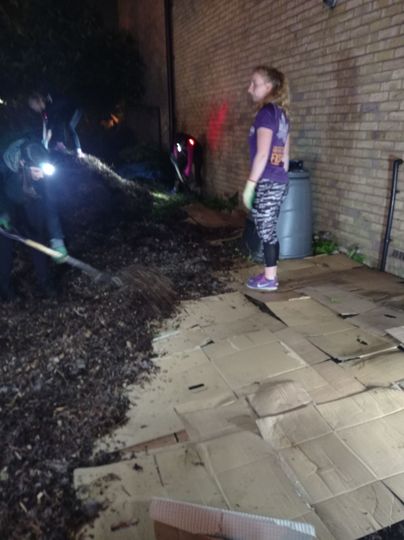 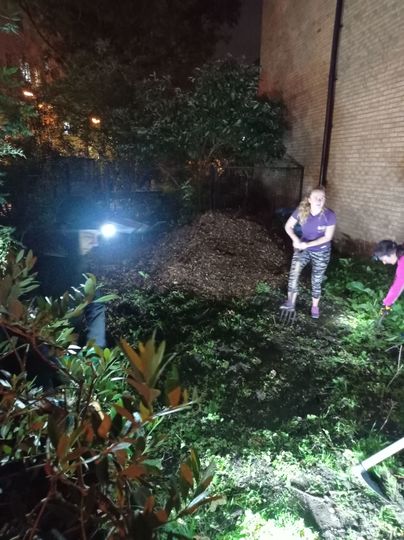 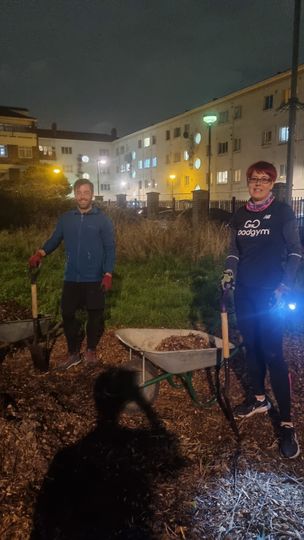 Running from home after Sam left the portable lights charging at home whilst he was at work. Yet, he made it in time and glance down the alleyway where we warm up before arriving at Old Spike to see to his surprise - Allie waiting around. It had been literally (almost) a year since her last good deed with GoodGym, so it was a joyful moment to have her back. However, that wasn't the last of the surprises as Jess arrived at Old Spike Roastery upon mentioning on the WhatsApp group that she would be back tonight for the first time in also about a year! The third and final surprise was Vic's last minute decision to come and celebrate her 300th good deed with GoodGym Southwark as she did with her 200th! Hooray! Such a wholesome start to the evening as Sam welcomed Emma, Lindy and Nelly before starting a longer than usual GG speech and his warm-up outside in the alleyway.

Tonight, Sam's ice-breaker question, which was to do with the fact that it's Cyber Security Awareness Month, was: If you can share, what has been your biggest scam that you have fallen for?

From dodgy Keeping Up With The Kardashian's pop-up links to woeful crypto investments and from being tricked into eating chocolate covered Brussel sprouts to being conned by an elderly lady...for a £1 coin. We've all had our lessons learnt, but please keep vigliant!

It was a direct swap from last week as Sam had a "lads run" to Camberwell last week, but this time it was Girl Power week (minus Sam) as Sam and five female GG runners ran 2.8k up and down the hill to get across to Thorlands, where they met the cyclists: Joao, Rebecca and Nathan. Sam knew Simon wasn't going to be there, so he ran off to the Clubhouse to collect the keys and the trolley off John, the chairman, as he was working late. Once we collected the tools that we needed we split into two teams.

Team one - mulching transportation team consisting of Nathan, Joao, Emma and Nelly took three wheelbarrows and three shovels to head to the locked garden where all the mulch that had been delivered weeks ago was. Over the 35 minutes that we had they must have transported about 12 wheelbarrows full (4 trips).

Team two - mulch setters team consisted of the rest: Allie, Jess, Lindy, Rebecca, Sam and Vic as they turned over the soil, took the weeds out and put it on the compost, raked the soil to ensure it was as flat as possible and then put down cardboard to ensure the light (during the day) would not reach the soil as they put a thick layer of mulch on top! They were boasted by Lindy's Spotify playlist and tales of Lindy's dating life and then everyone tuned in with theirs... the joys of finding love in London!

Sam called it at 20:00 as we still had to take a photo and put back the tools before rushing off back to Old Spike to finish on time at 20:30. Lindy went home from Thorlands, but Nathan joined us on the run back as he is trying to get in some long runs for his road to recovery.

A personal thanks from me to all those who came out tonight! It was a real pleasure to celebrate Vic's 300th with all the regulars and two "oldbies" - Allie and Jess.

Thank You Simon and John

GoodGym is all about getting fit and doing good! We praise the runners/cyclists/walkers who come to get fit and help out, but we often forget about our task owner. I would like to take this opportunity to thank Simon and John for keeping this session despite Simon not being there himself - John stayed behind and gave us the keys in order for us to get the tools needed to do the task.

Thanks for the well wishes. I would like to clarify that the sprouts WERE NOT EVEN chocolate covered! No chocolate was involved! It was all a HUGE scam! TRAUMA! 😂😂😂😂

Great report and sounds like a fantastic evening SS!

Hahaha thanks Vic and Yianny for your comments. I'll keep it as being chocolate covered 😜 also always lots to do at Thorlands ☺️ great evening overall