1 runner ran to help the Homeless Street Angels in Leeds. 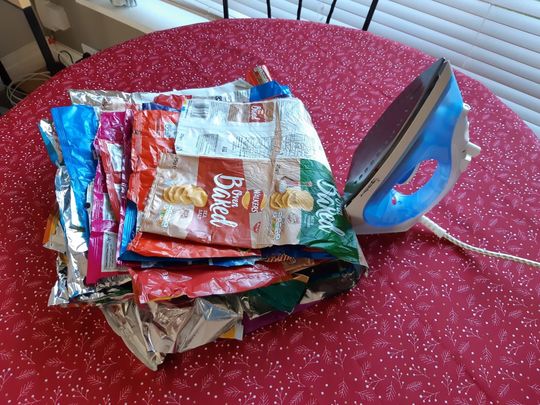 This week I have been continuing to cut, clean and iron together crisp packets, and am now starting to see that I am making a dent in my seemingly never-ending supply of crisp packets. The packets prepared so far are going to be collected and finished off, ready for distribution to those who need them - which will be great!

A couple of other GoodGym runners helped last week - which was amazing - but I still have a few bin bags full of crisp packets waiting to be prepared - so if anyone else would be keen to help out, let me know!