Legends of the Hall 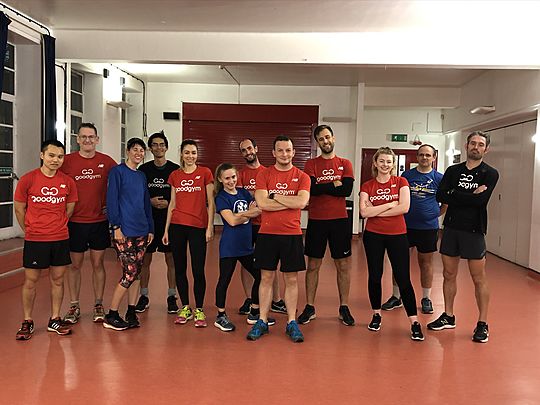 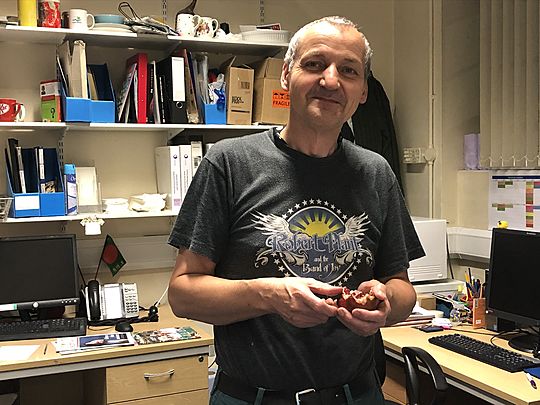 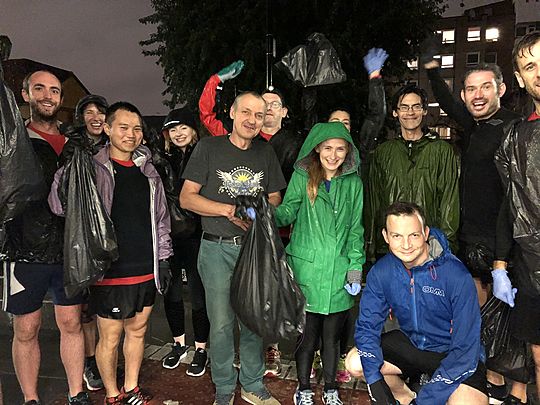 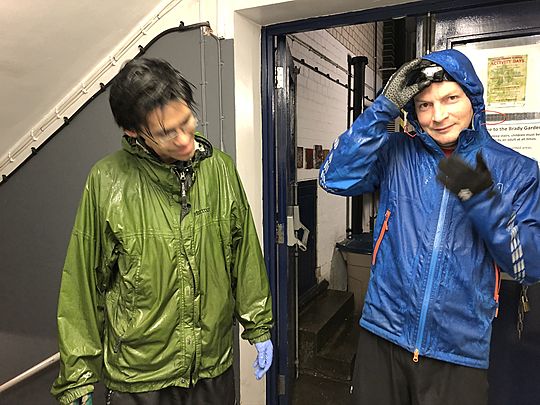 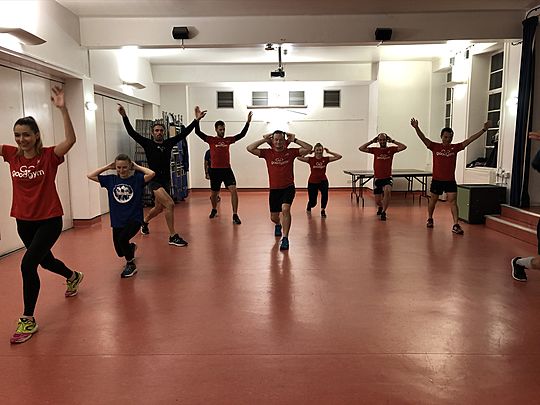 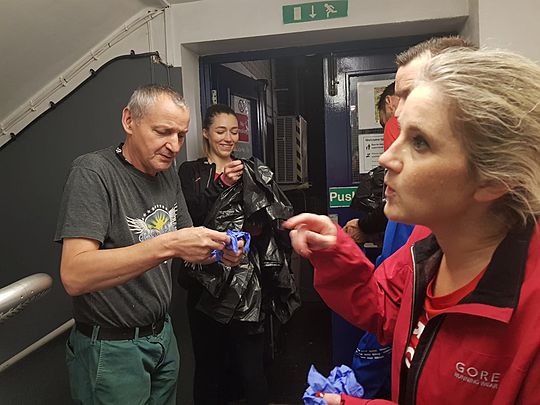 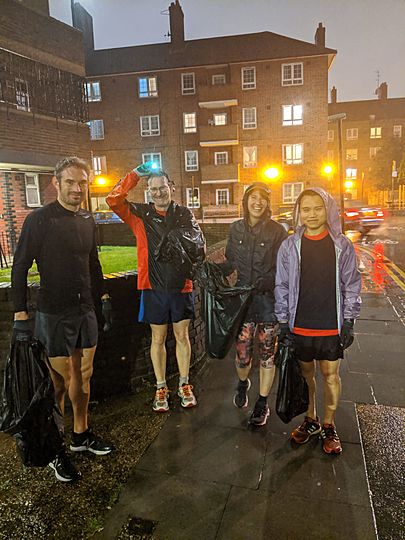 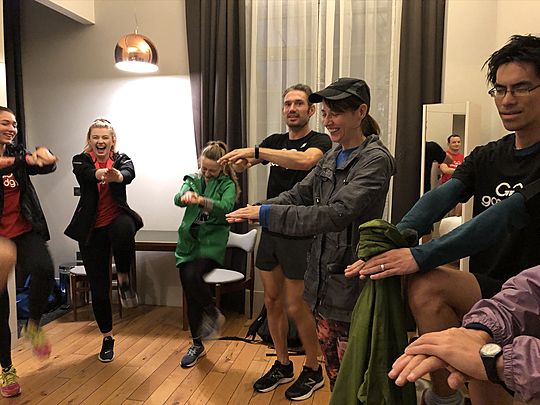 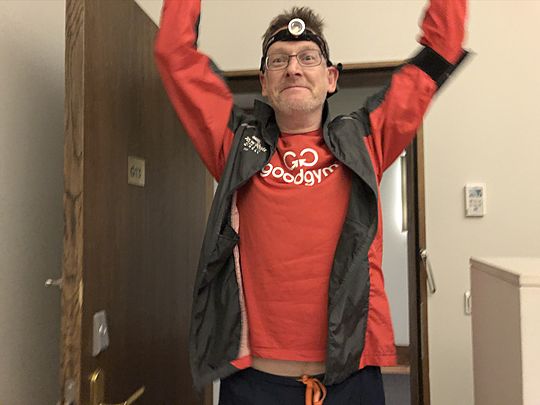 No dampening our spirits tonight

Well, it was a rainy one that's for sure. Such was the weather tonight that we warmed up in the hotel room. An intimate event, particularly as this evening we were in Room 13 where the bed is the centrepiece. But manage we did, running through some dynamic stretches as we put pins through their pre-run paces in an attempt to stay dry for as long as possible.

Then we headed out the door to our new task at the Brady Arts and Community Centre, just off Hanbury Street.

Chris was co-navigator, recruited by me early in the evening as Google Maps' blue beads had flummoxed me again, aided by Bryon, expertly, discreetly from the wings pointing us gently in the right direction when we had a wrong turn near-miss, with Jo offering lovely steady backmarking.

And so we arrived at the centre just as the heavens were well and truly opening. Timing.

R is for rain. And resilience.

A bemused task owner Tsitrana took us to the Brady Garden, wide-eyed and somewhat bemused at the prospect of us trying to tidy this little area in the torrential rain and dark, looking apprehensive and puzzled as he handed us bin liners and gloves.

The team made a terrific effort in trying to tidy the garden but it was a tough task. With poor lighting, uneven footing and a little unsure of what was going where, it wasn't long before the tenacious team had spilled out onto surrounding streets to pick up the worst of the litter.

Off to the sports hall

They still worked tirelessly for nearly an hour, before heading back into the lovely big sports hall which Tsitrana had so kindly agreed to let us use for our fitness tonight. So, with a slightly longer workout than planned, we made our way through 25 minutes of meaty Monday moves. The team took it well, substituting decline push ups for tripod push ups where necessary; mixing up Pilates roll-ups with single leg hip thrusts before springing to their feet for prisoner lunges and speed skater squats. What an effort.

And then we sped back to base, running at a very respectable pace, very glad to arrive back to Room 13 to enjoy a last KitKat and say our cheerios.

Well, what a wrap.

Now you don't have to wait until next Monday to come and join in the fun: we're lucky enough to have Task Force member Bryon running a Community Mission at the well publicised Boundary Fun Palace event this Saturday, from 9.30, so do check out the details and sign up here if you fancy coming along.

...While next week's Group Run sees us returning to Oxford House, for some more clearing and cleaning and gardening fun with Deborah, so come on board for that if you can.

Until then, have a great week, and stay dry!

TWO TASK WEEK: Back to Limehouse Town Hall to help prep the reception area AND leafleting for Parkview Residents Association