5 runners ran to help the Mencap - Chelmsford in Chelmsford. 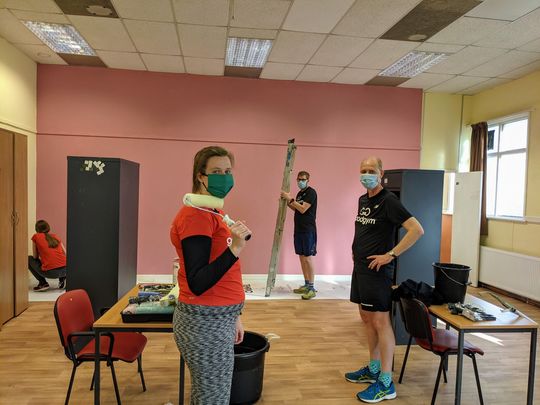 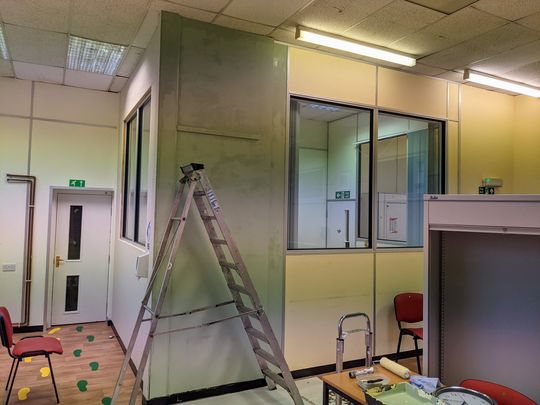 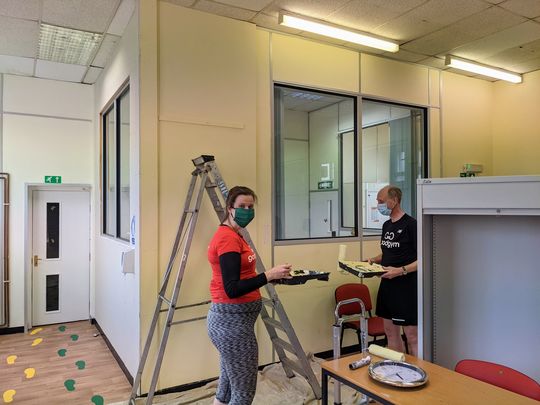 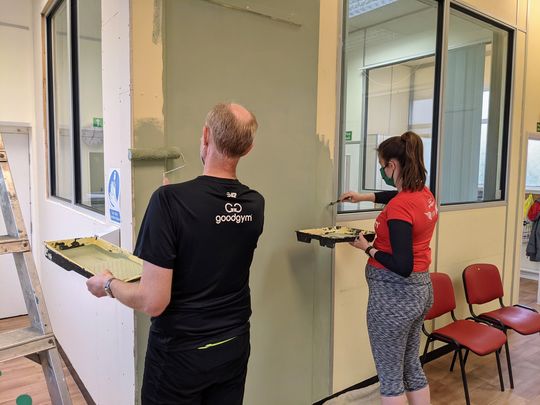 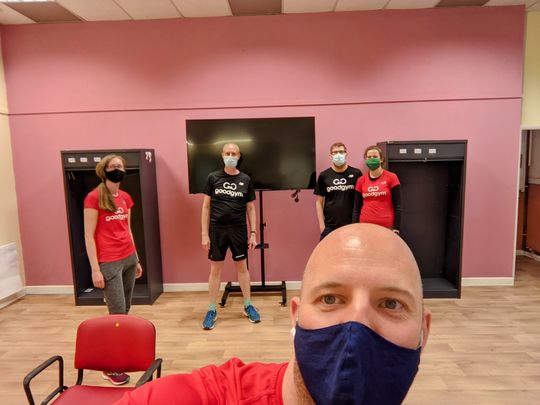 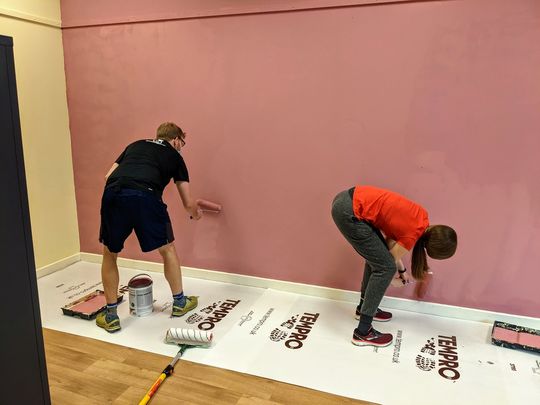 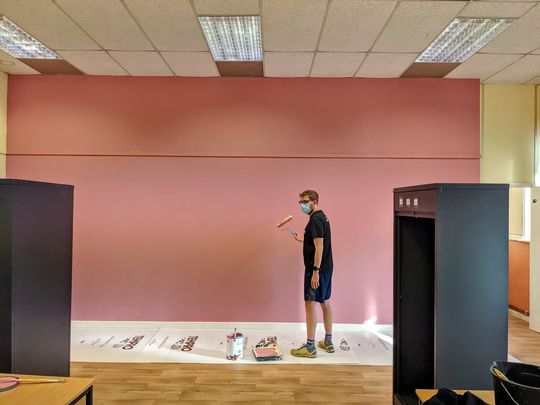 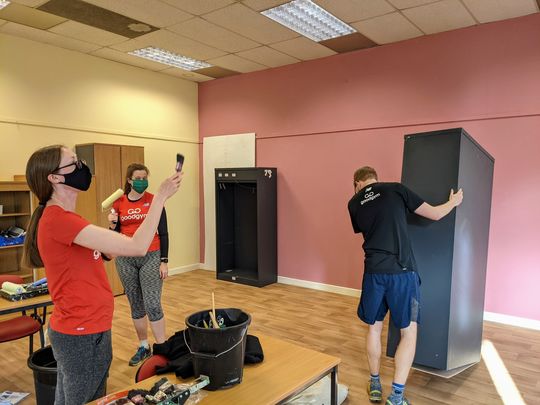 This week we were back to the Mencap centre, helping with their renovations. Following on from the great start me and Joel made a couple of weeks ago painting the feature wall in the main hall, we were tasked with doing some more painting.

Me, Joel and Fay applied a second coat of the beautiful Mencap Mauve to the feature wall and Andy and Rachel made a start on another key wall in a Gorgeous Green. We were also meant to make a start in the office but with only one step ladder to reach the higher areas we were a bit pressed for time so this will have to wait for another week.

First Andy and Joel moved the large cabinets out of the way of the walls we were painting. Me and Fay then began cutting in whilst Joel rolled out the middle areas of the feature wall. I’ve no idea how Andy and Rachel split their work up as I was concentrating on not falling off of the ladder but they did a fantastic job either way. As they finished their wall first they made a start with the washing up before they were joined by the rest of us. We even moved a couple of tables around as well and with the cabinets moved back we admired our handy work before setting off home for a well-earned dinner.

Thanks for all your help everyone, hopefully see you all again at another task shortly.

Next week we are back at the Great Baddow Community Allotment to turn over another area and make it ready for planting which you can sign up to here.