21 runners ran 8.1km to help the Growing Better in Leeds. 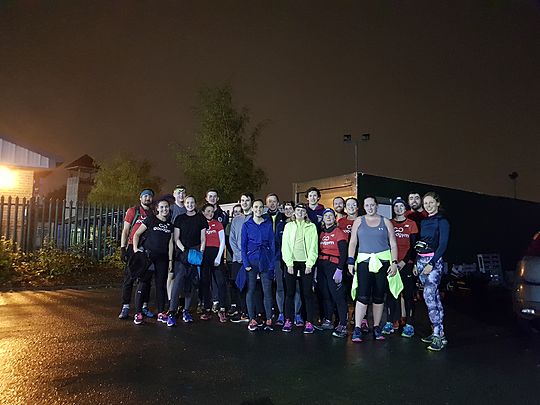 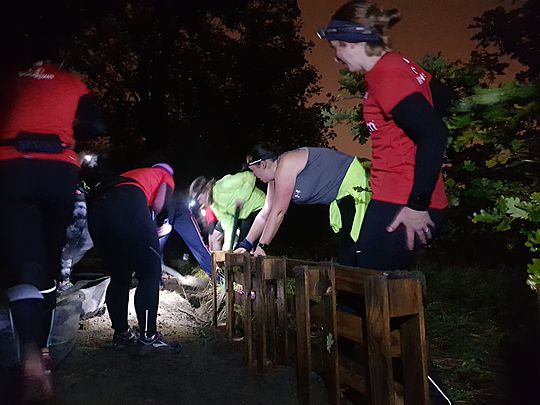 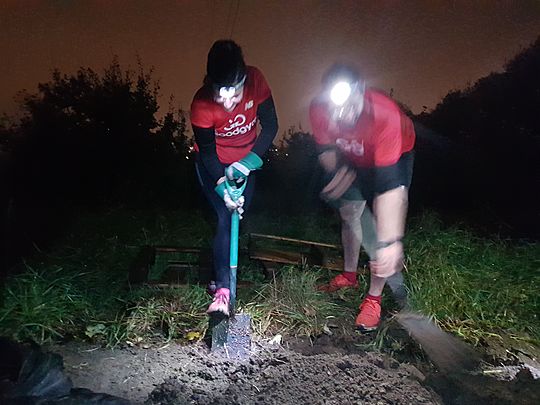 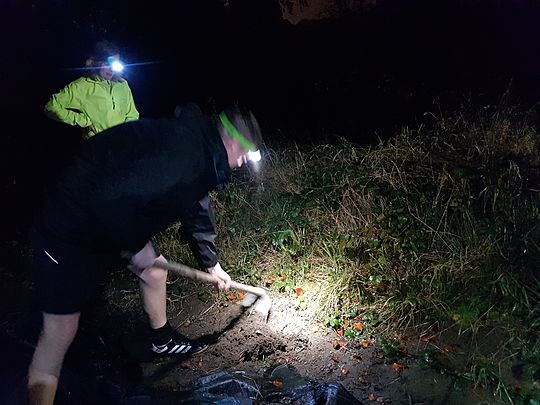 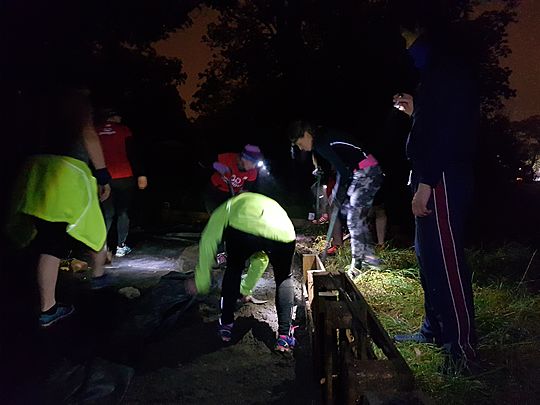 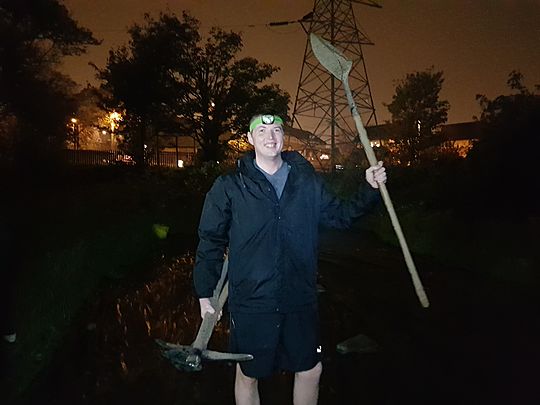 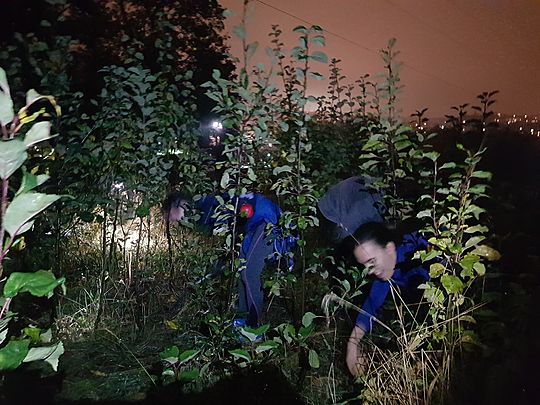 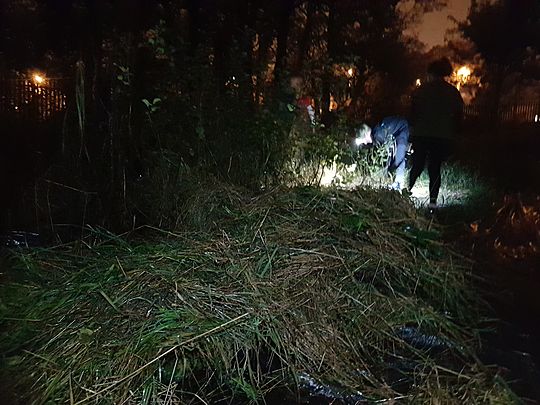 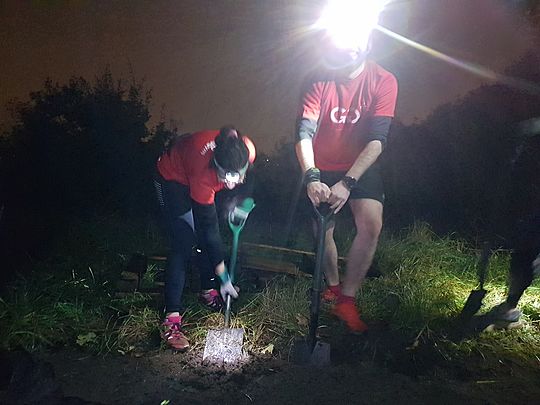 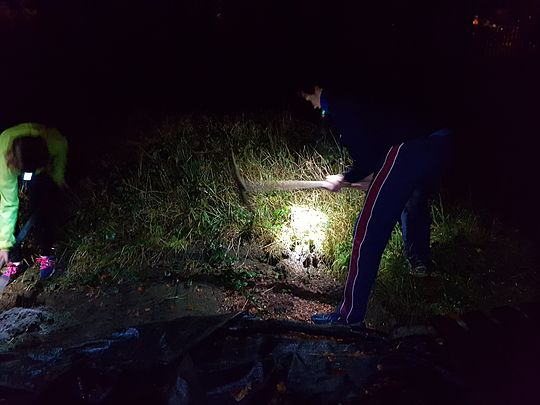 After a day of drizzly rain, and longer run planned, and with the cold weather officially upon us, you could have been forgiven for thinking we'd have a bit of a low turnout this week. Not a chance! An amazing 21 of you came to brave the elements for a trip back to Growing Better for more pallet fencing, orchard clearing and whatever else Dorota could find for us to do.

An extra special cheer goes to our 5 new runners tonight who chose one of our worst weather days to get involved. Rachael, Kayley, Joe, Alex and Chris, you're all superheroes! We also welcomed Carol, who joined us for the first time since moving up north after being a GG Lambeth regular. It was also her 10th different GoodGym area, so she's quite the tourist! Hopefully we'll see you all down again soon!

Heather took the lead for our steady run down towards the canal with all the talk on the way down seemingly about how horrible the hill was going to be on the way back! As we arrived at the task, Dorota, the task owner was once again amazed we actually turned up, and blown away by how many of us there were!

With quite a few of the group having been here last time, we knew the drill, and the experienced once cracked straight on with the job. A small group got straight into clearing a pallet of heavy bags and moving them behind the shipping container, while everyone else took the tools across to the allotment. Apparently a chain of bag passing quickly formed and the mini-task was over in no time.

The rest of the crew split into two groups: one got stuck in to building some more fencing around the edge of the allotment; the other were weeding and clearing the orchard. For the Pallet Fencers, there was general amazement at the quality of our work last time we were here:

"I can't believe they're still standing! They're actually quite stable." Heather, GoodGym Leeds

Those who had been here before jumped straight into trench digging to make room to slot in the pallets. I'm not sure if the ground was softer from all this rain, or that knowing what we needed to do helped, but we seemed get moving at quite a pace.

The orchard was a buzz of activity, with a huge pile of grass forming, and weeds being chopped out all over the place. At one point I thought we were going to lose people in the trees but the bobbing headtorches let me know all was ok!

By this point the bag shifters had returned, but had been sent off to find more spades, shovels, shears and whatever else they could lay their hands on.

"Some more tools are on their way" Aron

We were really flying now, and the arrival of some new tools sparked a lot of excitment. We had two never-before-seen-at-GoodGym-Leeds tools tonight with both a Mattock and Pick Axe. Newby Alex was wielding the Mattock like a pro, so much so that people were feeling a little intimidated.

"I'm actually a little scared of it!" Katie, GG Leeds

This also sparked off a conversations about our favourite tools, so in no particular order, my top 5 are:

Now came the (even more) fun part of the evening. The plan was for a steady group to lead the way, and the rest of us to hunt them down. We split up with Heather once again leading one group, while my group cleared away the tools and got a tour of the hydroponic planting.

Once we rounded everyone up, the chase was on. We still stayed as a tight group, but the plan was to run just a little quicker, which was going to be testing up the huge hill! Everyone ran really well, but it seemed the steady group had somehow sabotaged the road crossings and we got a red man on every set of traffic lights. As we turned each corner we hoped to spot the advanced party but to no avail. The steady group won this time, but it's not over!

We finished up with a quick stretch and a chat, leaving everyone* to head home to dry off and warm up, with at least one GoodGymmer (who shall remain nameless) seen sneaking off to the chippy... You made me very jealous!