6 GoodGymers made their way 6.0km to help their local community in Southwark. 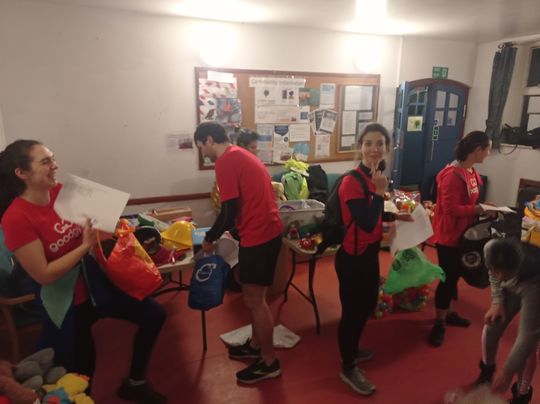 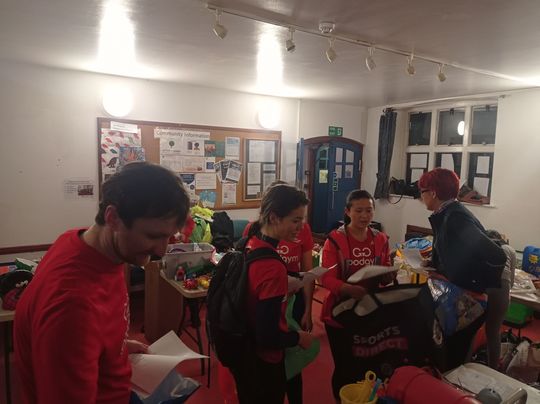 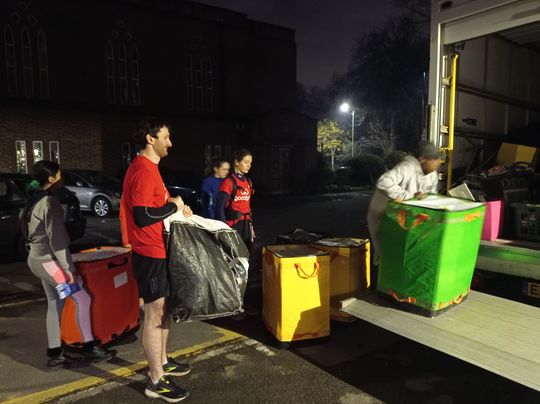 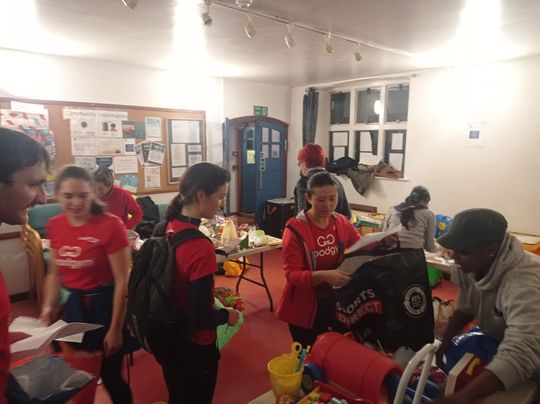 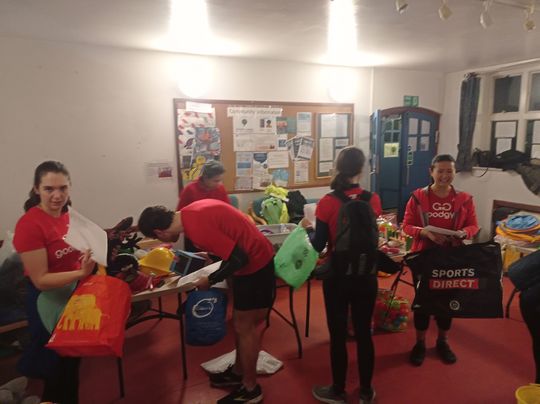 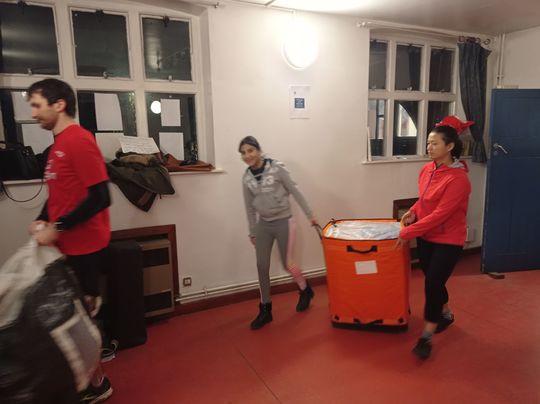 Not to be mistaken with the Green Bay Packers....

On a cold Wednesday night, six GoodGymers met in the warmth of Old Spike Roastery where Andres (Old Spike manager) was still packing up for the night. Sam caught up with Gemma and Nelly as he hadn't seen them since his time back. We waited until 18:45 before proceeding with the GG speech and a warm up outside.

Sam's ice-breaker question tonight, was to do with the fact it was Black Friday and Cyber Monday and also the start of advent the next day: What did you buy during Black Friday or Cyber Monday OR are you starting any special advent calendar?

Nelly got something for her niece, but we found out that the rest of us didn't get in with the deals and Daryl is against capitalism. Plus, only Sam is doing some different for an advent calendar by adding a running/walking kilometre a day....he did this last year and lasted until day 12....

We arrived at St. Faith's Community Centre on time, but we were missing Daryl and Nelly as we lost them along the way. Oooops!

Once inside the warmth of St. Faith's Community Centre, the volunteers of GROAD were already getting stuck in, so we joined them in the task of getting a school each with a details of the families printed on these pieces of paper. We had to put one toy per child in a bag, so if there were two kids in a family....that bag would have two toys (according to the kids age and gender). This proved harder than expected as we were limited to the toys we had and we had a lot of baby toys, so when it came to those who were 8+, we struggled to find them any decent toys. We made a note of this at the end of the session to give them books.

The session zoomed by as our last task before heading off was to bring the boxes of toys per school to the GROAD van as Andrea will drop them off next week. We did not wait around as it was getting cold, so we rushed off into the night and 3k later we were back at Old Spike!

A personal thanks from me to all those who came out tonight! It was a colder one, so hopefully the constant running kept you warm. It was a uphill and downhill run route and apologies for losing Daryl and Nelly along the way there!

GoodGym is all about getting fit and doing good! We praise the runners/cyclists/walkers who come to get fit and help out, but we often forget about our task owner. I would like to take this opportunity to thank Andrea for giving us such a meaningful task to pack re-purposed toys for local kids. You do an amazing job for the community around us and deserve this month off! See you in 2023!