Gemma went on a group run 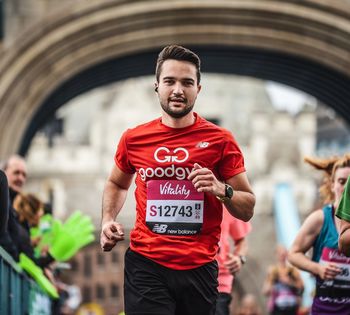 Course record on a cold Sunday 😳

A fresh and cold start to our Sunday morning as the bitterly cold winds brought out four GoodGymers: Daryl, Gemma, Gillian Dulwich and Sam to assist Peckham Rye Juniors parkrun team with various roles such as marshalling, funnel manager and timekeeping.

84 kids and their parents showed up despite the weather and there was even a course record of 6:42! 😳 3:21 a kilometre ♥️ and smashed his own previous course record by 9 seconds

Gemma signed up to a party.

Gemma signed up to a group run.

6 GoodGymers, including first timer Leigh, came along on Saturday morning to help out at Kingswood House, a 19th century mansion that used to be owned by the inventor of Bovril!

Kingswood Arts are working towards opening for the public in April. Today's task involved continuing to clear a room at the back of the property that was started on Southwark's Wednesday night group run. There was appliances and furniture that needed to be moved down into the basement in order for the floors to be restored. The room used to be an orangery and the Kingswood Arts team are planning to make it into an indoor garden. We got to work while Jack from Kingswood Arts made us hot drinks. After an hour and a half of heavy lifting, Jack was happy with what we had got done and made us a round of Bovrils before sending us off with donated bread that was going to go to waste.

Impressive teamwork getting those cookers and the sofa down the basement stairs (and we even had our very own "Pivot!" moment)!

Gemma signed up to a community mission. 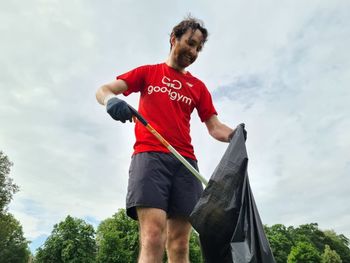 Daryl, Gemma and Sam met up at the Great Exhibition at 19:00 to flyer around the East Dulwich area for GROAD'S latest drop off centre on Darrell Road.

Andrea had dropped off 150 flyers at St Faith's Community Centre, which Sam picked uo after work.

Amongst the three of them they flyered all of Hardiman Road and Darrell Road in 25 minutes! 😳