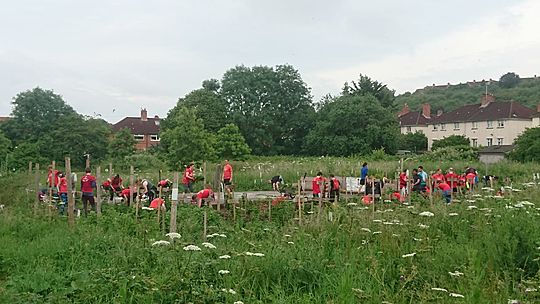 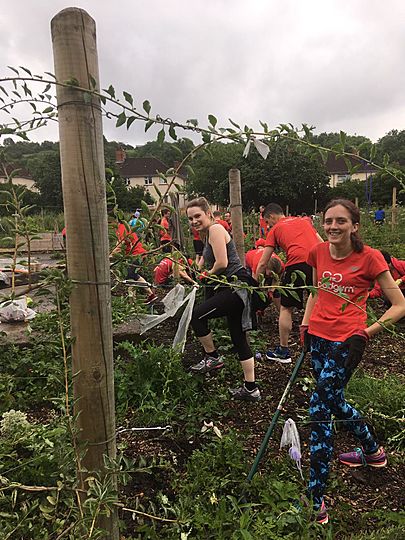 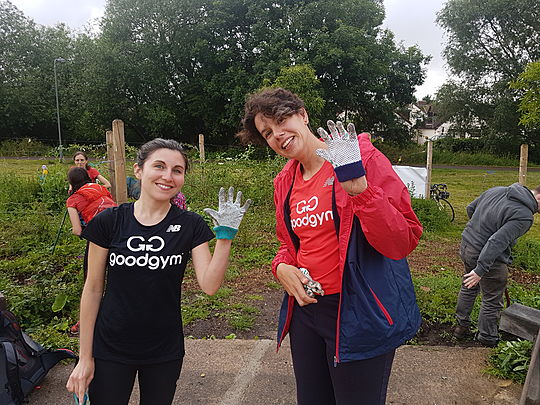 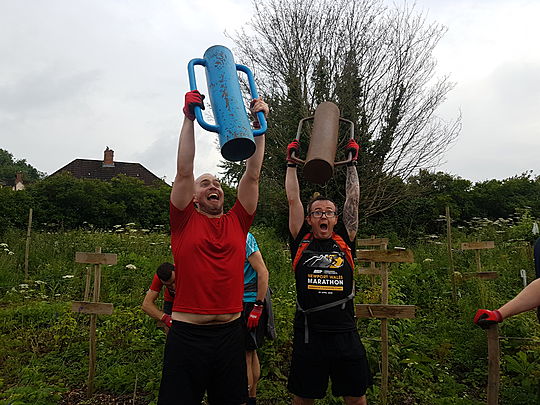 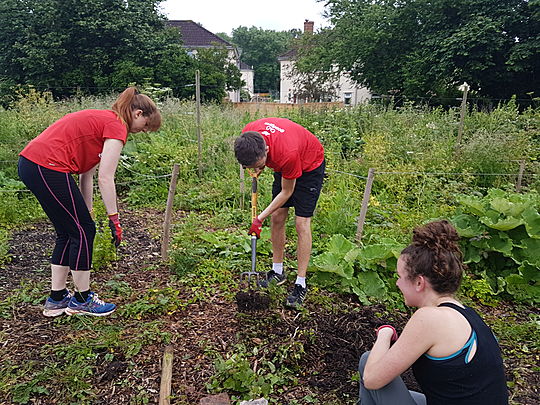 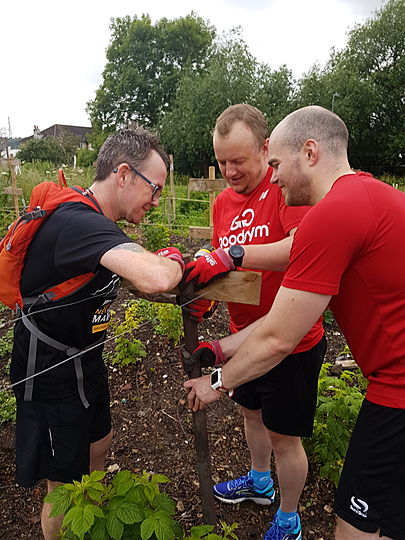 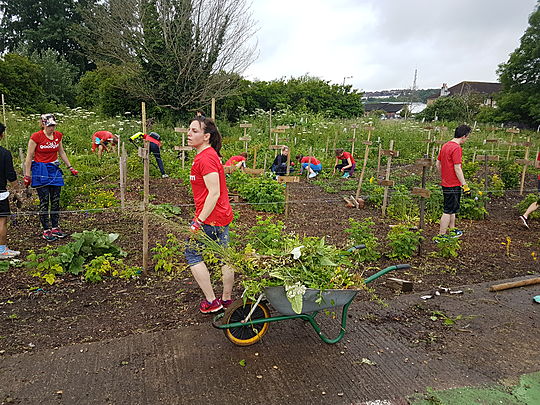 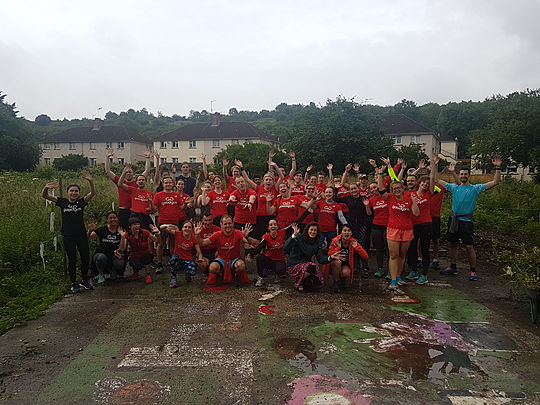 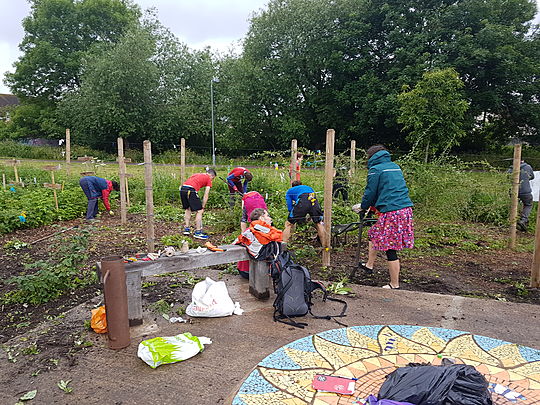 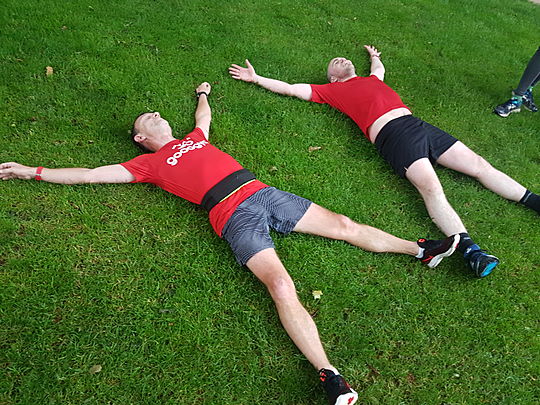 In a gap between rain showers (it never rains for GoodGym) 43 weedy nice Bristol dwellers took a few hours out of their evening to run 6k and help at the Malago Greenway Berry Maze. In recent weeks some unsavoury (and by that I do not mean sweet, which I guess would be the opposite to savoury but very much not suitable on this occasion) characters have vandalised the berry maze and we wanted to come and help as much as we could to get them back on track with their fantastic community project which has taken a unused and often fly-tipped area of green space and turned it into a beautiful, educational and enjoyable area.
We met at Workout, and after a hokey-cokey style warm up we split into two groups; the first led by myself and backmarked by the ultra-crazy Matt, the second led by Danica and back marked by our cake queen who never gets a soggy bottom, Alice.
On our arrival Germinal and Luke were pushing around two wheelbarrows of tools ready for us to let loose on the juice factory (berry maze). Their faces lit up in shock and a-maze-ment as 43 runners arrived to do as much work as possible in under an hour. The team was introduced to the project and its berry worthy cause before splitting into groups. 6 of the strongest around (well keenest maybe...) took on the role of bashing in posts to replace those that were vandalised and the rest spread like jam over the area to clear weeds. Wheelbarrows were filled with unwanted greenery and posts half disappeared into the ground leaving them strong and upright able to hold the laziest and most fruitful of brambles. Our red t-shirt wearing army of good tore through the weed faster than hippies at Woodstock, and did more fencing than Zorro facing Arya Stark in a fight to the death. When the leader of the maze project, Raluca, arrived 10 minutes before the end she was astounded and incredibly thankful for all the help we were able to offer in such a short time.
Once the time had come to leave we tidied up the tools, took a group photo and ran back to Queen Square. The faster group did a few progression laps of the square before we all stretched and Alice reminded us just how much cake is involved in all the GoodGym tasks coming up over the next week. Seriously, dough you might not know it, flour runs may bake some effort but should you rise to the occasion there's often a slice treat at the end!
Thanks so much to everyone who came along tonight, Raluca, Germinal and Luke were incredibly impressed and thankful for everything you have done. We all prove that despite the wreckless and mindless actions undertaken by a small proportion of our community, there is always a bigger heart of kind and thoughtful people to outshine them. Shine on, you crazy diamonds!