6 runners ran to help the Alara Wholefoods in Camden. 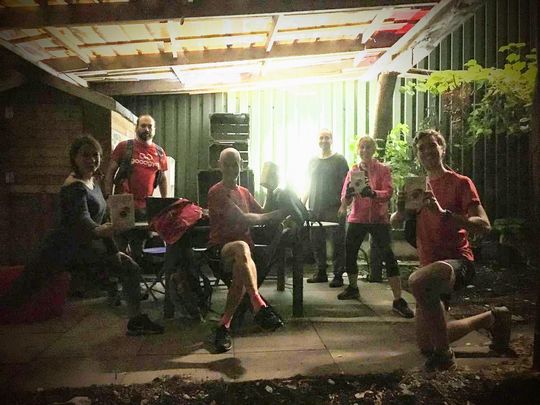 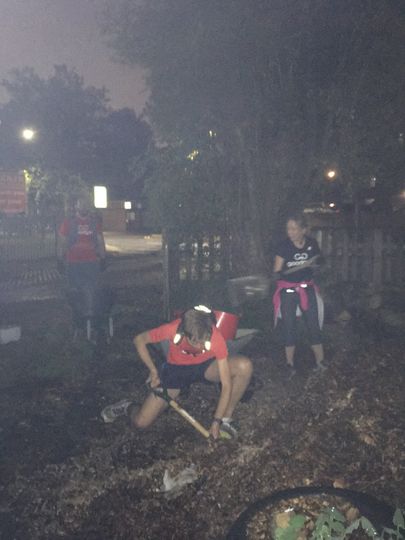 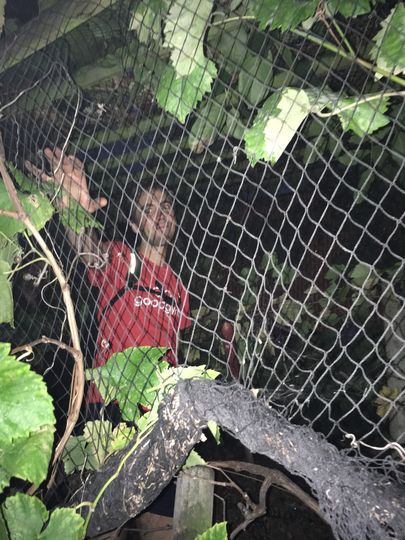 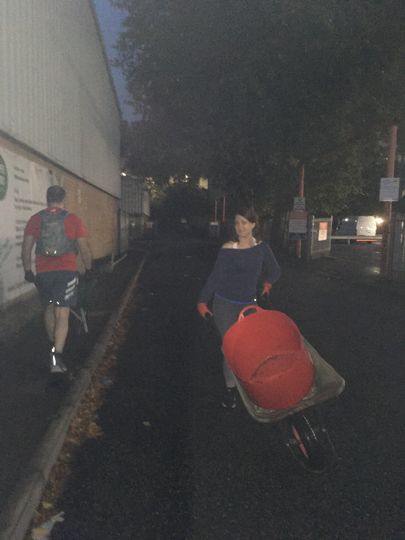 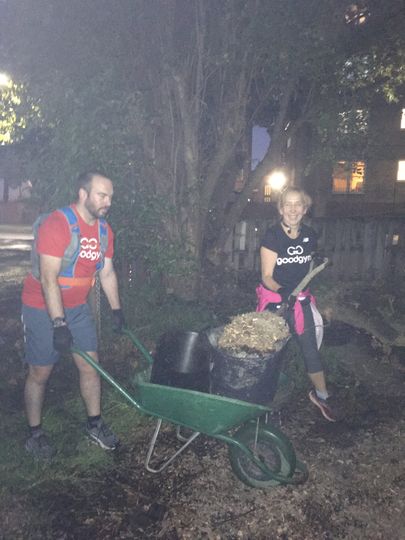 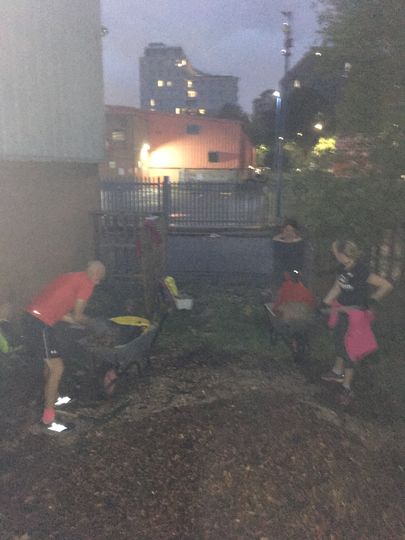 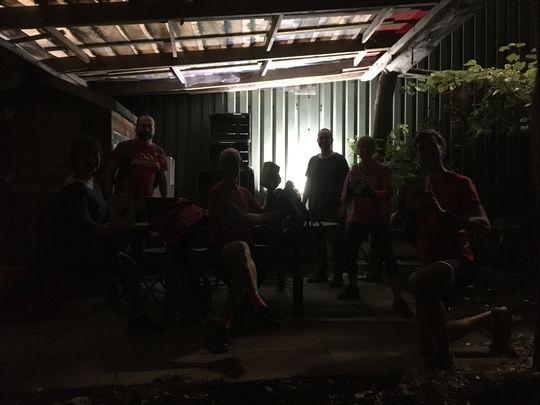 This week GoodGym Camden's regular Wednesday run was to local favourite Alara Wholefoods, an organic cereal factory and permaculture garden tucked away on Camley Street behind King's Cross and St Pancras. Who'd have thought there'd be vines growing so close to two of London's busiest stations?! But there are, and our task for the night was to MULCH them.

Paul, Steve, Graham and Rosie met outside local community hub The St Pancras and Somers Town Living Centre (closed to the public, but still open online) and after a lively warm-up, distanced themselves in a pandemic-appropriate manner for the 7-minute jog up the road to the factory where they were joined by Sally and Katie. Alex, who founded Alara, is used to welcoming GoodGymmers and he had all the necessary tools neatly laid out in rows ready for us to get on with the task. After a quick explanation and safety briefing, we set to work! Steve and Sally tackled an enormous pile of compost-woodchip mix, shovelling it into buckets and loading them into wheelbarrows. Katie and Paul took the barrows round the side of the factory to the vines, handing them over to Graham and Alex who raked the mulch over the roots (sampling a few of the grapes in the process). Rosie bossed everyone around and took photos that were either blurry or much too dark.

An hour or so later the mulch heap was half the size it was at the beginning and everyone's backs and arms were feeling nicely exercised. Sally and Katie took their leave and the remaining four ran back the way they had come, stopping for a final stretch and a chat before heading their separate ways.

Who doesn't love a bit of mulching! Great report Rosie.