31 runners ran 6.0km to help the Cecil Sharp House and C4WS in Camden. 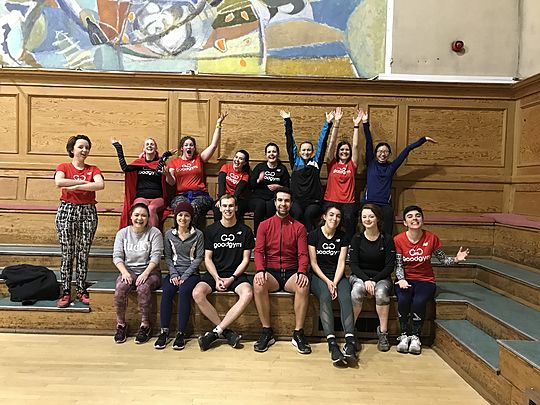 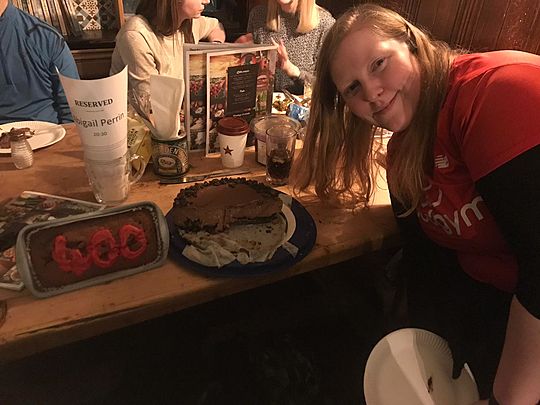 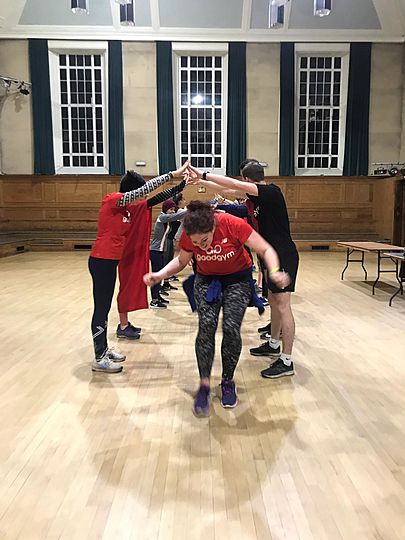 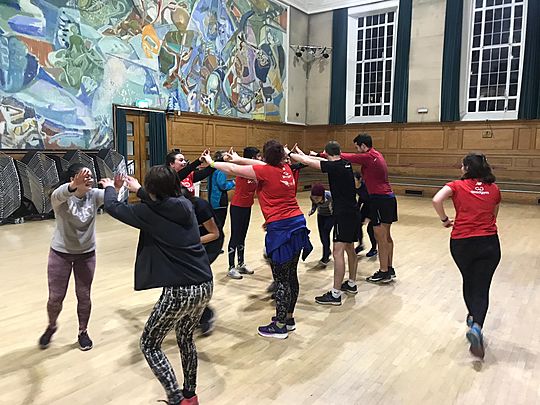 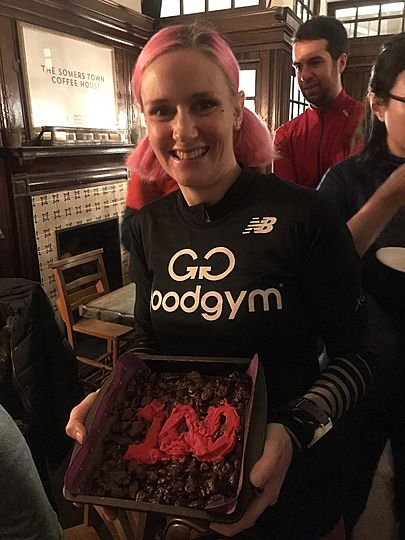 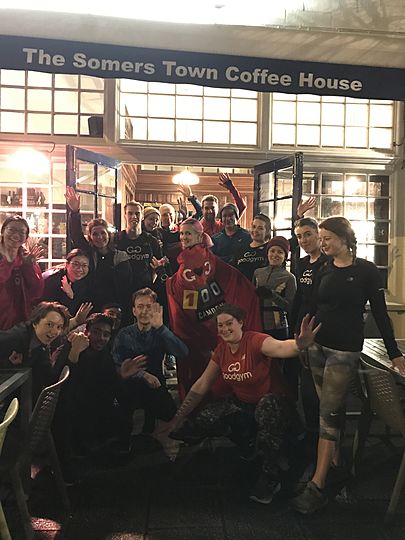 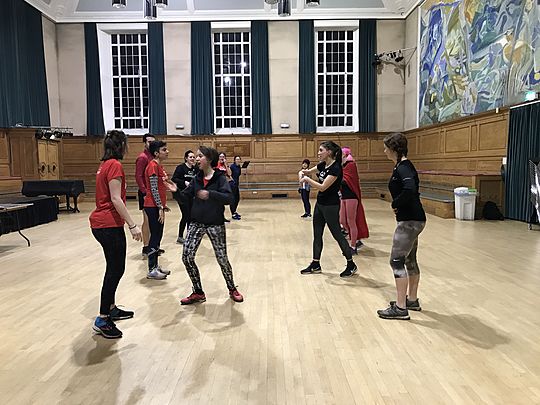 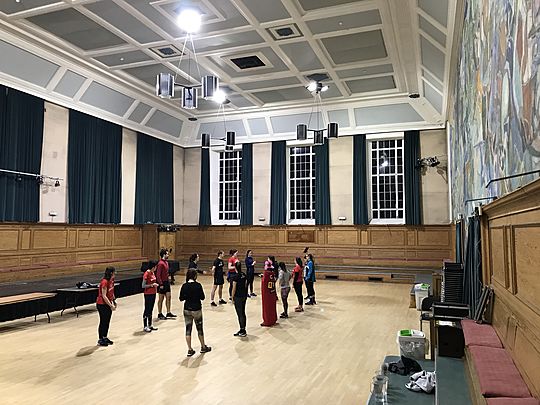 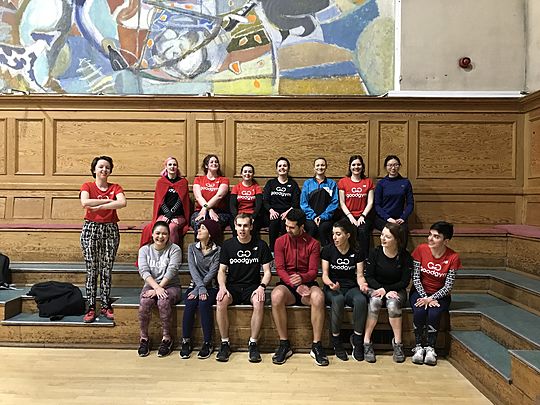 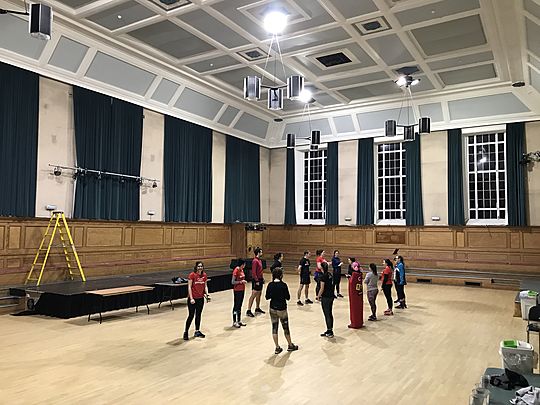 31 GoodGymers were out in force around Camden last night - the rain held off just long enough for us!

After a power cut at the Living Centre, we had to regroup at the Coffee House (our usual pub ending point for the run) and leave our bags there.

NOTE: This will be the same drill next week as there's another power cut planned for Wednesday 26th Feb. Make sure you come to the Coffee House, 60 Chalton St, Somers Town, London NW1 1HS for 18:45 next Wednesday.

After a quicker than normal intro speech, we had not one but two big milestones to cheer:

There was so, so much cake in the pub that was it was difficult to peel ourselves away to go running in the wind, but Reader, we did and we did well.

Having volunteered as tribute to look after the bags in our usual pub, I spent my time scaring people away by alternating between reading science(TM) documents (not aloud), and by overloading them with cakes/biscuits whenever they ventured too close (cakes/biscuits courtesy of Beth). The scaredy-cakes worked, and everyone's gear was still there at the end of the run.

The team of 12 runners, led by Chris, headed off earlier than the rest of us to get down to C4WS to make the beds for the homeless as normal. We've only got a few more weeks running there now, so if you'd like to make beds and you haven't before, come along on Wednesday nights - our last evening of bed-making is on the 25th March.

12 runners made 12 beds - 6 men's, 4 women's and 2 volunteers up on the stage. Nice. After that it was a longer run around Camden, coming in at 5.8km in total before the C4WS team arrived back at the pub ahead of the ceilidh-ing crew.

Hitting the pavement up to Cecil Sharp House, we arrived in good time for Susannah but unfortunately she was nowhere to be seen! We searched around and spoke to the reception team but nobody could get through. We couldn't into the shed to get the tools and there was no information left about the task so we couldn't get stuck in as we normally do so instead we danced!

While we were waiting to see if Susannah was just running late, the staff let us come out of the cold into the dancing room (and Strictly rehearsal space, apparently!). The inimitable Lizzy with her font of dancing knowledge then became the impromptu ceilidh instructor and, luckily, we were even numbers so everyone had a partner. After a few practice run-throughs of the different steps, it was time for the real thing and boy, was it a wonderful sight.

A few times through, it was time for us to run back to the Coffee House, full of beans and with empty stomachs ready for the cake-geddon that was to follow. For the lack of doing good in the community, we certainly came away feeling that we'd done some good in the GoodGym Camden community - the laughter was never-ending as we were dancing.

I think we saved a night of a few mishaps. Well done all. There'll also be a ceilidh social at Cecil Sharp in April, so come along to that!

COMMUNITY MISSION: This Saturday, a team of us are going to the Great Croft Age UK day centre gardens to help out with some weeding and organising. Jade and the team are working on the next phase for the garden and need our help to get the plans in motion. We'll meet at 1pm on Saturday by the gates to the gardens on Harrison Street - sign up now!

NEXT WEEK: February has been a strange month for tasks - everyone seems to be on holiday or not replying to emails. We'll definitely be going back to C4WS but the second task is TBC. Get your name down and I'll look forward to seeing you there with us. Meet at 18:45 at the Coffee House, NW1 1HS instead next week, instead of our normal meeting place!