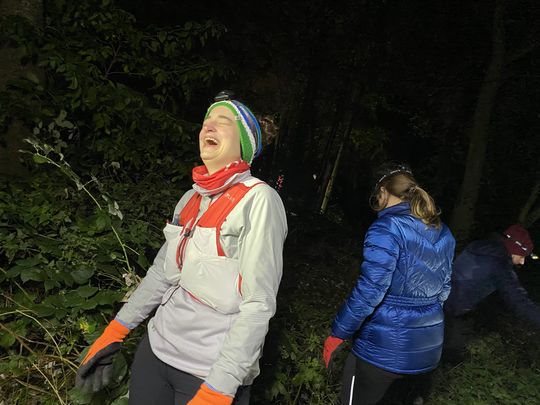 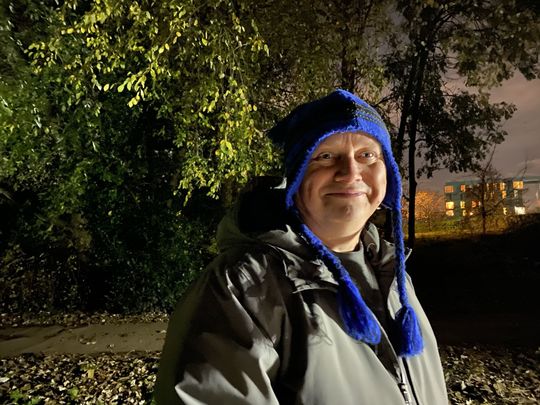 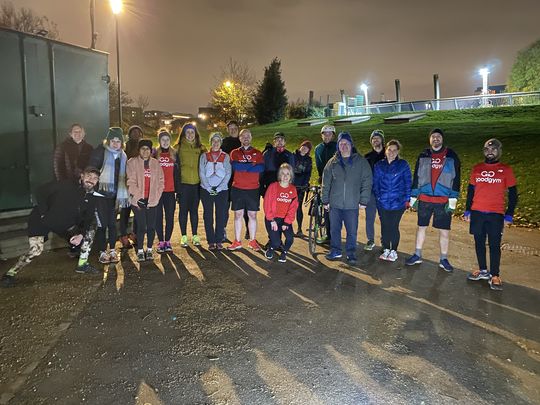 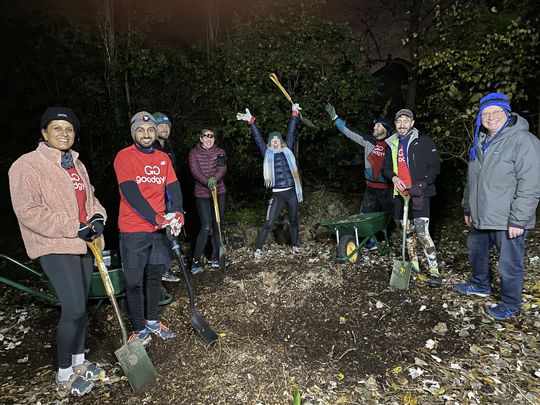 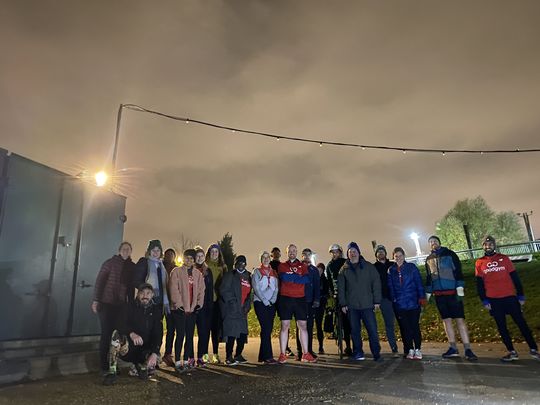 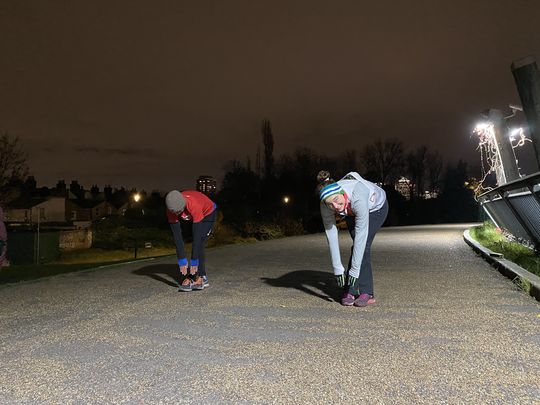 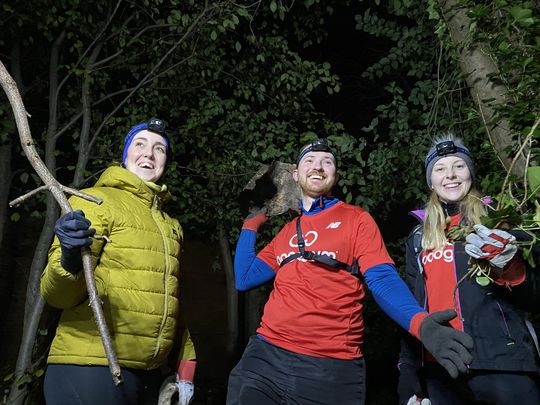 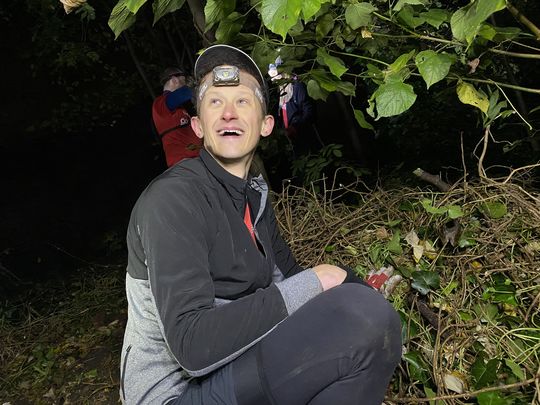 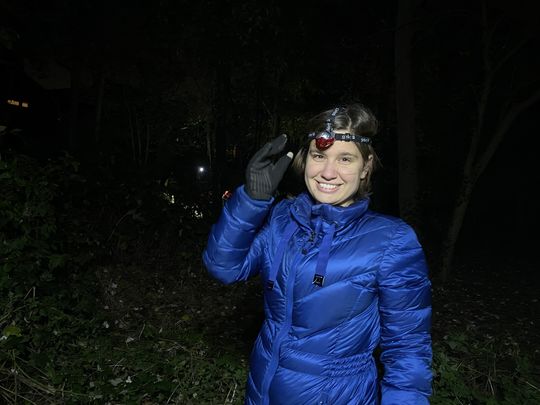 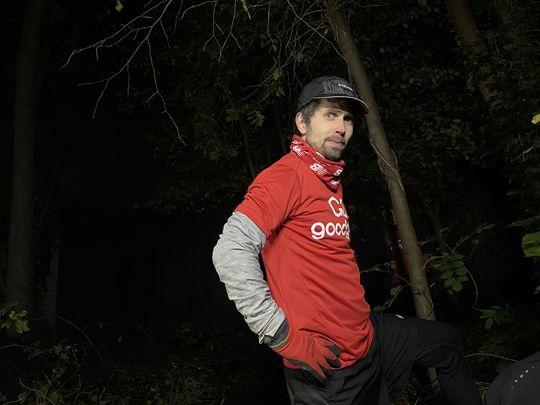 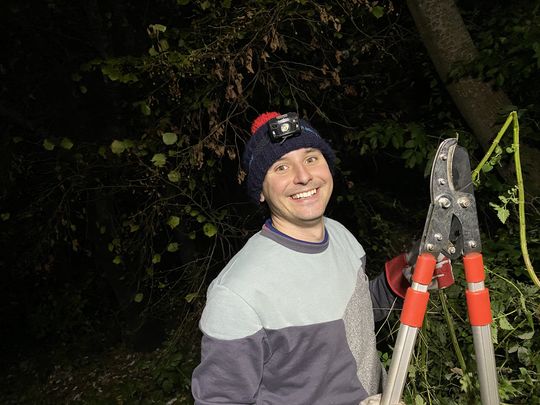 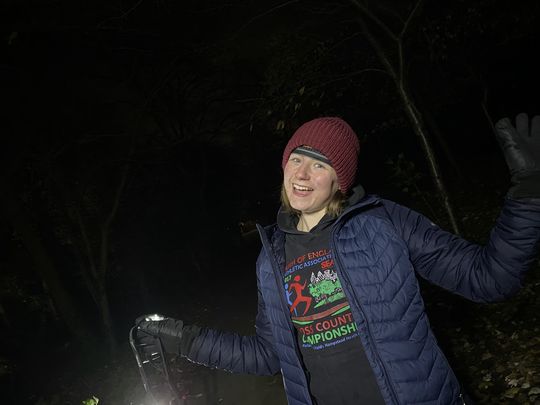 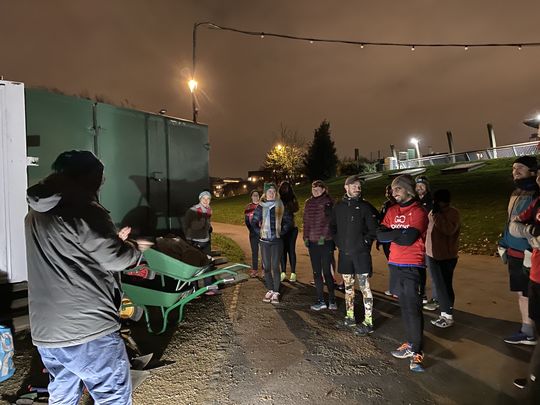 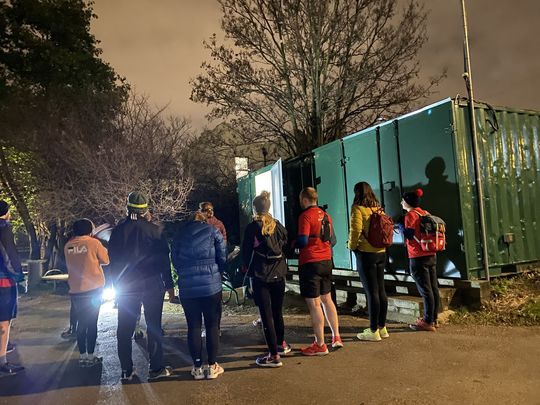 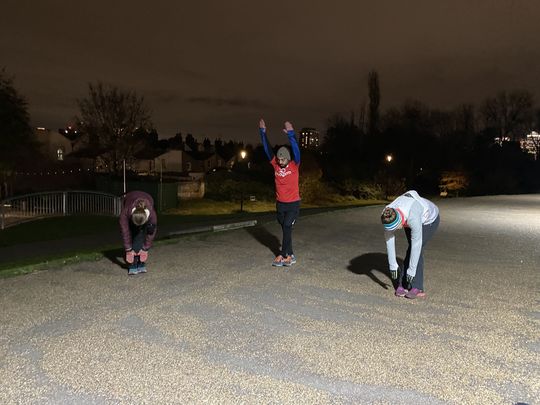 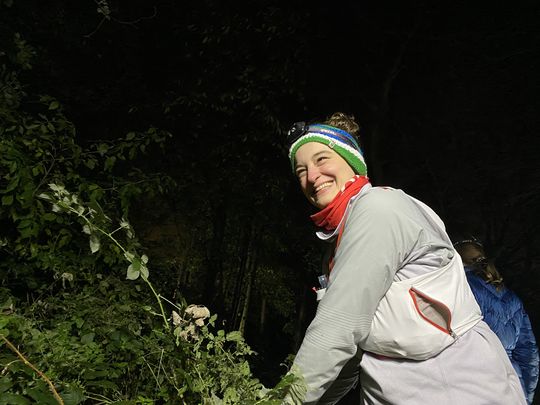 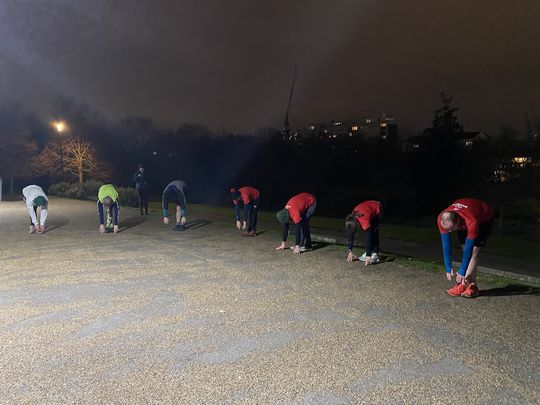 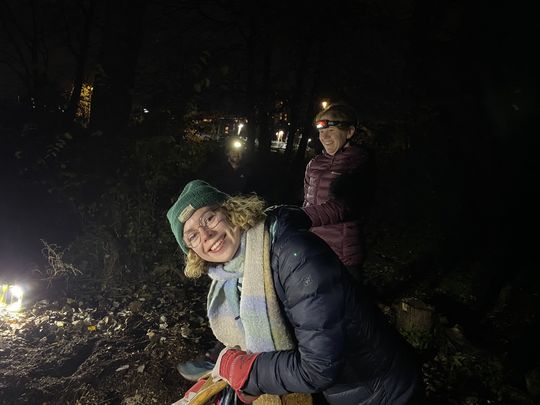 It was a splendid start to the night: a good-sized crew gathered above the well-lit Art Pavilion in Mile End Park to speed through thirty minutes of the sweaty stuff this evening.

It was a chilly one and the team didn’t stop.

Off they sped through the usual tough balance and abs moves; running drills and stretches. And to top it all off, we enjoyed an impromptu segment taught by Ivo: partner exercises, hip strengtheners…We were very lucky indeed.

And then we went to meet John, our task owner from Friends of Mile End Park, an 'independent and inclusive group that will play a role in ensuring that the Park is developed, cared for and used in ways that actively involve and benefit the local community.'

But before we moved on to The Main Business of the Night (woodland clearing) we paused to congratulate Beth on her 1000th good deed. Beth does a lot of GoodGym. A lot. And keeps pretty quiet about it. But what an asset she is, to so many.

John then gave us a thorough briefing, with plenty of health and safety, including The Story of the Buried Offal, and other nasty need-to-knows.

Off to the woodland we marched, complete with lights, spare gloves and a can-do attitude.

Teams were divided into three: one shovelling and wheeling woodchip in an attempt to uncover The Missing Snowdrops; another headed to the ivy area, to clear the pathway, while a third team tackled beastly brambles, taking their life into their hands as they got stuck into the grim greenery.

It was all go, I can tell you. Barrows were filled, ivy un-knotted, kitchen implements uncovered (will explain another time).

Despite freezing temperatures, spirits remained high and productivity off the scale.

At gone-8, we reluctantly agreed to call it a night, before dimming lights, posing for pics and saying cheerful cheerios, with a promise from John we could return soon.

To Joel for this evening’s fabulous pun.

To Ivo for leading some fab last minute fitness.

To the Central team, past and present, who came to show their support and respect for Beth, but who boosted morale and warmed spirits more than they could realise.

To John, from Friends of Mile End Park, our brilliant task owner whose planning, humour and commitment to our activity always makes our night.