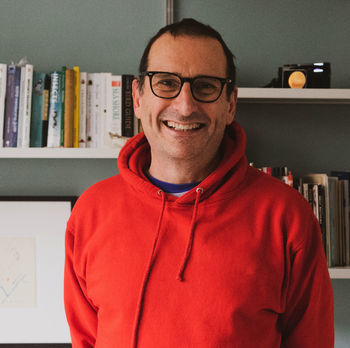 It was that sort of day, where we said our farewells to last years goodgym and welcomed in a new one for 2022. No better way than to clean the streets and reset the City for a new brighter goodgym future.

Eight plucky goodgymers got out and did good, plenty of chatting after two weeks off and a very different city as the Winter brightness had already reduced, Winter Wonderland had gone and the tree outside the Castle did not have long left in it!

Don't forget to get signed up for the weekends, (I will need to let junior parkrun know how many are coming on Sunday by Thursday).

We have our first line in #BINGO - congratulations to Emma.

It's a New Year so a New City Clean Up - yes that's correct, it's PLOG time. If we have people who don't want to run we can also put on a litter pick option, but please leave a comment so I know how many litter pickers to bring with me.

Starting from January 01st, we have a new BINGO card to complete.

Challenge yourself, you can complete a line (including diagonally) or go for the FULL HOUSE and complete all 31.

Do it for fun anyway that you want, or let your competitive side loose.

Please send any photos to michael@goodgym.org letting me know which square they are for, or directly to my WhatsApp. This will be for the report.

Tonight's Pun is a good Welsh one, for the good serious goodgymers in Wales. We braved the Storm for what should have been a litter pick / scavenger hunt, but soon became a battle to keep bags in check and not getting blown away.

We fought for as long as possible, whilst still looking for some scavenger items so that we could, at least, say we had found a few. At the 45 minute mark, after sideways rain, we decided it was time to head back and call it a very rainy, windy, and somehow still fun day.

We celebrated afterwards, together with mince pies, a lovely drink and some gold coins.

Don't forget, we will be heading to Winter Wonderland on Thursday.

And just the two group activities left this year, so get signed up.

It has to be another litter pick, so to make it a bit different we are turning it into a scavenger hunt too.

Can anyone get all the items on the list??? You will need photo evidence for each item found (you will get points once for each item, so don't try collecting 100 cigarette ends as this will still be only 1 point)

Can't get you out of my SHED

After a rather rainy day, 6 goodgymers were not to be beaten. A smaller run tonight, just the 3km, but this allowed for extra time at the task - and a task it was to be.

After a small quick run we arrived at Samye, and whilst the crew had some water to quench their thirst our organiser Lorraine showed the task to Michael. The shed out back had become full of a lot of items, we needed to empty the entire thing and then move the shed around into a new position before filling it back up.

With six it was a fun game of pass the parcel, with the end person trying to keep items together in groups to make refilling the shed a much easier task. At times it did feel as though we were trying to empty the tardis, as things just kept on coming - we nearly lost Nathan in the shed!

Soon it was empty, and now came the next work out as we pushed and pulled until the shed was in it's new position.

If you were wondering why it needed moving, the extra space next to it will allow for a retreat building for people to come and experience mindfulness.

As we packed the shed once more, there was some additional planning to keep items that would be needed over the next few months, towards the front of the shed. At long, long last the task was complete, and just in time for some warming soup.

Shed Wars - we will be sorting out the shed.

We will be emtying the shed - like pass the parcel! Turning it around - yes that's correct! And then filling it back up in a lovely neat order.

Oh, and i may bring some mince pies too.

Mark is a now a fully fledged GoodGym runner. They've just run to do good for the first time. They are out there making amazing things happen and getting fit at the same time.

Plog Chorus - We all stand together

What an amazing night for a good deed, a beautiful crisp autumnal evening - leaves on the floor, an icy nip in the air, but a clear sky and lights all over for the wonderful season ahead.

The Perfect time for a PLOG / Litter Pick

15 goodgymer tonight, and WELCOME to our newest faces - Johnny and Mark, it's brilliant to have you along and we hope you come back soon for another experience of goodgym.

Two groups to set off tonight

A grand total of 10 bags of rubbish collected along the way, not bad for an hours' worth of walking / running. Some lovely crochet work also found along the way for Remembrance day - you can see it in the photo reel for the report.

For those who tonight had no idea of the song that we were on about when we managed to come up with a new pun using the word 'Plog' again - we have to run out soon surely........

Thanks for the warm welcome, I look forward to seeing you guys again soon.

Shed Wars - we will be sorting out the shed.