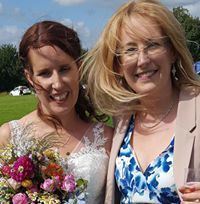 Whoop! We're back to see our very good friend Xanne at Emmaus's magic Tardis warehouse to do whatever needs doing - constructing, destructing, puzzling, cleaning and mainly wearing anything possible as a hat.

This is indoors, but in a very well ventilated huge warehouse - the enormous roller shutter doors will be open so there will be a gale blowing through the warehouse. Please bring your mask as well as your gloves :-)

After a good old GoodGym powwow in Queen Square, including celebrating Maria and Richard's Green Man Ultra achievements (30 and 45 miles self navigated!), Alice W set off for Brunswick Cemetery, Alice D set off on the longer route yo the SouthVILLE Centre and Maria headed straight to the Centre. Like Pied Pipers, they were followed by red-shirted runners and much chat was had.

Everyone was very impressed by the Sea Shanty Choir Melanie had laid on in the Cemetery* where we met up with the Council volunteers Jo and Di who had dumpy bags and some tools for our bindweed blitz.

We set to in three areas, determined to unearth the (probably dead) tree that was a cascade if bramble and bindweed, make further progress into the triangle bed (halted by the wasps who seemingly quite like bindweed) and a new section of wall of bindweed that stood no chance in the face of Caroline and Richard G who then invented the game of Bindweed Ball - hours of fun.

Vaguely Northern Darren proved that if you grab the same bundle of bramble theee times it hurts you three times, we discovered the the Polish and Czech for "ow" are the same, that sea shanties are a great accompaniment to bindweed bashing but the singers didn't want to come and get the satisfaction of bindweed pulling this evening - adding "I cant get no satisfaction" to their repertoire.

If Alice asks, of course the tree is still alive and will now grow back.

*may have been total coincidence

We're heading back to the bindweed-bound cemetery to see how many bin-bags we can fill with bindweed so it starts next spring in a much more healthy state.

Gloves are good, it's a needle area so we're always wanting to check each area visually before putting our hands anywhere near it. If you have hand tools, it'd be great to bring them, too - I'll update with whether I'll be driving and can therefore put tools into the car (not so green but it'll enable us to make the Cemetery less bindweed-green).

I'm still hoping to get another weekend-day session in so we can picnic afterwards, in daylight, to celebrate our work :-)

An elite team (of three) did an amazing job distributing Get Growing Trail leaflets and posters to shops, cafes and pubs around the harbour. A really nice run on a beautiful evening!

Get going for Get Growing

The Get Growing trail is an annual event run by Bristol Food Network to encourage people to explore growing spaces around the city. This includes lots of GoodGym favourites such as the Haven, Golden Hill Allotment, Easton Community Garden and Bramble Farm.

Our task is to drop off leaflets and posters to cafes, shops and bars around the harbourside area.

Get going for Get Growing