Without a hitch! (…but a rather muddy ‘ditch)

21 runners ran 1.0km have an amazing time in Hackney. 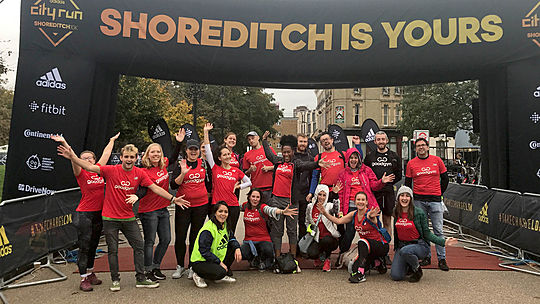 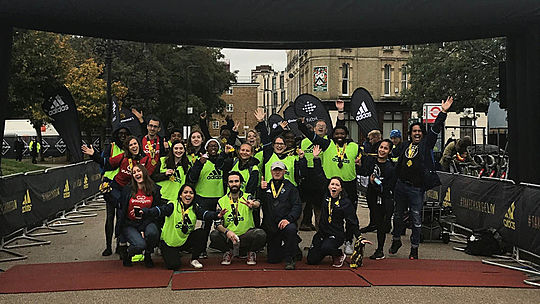 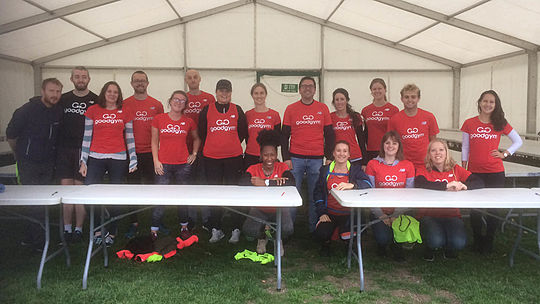 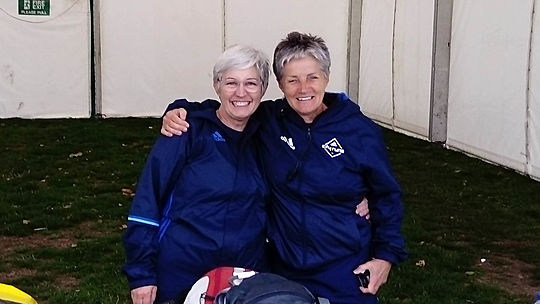 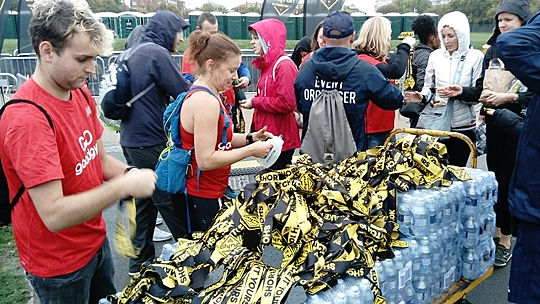 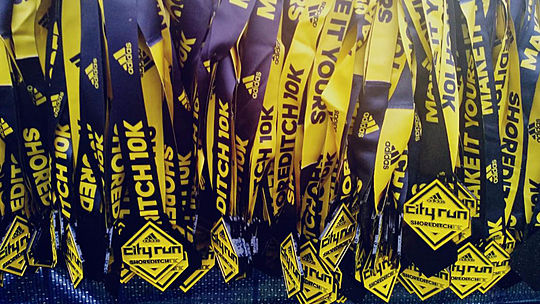 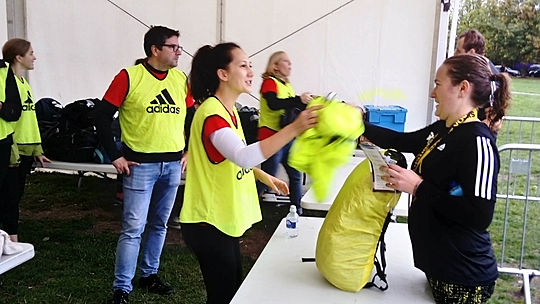 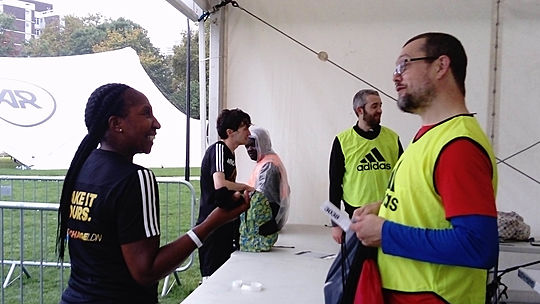 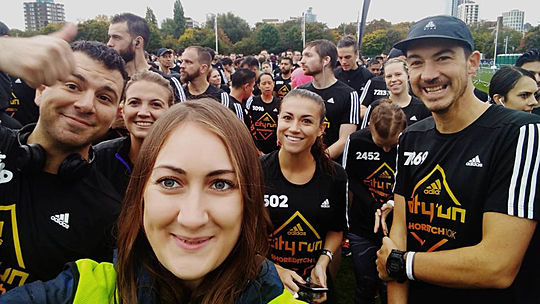 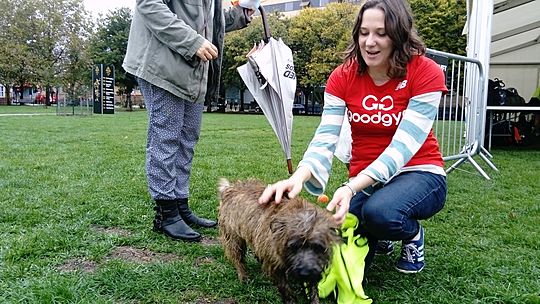 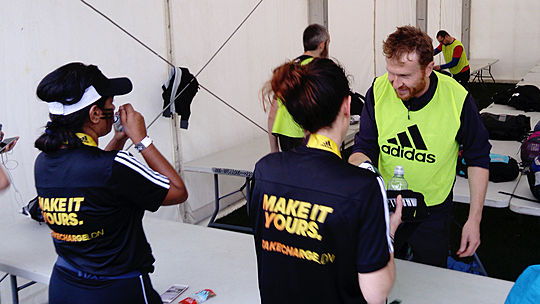 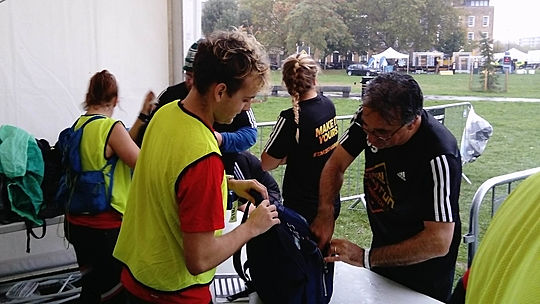 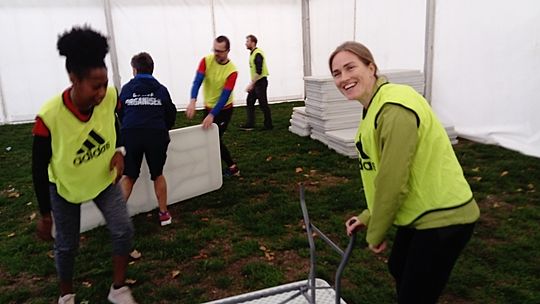 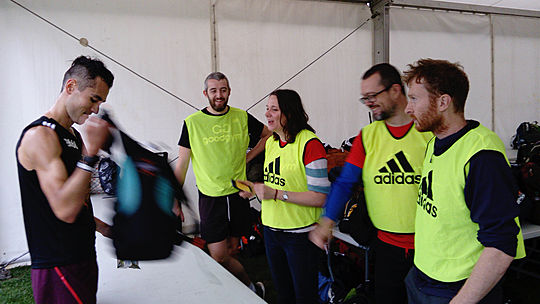 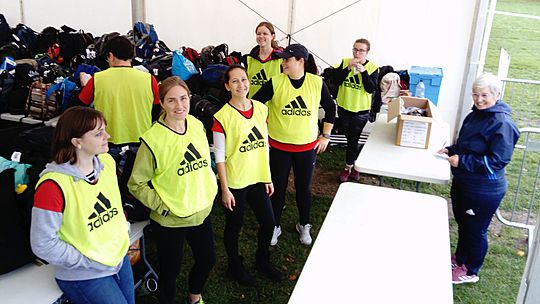 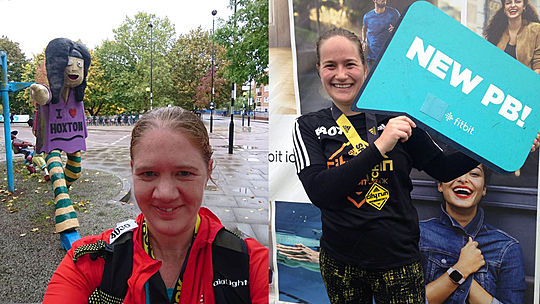 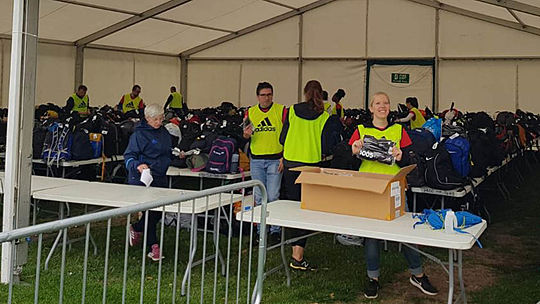 From Richmond to Redbridge and Hammersmith to Haringey, twenty one GoodGymmers came together from across the capital today to spread some cheer volunteering at the second Adidas City Runs Shoreditch 10K.

More and more English by the second...

After a bleary-eyed breakfast in the welfare tent we were welcomed and briefed by Mathilde, our contact from operations at CSM and then sent our separate ways throughout the race village. With the weather turning more and more English by the second, the majority of us headed over to bag drop, mercifully under cover. The rest donned Event Organiser cagoules and braved the rain to keep the competitors buzzing in the start kettles.

At the bag drop, what began as a trickle of people soon became a flood and before long us slightly sleepy volunteers were tripping over the bags and one another to negotiate the curious numbering system. As the flow of people intensified, so did the rain and some swampy puddles inside the tent were added to the elements in place to keep things ‘interesting.’ With the competitors now queuing in the rain, our tenacious GoodGymmers switched into high-gear and were turning them over by any means necessary.

With the later waves still bringing their stuff to the bag drop, those of us at the start were leading them through warm-ups with staff from FitBit, and making sure GoodGym shirts got as much time in front of the video cameras as possible (including an old shirt without New Balance branding no less, for optimum corporate diplomacy.)

Just as well as Princess Leia

With the gun fired and the race underway, quiescence fell over the race village and we were all able to prepare for the return of the competitors. With some expected back after just 34mins, those at the start were taken off and shown how to administer medals to people just as well as Princess Leia does.

The first competitor to return to bag drop had trimmed the sleeves from his top (tip there for anyone planning a City Run in better weather) and with us still beaming at him in admiration, he strolled off nonchalantly in silence.

As with when the bags were dropped-off, the trickle quickly became a flood and it soon transpired that almost everyone had come today with a black rucksack, so differentiating people's bags amongst the piles was something of a challenge. Nevertheless people seemed really buzzed to be reunited with their belongings and huge amounts of goodwill and smiles were exchanged.

At the finish line, this was Victoria’s experience of distributing the medals: “The conversations I got to have with finishers made the day for me. Some firsts, some PBs, some 15 kilogram weight losses, lots of hubby wife teams, families, sisters. Such a happy atmosphere! People were curious about my GoodGym t-shirt and with my expert knowledge of which areas run on which nights, I led an inadvertent recruitment drive pretty effectively. I loved cheerleading!”

Our work done, those of us at bag drop left the 'bag ladies’ (their words) the lovely Annie and Angie with the last few items and went with Mathilde to reunite with the start/finish line cheer crew and collect ourselves some medals and more free scran from the welfare.

As a token for their valiant endurance of the dim and drizzly morning, Our GoodGym volunteers each got an Adidas shirt and medal on the day, and will get 50% off entry to a subsequent City Runs race, the next one being the Fulham 10K next month, which we may have volunteers at also.

Big-ups to Juliet for help before, Victoria for help afterwards, and to both for photos; really appreciated! If you’ve read this far, you can prove it by going and giving them both a cheer!

Finally, congrats to Becky and Kat from nearby Tower Hamlets GoodGym who competed in the race, including a new PB for Kat! Boom!