51 runners ran 8.0km to help the Bandstand Beds in Lambeth. 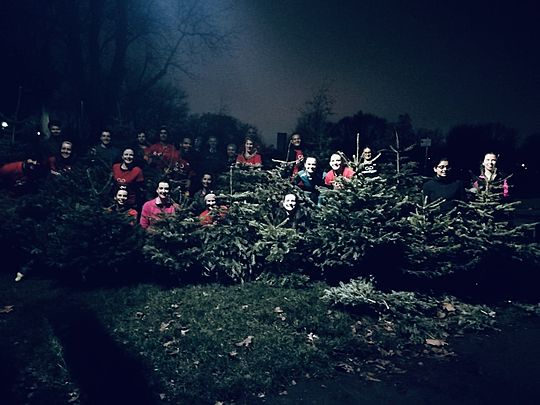 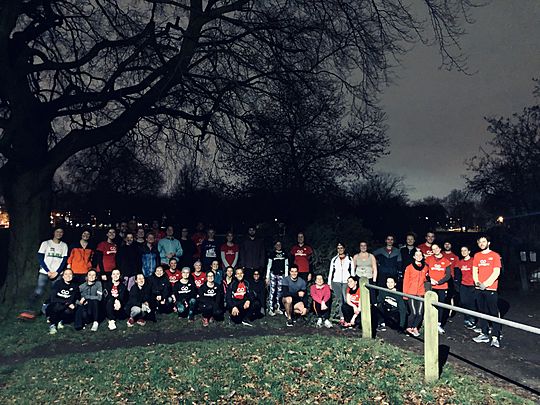 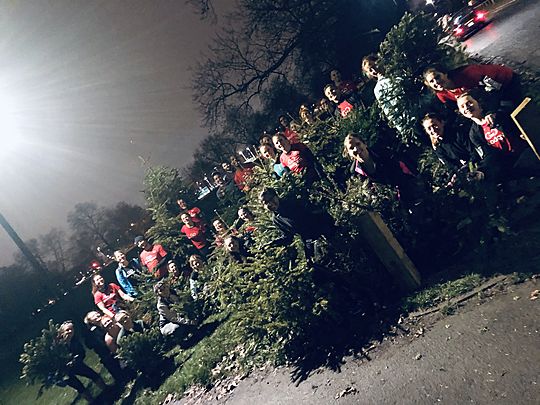 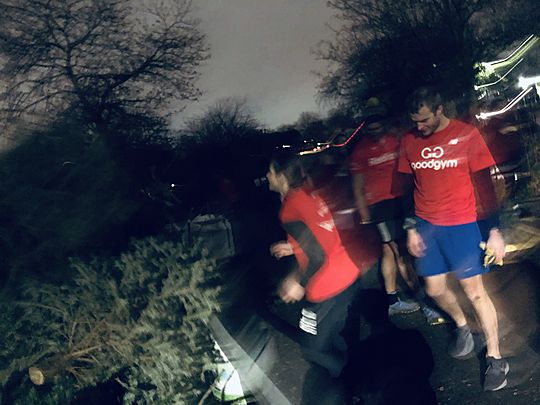 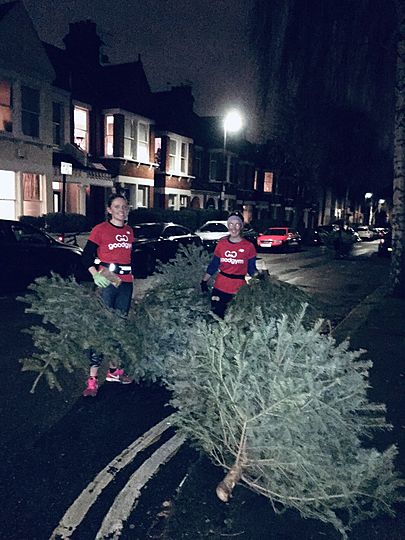 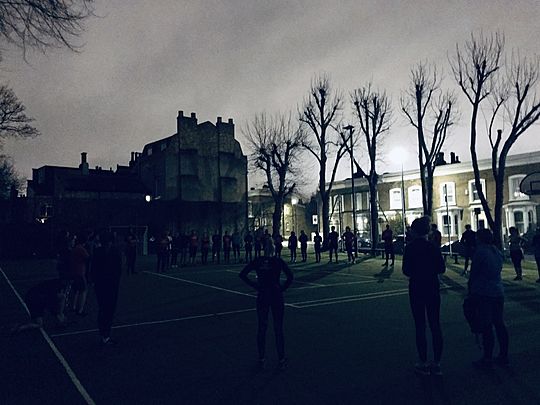 And some of those heroes were totally fresh to GoodGym! Massive cheer to Molly, Lawrence, Charlotte, Lara, Clare, Kirsty, Campbell, Jasmine, Faris, Mitch and Jessica. So great to have you along :)

Our task was simple - give Lambeth council a hand by picking up some of the trees from the roadside (they don’t have enough space for all of them in their van when they pick them up) so that they’re not clogging up the streets - and take them to the TREE-CYCLING (😅) plant in Clapham Common.

And after a quick warm up, we split into 5 fabulous teams heading to different areas to pick up as many trees as we could.

After worrying that we wouldn’t find any, we were blessed with absolutely loads - some on the pavements, some hiding behind bins, some small, some massive and some so dead they must've spent their Christmas getting intimate with a radiator.

Trees in hands, we all descended on the centre of Clapham Common like some sort of weird tree cult. Each tree was ceremoniously thrown on top of a big pile and then we ran back to base with plenty of bonus FITNESS DRILLS thrown in.

Amazing stuff everyone and such bravery shown when awkwardly carrying trees through some very crowded areas...

Next week is Lambeth’s 6th Birthday!! To celebrate we’re going to Jubilee Primary School to do some GOOD. Then we’re going to the pub to eat cake. 🙌 Sign up here.