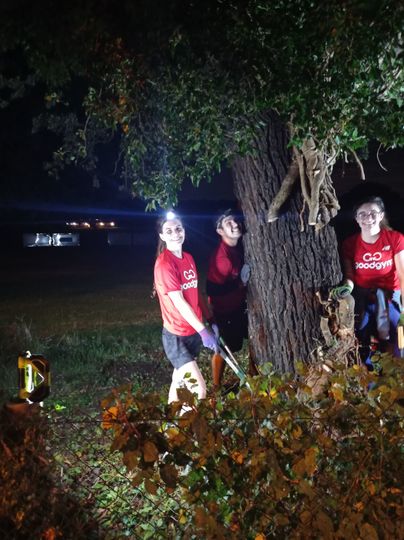 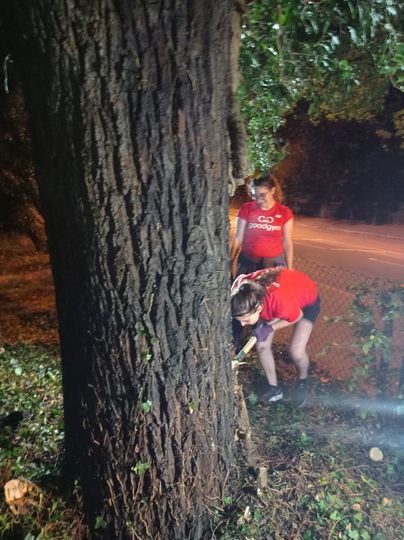 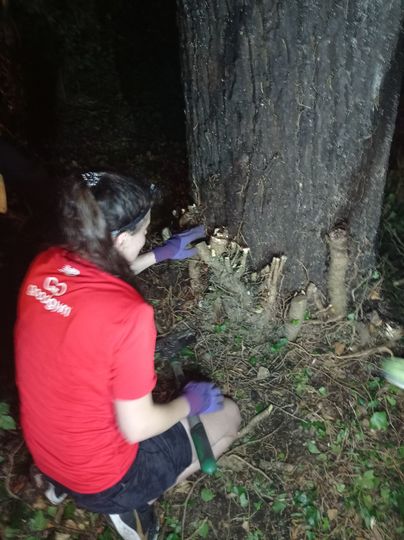 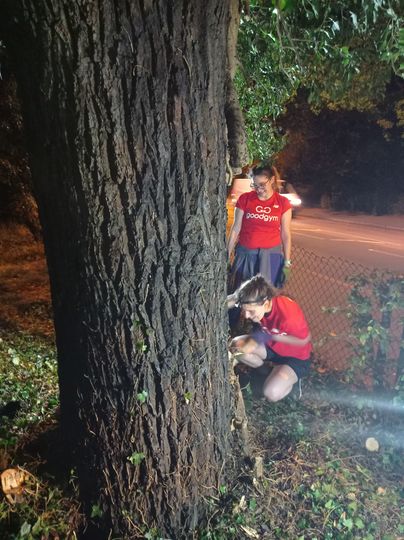 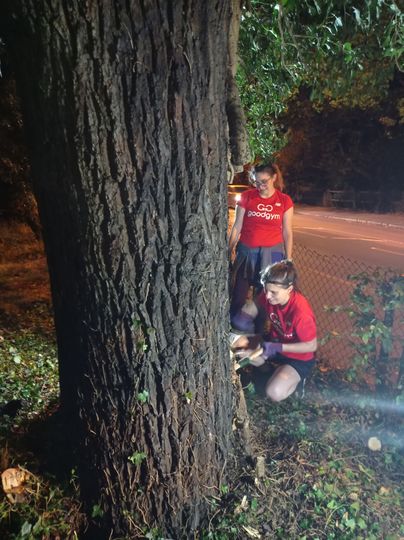 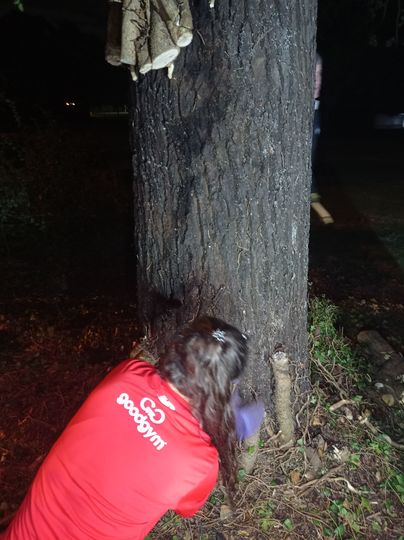 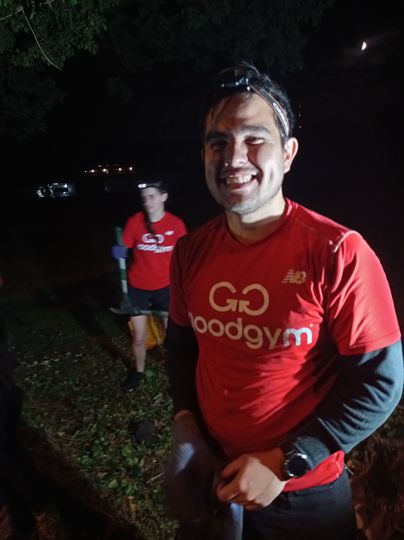 Finally, Sam had the keys to Old Spike Roastery and came early (18:05) just to check if the key worked. It does and it is great to know as the weather turns colder that we can meet inside and lock away our valuables!

That's exactly where Sam met Hannah for her first-ever GoodGym good deed! Welcome to GoodGym! Although, her first good deed was meant to be last night (small confusion on the exact spot), Hannah was not deter and showed up at Old Spike five minutes early to make sure she did not miss us. As the clock ticked away towards leaving time, Hannah noticed in the distance another red GoodGym t-shirt, it was Katy who was venturing across the border into Southwark from Lambeth. Yet, there are no borders in GoodGym, just endless horizons! 💪

Noticing that it would be just the three of us, Sam started off welcoming the two newbies to the area with the customary GoodGym speech and a gentle warm-up to get the body warm and the heart pumping. We had 2.8k to run and so we didn't want to be out of breathe after the first 5 minutes! 😅

We ran into the night down Peckham Rye next to the Park/Common and turned into Friern Road as we gently ran at an incline towards Lordship Lane. Once there, we took a breather to cross the road, but we were so close to the destination that we pushed for the last 2-3 minutes as we made it to The Old Alleynian Rugby Club where Ian met us. He had the place setup for us with lights, all the tools and one ivy-infested tree!

No, the tree didn't have poison ivy, but it was trapped (for years) in this tree-hugging ivy that weaved in and around the tree.

Like four tree surgeons, this operation had a timebox of 50 minutes to cut away as much of the ivy as we could. Our weapons of choice were two small saws, one big saw, a lopper and our hands. We all chose our weapons, yet we swapped them as we all faced a branch that needed the work of a small saw rather than a lopper or vice-versa. We hacked and hacked away as Ian and Sam made several times to the compost heap to throw away the clingy remains of the ivy. Layer after layer, we pealed away as the tree started to reveal itself. We started seeing its true colours....the trunk was brown. No surprise there 😂

As the time reached 20:00, the girls were adamant to stay until the tree was completing free from the base from its tortuous ex (don't we all know the feeling....) 🙃 With a last push from Ian with the saw and Katy with the lopper; Hannah exclaimed with excitement as the last layers of the ivy finally snapped off! Overall, it was just such a satisfying feeling to know we helped this tree breathe a new breath of life.

Running slightly late, we did the same route backwards and finished off with some needed stretches.

GoodGym is all about getting fit and doing good! We praise the runners/cyclists/walkers who come to get fit and help out, but we often forget about our task owners and I would like to take this opportunity to thank Ian for agreeing to stay late into the night and host us. I am sure we will be back as there is always plenty to do!