Things are looking up in Hilly Fields!

13 runners ran 2.0km to help their local community in Lewisham. 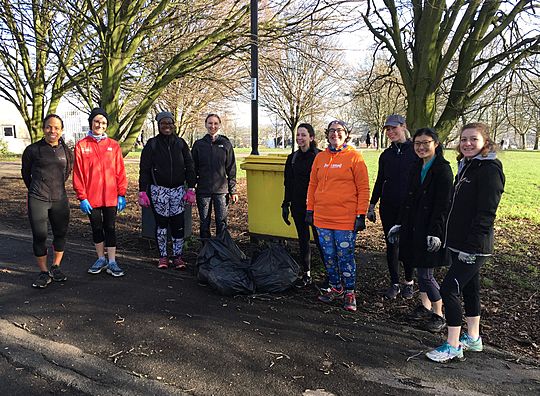 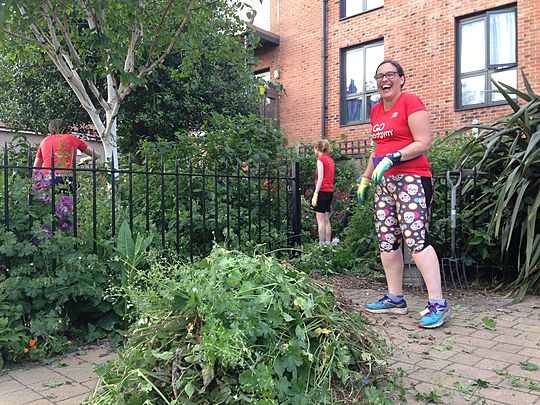 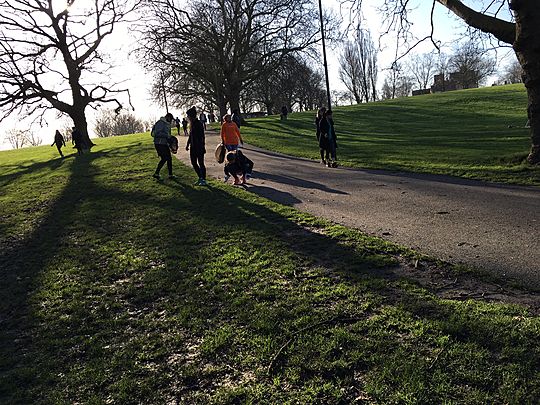 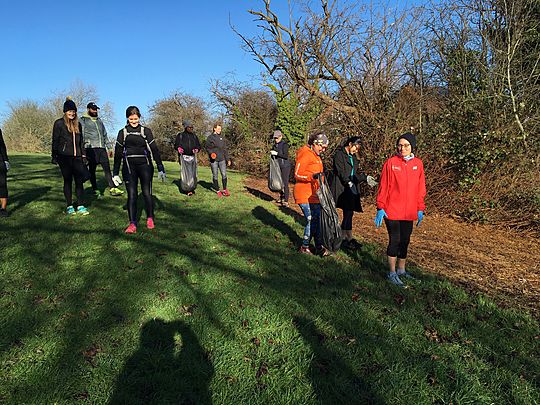 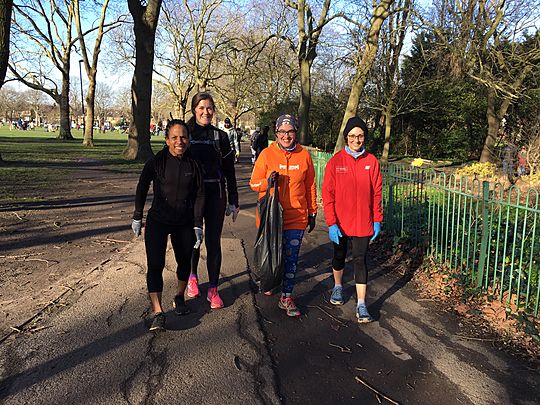 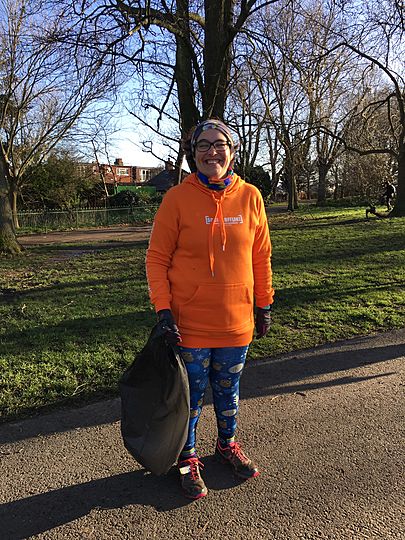 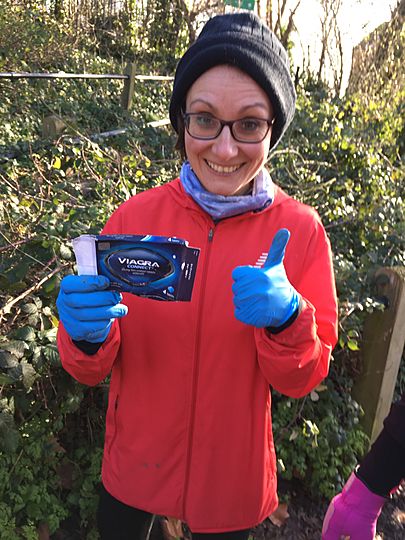 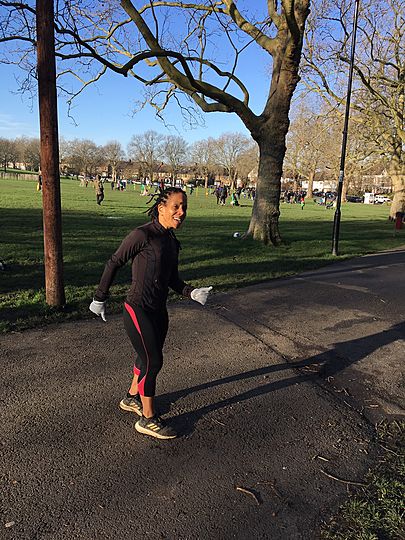 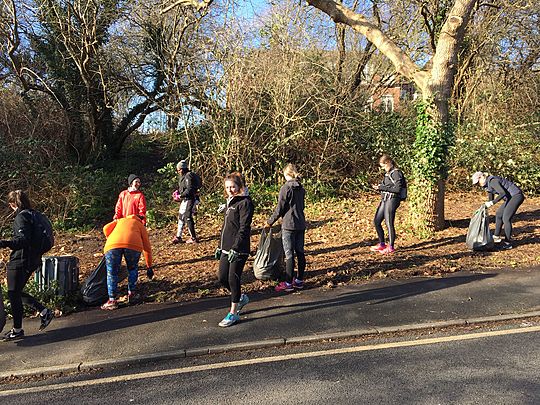 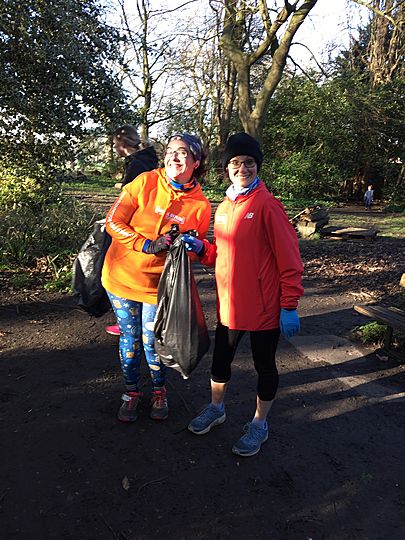 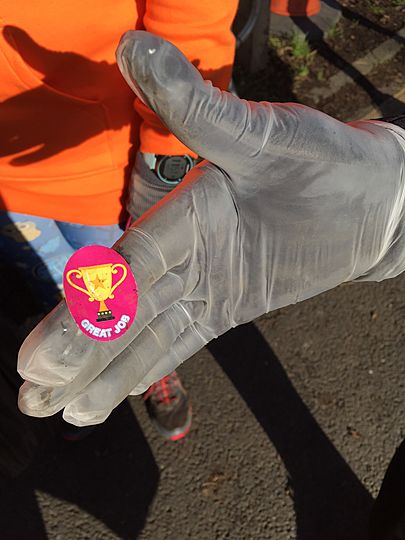 On a gloriously sunny, but chilly, morning in Lewisham, 13 volunteers covered 2.5km whilst collecting litter in Hilly Fields.

A bit different to our usual Monday evening group runs, we were allowed out and about in the daylight! Some of our participants had already taken part in parkrun, running/walking or volunteering, with Jacqueline having run to Dulwich parkrun, completed the 5k and then run back and Emma having already stretched herself at yoga - I don't think any of us have ever read the 'have a lie-in' memo for Saturday mornings!

How lovely to welcome Hilary, Clare and Cat, who were joining us for their first ever GoodGym session and Min, who was visiting GoodGym Lewisham for the first time - Lewisham Love to you all!

First of all, I talked a bit about coach running and missions, both incredible ways to get involved outside of our weekly group run. We played a few little games to keep warm, then pulled on our gloves, grabbed some bags and set off around the park. It was great popping in to the forest school area, where some children entered into the spirit of our task and found some litter to add to our bags - thank you! The ground was so very muddy everywhere, so we were limited in where we could reach, but those bags were filling up pretty quickly.

We puzzled over what the park-keepers have been doing to some of the bramble-rich areas, which have been stripped right back, uncovering a fair bit of crushed rubbish. As is usual at this kind of task, we found some 'treasure' in the form of a very flat fork, an appropriate sticker (see photos) and a - erm - viagra box. Who knew the park was such an exciting place?! By the time we reached the bin, we had gathered six sacks of litter, so a very worthwhile stroll in the park, well done!

Today's session was an extra special one for Clare, who was completing her 100th good deed! Take a look though the photos to see Clare's first good deed, back in May 2017, at Sprinkbank Community Garden. Clare has divided those 100 deeds pretty much equally between GoodGym Lewisham and GoodGym Bromley and can always be counted on to welcome new people, help out as back-marker and to delight us all with her extensive collection of awesome leggings. Well done Clare!

Our next get-together is on Monday, which is a very special occasion...our fourth birthday! Join us for a 5k round-trip to Crofton Books and some post-run pizza at Mamma Dough :)

Lifting and shifting at GRACE