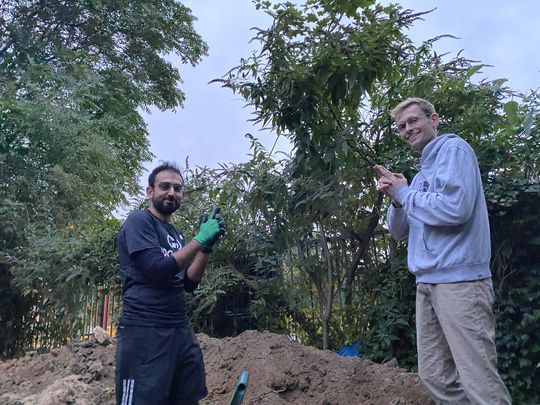 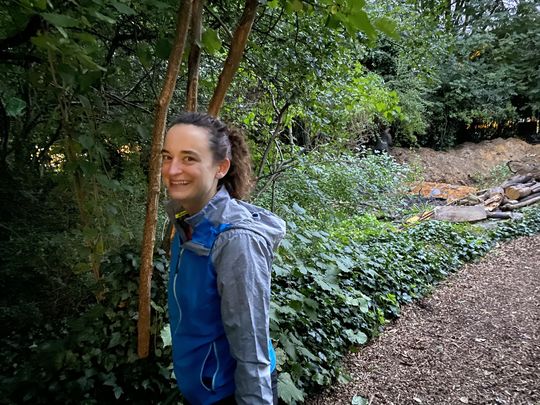 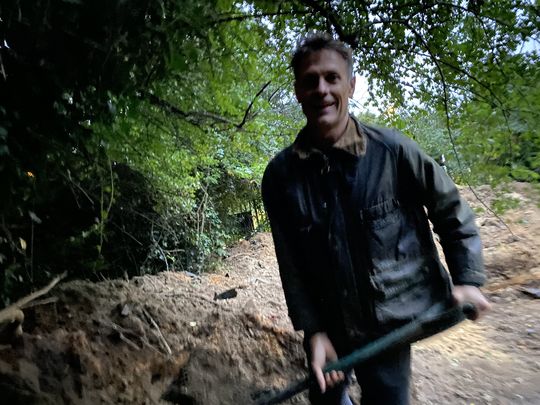 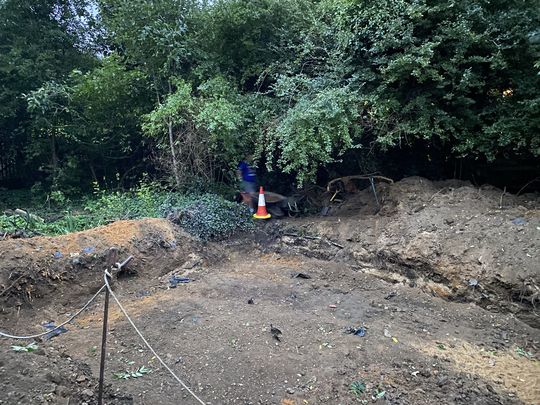 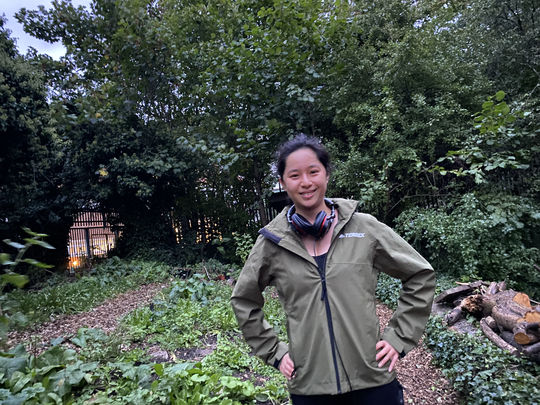 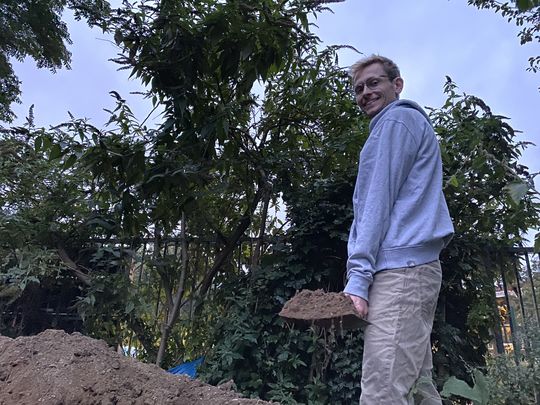 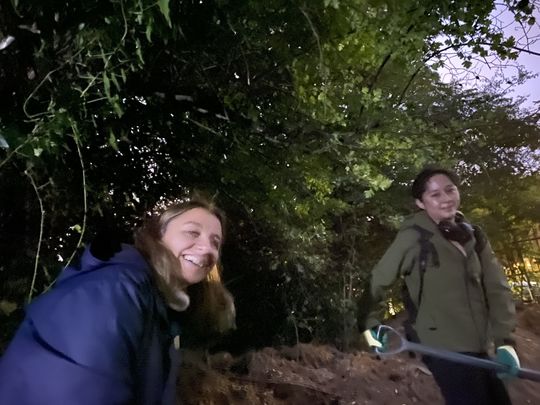 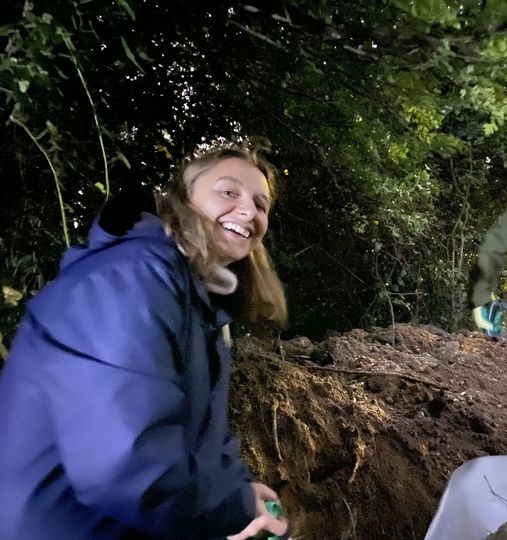 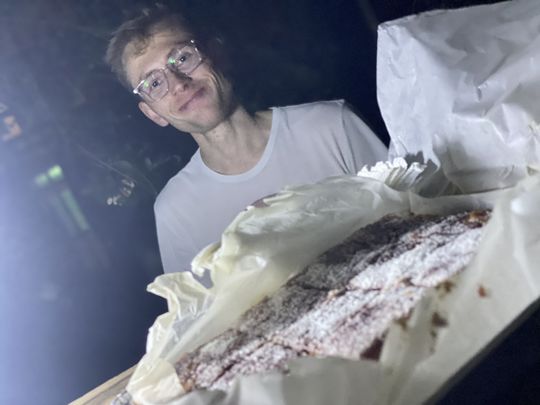 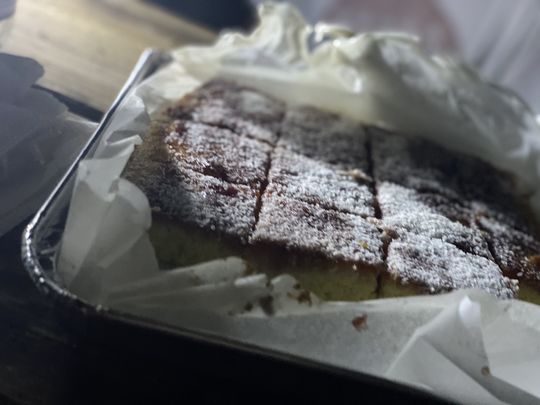 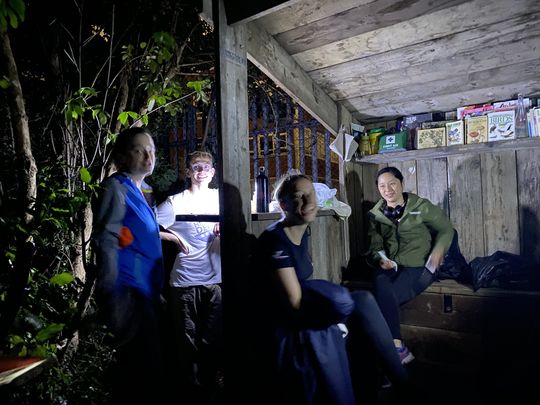 And so to Part II

A cool sized crew of 8 met Michael of Bethnal Green's Phytology and Margaret from Teesdale and Hollybush Tenants and Residents Association this evening, who came equipped with lanterns and quiche.

Tonight was Part II of our time creating the new pond with the Nature Reserve Team.

A sanctuary for any resident who would like to spend time in this open water, biodiverse area, an overhaul is now overdue, and many pairs of productive, active GoodGym hands over the last two nights (and during the weeks ahead - keep an eye out for next week's listings) is a bit of a godsend to this new, ambitious project. It means that interns and other volunteers are able to be distributed around other parts of this big project, and we're able to fill in the gaps (literally and metaphorically).

So tonight we picked up where Team Pit left off last night: we worked in two teams of four, shovelling mud and soil into barrows and wheeling it around the corner to the new wild meadow area. It was tough, it was constant... It was a workout-and-a-half for lats, obliques and cardiovascular systems. But we did it.

An hour and a half pretty much flew by - although not for our poor old forearms - but it was thoroughly enjoyable. We welcomed Rob, our first time GoodGymer (you did amazing, Rob!) and welcomed the return of our Charlotte, who we haven't seen for a while. And fantastic to see Rohan for his second night at the pond. Way to go on a two-nighter.

And Michael our main task owner for the evening was amazing: unstoppable, he set the bar pretty high for shovelling at quite the rate, while also wheeling at a pretty impressive pace, but was most keen to lead us to resident Eve's cake and quiche at the end of the session, where we sat in the small hut and replenished glycogen stores before heading off.

Cake and a bit of company

What a lovely, lovely evening. The rain was barely noticeable, the wind even less so: we just enjoyed one another's company, by lantern light, rounded off with some good old-fashioned baking. Lucky doesn't cut it.