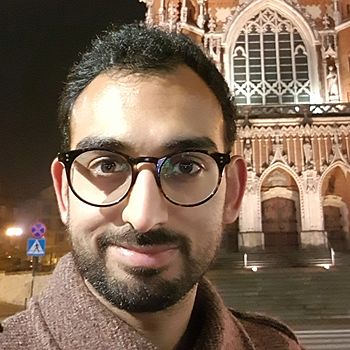 Next Hour: No precipitation

Dark Sky usually meets the expectations of an app that enjoys 32,095 decent App Store reviews, but this evening however... 🤷‍♀️

But we didn't need to worry. Because despite dry, warm conditions being rapidly replaced by a cooler temperature and rain, no fewer than 10 runners appeared on Middleton Green's basketball court to whizz through 30 minutes of mini band exercises.

It's all about the mini band

"It's great, it's the stuff I always mean to do but don't get around to," enthused the team. Such was the positive response, despite spending 30 drizzly minutes crab-walking, clam-ing, waist-crunching, single leg-deadlifting...you name it.

And so we left our workout to head around to Rocky Gardens for tonight's gardening catch-up with Margaret. Lots to do, lots of us to do it...Re-sult.

Teams were divided into two: six to dig up spider plants (Ois renamed them snake plants for the night, which we quite liked) while six headed to the vegetable bed borders for some much needed weeding. In between crevices they scraped and scraped, reminding us all to book a visit to the hygienist.

In fact, we were quite incredulous when Margaret instructed us a few minutes before 8 to start packing away. Snacks were devoured (the group were clearly divided into Team Swizzels vs Team Fibre, so it was a relief there was something for everyone), pics were taken, Air Drop navigated (Ois, you're the best), cheerios said. And the best bit? More basketball workouts next week, before we head back to the pond....

A lovely night for everyone - well done, yet again.

Rohan signed up to a group run
Group run

What we'll be doing

Please note: the address on the listing is for the task only. Neighbouring Middleton Green is where you need to come for the 6:30pm workout.

But that didn't deter 13 GoodGymers from showing up at Bethnal Green Nature Reserve to undertake the sixth visit to what I think is probably the toughest task since I started.

So what's the story?

The Nature Reserve has been able to upgrade the pond of this important area, as part of the Mayor's Greening Fund project portfolio.

It's allowed the team to fund paid internships, and boost this area of biodiversity, which also serves as a dedicated local space whose objectives include improving both physical and mental health of all residents.

Where do we come in?

However, it's a big project, and emptying one large space, only to refill another large space with sand and mud takes, well, a lot of work. A lot of dark, damp evenings shovelling, wheeling and lifting heavy stuff.

But there they were, out in full force last night. Take two large sand mounds, umpteen wheelbarrows -ditto shovels and coffee sacks - and turns out you have the ultimate total body workout. (And, let's not forget to mention the members who showed up for the Middleton Green workout beforehand - way to go).

The team didn't stop: from the moment they picked up the first shovel, to the last wheelbarrow being returned, it was one huge hive of activity. Mainly working in pairs, the GoodGymers shovelled sand into coffee sacks, wheeled them to the edge of the pond, before carefully tipping them out of the barrows and dragging them to join the lining line-up. Toughgoing, with treacherous terrain to boot, a huge amount was achieved.

"Look at that," said Michael as we approached the end of the evening. "Seriously, that is a really enormous help."

Well done, everyone. That was a Monday night truly well spent. You rock.

That just leaves me to thank Liz for this week's spectacular pun, and to shamelessly promote the second session at the pond this week: a 60-minute full body workout on Wednesday, once again, as a small team help Michael start lowering the sacks into the pond.