The Holly and the Ivy when they are both full blowwwn

6 GoodGymers made their way to help the Friends of Westcombe Woodlands in Greenwich. 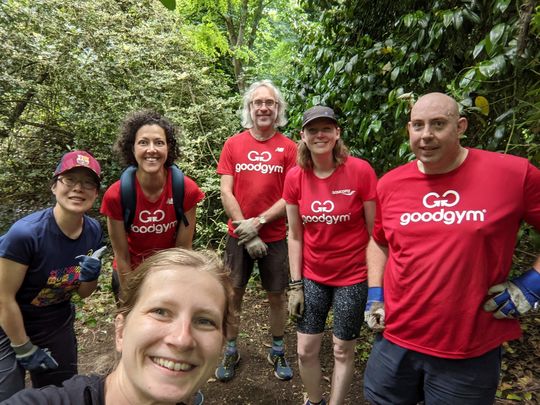 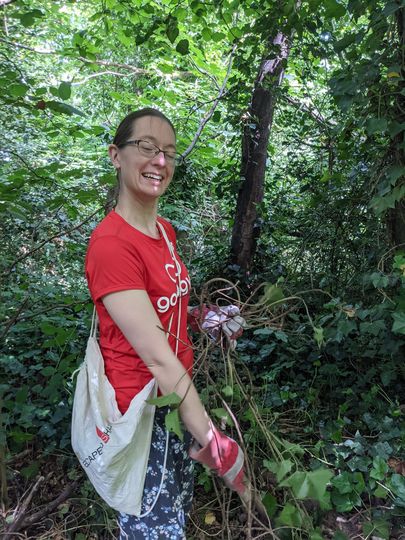 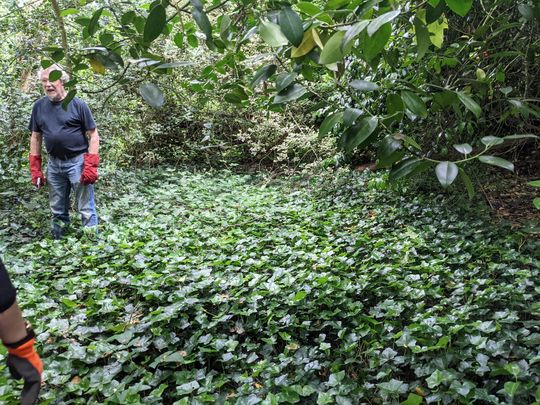 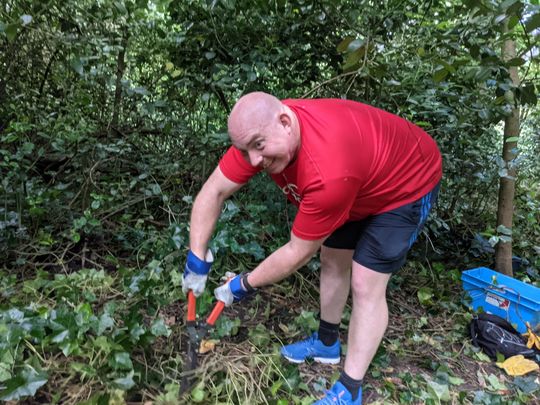 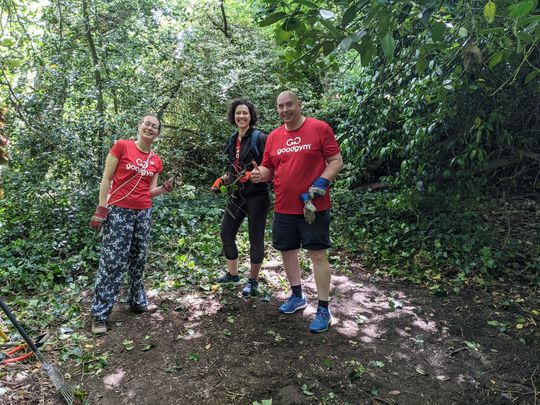 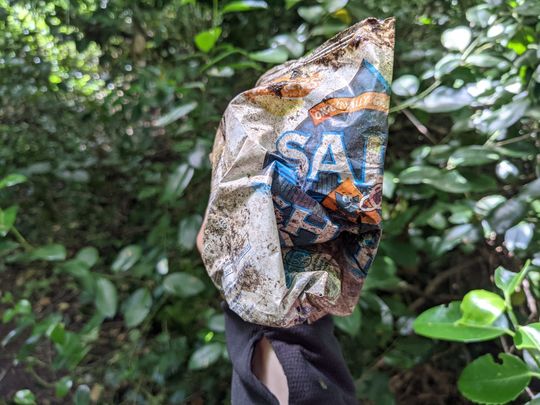 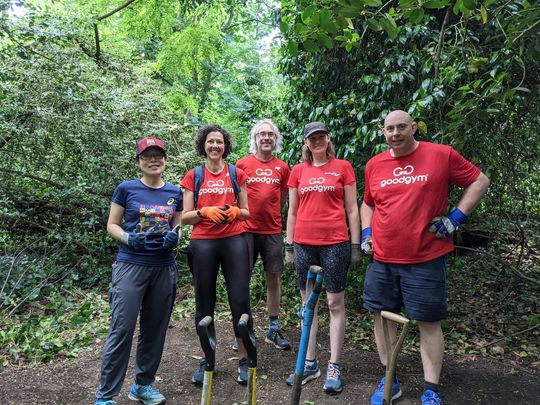 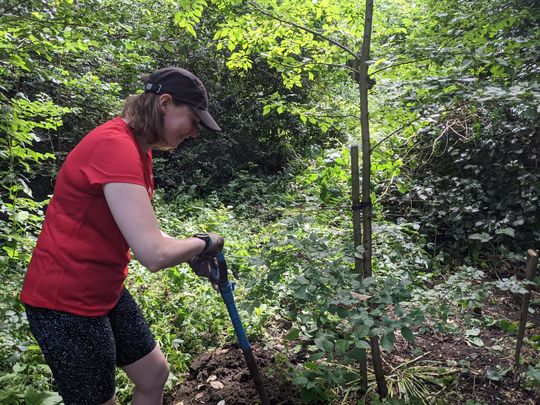 Yes that is a Christmas Carol I'm referencing in the month of June! I know that's frowned upon but I've had it in my head all day thanks to Martin. Eugene is doubtful people will know the Christmas Carol so I'm linking to a beautiful rendition by King's College Cambridge. Enjoy the Christmas vibes!

This morning, six of us gathered in the beautiful Westcombe Woodlands which have sprung to life since our last visit with holly, brambles and nettles threatening to reclaim the paths carved out for visitors. Our job was to pull, dig and chop the ivy to clear the path for the upcoming open days and clear a section of woodland floor to allow the sunlight in to increase biodiversity.

Two hours later, we had pulled up metres upon metres of ivy, in the process uncovering a Salt and Shake crisp packet from 2007 and a vintage spade which may have been burried for over a decade and has definitely seen better days...

It was incredibly satisfying to see the amount we cleared in our two hours together. Several of us were chatting about the importance of being in nature and spending time with friends for our mental health and how grateful we are to be part of GoodGym and to know so many wonderful people!

Nice one, team - until next time!