That don't impress me mulch (but the factory did!)

29 runners ran 4.0km to help the C4WS and Alara Wholefoods in Camden. 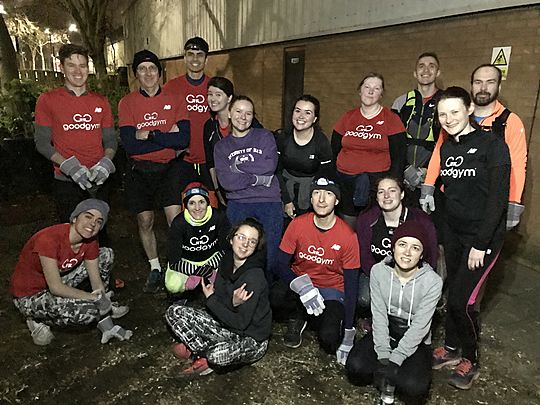 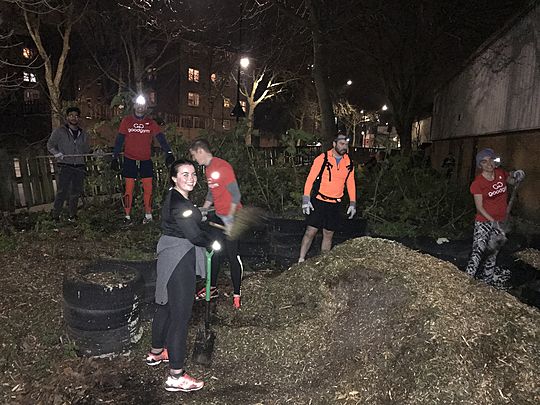 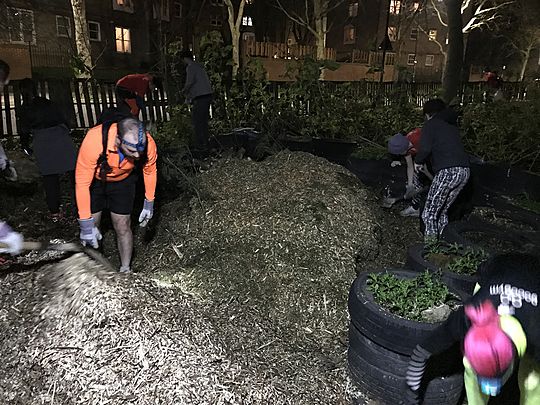 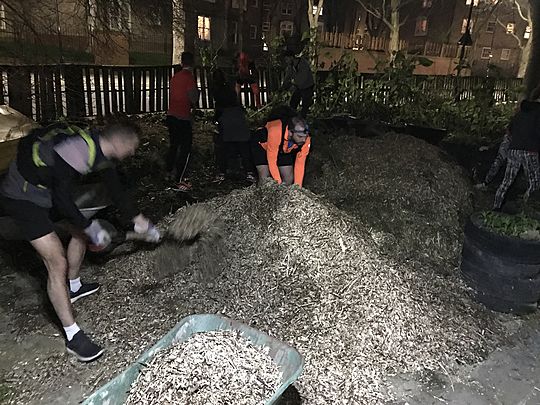 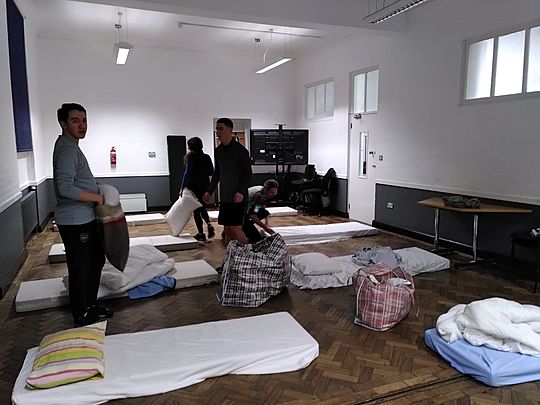 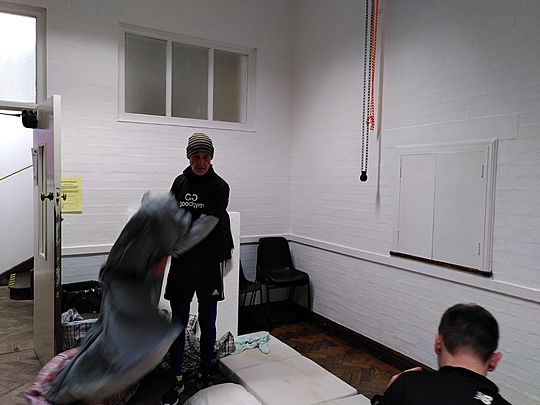 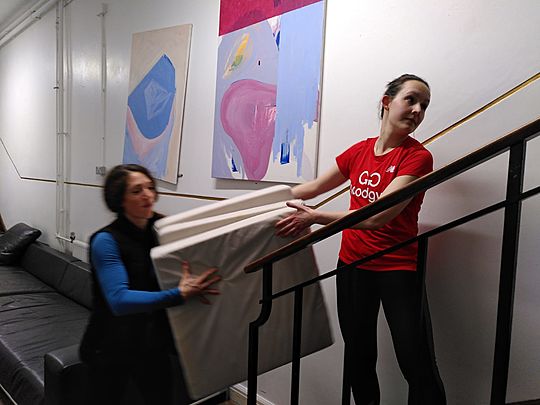 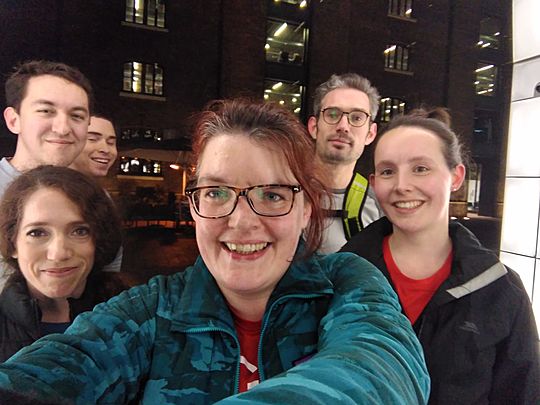 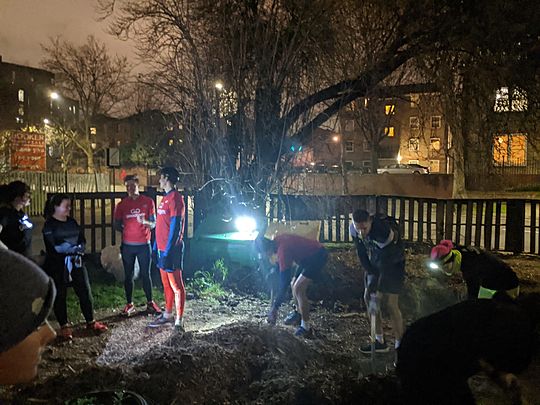 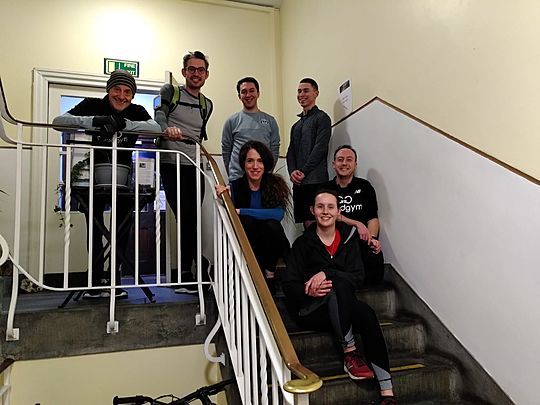 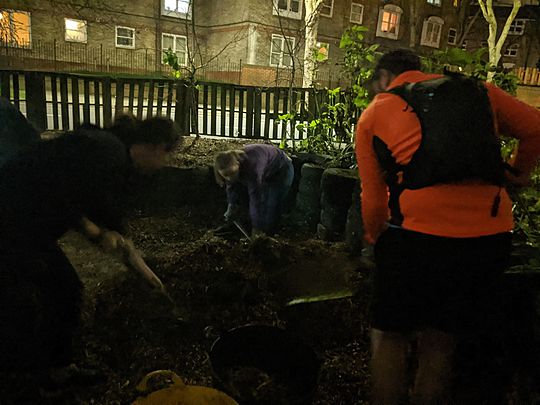 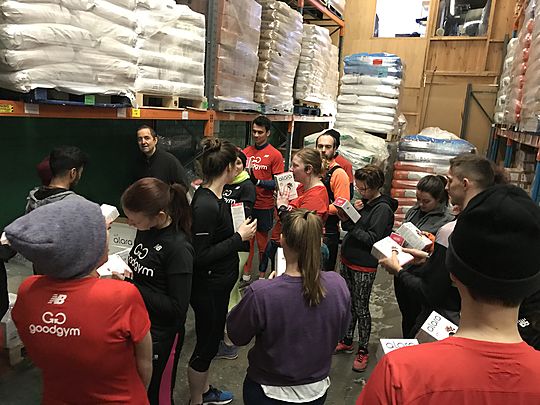 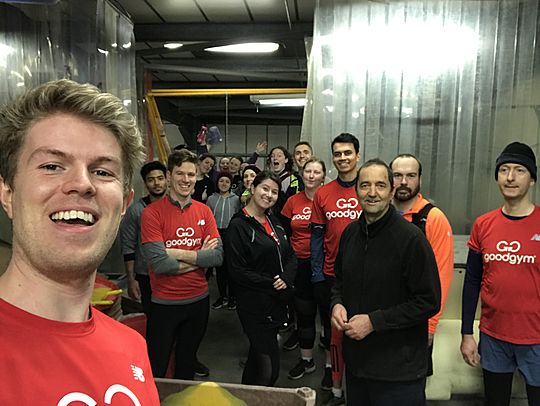 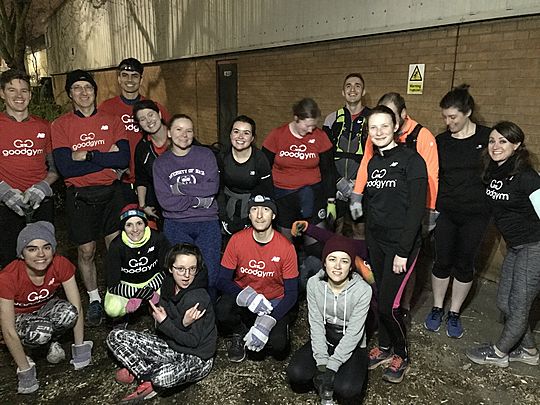 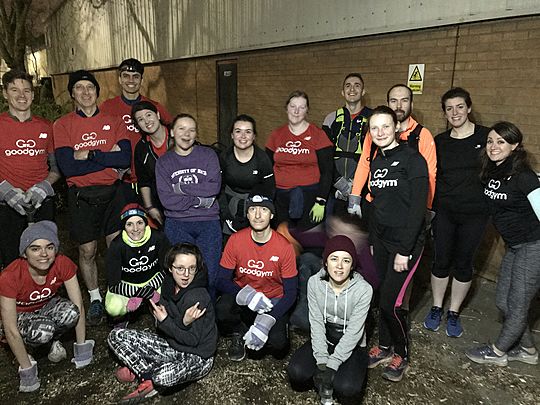 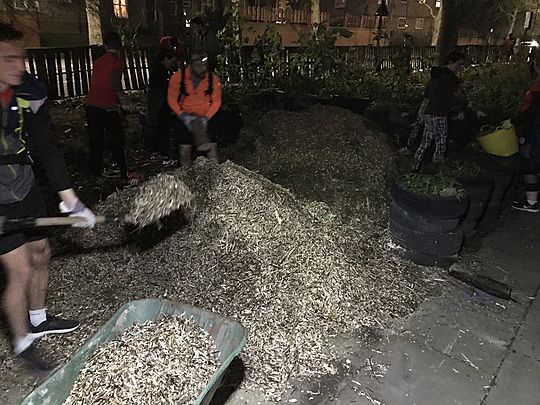 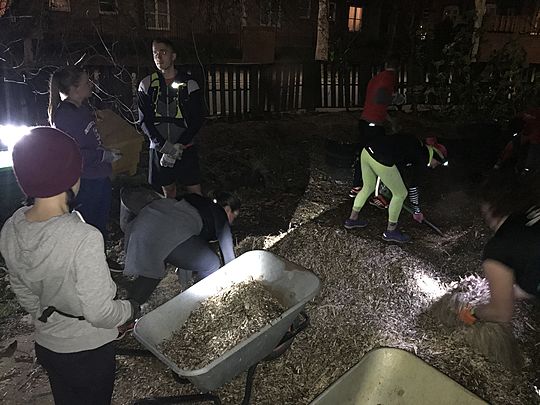 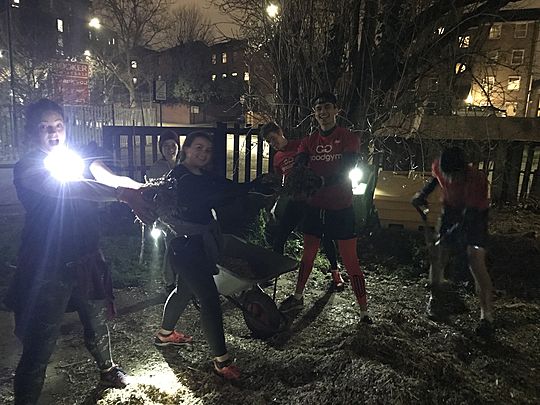 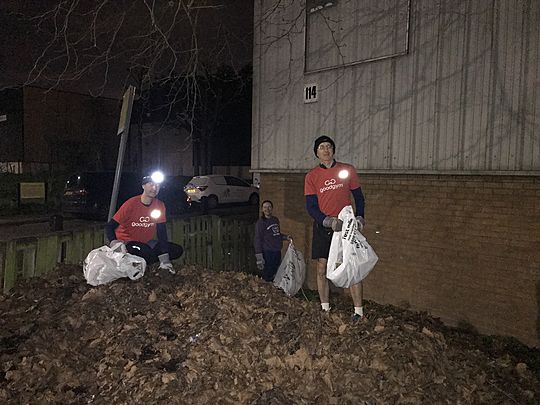 29 runners wrapped up and braced the cold last night to blast GoodGym Camden into a good start for February!

We were joined by another new face joining the herd - hey Alex! - hope you enjoyed yourself in the spoof Inside the Factory tour (more on that later) and will be back with us again soon. Why not go and give him a cheer for becoming a fully-fledged GoodGym runner now?

After a quick intro speech, Louise took 10 runners over to the American International Church to make the beds, and I explained a little more about our bigger task at Alara Wholefoods before we got outside and stretched.

Nine runners came on our 13th visit to the American International Church, helping make 17 beds for the homeless people's shelter. It was almost unlucky, but we narrowly avoided duvetgeddon in the hunt for a rogue bag of bedding! With our human chain in action, we achieved in a few minutes what would have taken an hour for the busy volunteers at the church. Afterwards we took a longer route to Granary Square for a quick fitness session and to take in the new light displays.

17 of us arrived at Alara dreaming of mulch and granola. Alex was there to greet us and, boy, was there a bit to get through tonight, even if we were so many.

Two types of mulch needed to be shoveled (by hand and spade - see pictures!) and moved into two different areas with buckets and wheelbarrows - one of the types was fresh and was used in the permaculture garden and the other was a bit more ripe and needed to be shoveled onto the beds above the tires. Another team were in charge of litter-picking the gardens outside the front of the warehouse. It's lovely to see how much difference about 20 minutes of litterpicking can do to brighten up an area that was otherwise dotted with crisp packets and gum packets. One last team was tasked with lifting and lugging the big branches that were in between the layers of the riper mulch and moving them to the back of the garden. With everyone working flat out and rotating tasks to keep warm, we got everything finished by 8pm and then the real fun began.

Alex outdid himself this time with showing us their operation at Alara; we got a behind the scenes Inside the Factory (BBC2) style tour! From seed milling (a huge pallet-full stacked up with at least twenty 10kg bags takes around 3 hours apparently) to compostable bagging, it was fascinating to see how the production line comes together to make the delicious granola we all know and love. After the factory tour had finished, Alex wizzed us over to the warehouse and gave us all a box of their new fancy product; acai bowl powder!

The extended factory tour meant that we didn't have time for a few laps of Granary Square, but instead ran home via there so we could catch a glimpse at the new light displays. Very Canary Wharf of them, don't you think?

Next week: We're going back to C4WS next week as normal, but there'll be a bigger task that I'm working to confirm in the meantime. Should know more in time for the Monday weekly email. Get your name down for next week's run here.

LET'S GET SOCIAL! As I mentioned at the end of the run, we've got a Camden Socials WhatsApp group. John has organised a pub quiz for us on the 20th February (Thursday night) that you can sign up to there. The next social after that will be axe-throwing in March (organised by yours truly), so plenty of variety on top of our regular appearances at the pub after Wednesday runs.

Happy running in the meantime