Ran! And the dirt is gone! 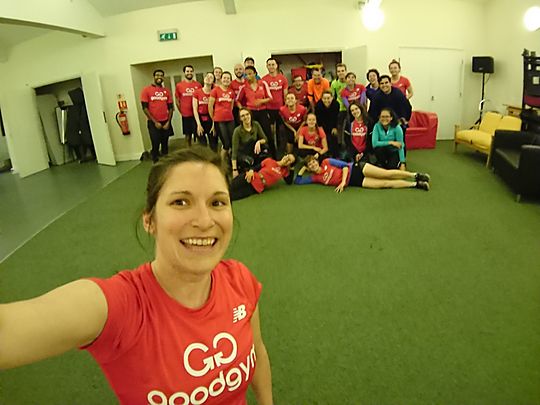 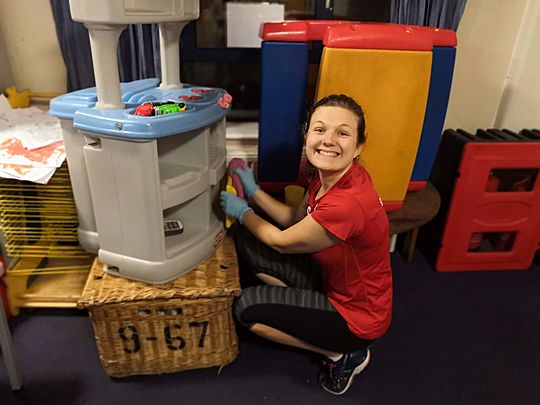 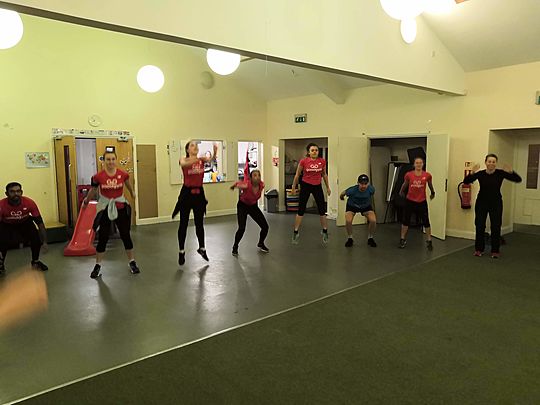 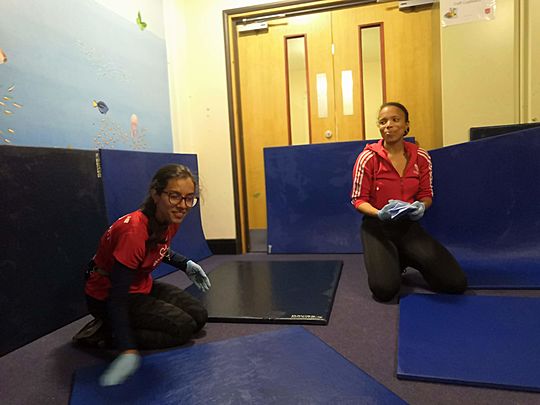 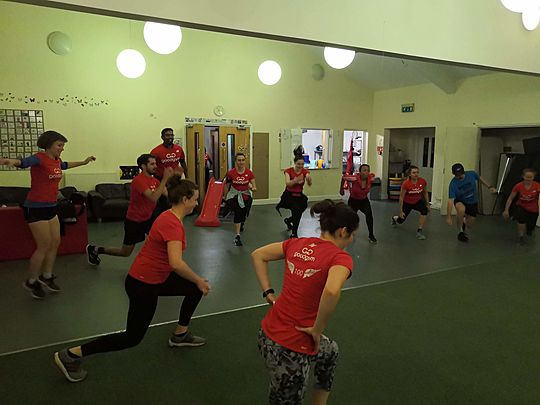 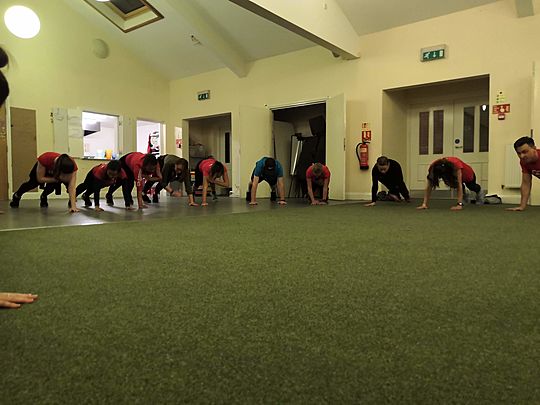 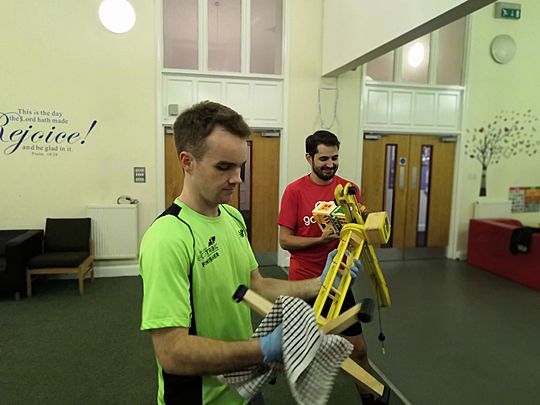 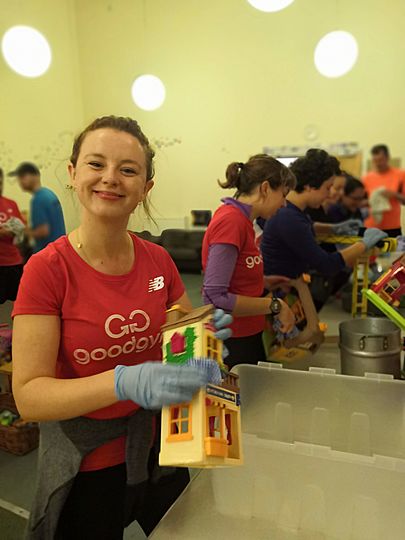 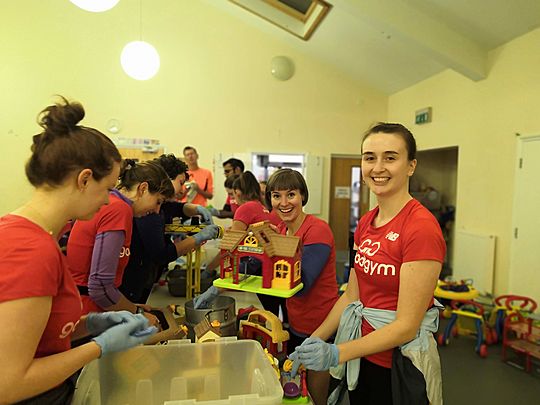 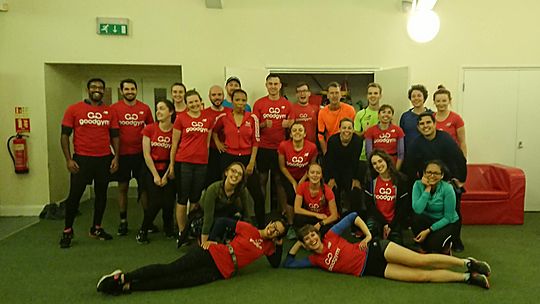 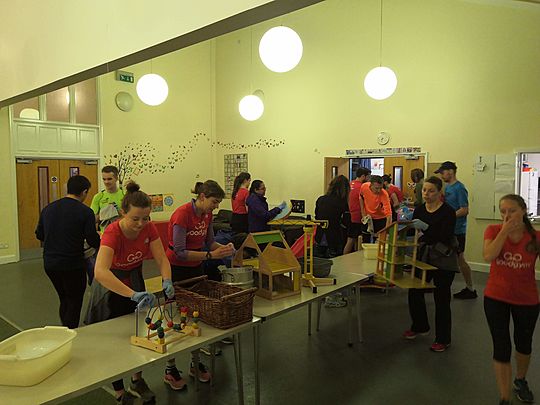 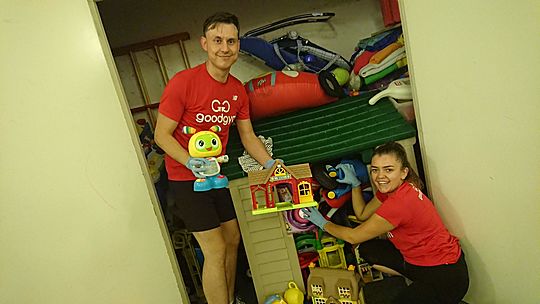 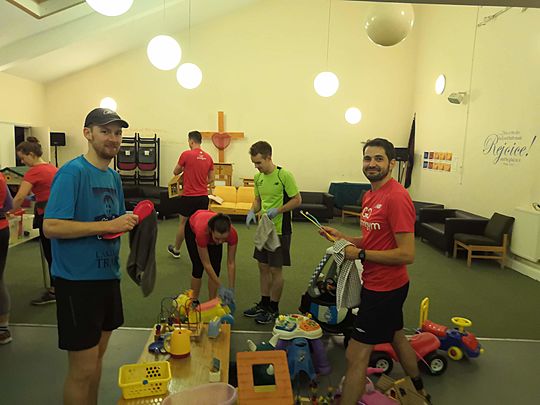 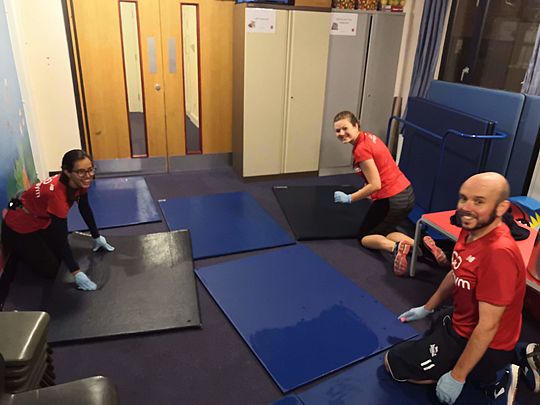 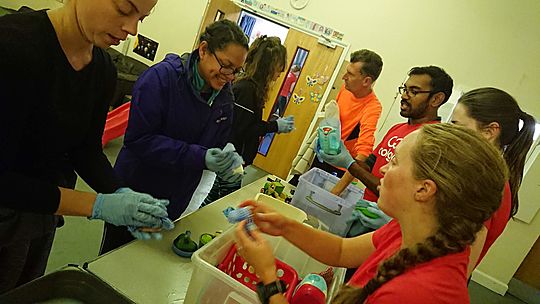 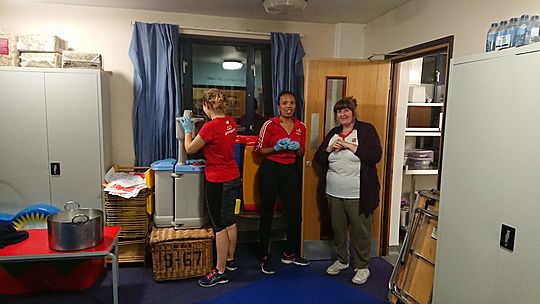 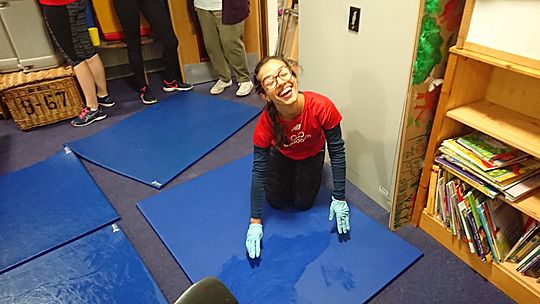 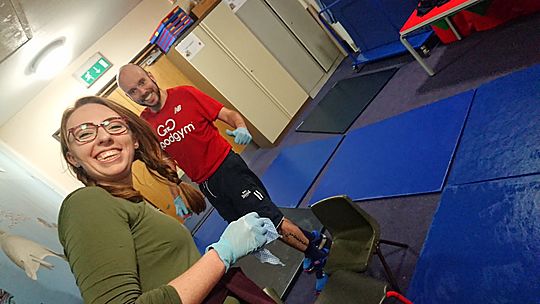 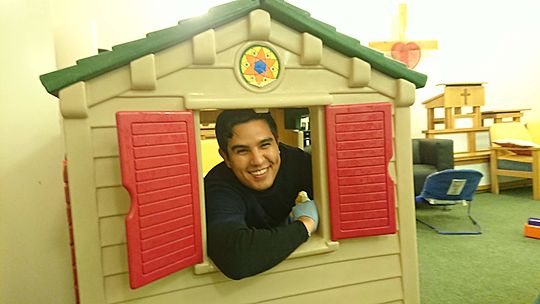 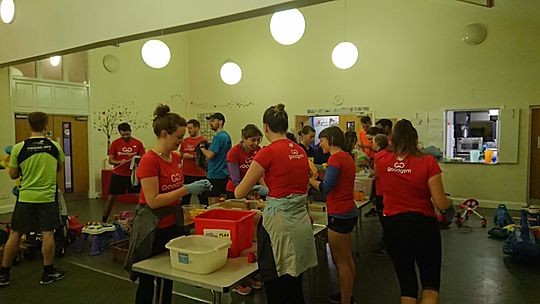 This evening, 26 GoodGym runners ran to help the Salvation Army in Camberwell.

We welcomed newcomers, including Lauren, Ian, and Emily; it was lovely meeting you, hope to see you again soon! We were also celebrating quite an exciting double centenary, with Girija and Katie both hitting 100 good deeds this evening!

Before long, we headed off for a warmup and headcount (where we each voiced our preferred pizza toppings - only a few controversial choices!) before running over to the task.

When we got to the Salvation Army hall, we met Janet, who briefed us on our task. As the hall is used regularly for a toddler group, they often end up with their lovely selection of toys and play equipment covered in toddler goo; to help keep the setting and the toddlers clean and healthy, we were cleaning the toys off with antibacterial cleanser, getting them dried up, and stored back ready for the kids' next visit.

It had to be some of the most efficient work I've ever seen at GoodGym Southwark; within 20 minutes, the toys, play house, mats, the balls, and even the furniture were all sparkling and clean. With some time to spare, and Janet kindly keeping the hall open for us to do so, we cracked on with a quick fitness session, tackling a couple of flavours of squat jump, some plank taps, and my new favourite - the inchworm! Since the group were having such a good time, we even threw in some social plank taps with high fives in.

With some amazing work done for some of our friends in the community, and a nice workout, we headed back to Old Spike where we stretched off and (before some headed next door for a recovery beverage), mentioned some exciting upcoming dates:

10th October: October social in Islington - a lovely opportunity to have a drink and talk to some other GoodGym runners

And if you're curious about running in races with GoodGym, there's more here.

That's it for this week, it was great getting to cover for such a big, lovely group - keep up the good work!

Dom Tooze
Run leader, coach & mission runner, and enjoy running across London. Trying to do big runs/walks when I can!