Pooling our resources- can we barrow a paint brush?

36 runners ran 8km to help the Friends of Eastville Park in Bristol. 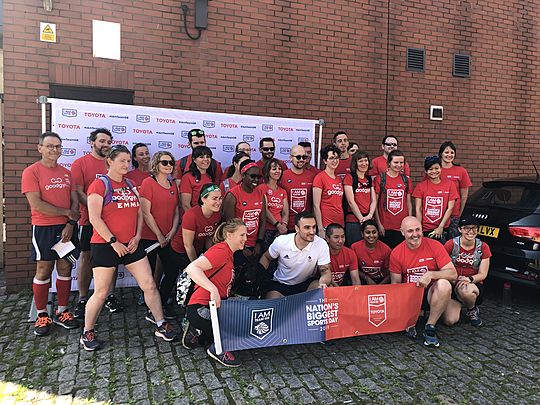 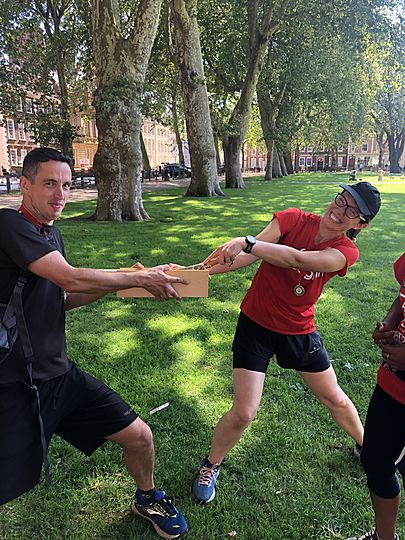 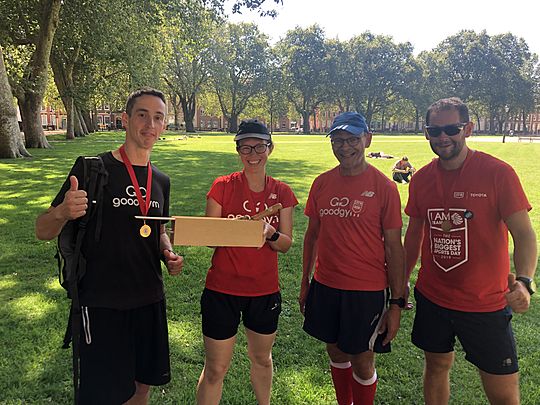 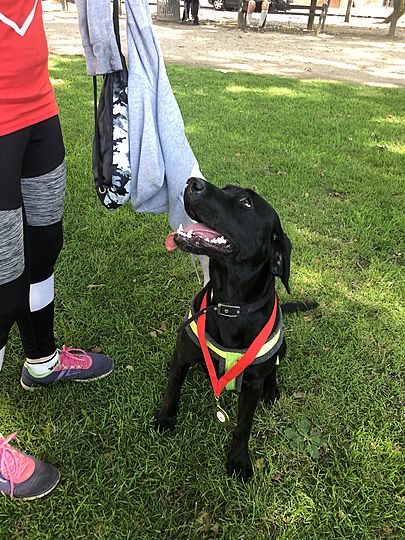 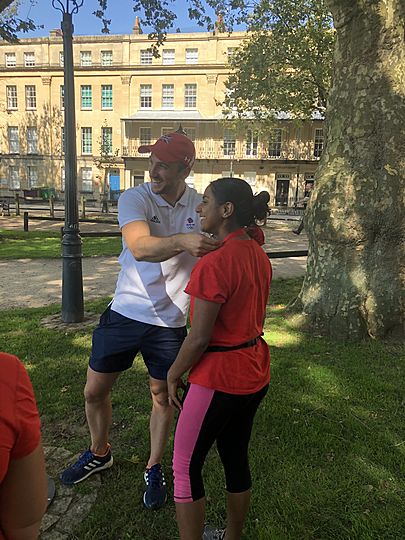 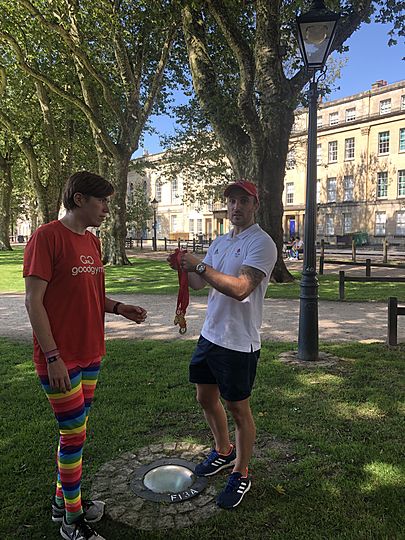 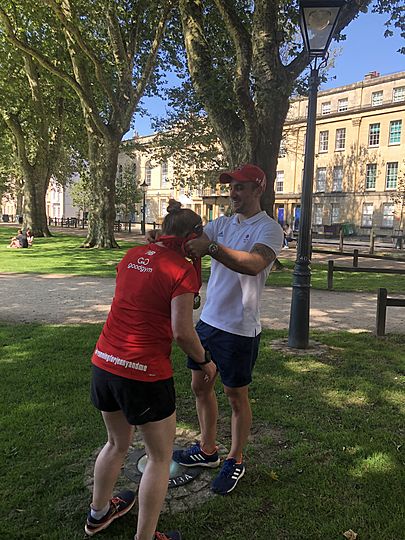 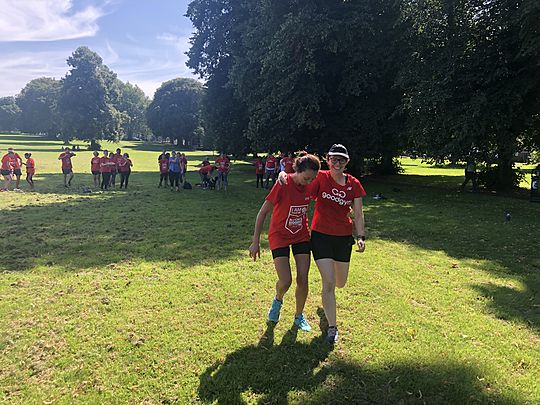 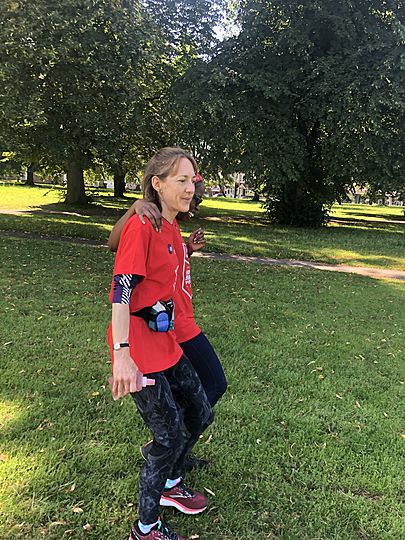 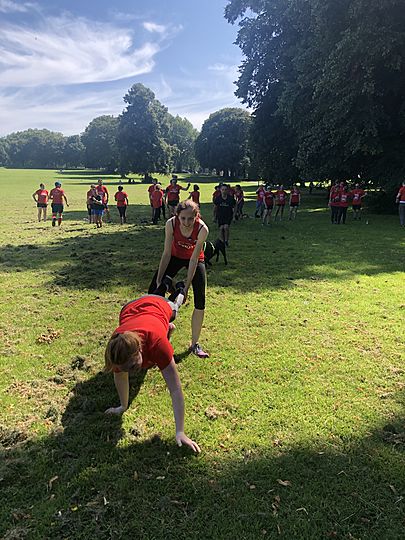 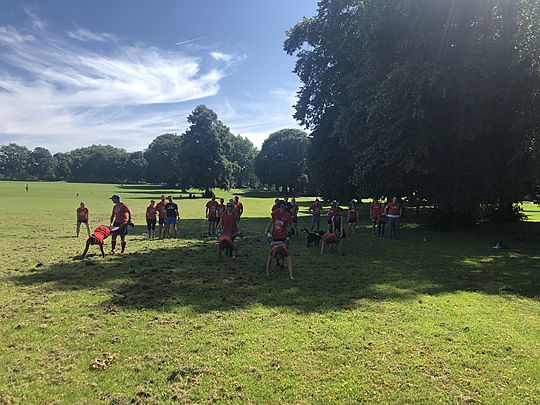 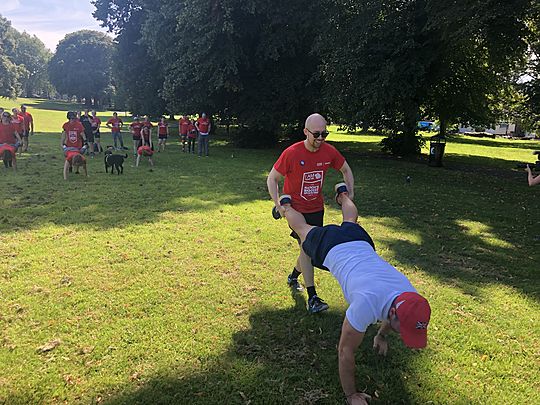 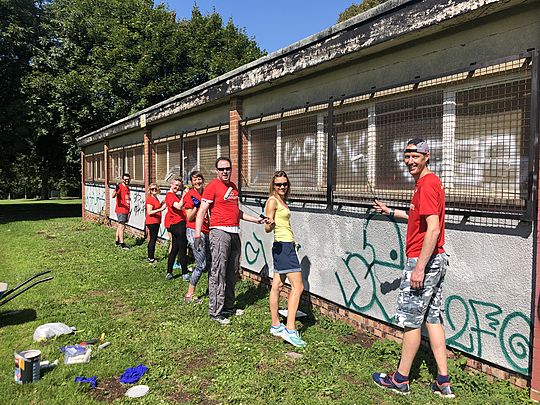 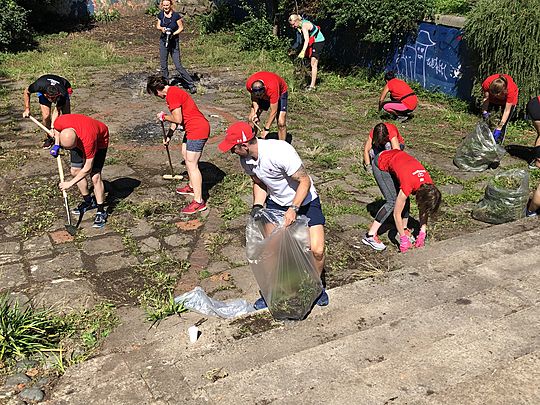 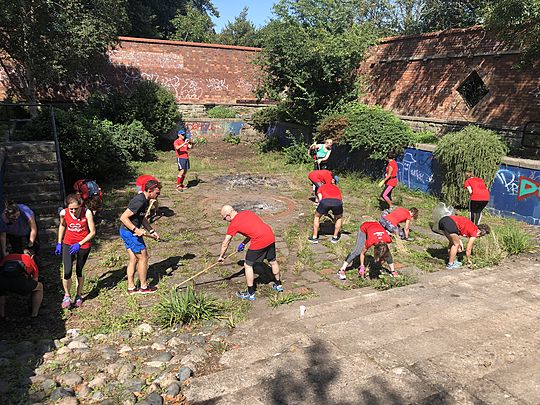 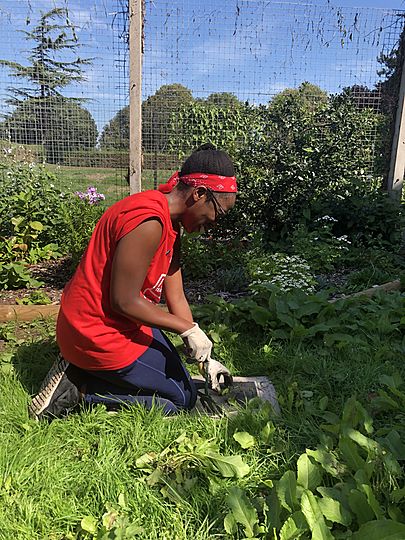 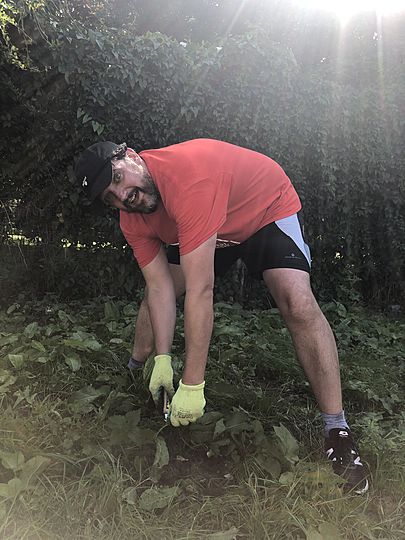 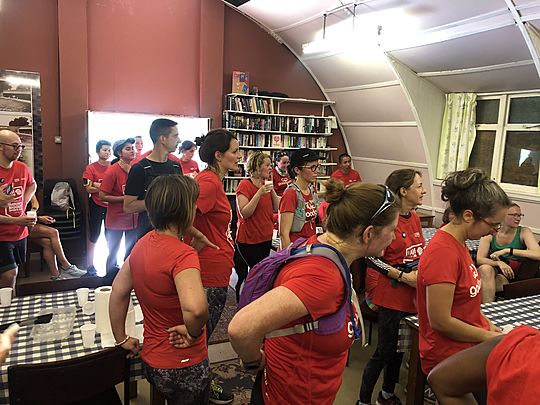 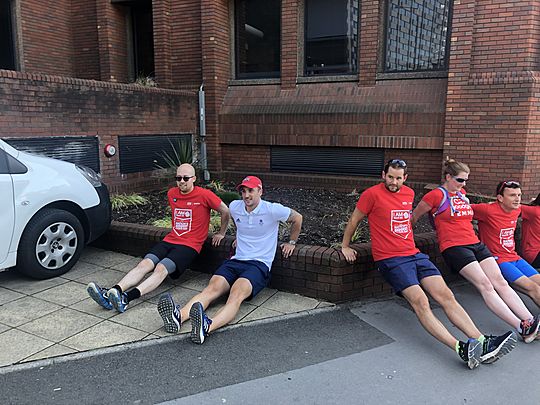 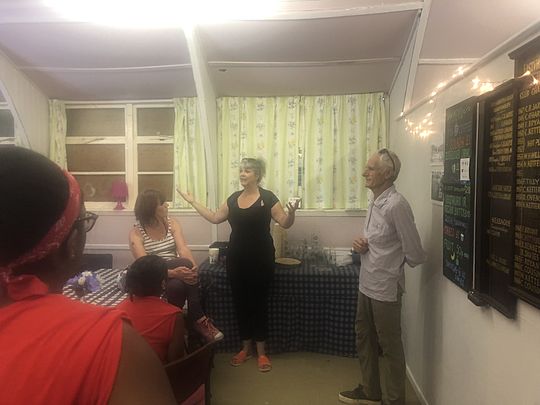 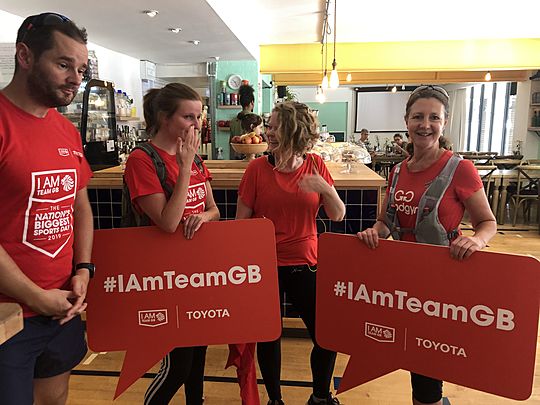 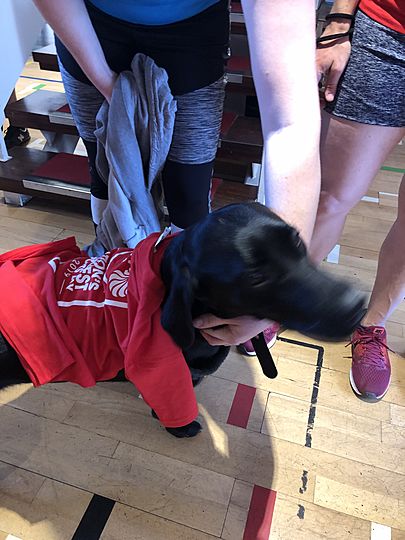 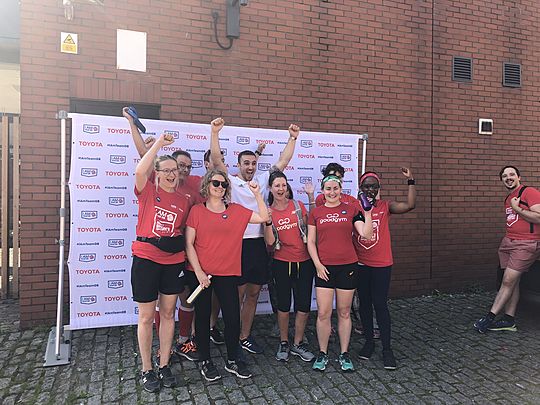 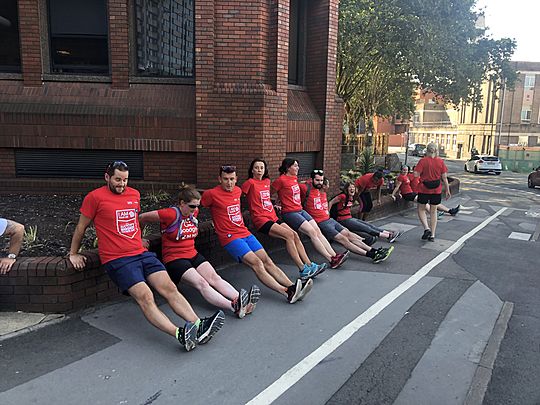 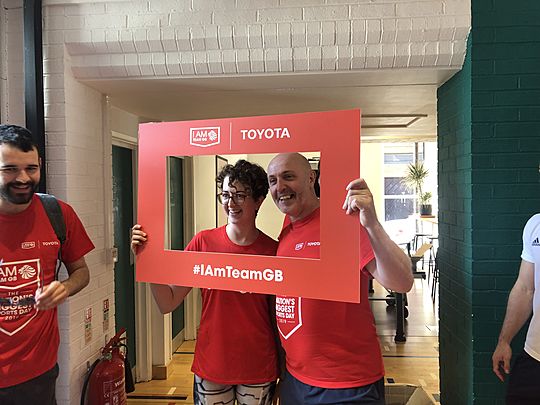 The sun was shining for our special event in Bristol today as we partnered with I Am Team GB for the Nations Biggest Sports day!

Welcome and congratulations to the many of you who braved the heat and the long run for their very first GoodGym session. Give a huge cheer to Caroline, Katherine, Cathryn, Hannah, Matthew, Anna, Sam, Nadia, Louise, Nora, Abby, Caroline and Emma ! It was also so great to see some lovely GoodGym tourism, with runners from Cardiff, Bath, Hounslow and even as far as York visiting for the day!

At GoodGym there are three main ways we do good – group runs, which happen in Bristol every Tuesday at 6:30 from the gym we met at today, coach runs, where an individual runner visits an elderly or isolated person every week, and missions, where two or more runners will go on a one-off visit to do a job at an elderly person’s house. It all started almost 10 years ago with one man, our founder Ivo, running to deliver a paper to an older gentleman, and now we’re in over 50 locations across the UK..it’s the best way to get fit and do good going!

The idea behind today’s special I am Team GB event is to get people more active and take part in local sporting and community activities and we had the honour of being joined at the run by GB superstar and skeleton pro Jack Thomas. What a treat! Dreams were later made real when we had the once in a lifetime chance (for most of us!) to be presented a medal by a member of our Olympic team. Oooh!

After lots of photos we did a warm up which got our heart rates up, and had a quick poll to determine which was our favourite biscuit. Well, the results are in, and the survey says: custard creams by a landslide! But the discussion continued into our run as we debated whether jaffa cakes were indeed a biscuit or a cake – the eternal conundrum.

Our task today was to support the Friends of Eastville Park, and after a very hot and sweaty 5km, we arrived at the park and faced the big old hill at the end of the run. Luckily there was cordial and ice cubes waiting for us and we cooled off in the beautiful WW2 Nissen Hut while organiser Andrew told us about the various jobs we had to do.

While the first group headed off to the gorgeous old (and unfortunately empty) Victorian swimming pool to help spruce it up, pulling up weeds and clearing rubbish, the second group tackled the graffiti at the loos, while the third lot worked on the pesky dock leaves outside the hut. It was hot work, but nothing could stop the 36 of of you who worked hard for 30 minutes. Luckily there was a tasty reward in the shape of some vanilla ice cream, so after a sweet cool down, we headed down to the shady bottom part of the park for a sort fitness session.

In honour of the Nation’s Biggest Sports Day, we went back to our youth and did a themed session which started off with a quick warm up (with forfeits!) and included a relay featuring skipping, sack race jumps, a three legged race and even wheelbarrows. Perhaps it was no surprise that the team with the GB athlete ran away with the win, but it was close!

We took the second half of the run at a steady pace, and regrouped near the end to finish all together – all with the backdrop of some very good smelling BBQs and tunes from the local jazz festival to see us in!

We finished off the session with some stretches and a medal ceremony with Jack handing out the well-earned prizes. Even our doggo mascot for the day got one! There was also the ceremonial handing over of the Golden Trowel from Bristol to York, the current winners who take the crown for doing the most good deeds in January. As you can see from the photos Bristol wasn’t totally ready to give up their trophy!

Fantastic work today everybody. We got loads done for a community organisation that relies on volunteers to keep a much loved public space open and welcoming, and we even smashed a good 10km run in the process. Happy National Sports Day gang!

It was a great experience! Wasn’t easy for me at all, but i enjoyed it a lot! It’s a shame i had to leave and missed medal ceremony. Well done all🙌🏻

Great to meet you all on the run and helping at the Eastville community mission:)