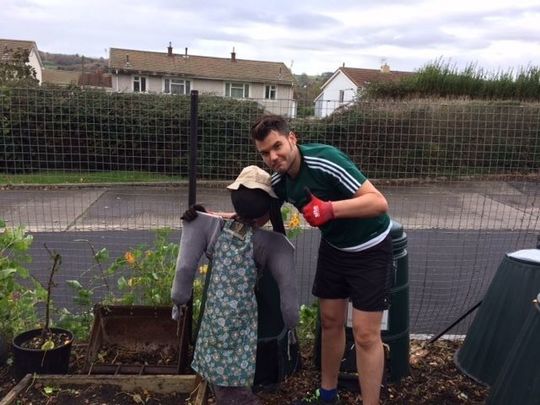 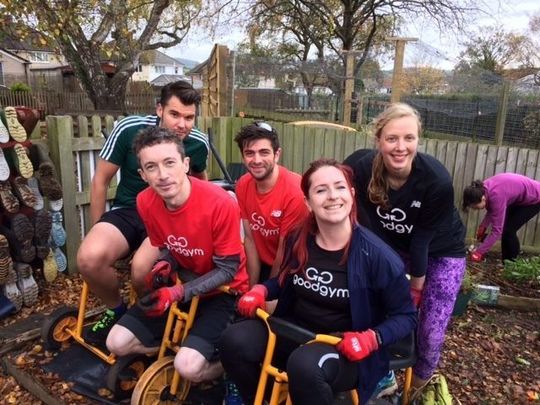 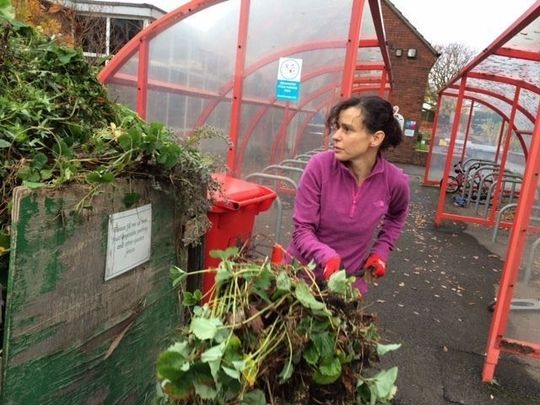 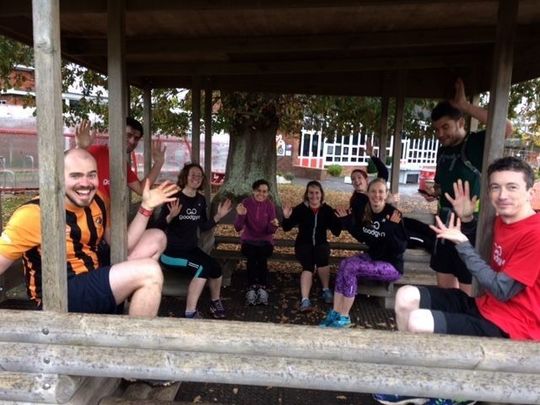 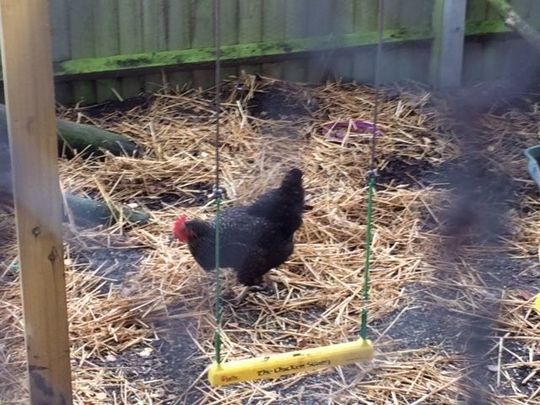 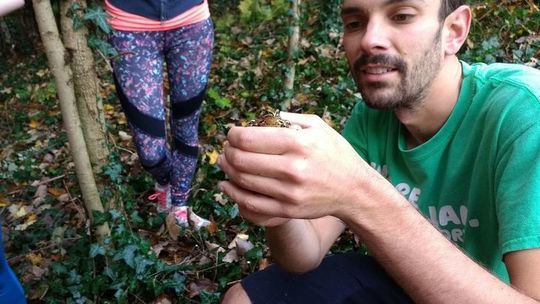 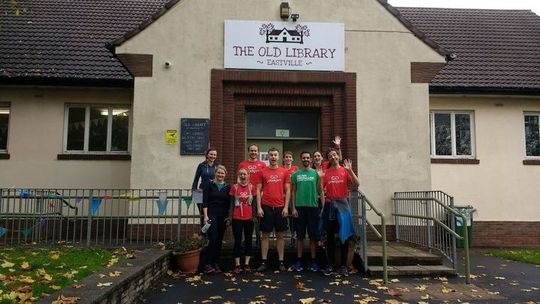 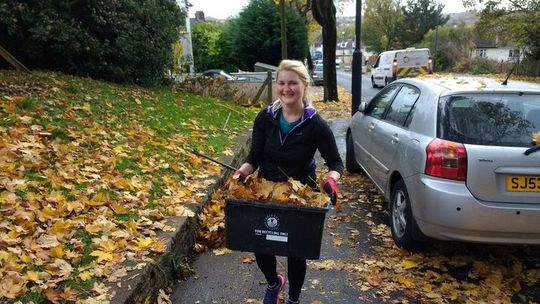 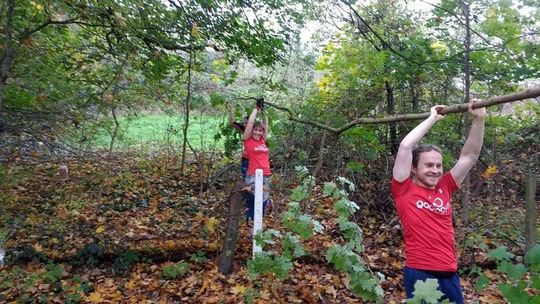 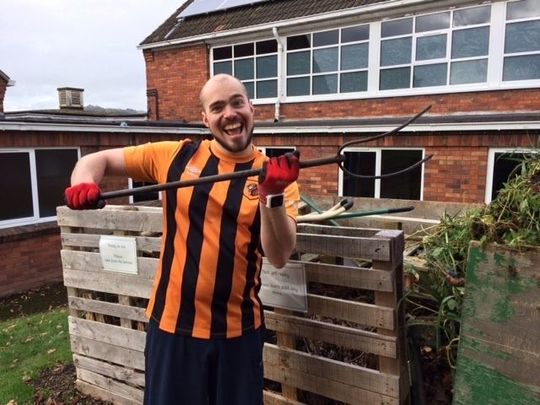 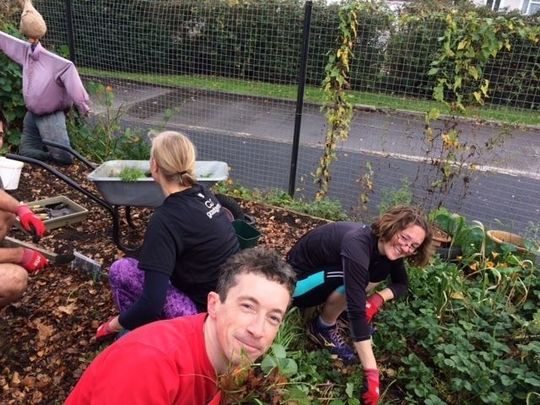 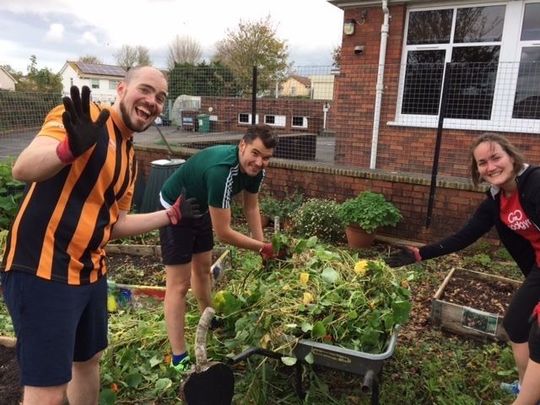 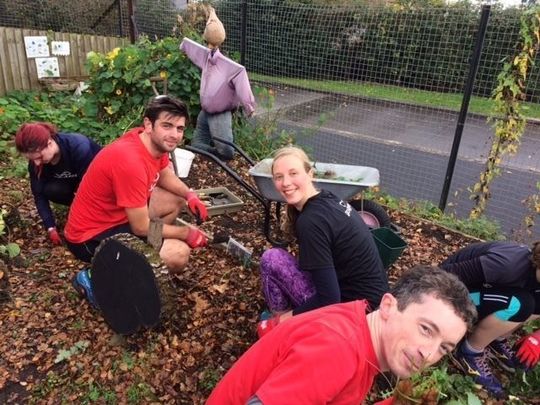 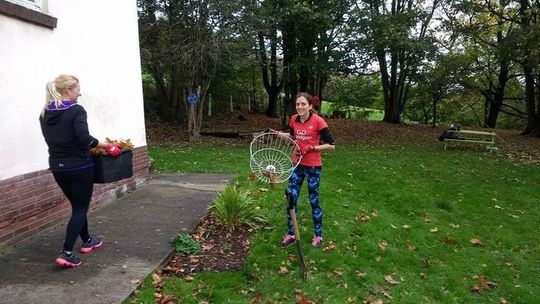 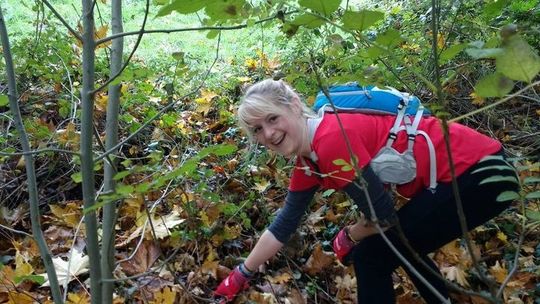 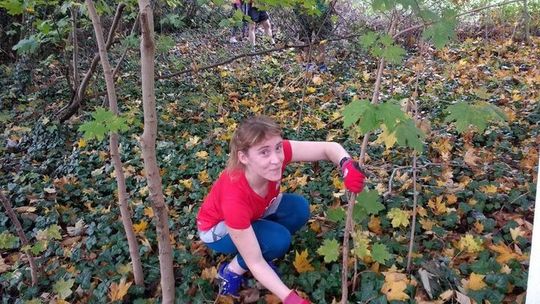 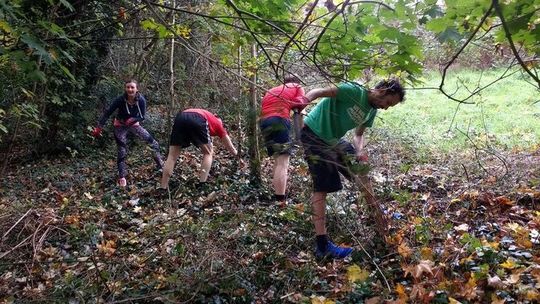 A fantastic Saturday turnout saw the addition of a second task with half of us heading to Ashton Vale school to weed their rather overgrown allotment and the other half heading off to the Old Library in Eastville to help out their regular gardening club.

Fantastic to see three new runners today - two of whom had accepted the Caroline Shilling by agreeing to come along to Goodgym while under the influence of alcohol. Hopefully the morning was a little more fun than a life on the Ocean waves with the 19th century Royal Navy.

After a rather wet start it had turned into a fantastic morning with some warming sunshine so an ideal opprotunity to take on two 4k runs (well I thought so). The Old Library group looked a little thin on the ground at first as I oversold Dave's Ashton Vale option as a steady/slow run but with a little encouragement we managed to split the group 50/50.

It's a nice route to the Old Library, up some unecessary park steps and through two parks (almost 3 as I also added an unecessary extension coming out of the underpass) and taking in the St Werburghs self build houses and Boiling Wells. By the time we got to the library we were properly warmed up.

This task had been a little last minute so I was a bit worried we'd arrive and find there wasn't much to do but I had no need to fear as our host Zoe had sorted out plenty of work for us. One group was to rake up all the leaves at the front of the library while the other was to clear an area of brambles and sycamore saplings (but NOT ash or hawthorn) so that a new forest-school style childrens play area can be established.

Clo and Sam did an excellent job of the raking making the building look a lot more inviting - and the street outside a bit safer for passers by!

Meanwhile the bramble team were clearing a nice passage making good use of loppers secateurs and a hand saw (well done for not sawing any hands off, Caroline!). Our new team ecologist Rich even found a little frog in amongst the undergrowth. All in all, some great progress made.

The school allotment had been in need of some weeding for a few months so it was brilliant that we could finally send some people along. I have it on good authority that the school group (a class act no doubt) worked hard and succeeded in clearing all the pesky weeds, however I have to say that the photos I have received tell a very different story of scarecrows, chicken swings and rides on tiny bicycles so I'm not so sure?

There is evidence of a pitchfork though; Chris tells me it handled perfectly ... and ... cue pun.

Thanks Sam :) Lovely to have you along!