9 runners ran 14.1km on a training session in Southwark. 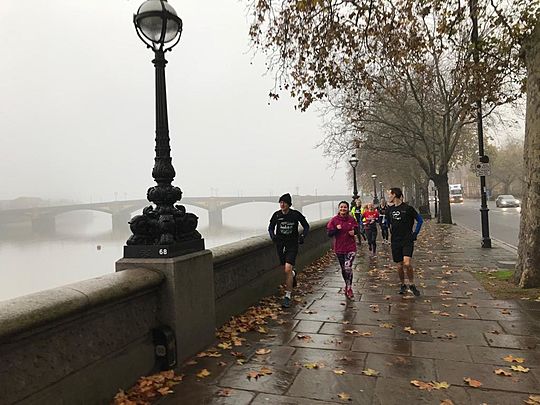 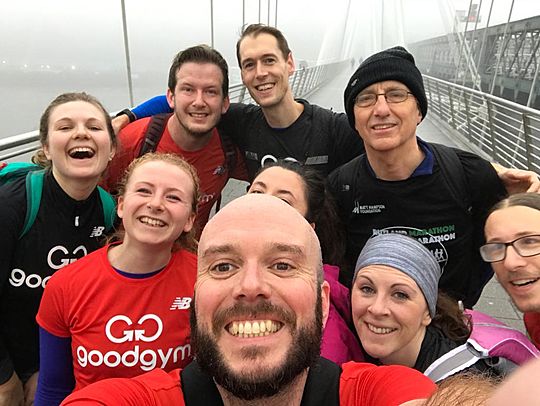 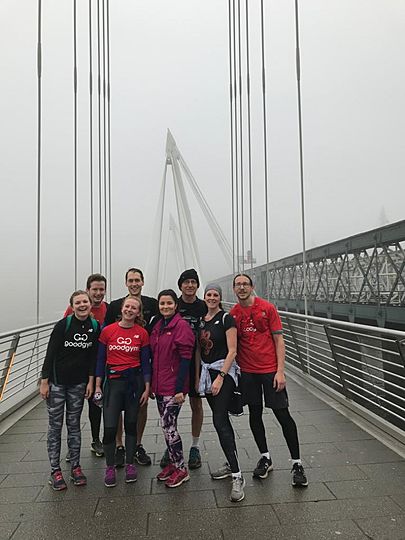 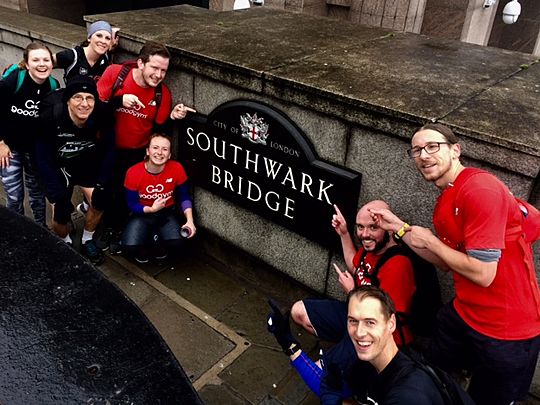 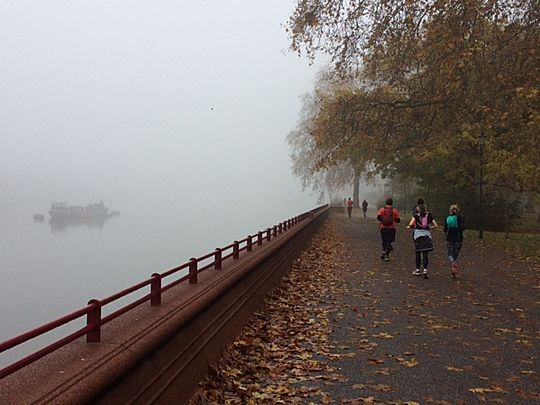 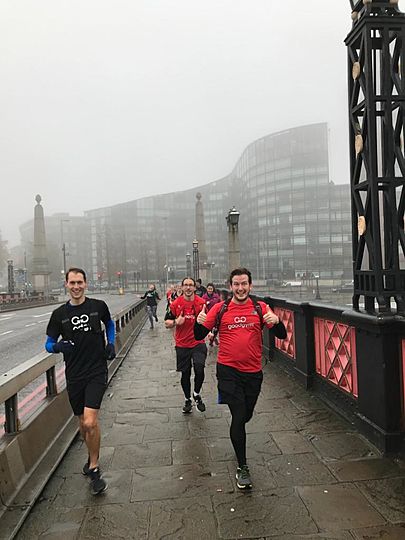 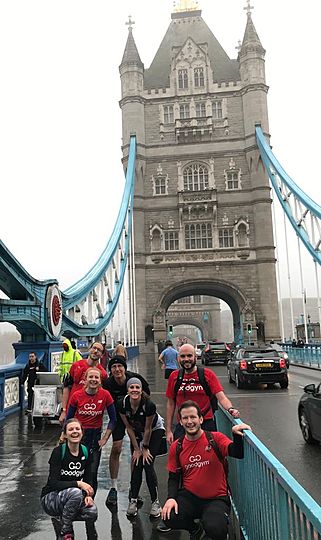 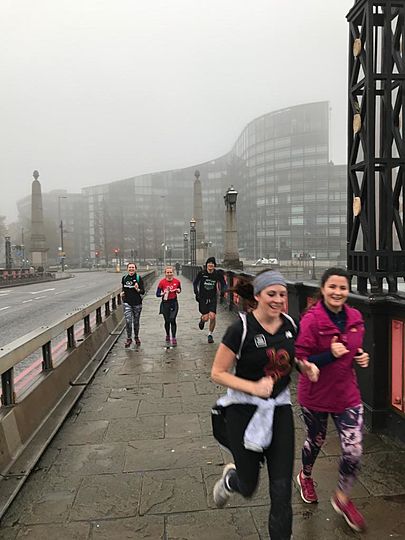 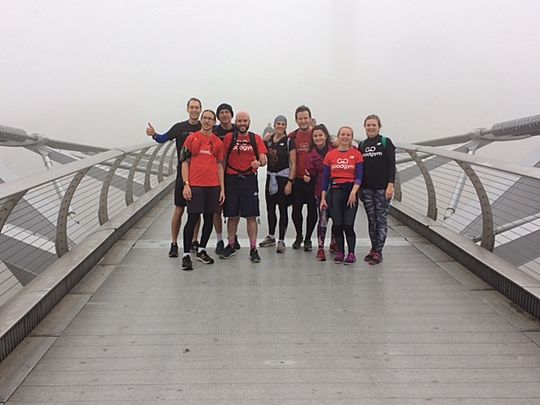 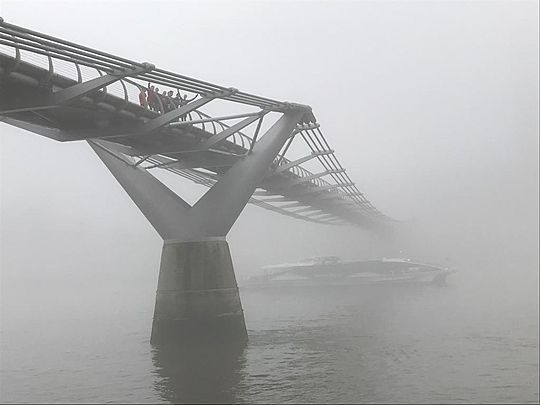 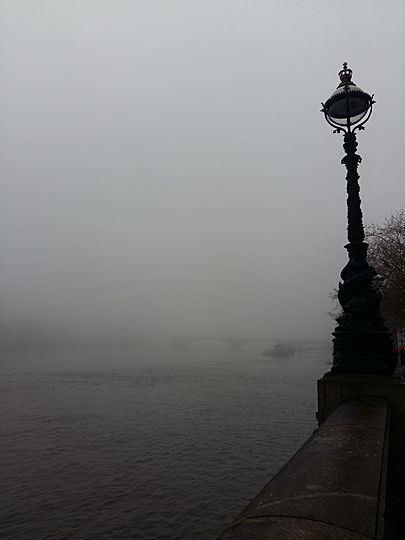 Sunday morning, early alarms set, 9 keen runners met at the starting point at 8am for a 13km run to cross 13 bridges!

An idea conceived by Dan to start at Battersea Bridge and work our way east along the Thames until we reached Tower bridge, crossing the river at every bridge we came to!

Fun Fact - Can you name all 11 between Battersea & Tower Bridge (excluding trains)?

As the pun describes (a song written by The Pogues, suggested by John) - it was a VERY misty morning as we made our second crossing over Albert Bridge. So much for the view! But with the unexpected fog and early start we made our way along beautifully quiet river paths, each of us pointing out areas we knew well due to work, commuting or social occasions.

A chatty pace was maintained with Dan in charge of photographing our journey, adding in some sprints ahead to capture the group in motion. After nearly 2 hours going up and under each bridge and the many stairs in between, we rewarded ourselves with some well deserved breakfast in St Katherines Dock.

Well done team, lets do it again in reverse!