4 GoodGymers made their way 2.0km to help the Clothing Coventry in Coventry. 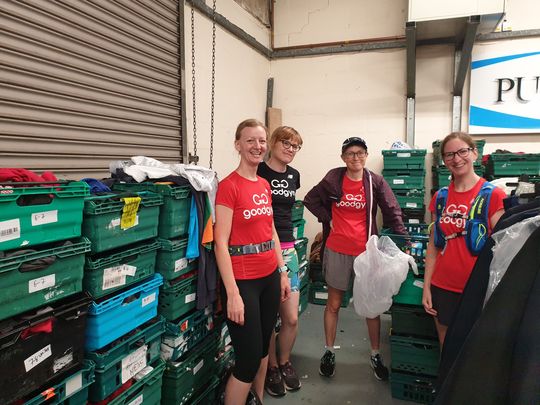 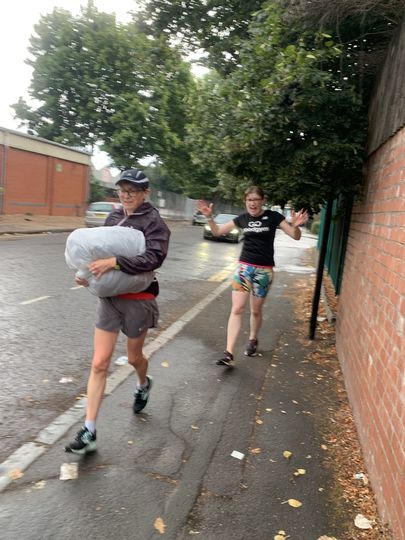 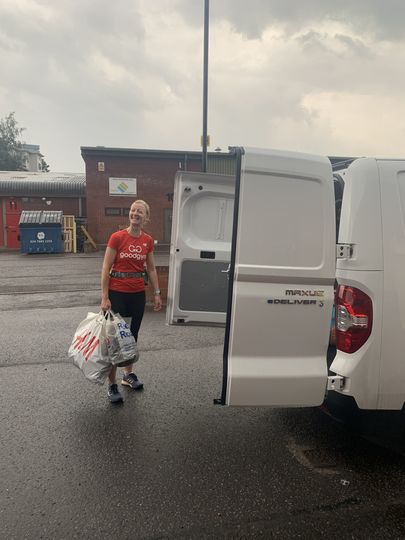 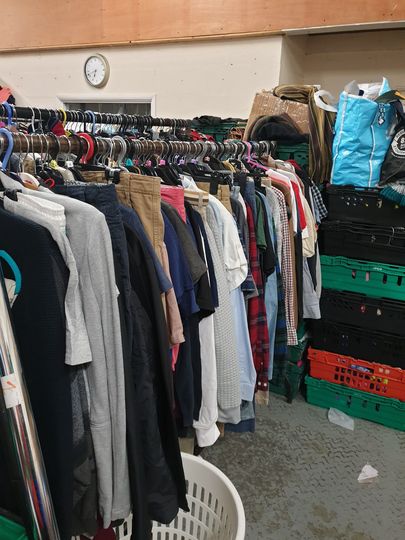 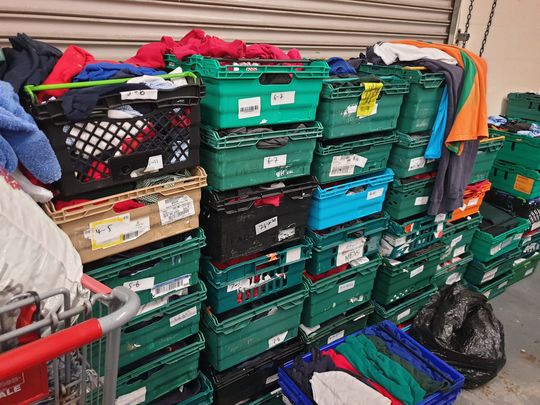 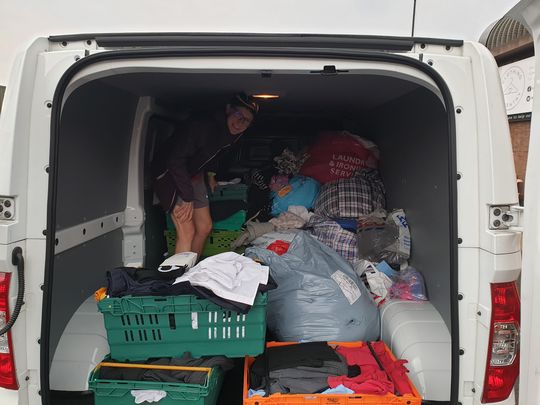 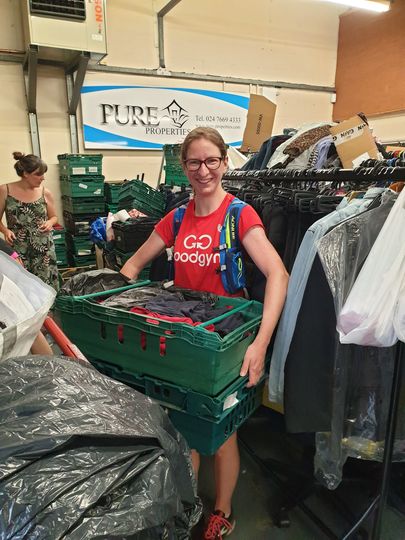 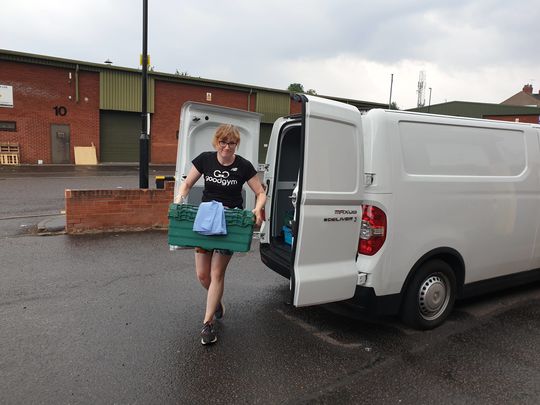 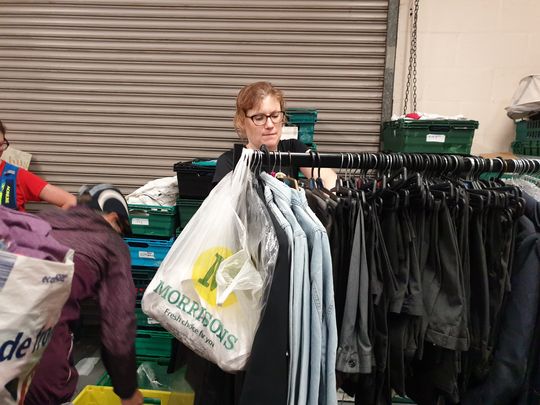 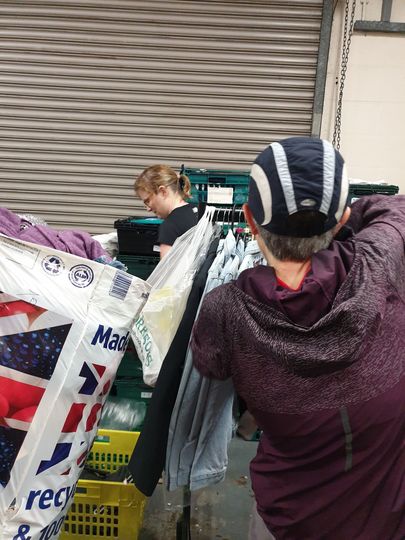 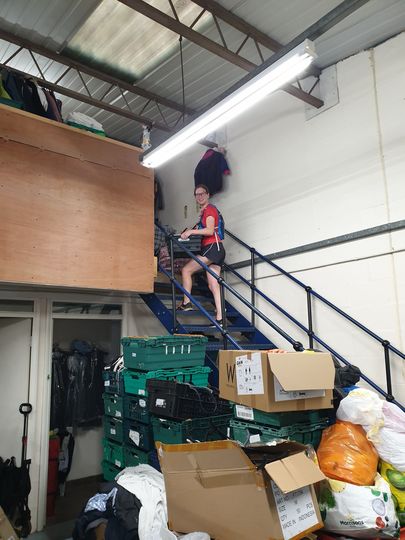 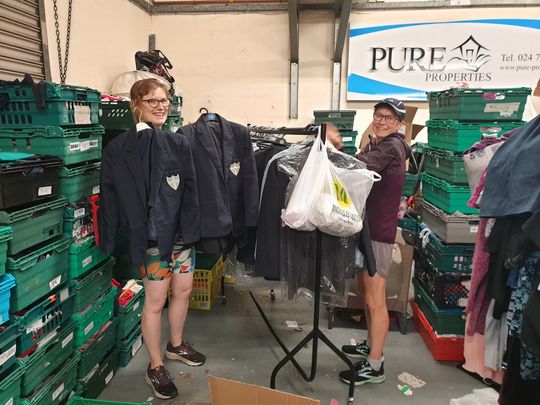 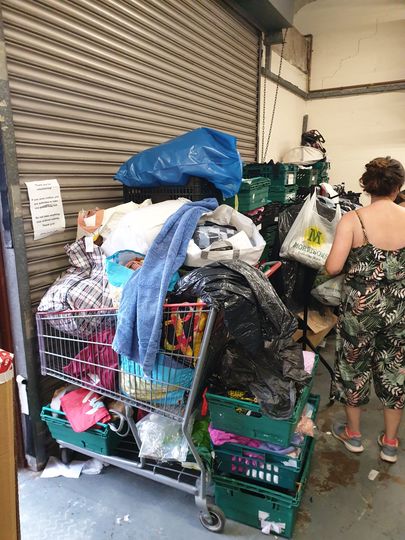 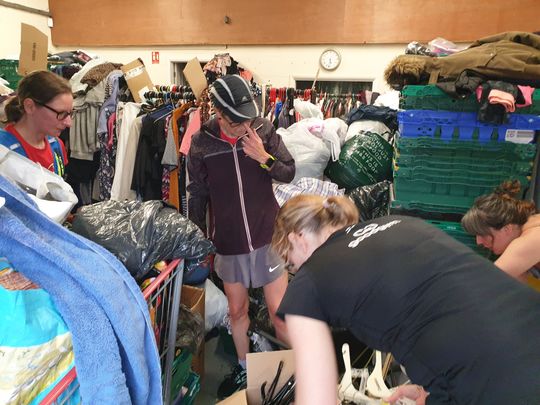 4 Goodgymers returned to support Clothing Coventry with sorting donations at their warehouse.

Clothing Coventry had put a shout out on social media a day or so before our task as they had completely run out of men's clothes - a first for the charity which meant unfortunately they had to turn away service users in need. Laura had kindly collected some men's clothes from neighbours and raided cupboards at home and had collected two big bin bags full of clothes to donate. The only problem was running with them to the task...

Two techniques were favoured, both of which were reminiscent of Father Christmas. The first with a sack over the shoulder, the second and seemingly more efficient technique patented by Emma was holding the sack in front as though hugging a big Santa-sized belly. Thankfully we didn't have too far to run and both bags arrived at their destination with contents intact.

Upon arrival at the warehouse it was great to see that the people of Coventry had answered the call for help and had generously donated lots of men's clothing, enabling the charity to re-start their service helping homeless, refugees and others in need across the city.

The men's clothes had to wait though as the priority this evening was getting children's school uniforms ready for families to come and collect what they need for the new school term tomorrow. Clothes had already been sorted into different ages, but with the recent influx of donations the warehouse needed a re-jig. Laura and Emma set to work hanging up some school clothes to ensure full use was made of the clothes rail, whilst Lil and Katherine got their strength workout carrying lots of crates full of different types of clothing upstairs to try and make some room.

The crates of uniforms were then stacked according to age and organised from youngest to oldest. All the teenage uniforms were still in the van, so our next task was bringing them all in from there and adding them at the end of the stack along with some school shoes.

With the uniforms organised in record time, we had a bit of extra time to start sorting some of the recently donated men's clothes including hanging them on rails.

With our time well and truly up, we decided to brave the rain and ran back to our meeting point before 3 of the 4 of us then had a rather soggy run home. Such a relief for our gardens and reservoirs to get a good watering after such a long dry spell.

It was lovely to welcome Emma to her first ever group run and in true GoodGym style she had no hesitation in getting stuck in!