If you leaf me now, you take away the fittest part of me

29 runners ran 8km to help their local community in Wandsworth. 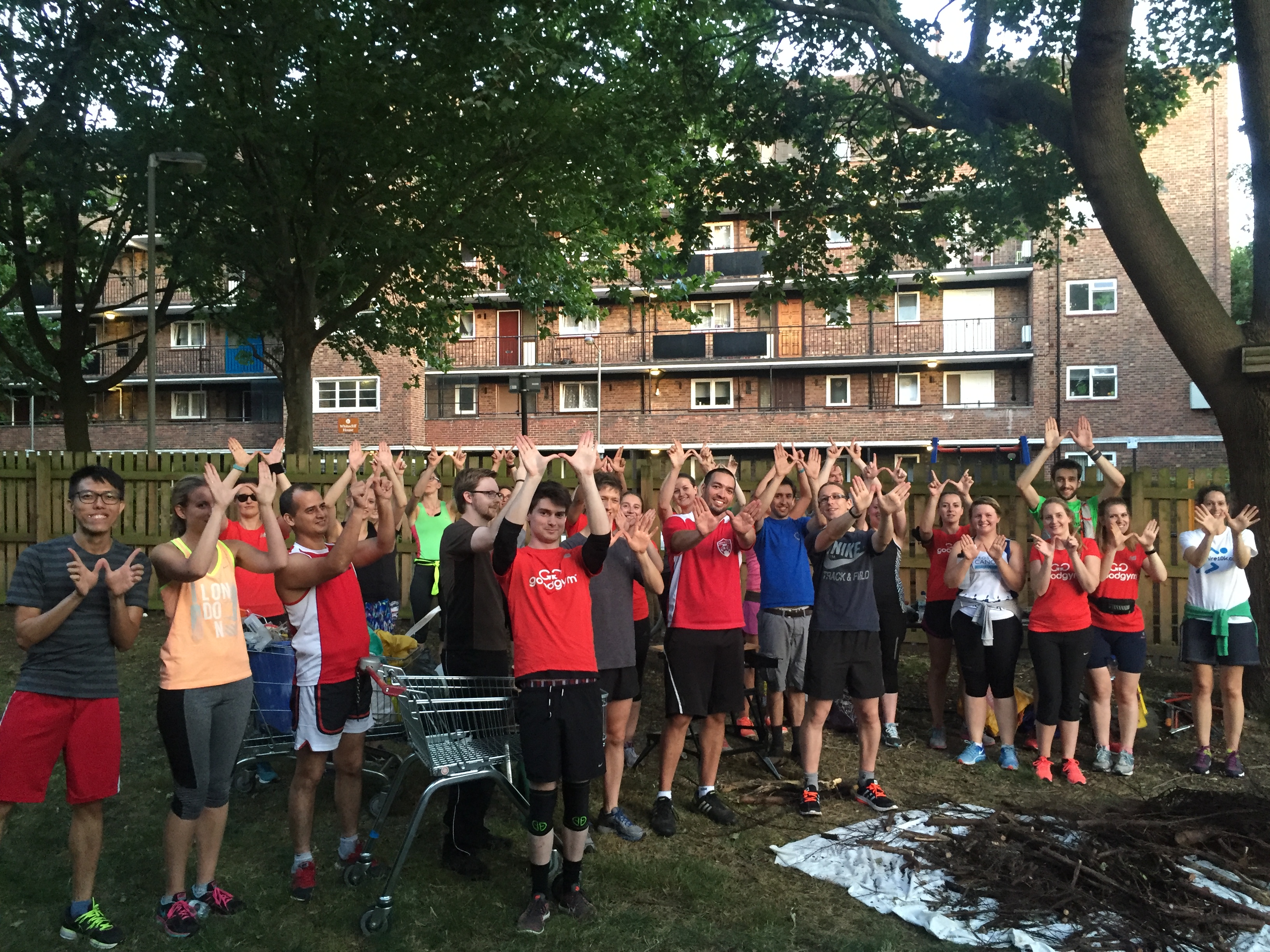 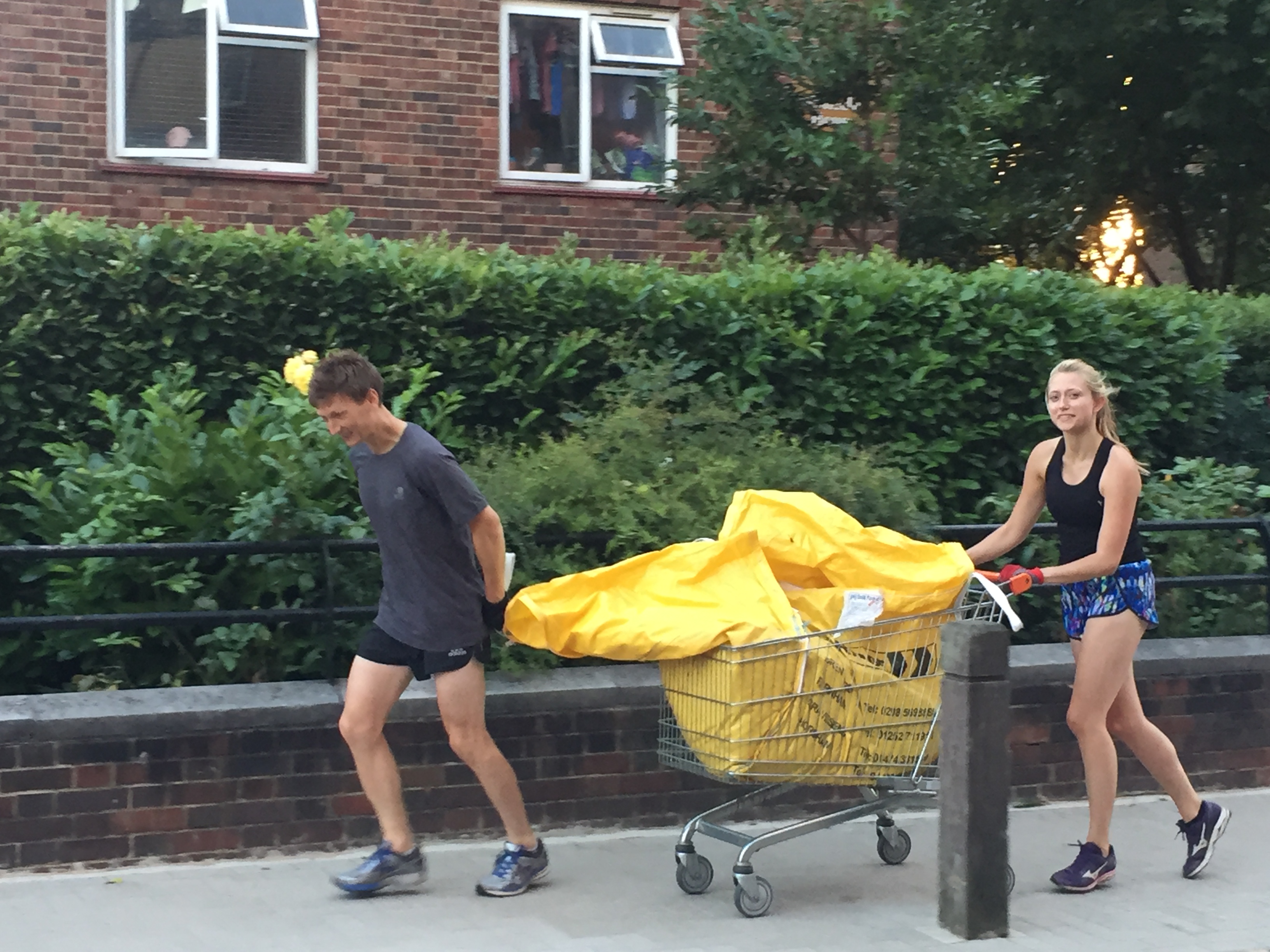 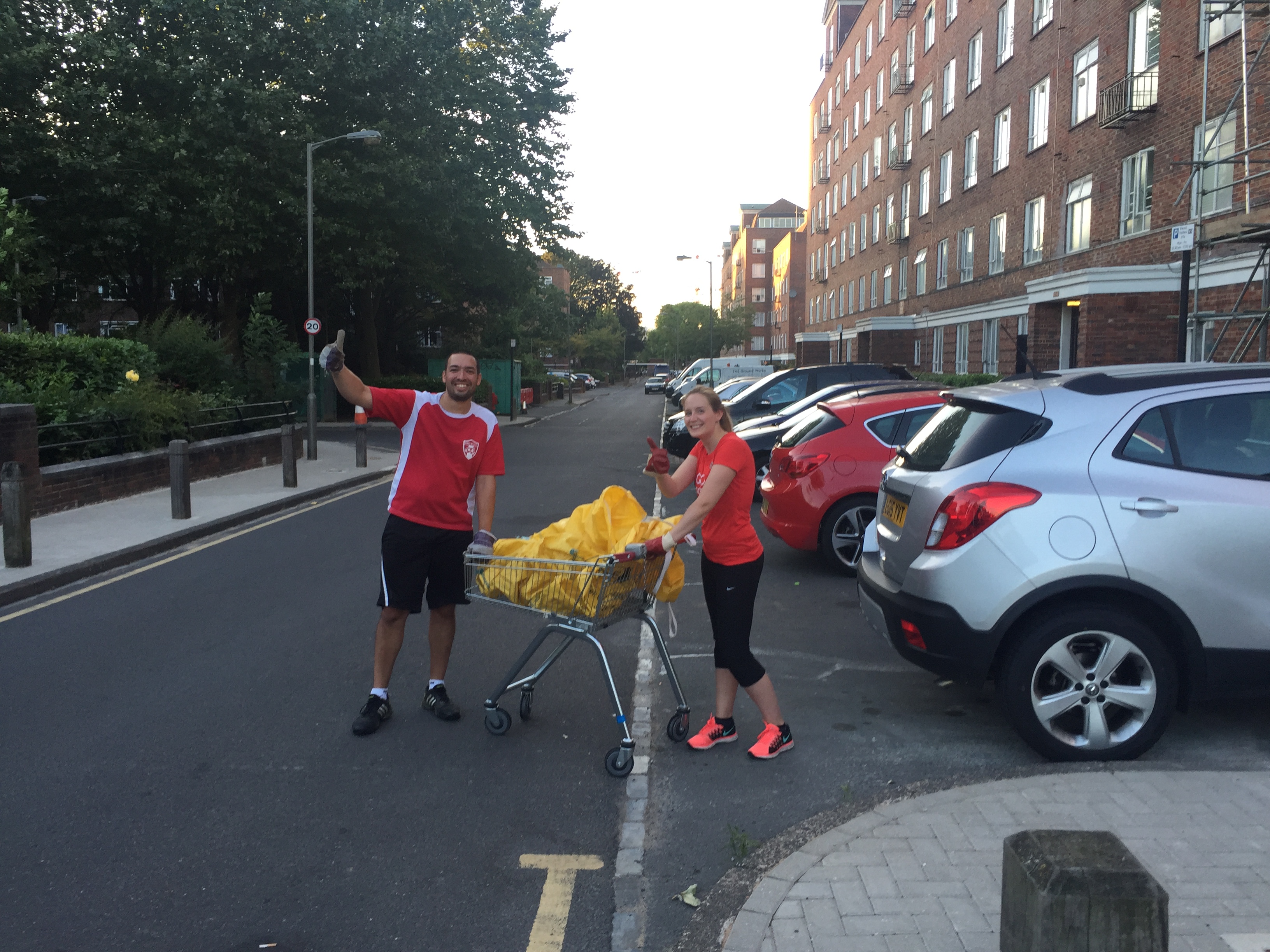 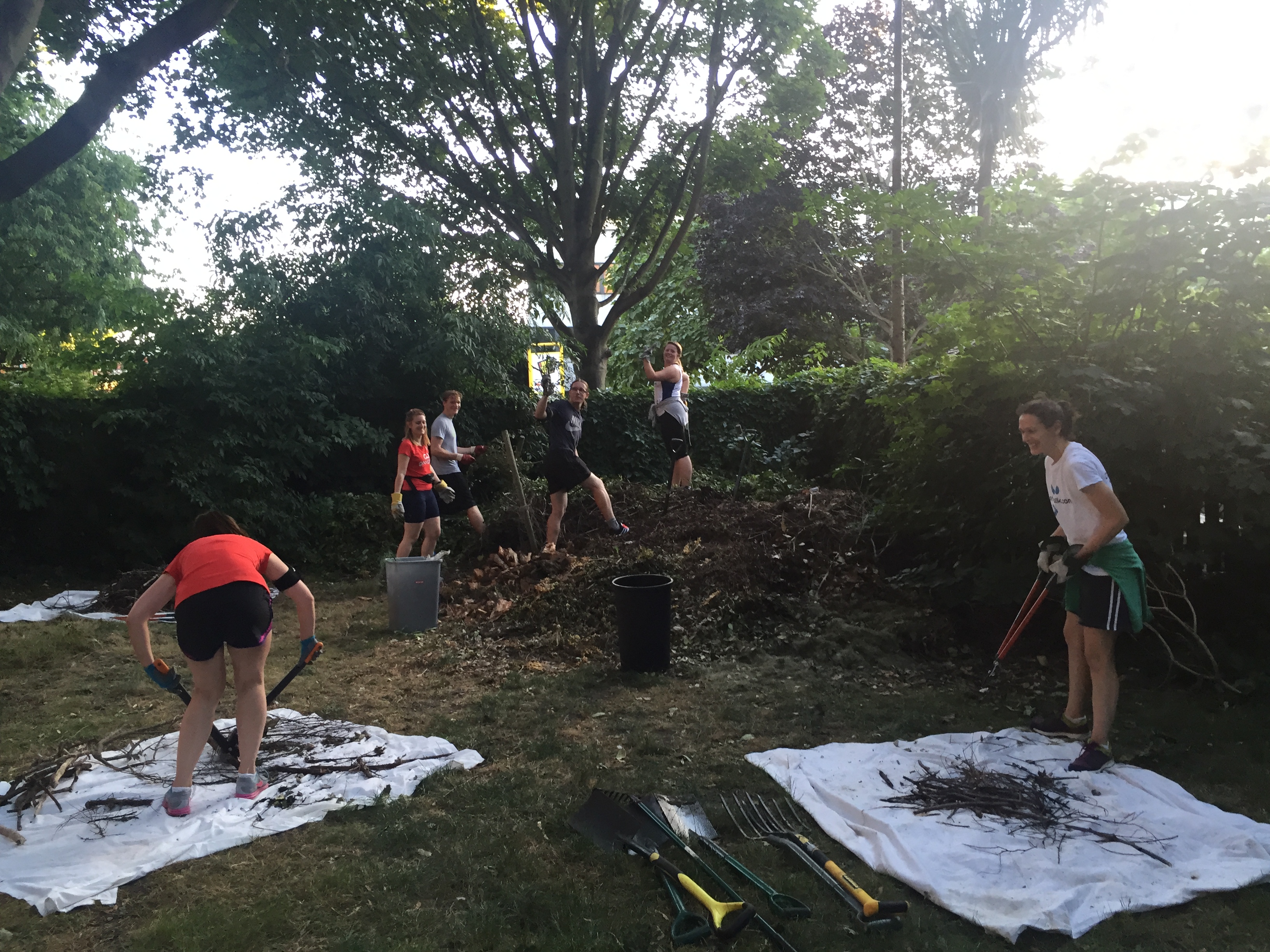 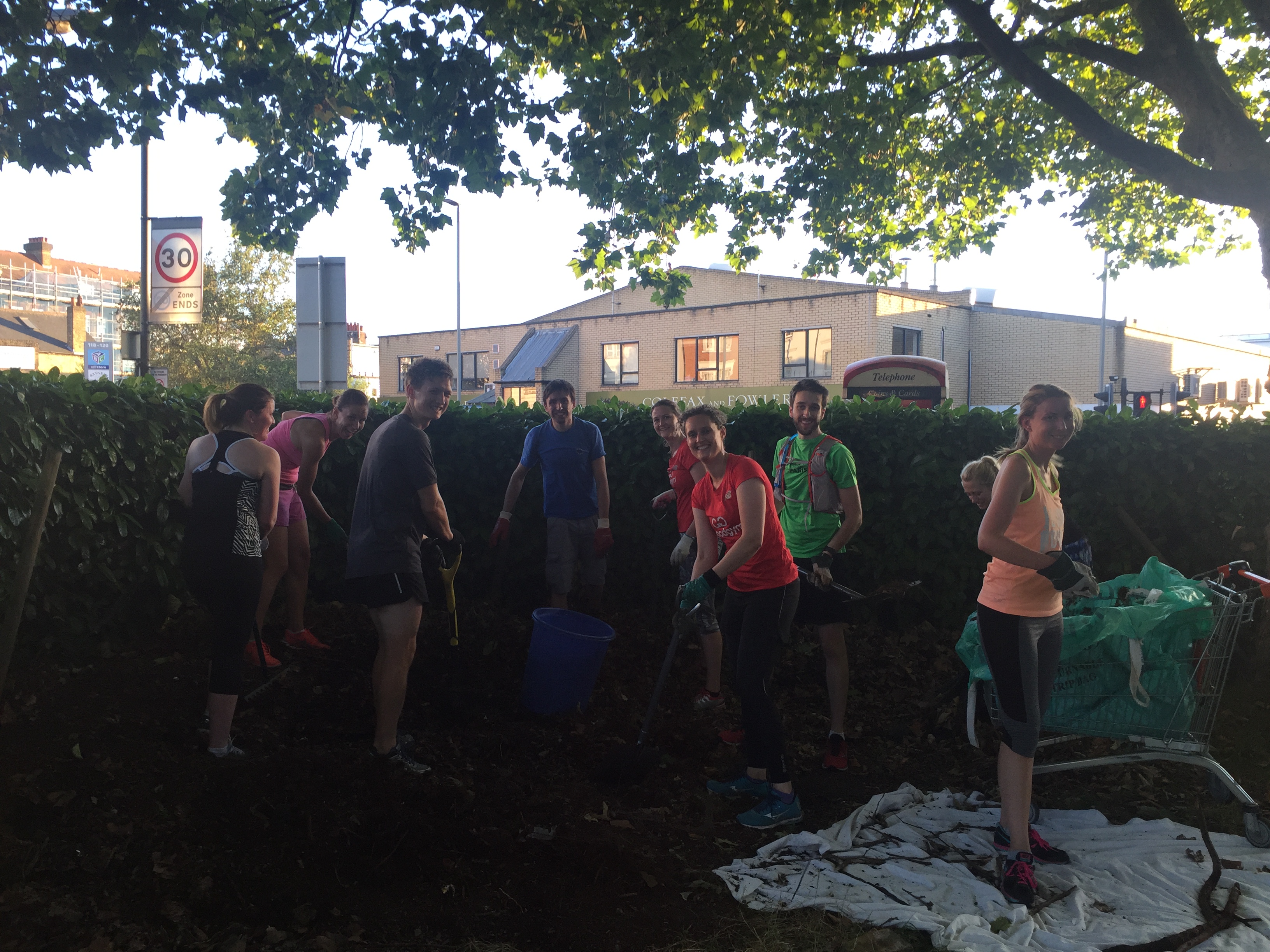 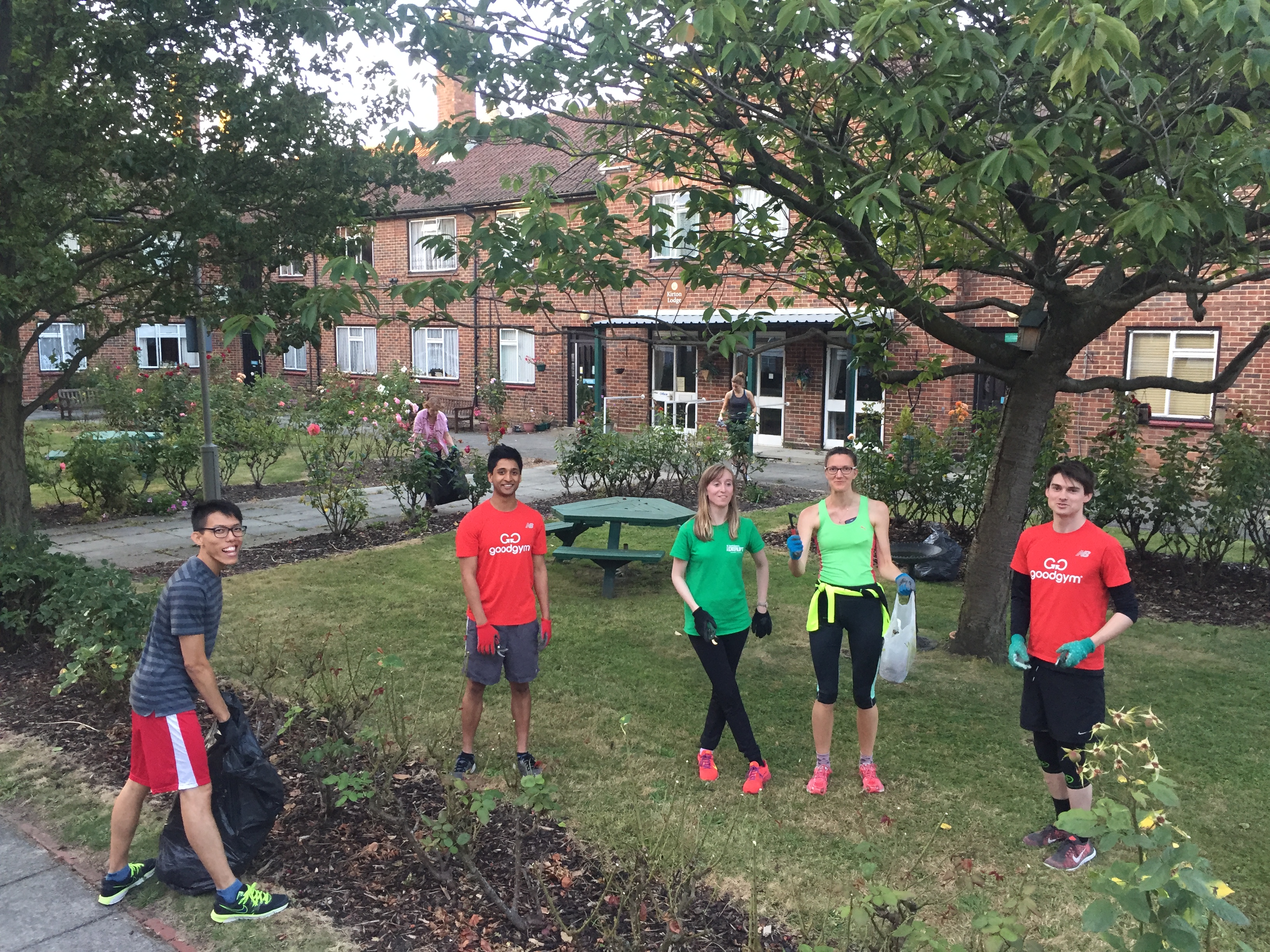 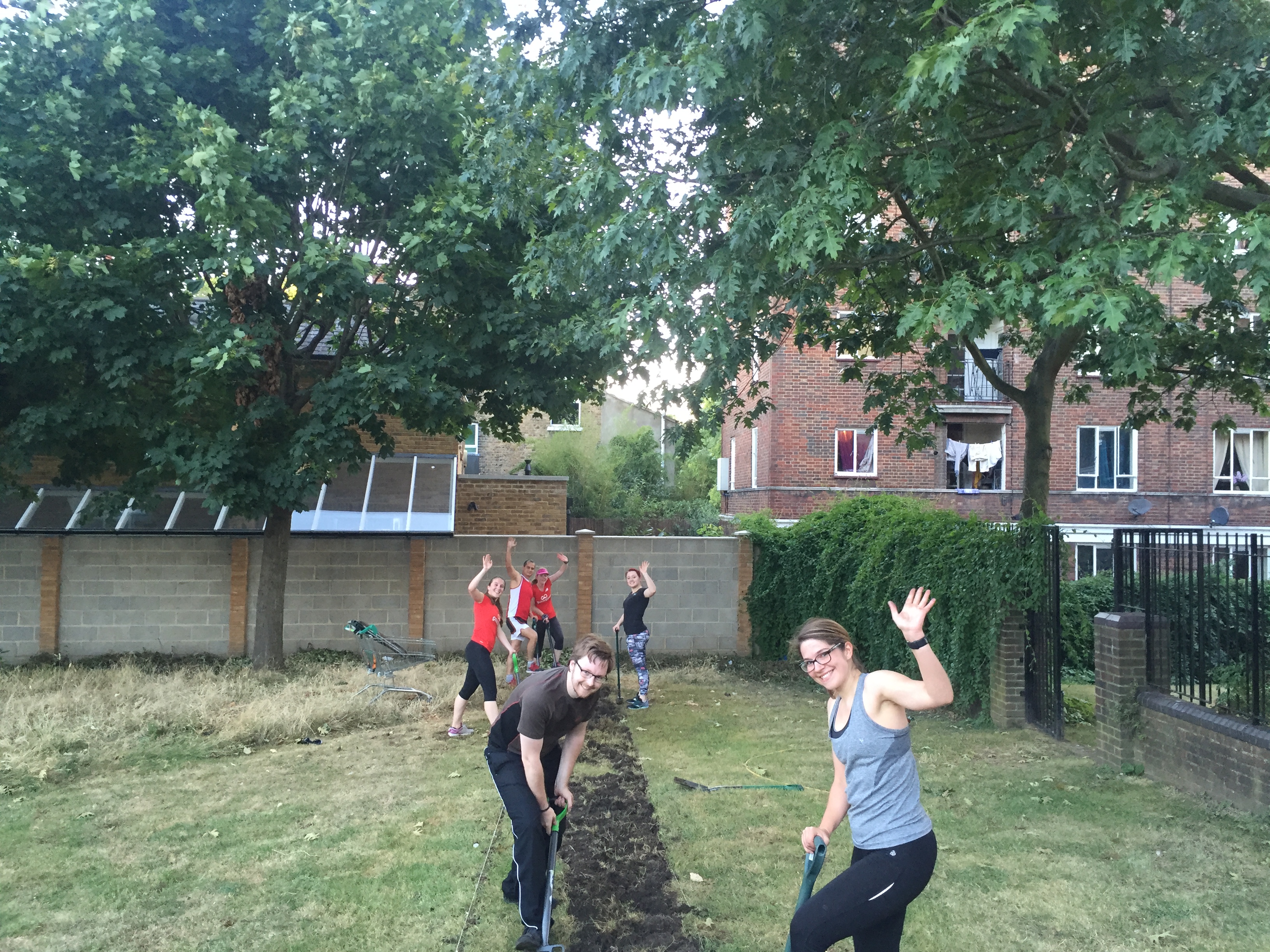 Last week a group of Wandsworth warriors began working in the Wendelsworth community garden. Beds were dug, branches were sawed, progress was made. But knowing there was still work to be done, they couldn’t keep us away. We toed the line at the Battersea Arts Centre, and with the off, nothing was left to be seen but a streak of red tshirts storming down Lavender Hill towards the gardens.

We made it in record time, with Jack doing a great job backmarking, and were quickly deployed into teams. Tom led a group to the rose bushes, where they demonstrated some impressive deadheading skills. Own up, who has Groundforce on series record?

Team two tackled the first of an enormous pen of leaves and mulch and other good stuff. A splinter group soon formed to saw a pile of branches, while team three leaped into another huge pen to shift a load of vegetation to the fruit orchard. They well and truly earned their stripes sprinting with full wheelbarrows, and there were more than a few twitching curtains around the estate.

The final team were putting last week’s hard earned experience into practice digging long beds ready for planting. It was back-breaking work, but the group took their minds off the task with a discussion on the various merits of chocolate bourbons. Next week: jaffa cakes.

The leaf pens emptied, the beds dug, branches sawed and the roses resembling the final days of revolutionary France, we waved farewell to Martin and the wonderful Wendelsworth gardens, and off we ran to Wandsworth Common to do some serious speed work. With Mo on our minds, this wasn’t to be a light session. A course was identified, and the first group raced off to set their first time. They returned in a blaze of glory, ready for group two to make their mark.

Recovery is for wimps though, and we had chosen today as the inaugural weekly Plank Challenge. A strong core is vital to prevent injury – it stabilises and keeps the body upright on longer runs. So, every Monday, each runner is going to try and beat the previous week’s record. Wandsworth proved itself to have some colossal plankers among the group, with the final two lasting over 5 mins 15. Way to go Dom and Richard! Amazing job. With the world record standing currently at over 5 hours, we’re definitely going to have to extend our hours.

We finished the session with the group trying to beat their first sprint time, and with a fiery sunset lighting the common, smash it they did. Everybody gave it their all, and everyone deserves to be proud of themselves. Shout out to Ed, Tim and Hannah for some cracking performances.

A gentle jog back to our starting spot was used to discuss the weekly CoRUNdrum, which in a shock first, was not solved by Wandsworth Runners. The question? There are two tube stops which have all five vowels in their name. Answers on a postcard to Wandsworth HQ if you know!

Well done everyone, as always you pushed it hard, and will see the benefits of it both in your borough, and in yourself.

See you next week for some different work in Clapham’s Eden Garden, sign up here: https://www.goodgym.org/group_runs/eden-community-gardens-need-our-help

Love the report name. And the song!

A few other photos taken in the beautiful Monday evening were uploaded to GG Wandsworth FB page: