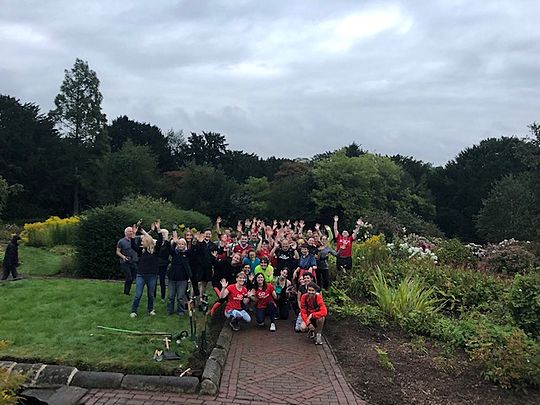 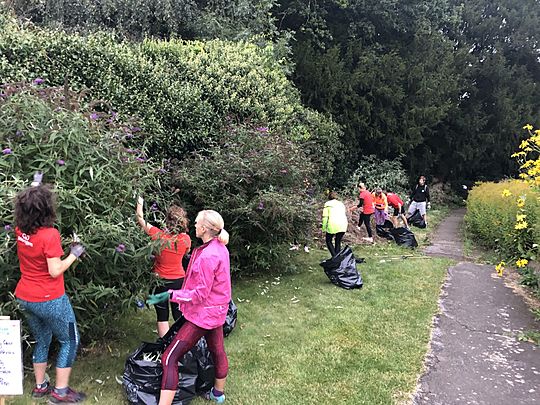 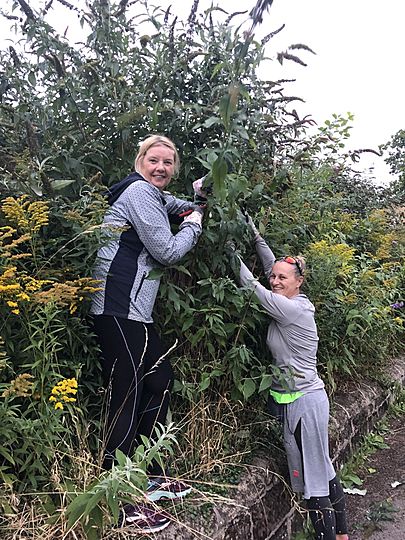 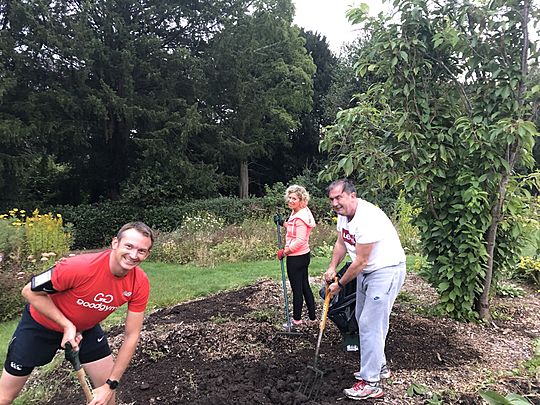 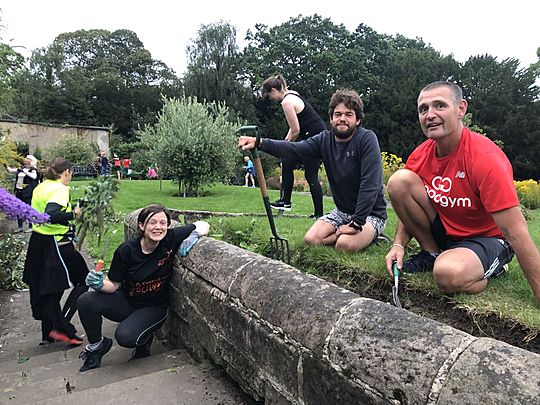 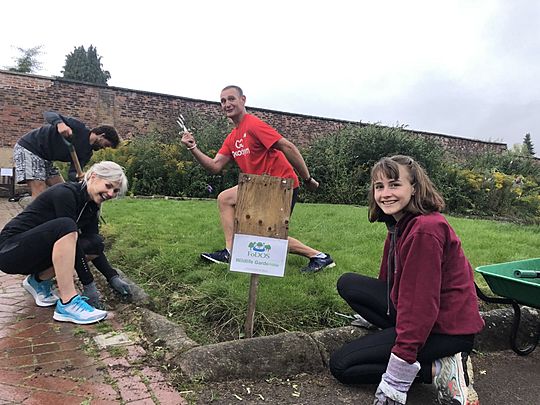 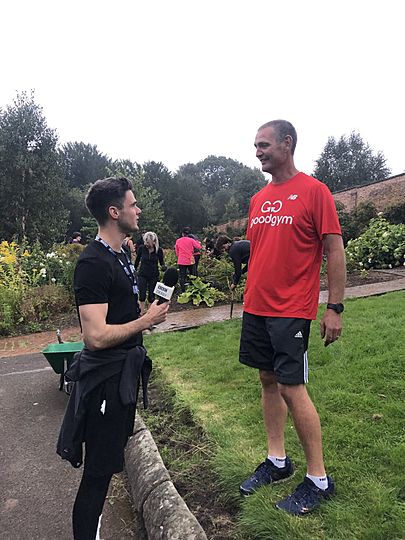 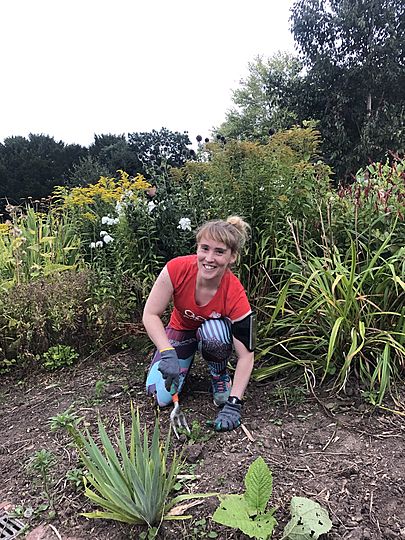 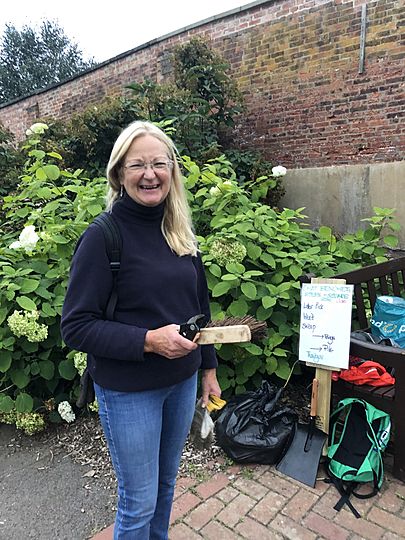 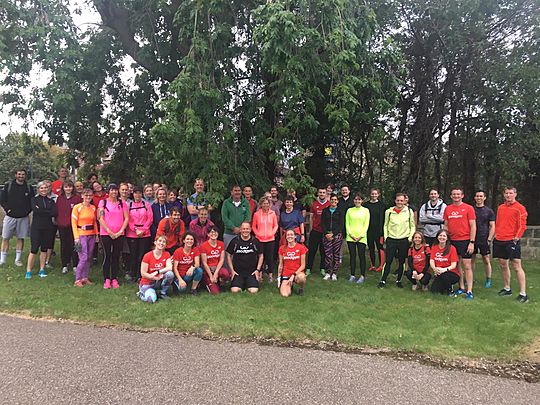 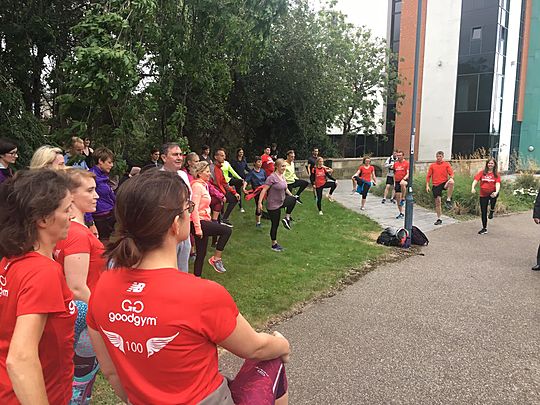 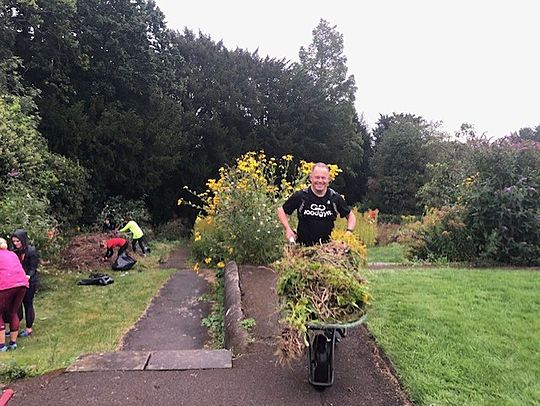 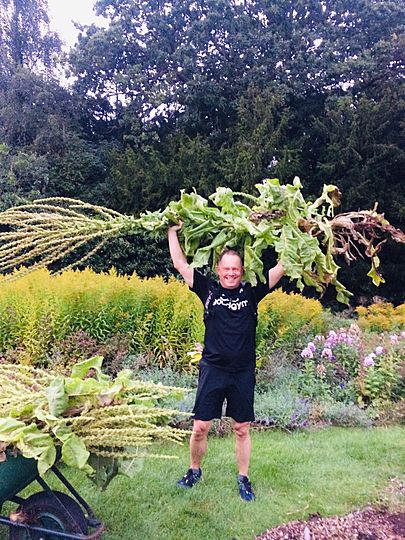 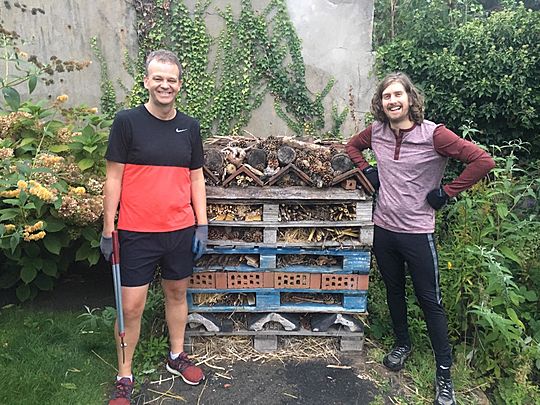 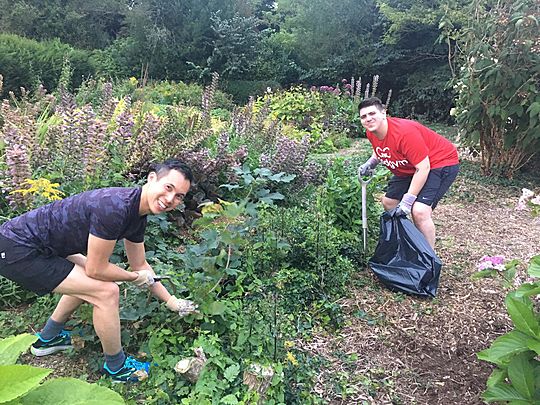 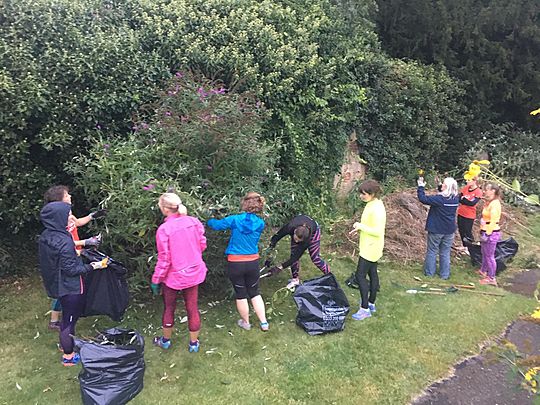 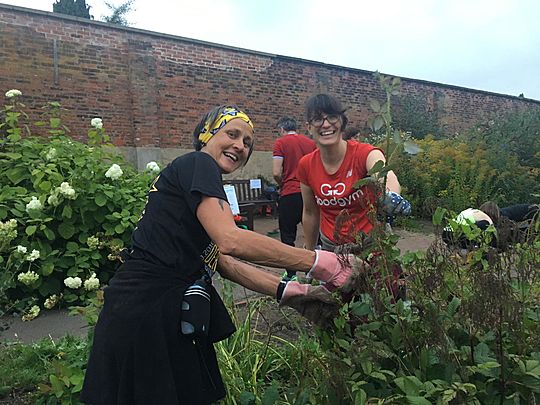 55 runners (not including our special VIP guests from the council, including Mr. Mayor!) met at the Jurys Inn yesterday to mark the launch of GoodGym's 54th hub & to kick off doing good, whilst getting fit in our wonderful city.

It was brilliant to see so many new faces to GoodGym starting this journey together (we're sure you'll all be hooked from now on!) as well as seasoned GoodGym'ers from other areas supporting the launch; a huge thanks to the GoodGym Sheffield crew & those who travelled from the depths of the south (London!) to celebrate with us yesterday.

Our first task took us through the lovely green space of Darley Park to support the Friends of Darley Open Spaces (FODOS) begin the transformation of the Butterfly Garden into the Wildlife Garden & boy did things get WILD!

From dead-heading buddleias (I only learned what that meant yesterday) to weeding, sweeping, hoeing, digging & admiring the UK's largest collection of Hydrangeas, our tribe of 53 runners made an incredible difference.

To put a number on that difference (we like stats!) the 40 minutes each of us spent last night volunteering, collectively equates to 36.6 hours! Amazing right!? That's 2,200 minutes! I'm sure the fabulous volunteers from FODOS would agree that our first task has made an enormous difference to their garden & to the local community who enjoy that space. These numbers really help to highlight what GoodGym is all about... we might not be volunteering somewhere for very long, but as a large group of runners (come on, we work fast!) we can get a heck of a lot done!

(Pssst... We're back at the Wildlife Garden on the 29th October to support this lovely group again!)

More stats, the running kind, the kind we love.... We traveled a total of 4km powered by foot last night, with a running group led by Dani (me) & back-marked by Rachel & a walking group led by Nicky (let's give the task-force a cheer!) as well as a mini fitness session which saw you all finding your glutes with squats & lunges. Plus we can totally include the 40 minutes of hard labour you put in at the garden, especially the diggers & wheel-barrowers!

TV's overrated, we're going to be on the radio! & Sam from BBC Radio Derby is totally alive FYI. Keep your eyes peeled on GoodGym Derby's social media channels for an announcement of when you can hear your claim to fame on the BBC Derby Radio Breakfast Show. Thanks Sam for joining us & doing double the mileage running & back forth to do interviews!

The launch event is done & dug (hehe), but this is only the beginning!

Every week (on Tuesday, don't turn up on a different day, we won't be there) at 6:15pm we'll meet at the Jurys Inn & run to a task, smash it & run back! Next week we're going a little further afield, running a total of 10km to do a leaflet drop in Mackworth for a community library. This isn't any old leaflet drop; there will be an option on the run out to work on your speed (getting some practice in) because once we hit Mackworth, a friendly teams-based competition will unfold! Don't let the sound of speed-training put you off, all abilities are welcome as always.

10km too much at the moment? Our third task takes us to another beautiful green space, with a total distance of 5km.

Big thanks to Ashley for taking amazing photos on last night's launch. If you haven't yet set a profile photo for your GoodGym account, find yourself in the snaps & use one of these beauties!

Finally, a huge cheer to every single one of you for being such a wonderful group last night; for getting stuck in, being super friendly to everyone & generally just a delight to be around. Here's to next week & the start of something beautiful with GoodGym Derby!

Fantastic first night Dani! Thank you for all the hard work and organisation to get it to this stage and for a brilliant launch task!

It was so amazing to be there for the launch last night, Dani! You were brilliant and everyone worked so hard, not only on the task and the run, but also making everybody feel welcome and supported. I can't wait to see what fantastic things GoodGym can achieve in Derby!