10 runners ran have an amazing time in Leeds. 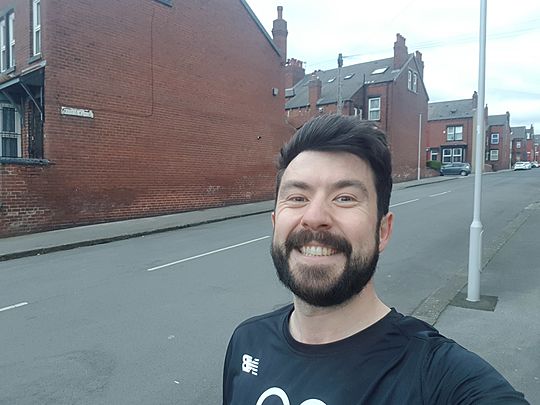 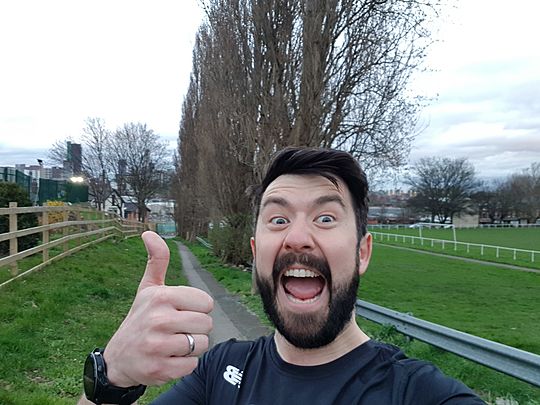 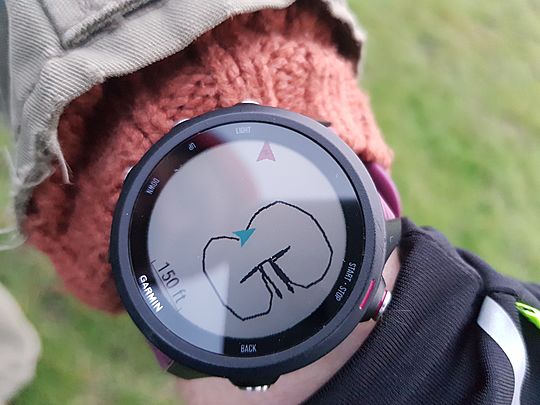 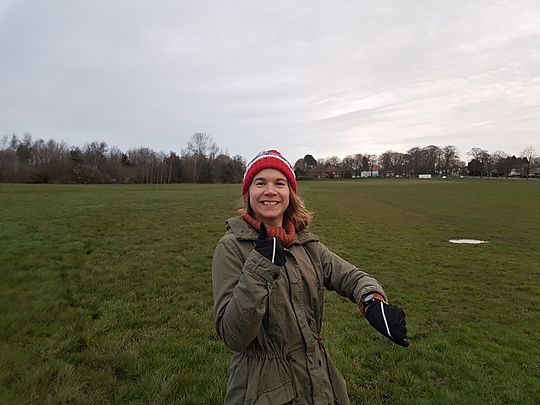 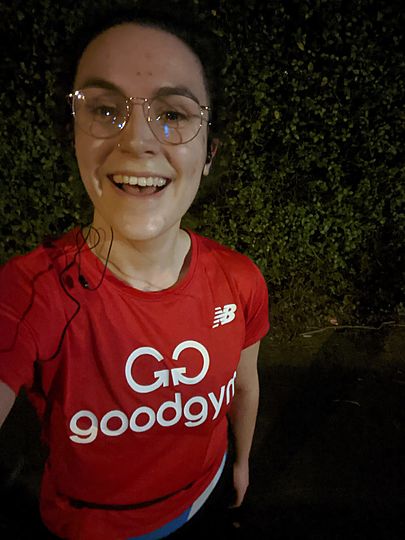 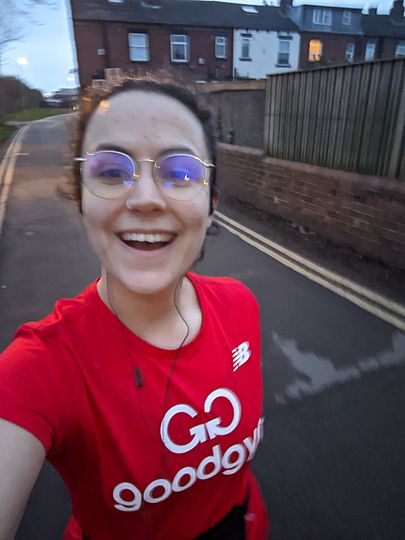 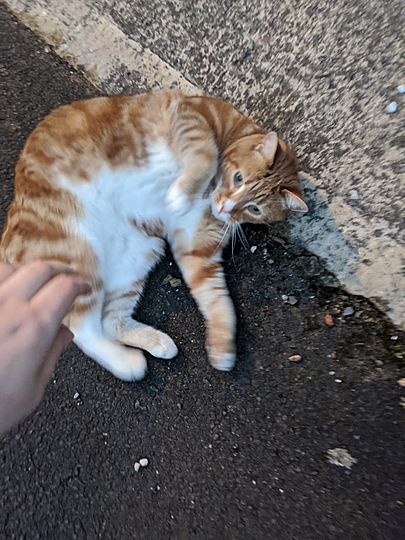 We're all in a strange situation, at the minute, but to try and make sure we're all staying connected and motivated, I've decided to set you all a Wednesday challenge until the group runs are back up and running. This weeks challenge was to create some strava art, preferably in the form of the GoodGym symbol, but anything vaguely running related/topical was accepted! This was chosen as it alowed you to run solo, maintain social distancing, but still get involved in the GoodGym fun.

I was the first to step up, setting what I thought was a pretty decent first attempt with my spelling of the word GoodGym. With my legs still pretty sore from the weekend's race (which I won, did I tell everyone that?!) I took a very gentle jog. The aim was to stick to terraced houses as there are so many more options for letters, and I had planned it in detail beforehand. With my phone in hand I set off running up and down and round in circles, with lots of strange looks from people as I passed them for the third or fourth time on the same street! I also bumped into a fellow GoodGymer Anne (keeping a safe distance of course) and generally found the whole thing very satisfying! Apparently my strava followers weren't quite as impressed. 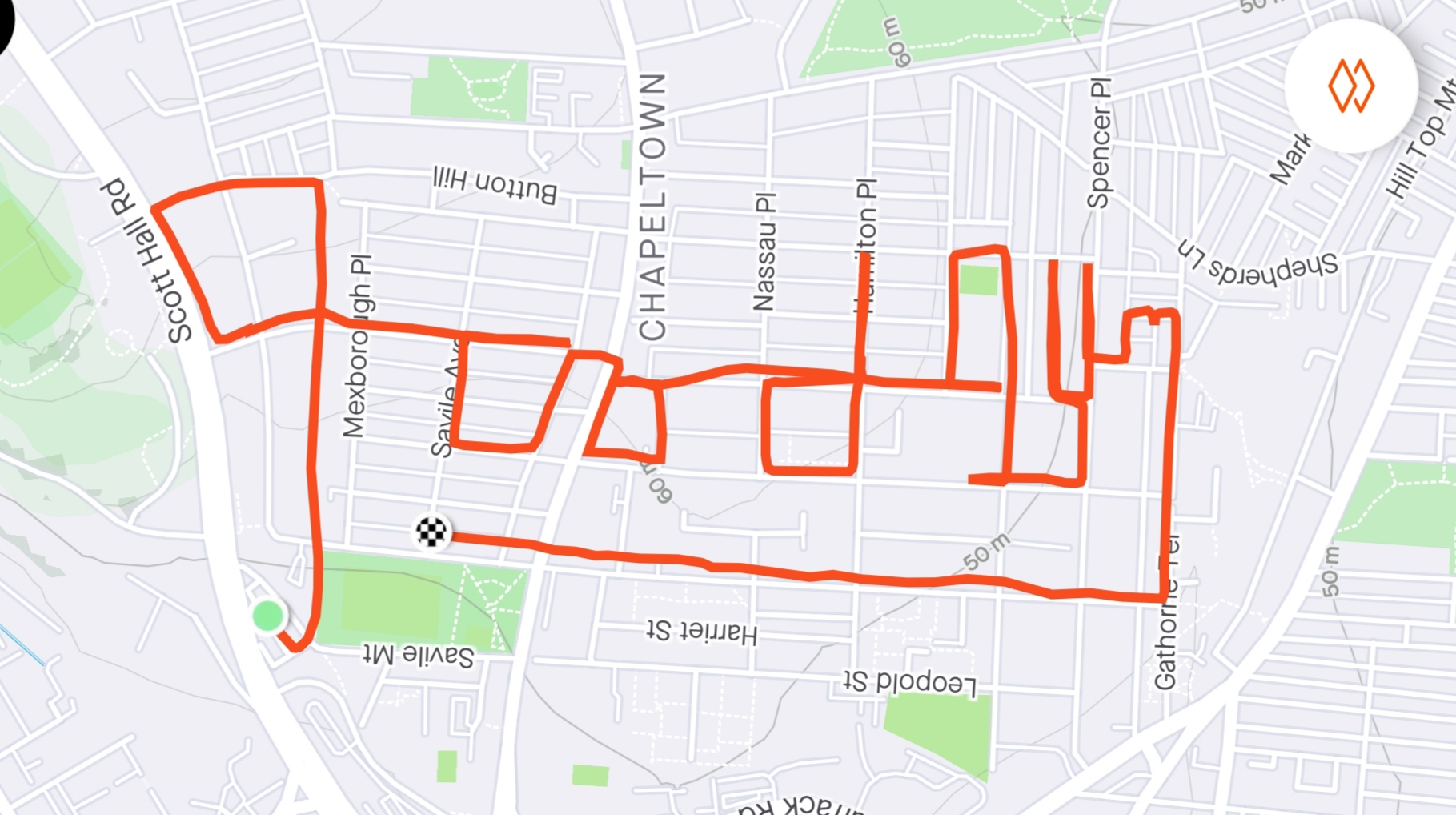 The first person to step up with a response to the challenge was straight in with a strong attempt. Alex also went big on the mileage, with a run of over 8 miles! Massive! Don't let the social isolation restrict you! If you look closely, squint a bit, and stand on one leg, you'll see that this clearly says "Wash your hands". Well done on spreading the message Alex! (You may also notice if you turn the image upside down it looks a bit like a dinosaur - i'll leave it to you to decide which is better). 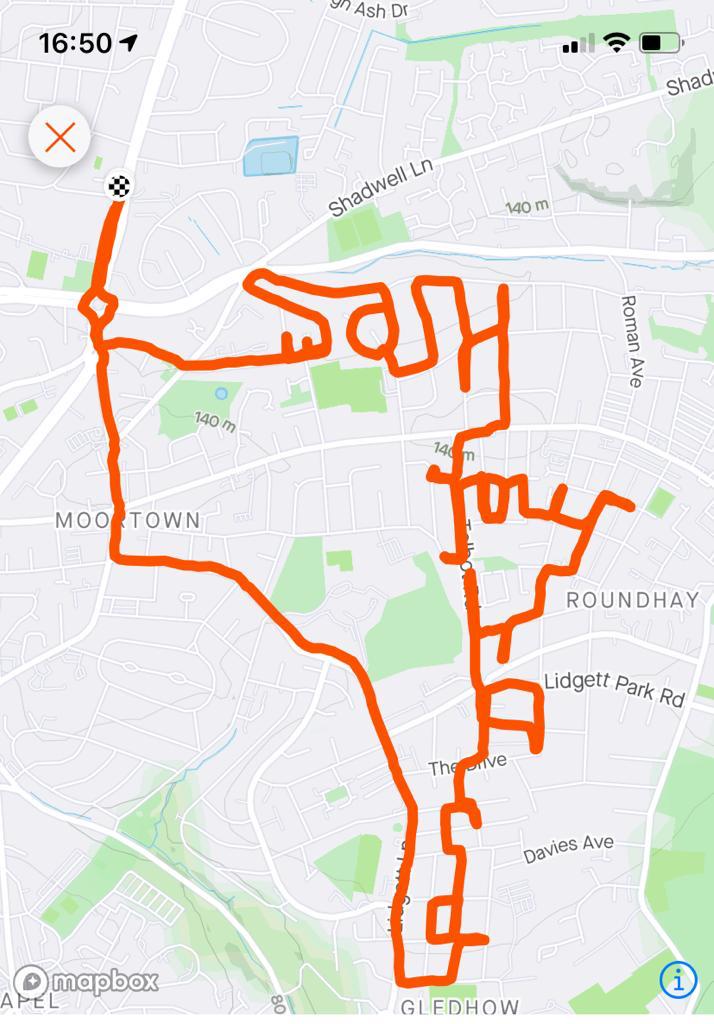 Now we enter the realms of 'Good attempts". Liz went for a freehand (freefoot? freerun?) attempt, but I'm not entirely sure what it's supposed to say, and the less said about Rach and Karly's joint 'smiley face' the better. 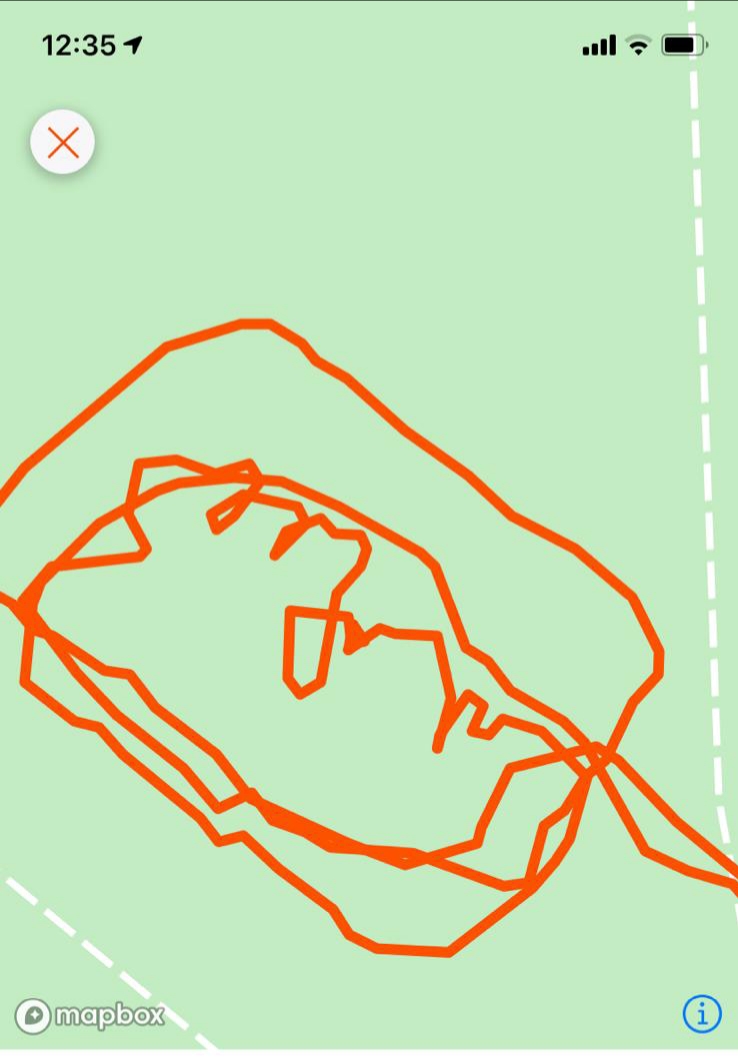 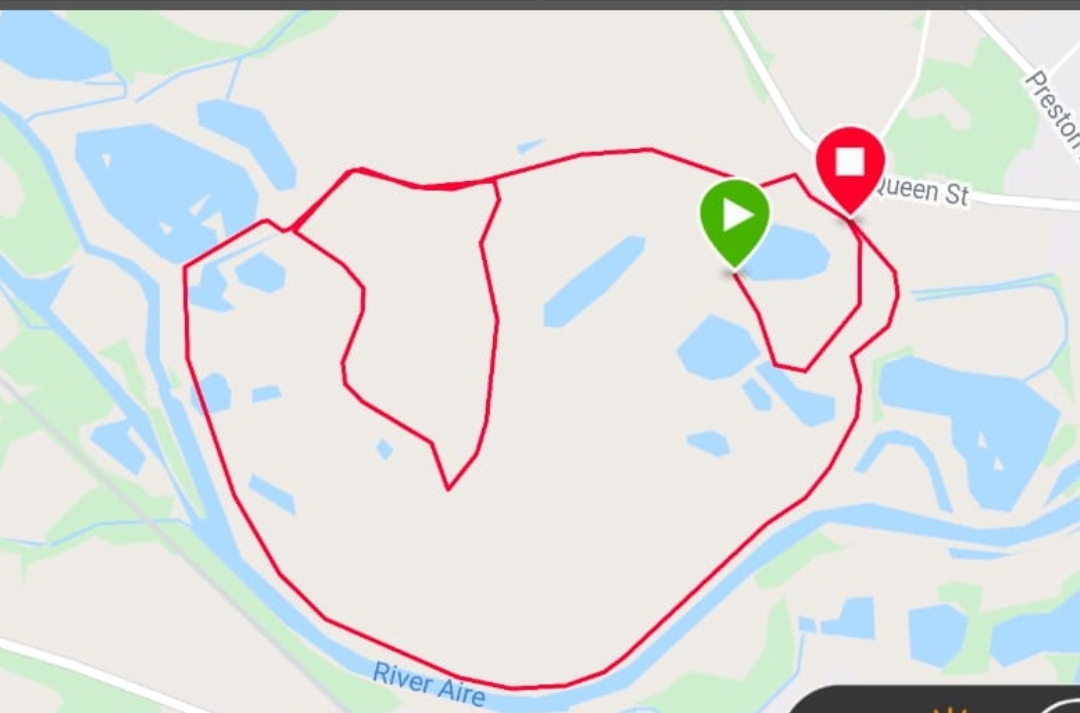 Then we had Heather, who made me stand out in a field for a full 8 minutes to act as a reference point for her while she covered around 500 metres. She also stared intently at her watch's GPS trail, used a tennis ball that she found to mark her turnaround points, and generally took it very seriously. I'm pretty sure she did it all for comments like this: 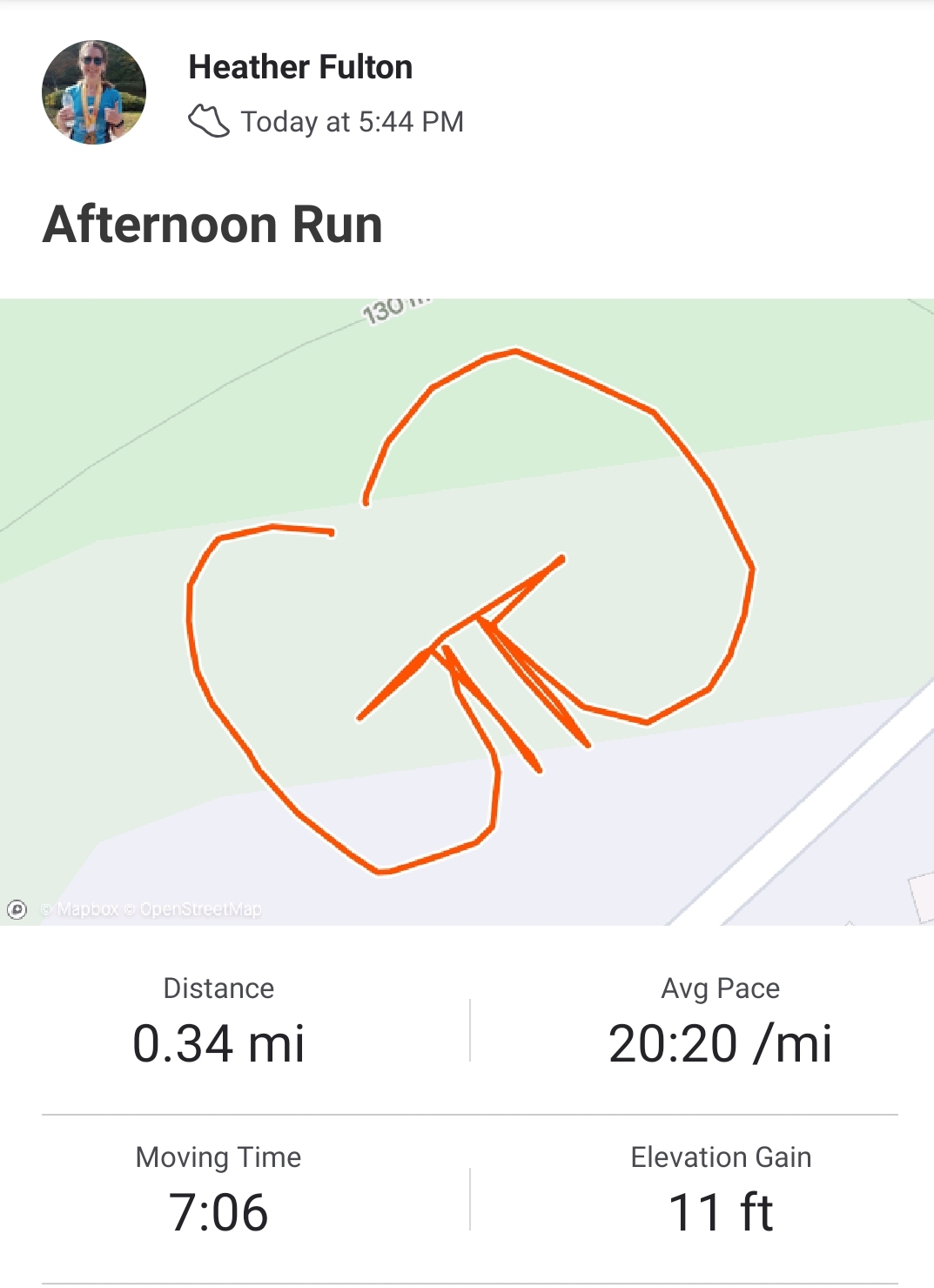 "It looks a bit like a bum!" Katie, always full of encouragement!

Next up we have what I'm calling the copycats. Katie and Tom both went for replicas of my goodgym spelling, and both did pretty decent jobs!

Katie got hers in first and cheated a little by splitting in up into two runs. She also included some pretty outrageous innuendo in her very brief report to me, I'm certain just to make sure she got a mention in the report. I include it here in the hope that it was purely accidental. 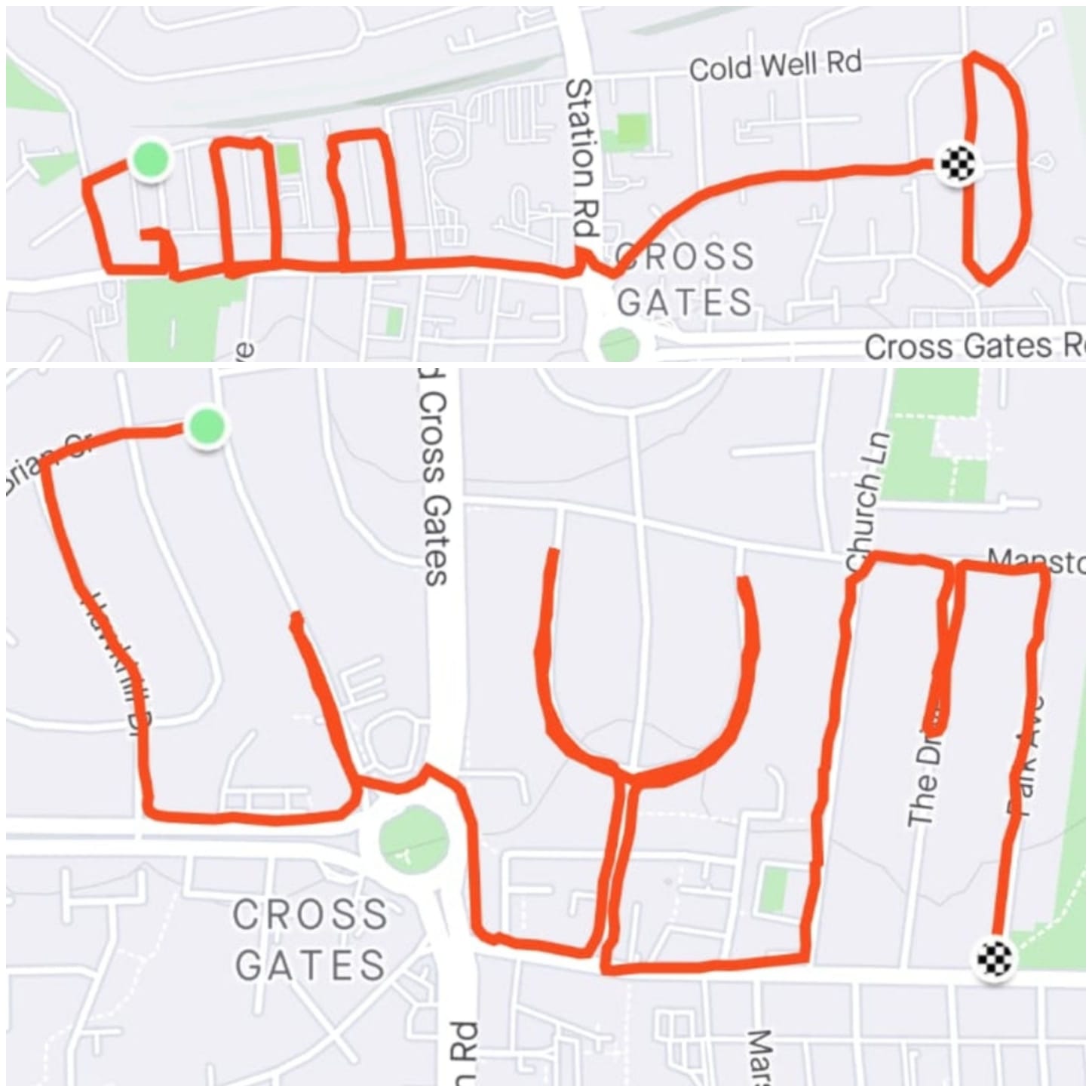 "I had to run quite far to get a good D!" absolute filth from Katie, as usual.

Next up was Tom, who also split his runs up, and somehow managed to make it look incredibly neat. It was all going so well until the 'y'! There's always next time. 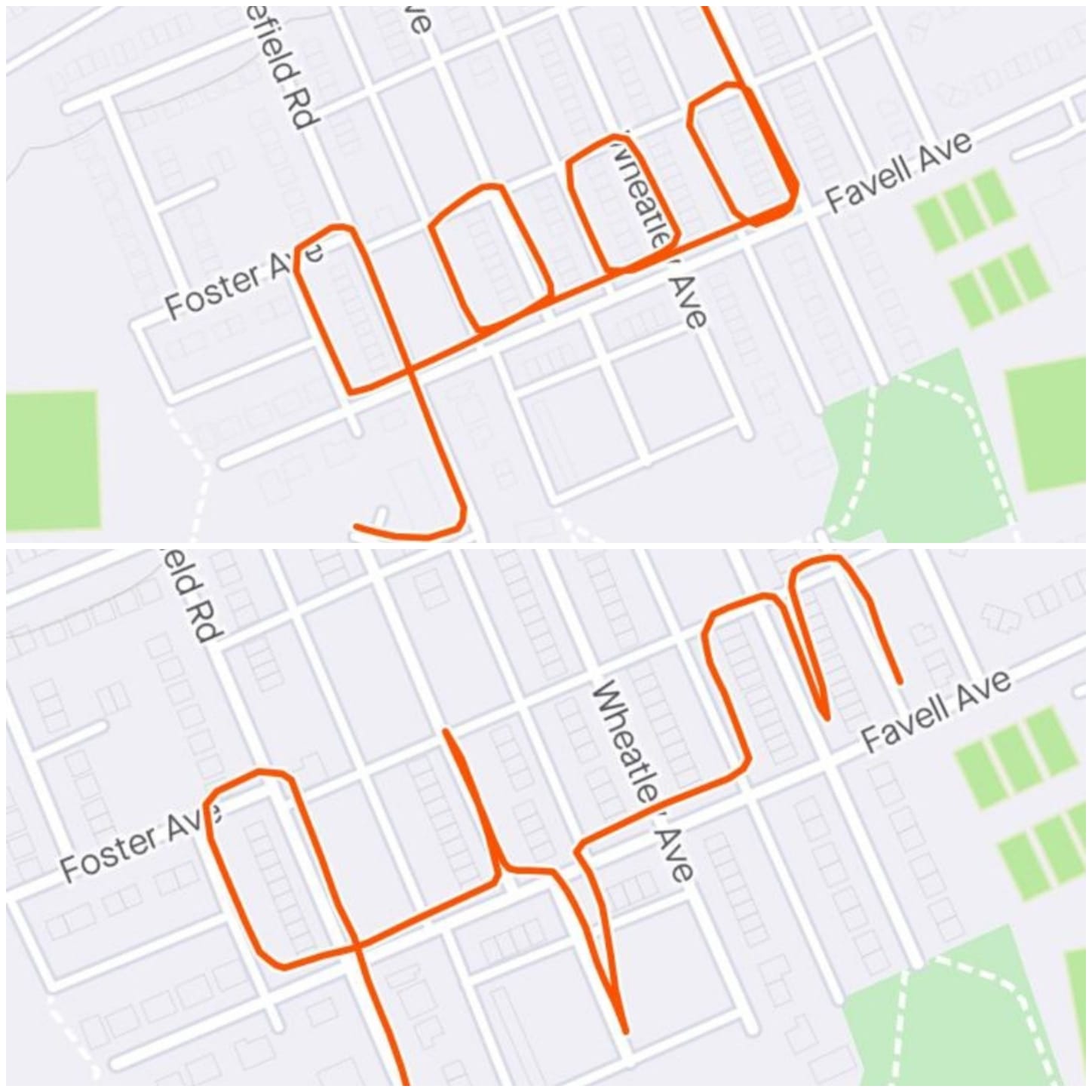 Last but by no means least we have Rob, who went completely outside the box, and absolutely smashed it. As soon as everyone saw what he'd done, they knew there was no way they could compete. Rob's running man is a genuine work of art, beautiful in it's simplicity, and perfectly executed! Well done Rob! 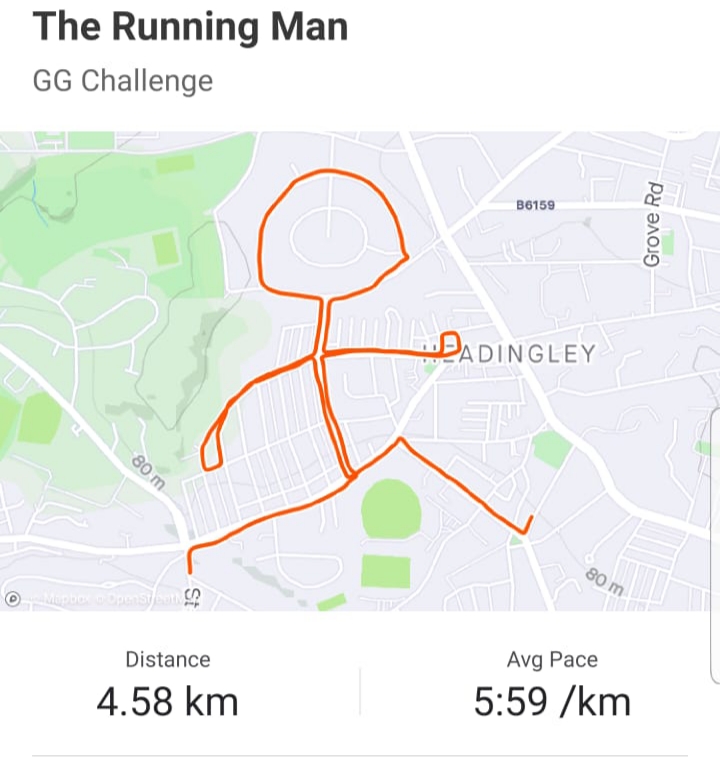 Thanks to everyone who got involved, hope you all enjoyed it, I hope you'll be up for next week's challenge as well.

My plan is to continue sending the weekly email, with updates on volunteering opportunities in Leeds, but I will also use the email to set a weekly challenge, for you to complete on GoodGymday (also known as Wednesday). I've got a few ideas about what this might be, but it will obviously depend on government advice at the time.

Love to you all

Fab! Can’t wait to be back running, and possibly try the challenges (so long as they’re not too hard) 👏👏