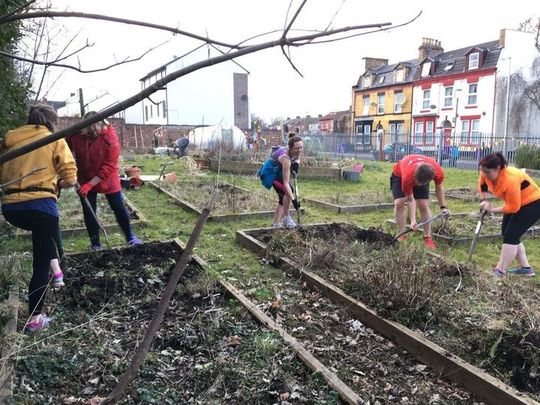 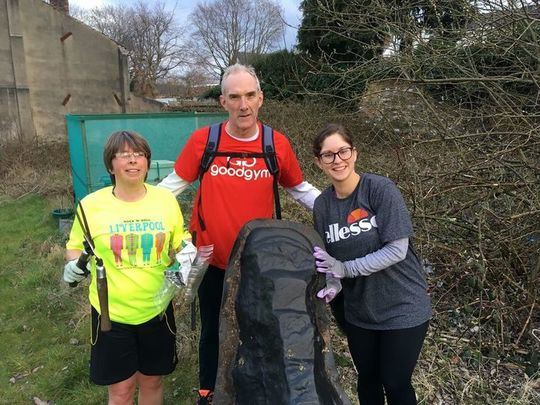 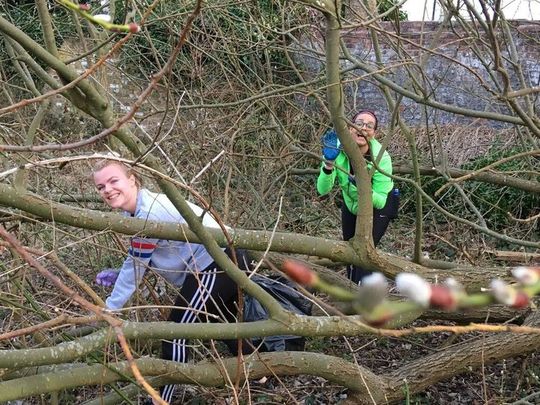 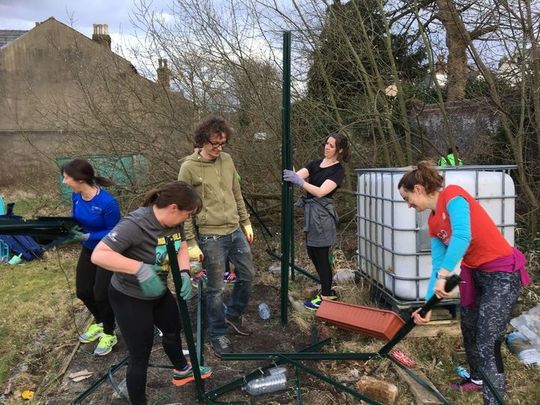 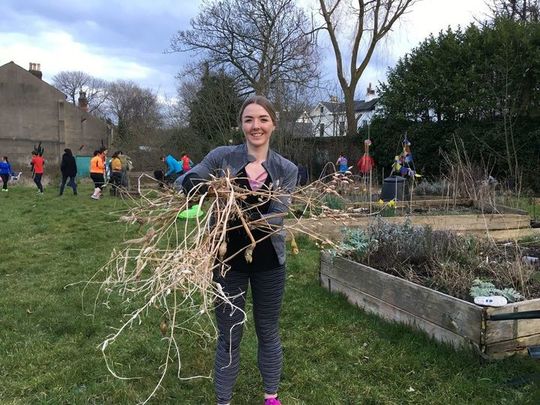 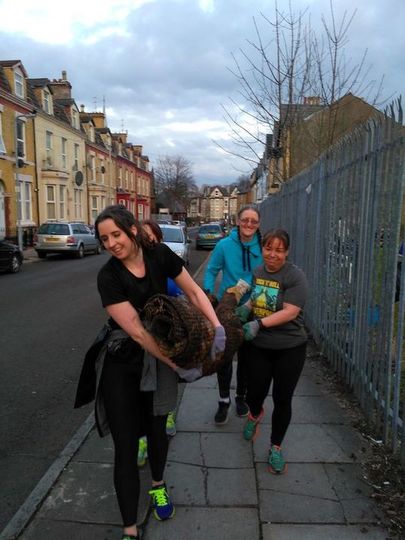 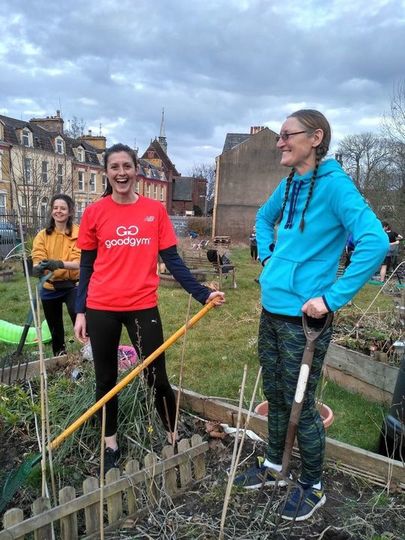 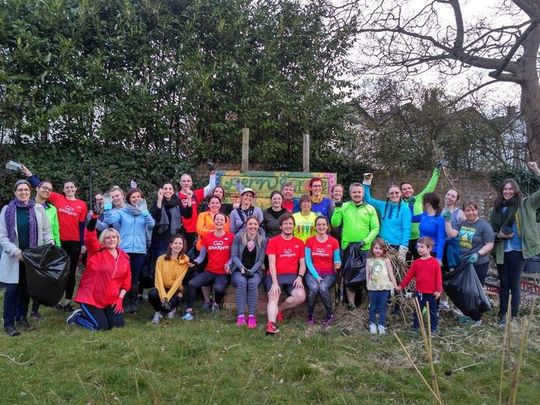 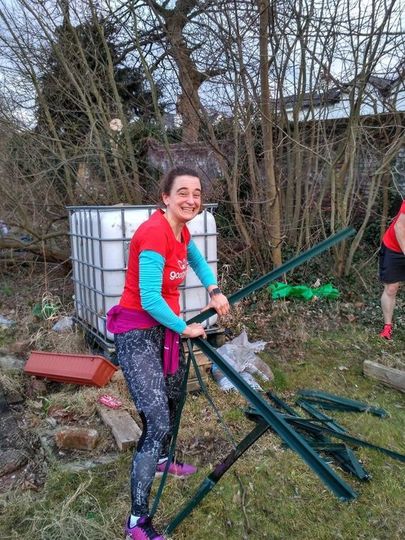 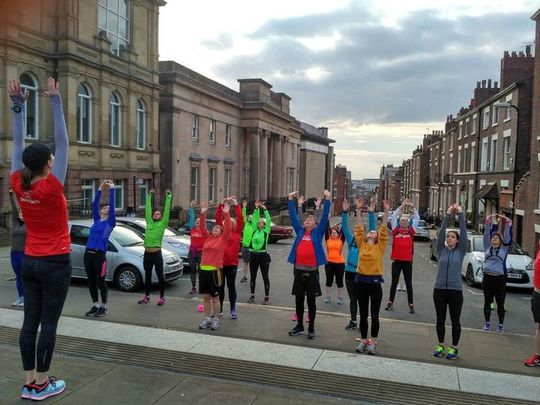 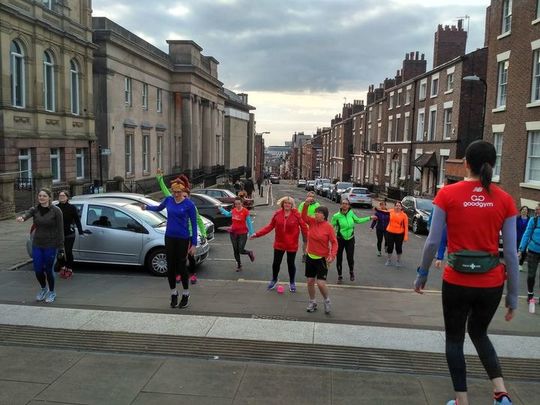 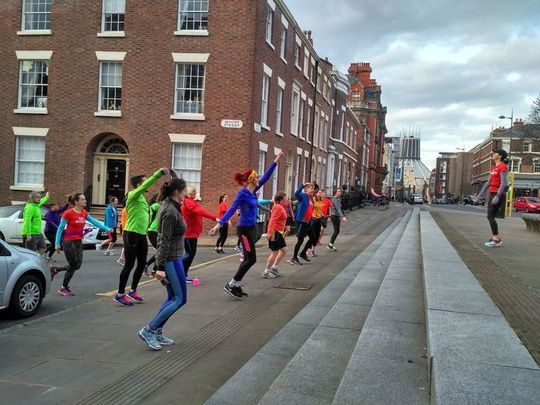 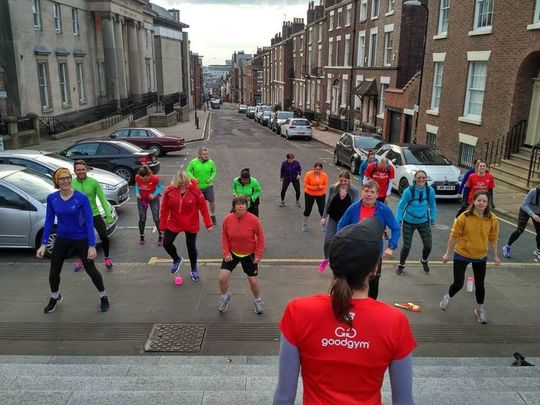 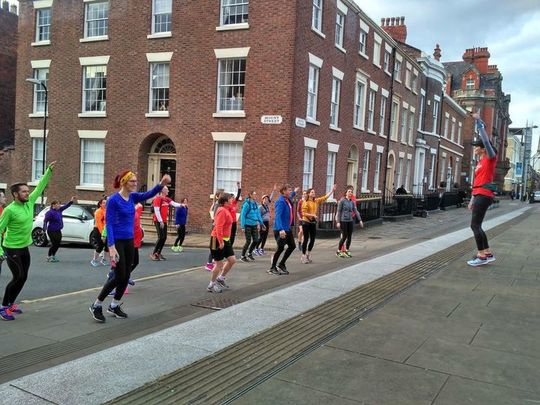 The sun shone on the first GoodGym Liverpool group run with a fabulous team of 27 runners pounding the streets of L8. Nearly all of the runners were GoodGym first-timers yet they all did a fantastic job, running nearly 5km in just under 30 minutes.

After a winter dormant, Fern Grove Community Garden needed tidying, digging over and the removal of a greenhouse that had been knocked down in recent winds. In just half an hour, the hard graft of the GoodGym team filled a skip full of rubbish. This brilliant effort was thanked with applause from the local residents as we headed out.

Special shout outs go to Alice who came to GoodGym after running a marathon on Sunday, to newbie runner Bernadette who kept the pace and did a sterling job of turning over an entire vegetable bed and to GoodGym rockstar Beth who came up from London especially for our launch.

Next week is Bank Holiday Monday but GoodGym stops for no one! We are going on a longer run - 10km in total - to help a community centre in North Liverpool. Newer runners might prefer to sign-up for the following week when we’ll be at the Bombed Out Church. But don't forget to go running to work towards your personal fitness goals.

Thanks to everyone who took a chance on our launch run. I can’t wait to run with you all again soon ~ Char <3

Great run everyone! Lovely to meet you all.

Welcome to the family!

Well done Char, what a great start to your GoodGym adventure!