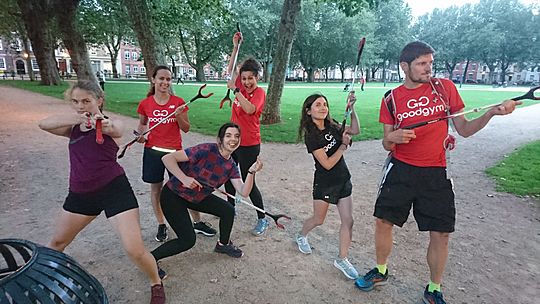 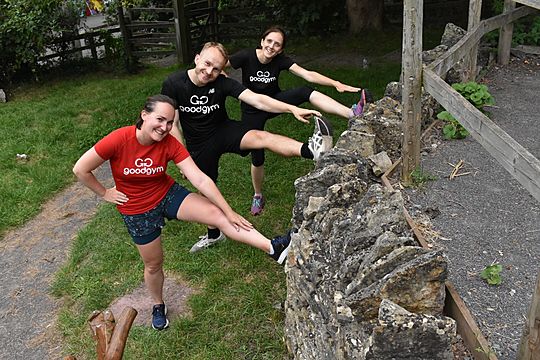 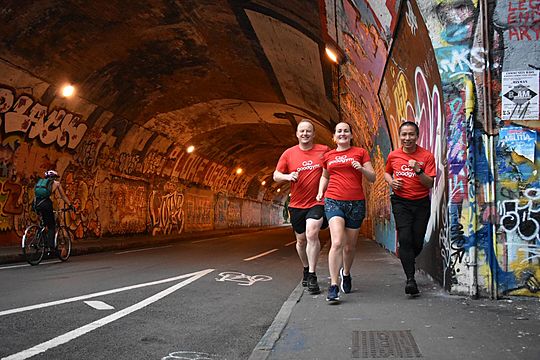 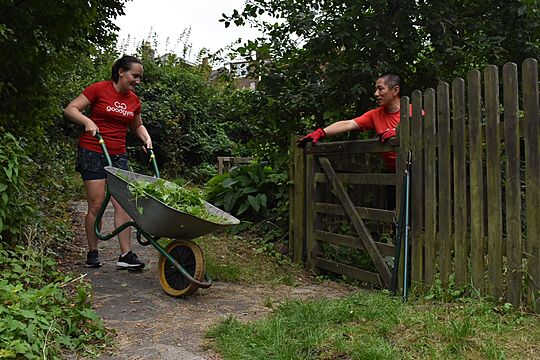 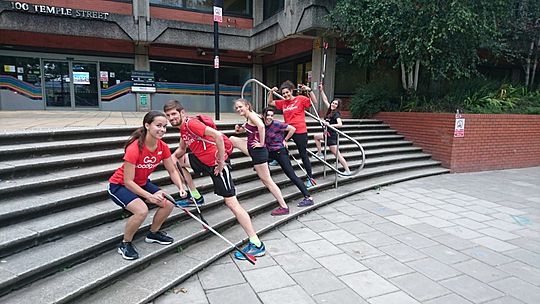 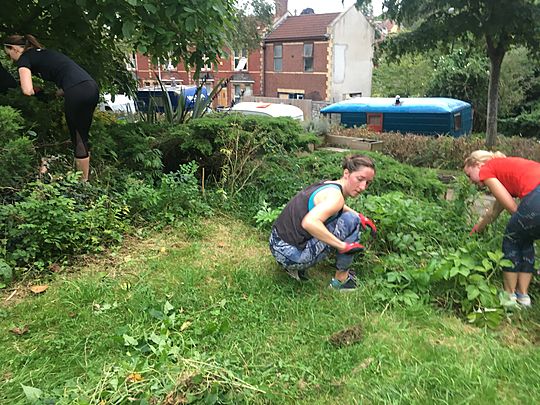 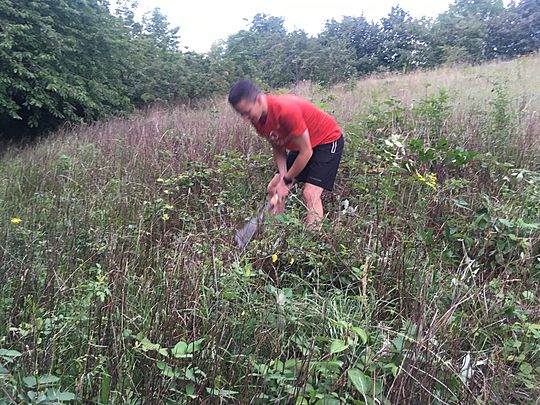 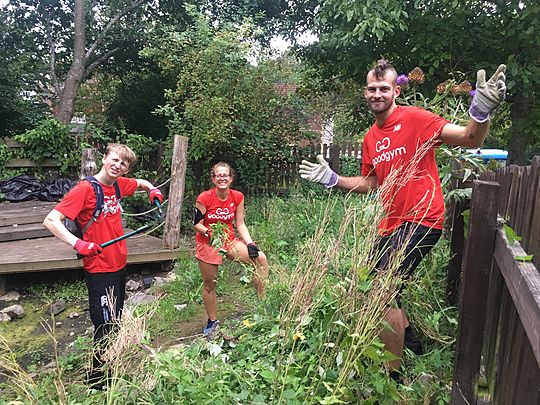 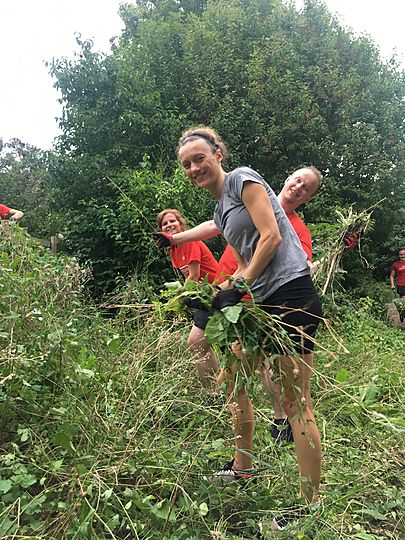 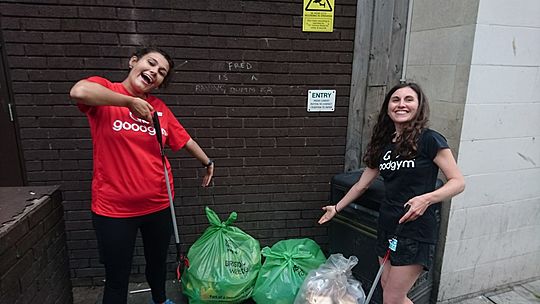 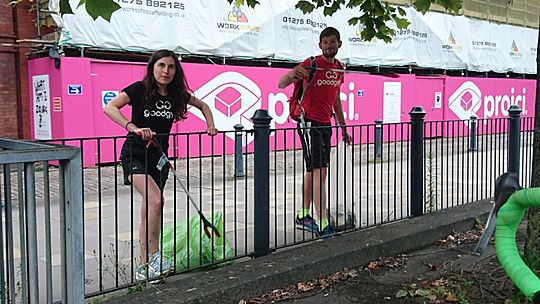 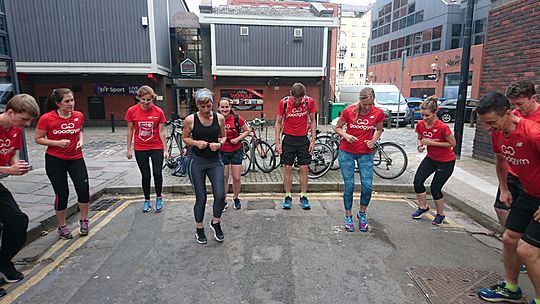 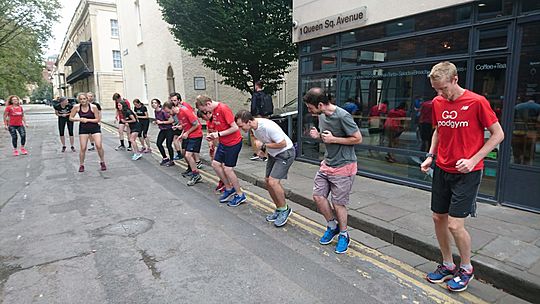 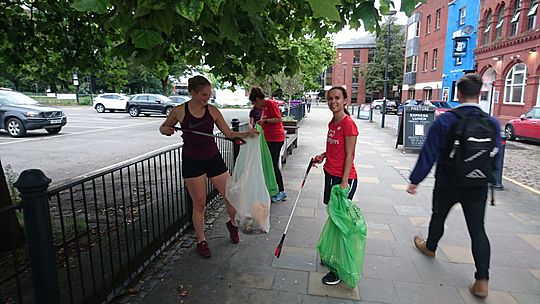 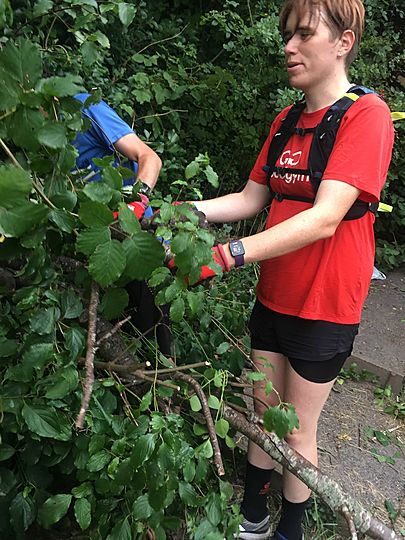 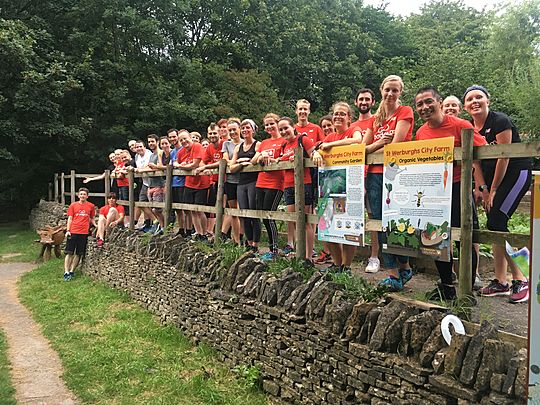 It was great to have so many people join us for the first time tonight: welcome to Jenny, Oliver, Mitch, Richard, Jo and Isabel! We got warmed up, marvelled at the fact that 11% of the runners here tonight were called Richard, then split up into our respective groups.

Mel led a walk and chat litter-picking group on a couple of kilometre tour around the local area. It was a well-planned route as, even though right in the centre of town, the group found loads of rubbish and hauled a load of bags to a pick-up point for Bristol Waste. Despite being busy litter-bees, they still had time to take some power stance litter-picking photos. All in a night's work!

Meanwhile, the rest of us set off towards St Werburghs, led by our very own acrobatic running crew, The Black Arrows, who stunned us with performances of running in squares, arrows and straight lines. The talent really never ends here at GoodGym Bristol. We soon arrived at our two neighbouring tasks for the evening, St Werburgh's City Farm Community Garden and Narroways. The charities had even had a chinwag before we arrived to work out how many of us each of them needed!

Seven GoodGymers headed off with Chris from Narroways to the nature reserve to do some cutting back of the overgrown areas. This involved lots of bramble cutting, hacking at long grass and weeds (which Richard got scarily into), cutting back overgrown trees and bushes and trying to remove ash saplings. Chris offered a prize for anyone who could do this (I embarrassed myself having a go and not moving it in the slightest) - top tip, remove your saplings when they are tiny!

Meanwhile the rest of the group were split into seven teams in the Community Gardens. Half of the teams were allocated an area of the gardens to tackle the bindweed which has spread across the whole area during the hot summer. The other teams were set to work to remove a tree which had fallen onto the path, stopping it from being accessible and doing compost heap runs. Liam had a blissful half hour peacefully watering the vegetables and Chris and Richard got the hard job with turning compost at the farm.

The time went too quickly and we had to drag people away from their bindweed to run home. The team from the gardens were really pleased what our 'team of locusts' had got done, and we wished them farewell for the last of our light evenings at the gardens this year.

We headed back and did a lunge stop. After 5 minutes and legs beginning to burn, we got the group back together and headed back to Queen Square for a much-needed stretch off.

Continually running for that finishing slice of cake.

We’ll make the earth move, under your feet