4 runners ran 7.9km to help their local community in Southwark. 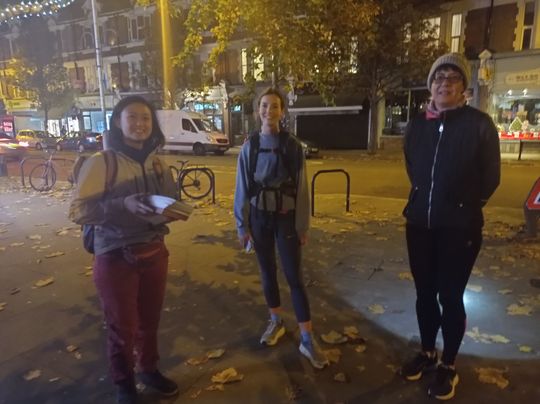 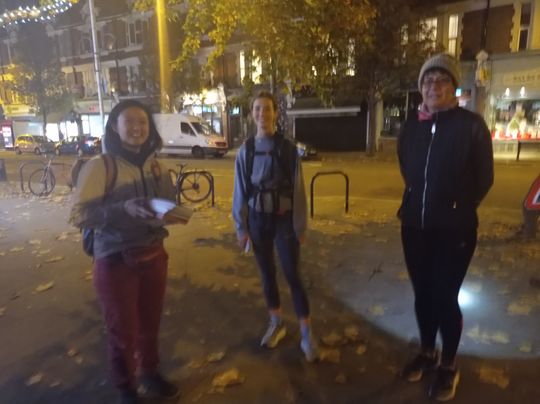 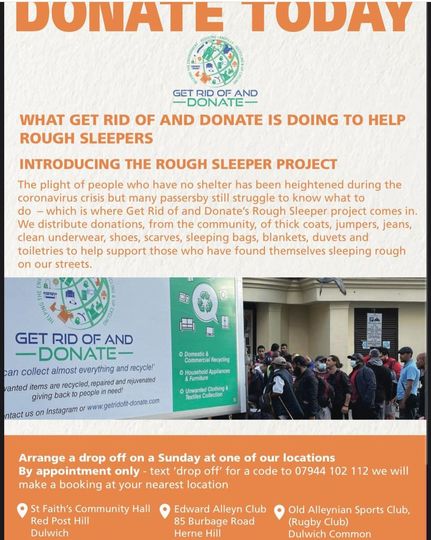 Two Group Runs in a week felt slightly weird considering I had two sets of different runners. Yet, I had the exact same amount of enthusiam and motivation. When it's the hump day, it's sometimes hard to find it after a frantic day at work. However, the comforting warmth of Old Spike Roastery mixed in with the smell of coffee takes all those worries away even if it's just for an hour or two. That's what I love about Group Runs, it's a time to focus on yourself, the friends you run with and the communities you help out.

Looking at the register, I saw that tonight was going to be a small, but intimate group run. Paulin, Nelly and I had signed up, but I knew we were going to meet Paulin at the start of the task. Thus, when Emma walked in first, I was pleasantly surprised. I knew she was a regular Wednesday night runner, but thought maybe she was on holiday or sick, but nope, she just forgot to sign up 😂 Nelly soon followed afterwards and I knew we had the whole team, but I still wanted to wait until 18:45 to see if anyone would show up last minute (on the off chance). As I did the night before, I informed them of our last group run of the year on Wednesday 15th of December, which we'll have a Xmas social afterwards. After a quick warm-up, I asked the same ice-breaker question as the night before:

Tonight's ice-breaker question - what is the one item of clothing you cannot get rid of? I said my running shoes as you never know when there's a rainy and muddy day that you can wear your old shoes and not get your new ones dirty, Nelly said her warm gillet, which she was wearing and Emma said she would never give up her slippers!

Unlike most Group Runs, where we run to a task and then run back, tonight it was just one continuous group run with multiple stops along the way. In total, we ran 7.9k in over an hour! 🔥 The pace did slow down when we were flyering, but more about that later. Our run took us from Old Spike Roastery down towards Goose Green through East Dulwich onto East Dulwich Grove, which is a slow, but gradual hill killer! After gently coming down the other side and passing near North Dulwich station, we were on the final stretch on Half Moon Lane.

I was half looking out for a massive van, but I couldn't see one....instead I saw in luminating gear, Paulin! 🌟 Still trying to look out for where Andrea was, I suddenly saw that Paulin had a bunch of flyers in her hand. 🗞️💪 After a quick photo (thus, the blurriness), we split the flyers in four and split the teams in two. Paulin and I took care of either side of Stradella Road whilst Nelly and Emma went down Winterbrook Road. Although, it might have been an unsocialable task as we concentrated on flyering our side of the road, it was quite rewarding to know we were spreading the word to these "mansions" that they could get rid of their unwanted goods for a good cause!

We weren't in Dulwich Village yet, but the houses around Herne Hill heading towards Dulwich were impressive. Something to aspire to. After we met each other on Stradella Road, we ran further down to Turnkey Road, but started towards the railway bridge and worked our way up. Staying in the same teams, but doubling up, we covered both sides of the road in quick fashion. So, quick we finished the task of flyering those roads within 35 minutes (10 minutes to spare). We said our goodbyes to Paulin as she had to go back to get her bike, but Nelly](/runners/nelly), Emma and I gently ran back through Dulwich Village towards East Dulwich back to Old Spike 🏃‍♀️🏃‍♂️

After a good stretch to sort out the muscles (since we ran "almost" 8k), we said our goodbyes, but not after taking the pastries the store manager of Old Spike left for us. 🥐

Next week, we're heading to Salvation Army Nunhead to complete a task we started a few weeks ago - sorting out donated books and creating a space into a reading/library area. Can't make it? The following week, we're doing a Tesco Run for Food2You, a joint Southwark and Lewisham council + AgeUK charity organisation helping to provide a food delivery service to the elderly in the community. We'll be putting up posters on the advertising board in every Tesco in the Peckham/Camberwell area. Keen for a longer run? Sign up here!

GoodGym is all about getting fit and doing good! We praise the runners/cyclists/walkers who come to get fit and help out, but we often forget about our task owner(s) and I would like to take this opportunity to thank Andrea for letting us help out and to GROAD for existing and providing a means for the rough sleepers. I know our partnership with blossom and grow!