6 runners ran 8.0km to help the It is part of ACE - Action in Caerau and Ely. The project is called Diana Garden Regeneration Project in Cardiff. 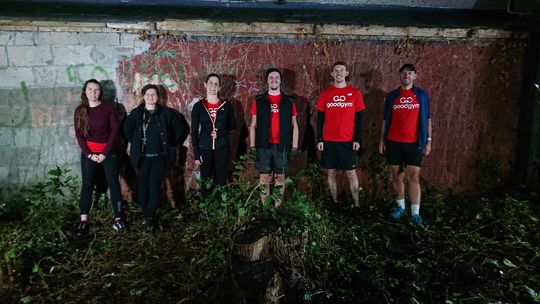 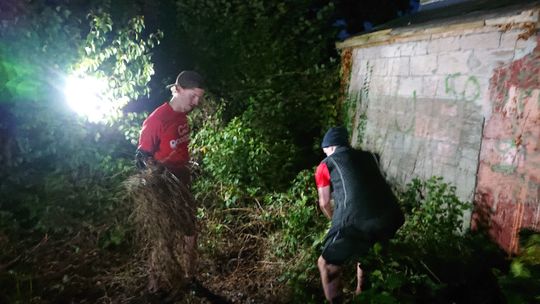 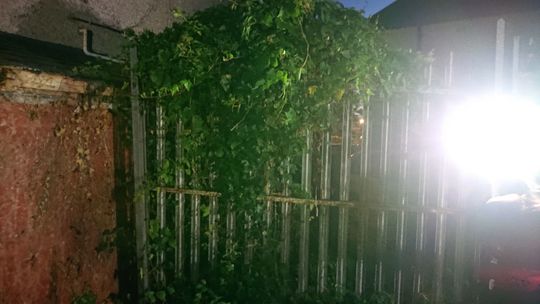 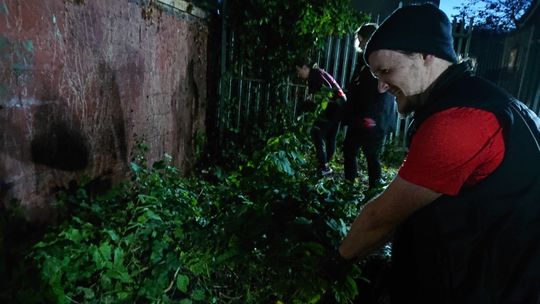 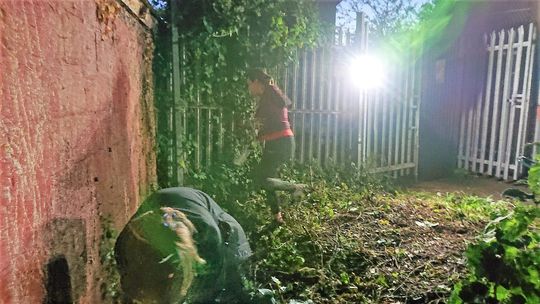 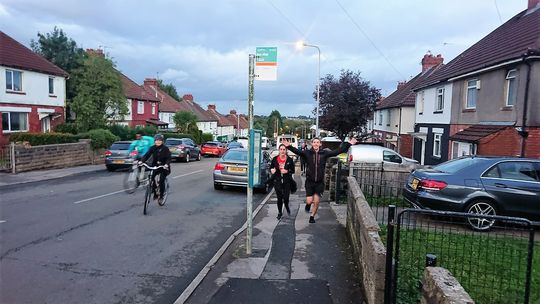 A smaller group of six tonight as our total distance was 8 km, but it was a great opportunity to meet up with a new organiser and see a great project - Diana Gardens Regeneration Project.

The project is to restore a garden which was opened 30 years ago by Princess Diana, Action in Caerau and Ely is running the project to turn the space back into the playground and nature site it once was. They know about goodgym as they are also responsible for another one of the projects that we help with The Dusty Forge.

After a 4 km run, with some hill work thrown in we arrived at the space and where welcomed Vaida who had organised our visit, we had a quick chat about the space and the project whilst Michael set up the lights. A selection of tools where ready, so all that was needed was the energy the is goodgymers.

We set to work on the task to clear the space back to the soil, except for an apple tree and some plants in flower that would be great for late pollinators. Some of us decided to clear the ivy and the bindweed, whilst the rest of us took to the ground and began cutting and clearing. Several wheelbarrows later, and it was looking clear just in time for a group photo.

Next week we will see our monthly return to Samye - sign up link below. There will also be a walk / jog group available for this. Remember your lights as the nights close in.

The return to Tenovus