Digging up the dirt

16 runners ran 8.0km to help the Growing Better in Leeds. 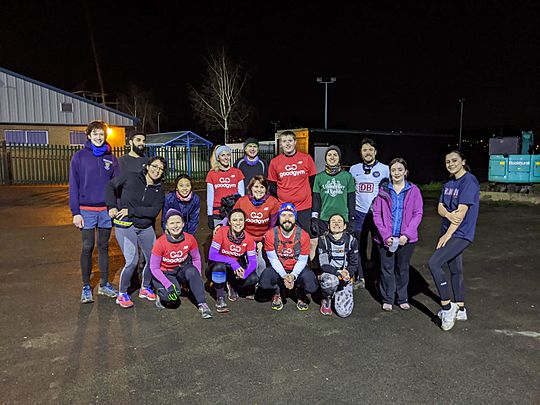 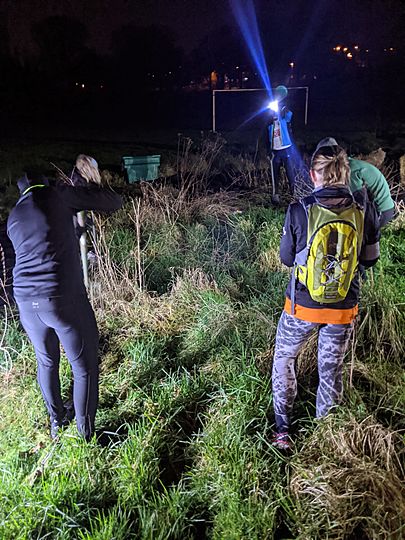 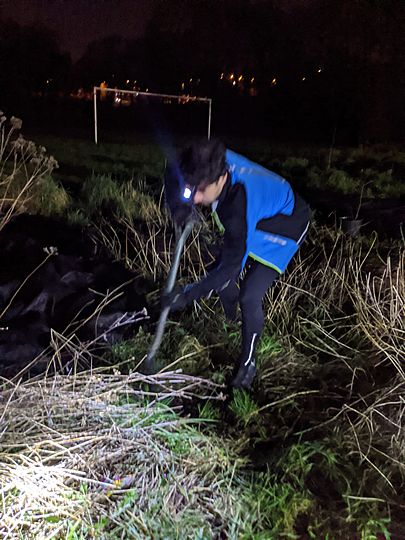 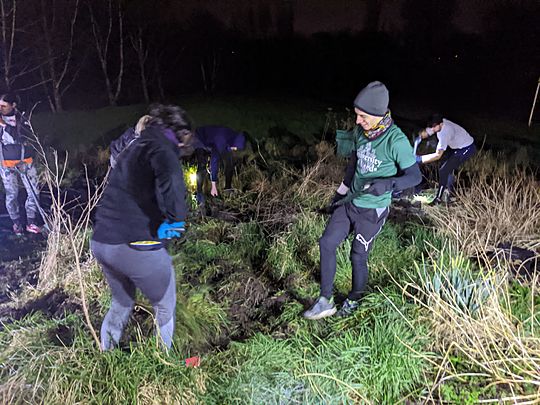 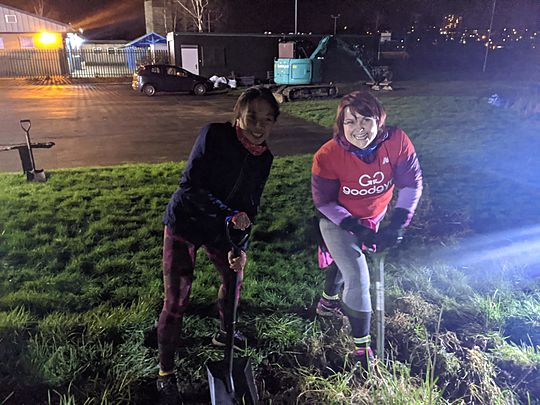 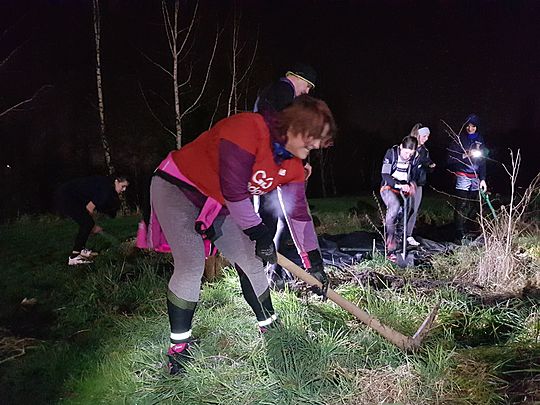 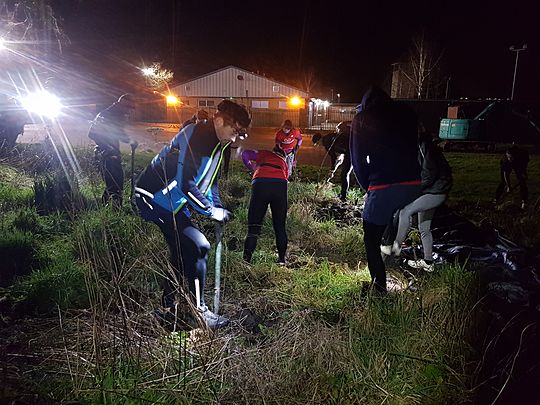 *With the stormy weather putting people off, a small but perfectly formed group of 16 headed down to growing better to help prepare an area for wildflower planting *

While the worst off the weather seemed to have passed us (for now at least) it was obviously enough to convince some people to give tonight a swerve, but not this hardy lot! There were almost as many newbies as regulars, which was brilliant to see, with many of our first timers coming along as part of Leeds University's Student Volunteering Week. We welcomed Manos, Rebecca, Ian, Ping Chen,Huang, Paola, Jaswinder and Charlotte. Give them big cheer!

It was very cold tonight, but after a quick warm up we were raring to go! Alex took up backmarking duties, making sure nobody was left behind, while the rest of taskforce took on the newly created position (by Adam) of middle monitors. It was lovely to hear all the chatter on the way down with lots of new faces mingling with our regulars and fitting right in like they've been here every week. It's what we love to see!

We arrived at Growing Better to find Dorota ready and waiting for us with a wheelbarrow full of tools. We had a couple of tasks lined up, with most of the group turning over a big section of overgrown grass and weeds, while the rest of the group would head over to clear a path of brambles, as an alternative to traipsing across the soggy field (where someone always manages to slip and end up covered in mud!)

Everyone grabbed their tools and made a start. Initial attempts did not look promising with everyone struggling to make progress. With a a bit of determination though, things started to turn around (well, over). As with a lot of GoodGym tasks, the group discovered it was all about the tools you ended up with. Luckily, taskforce were on hand to keep everyone in check.

"So this is a shovel, it's for scooping than digging, you'll be much better off with a spade" Rachel, proving that every day is a school day.

"Guys, if there are any more forks, you should grab them! They are so much easier!" Katie, demonstrating perfect forking technique (before she almost stabbed herself in the foot with one).

Meanwhile, the bramble clearing team appeared to have discovered that there wasn't very much for them to do, and the brambles had all just died in the cold weather. It does beg the question as to why we hadn't been using the perfectly good path the whole time to get to the allotment! At least we know for next time! This group got on with moving around some ground covers that had been blown around in the stormy weather before rejoining the rest of the group.

They returned to find newbie Ian was now a master with a pick axe and had made loads of progress by himself! He didn't seem too fussed about how much he got done, and was just enjoying being outside digging.

With a big area turned over, it was time to call it quits for the evening, but not before a quick fitness session.

The runners got into pairs and the idea was simple, one runner would do an exercise (squats, lunges or star jumps) and the other would do a shuttle run to the end of the car park and back before swapping over. Easy! Runners realised that the the slower they ran the shuttle run, the more squats their partner would have to do, but unsurprisingly they were giving it their all and working hard to get back as quick as they could.

After a quick 5 minute workout everyone was ready for the long slog back up the hill. We said our goodbyes to Dorota before heading back to base, praying for red lights to give us a break up the hill!

We all reconvened back at base for a debrief and stretch, with some sticking around at the pub for some rehydration and refuelling.