31 runners ran 4.6km to help their local community in Bristol. 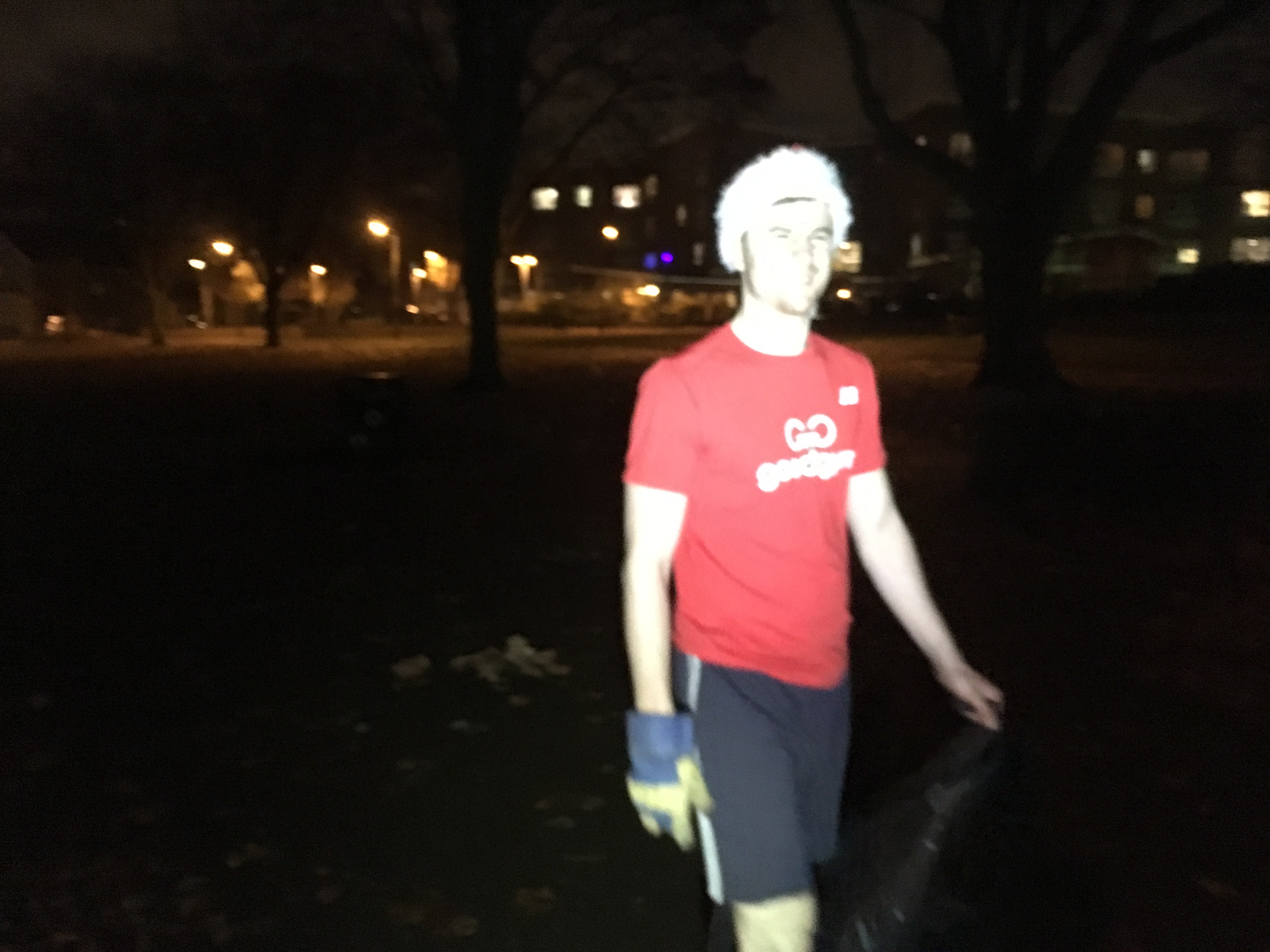 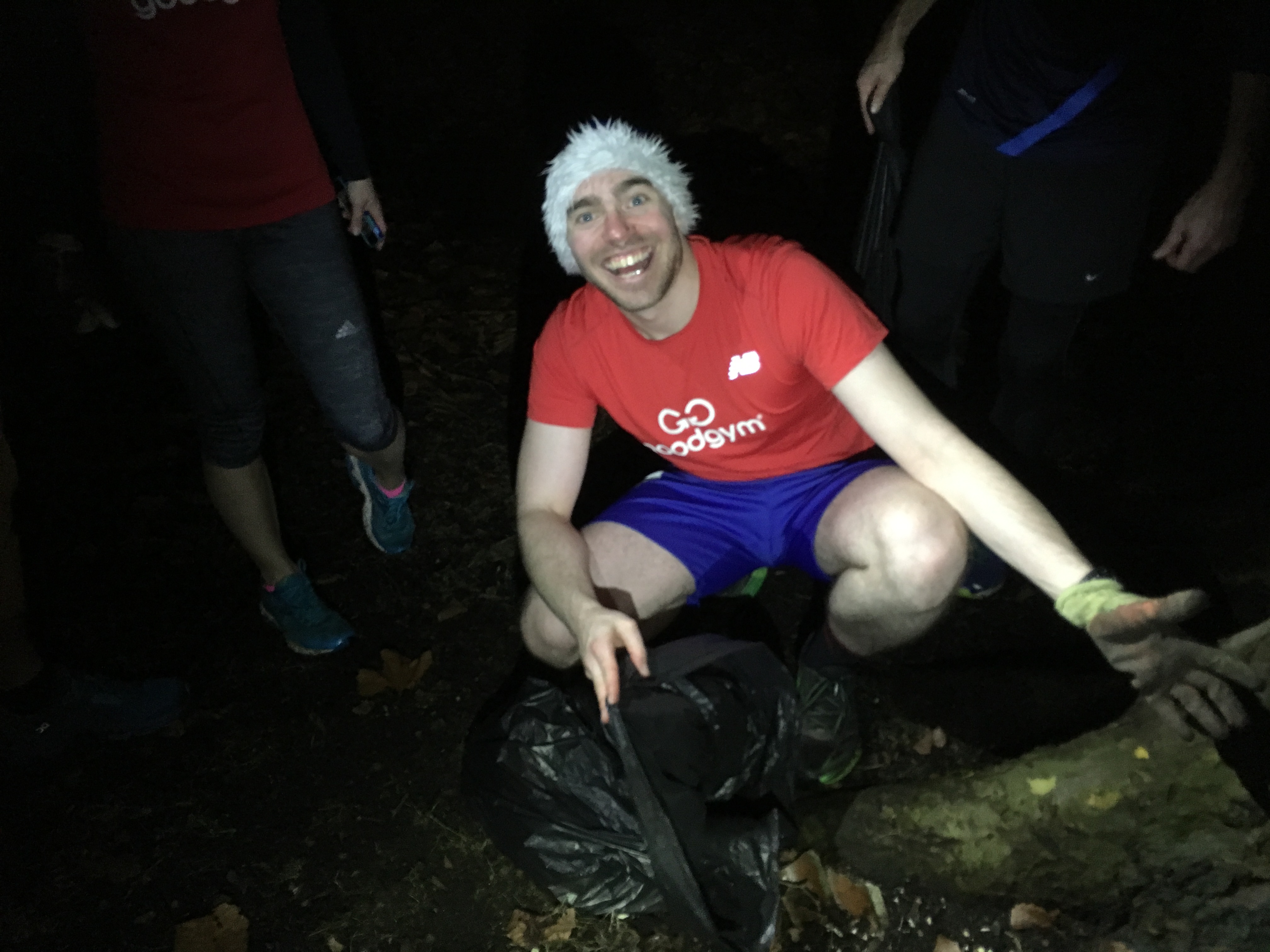 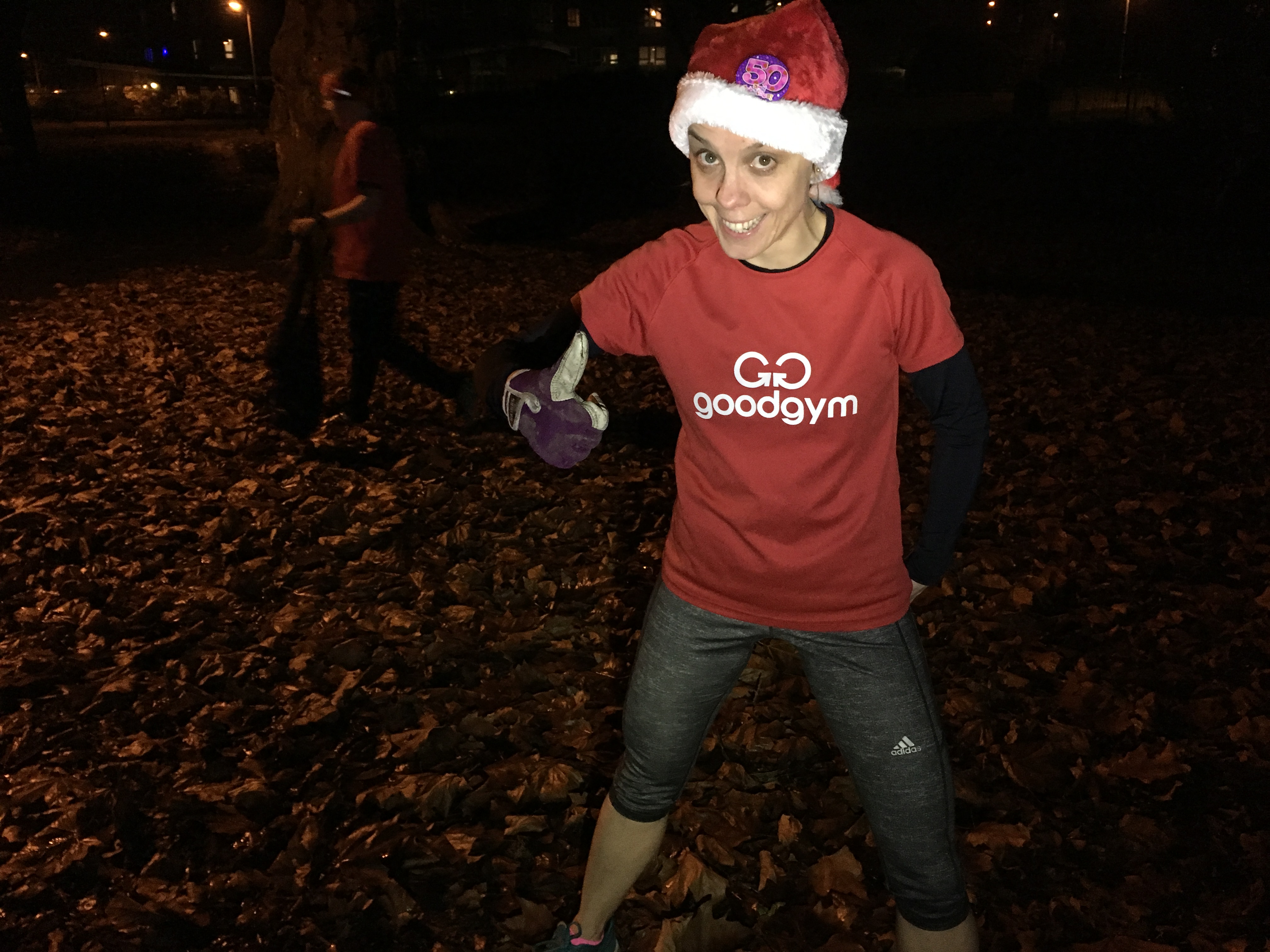 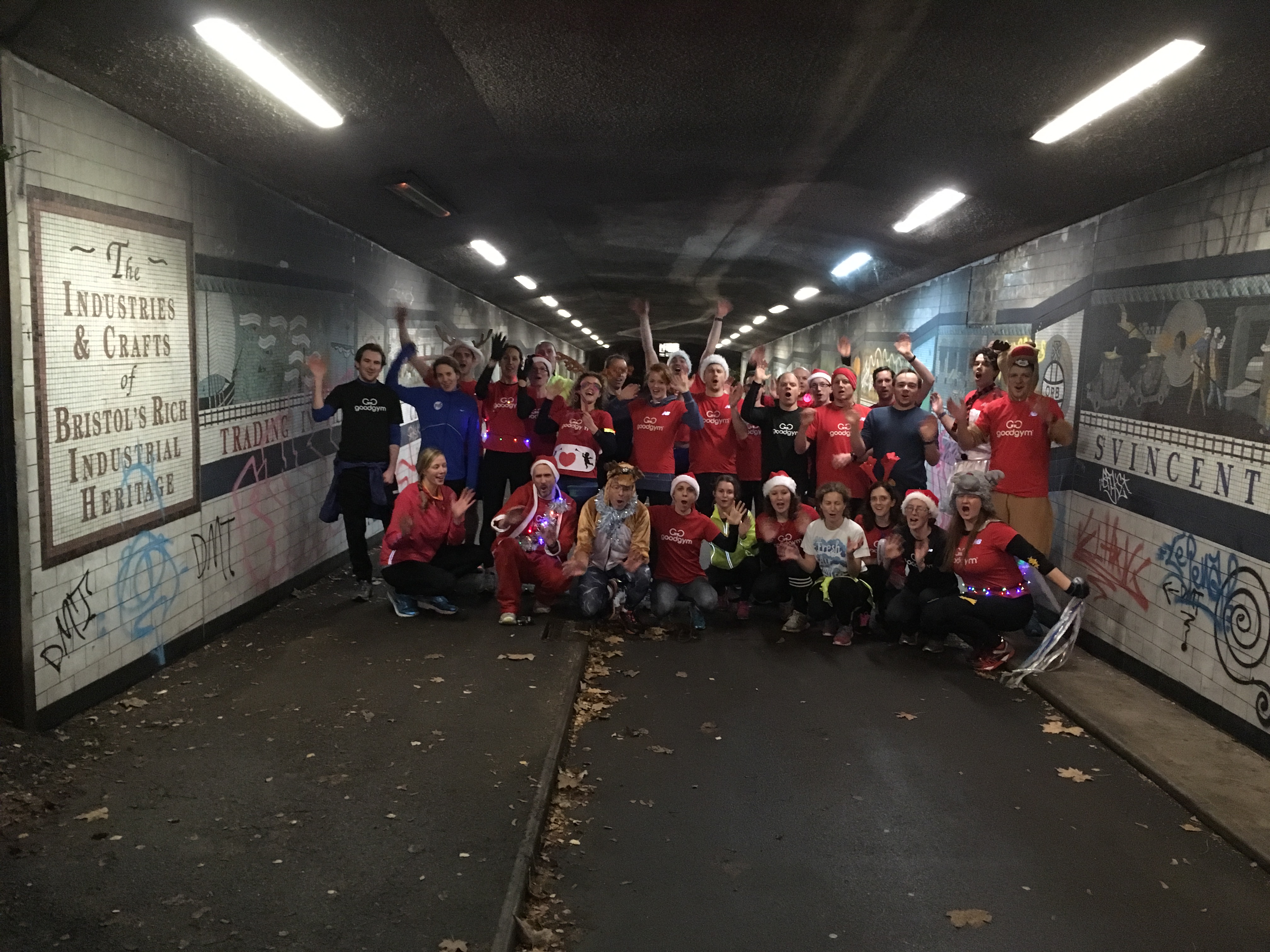 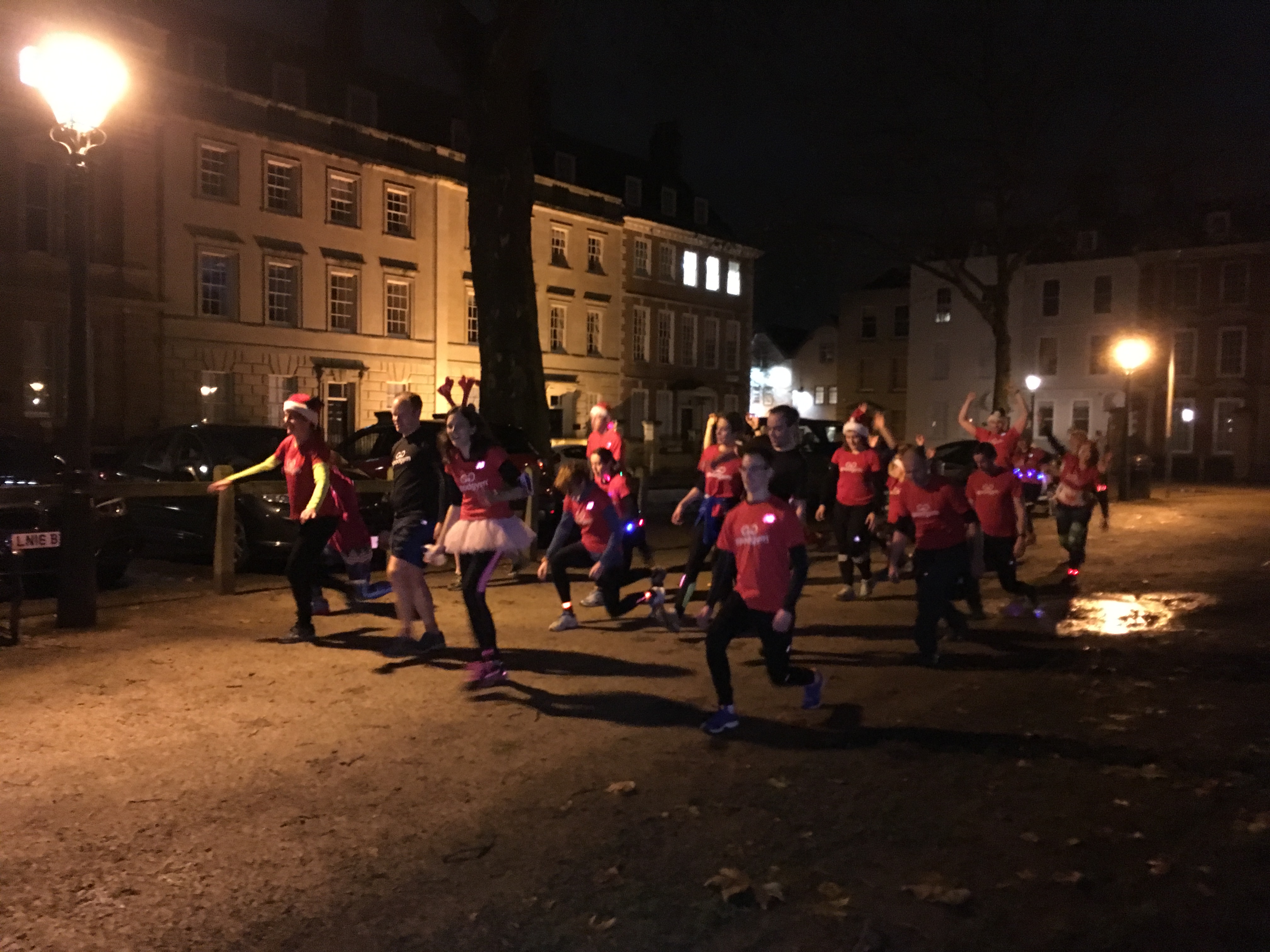 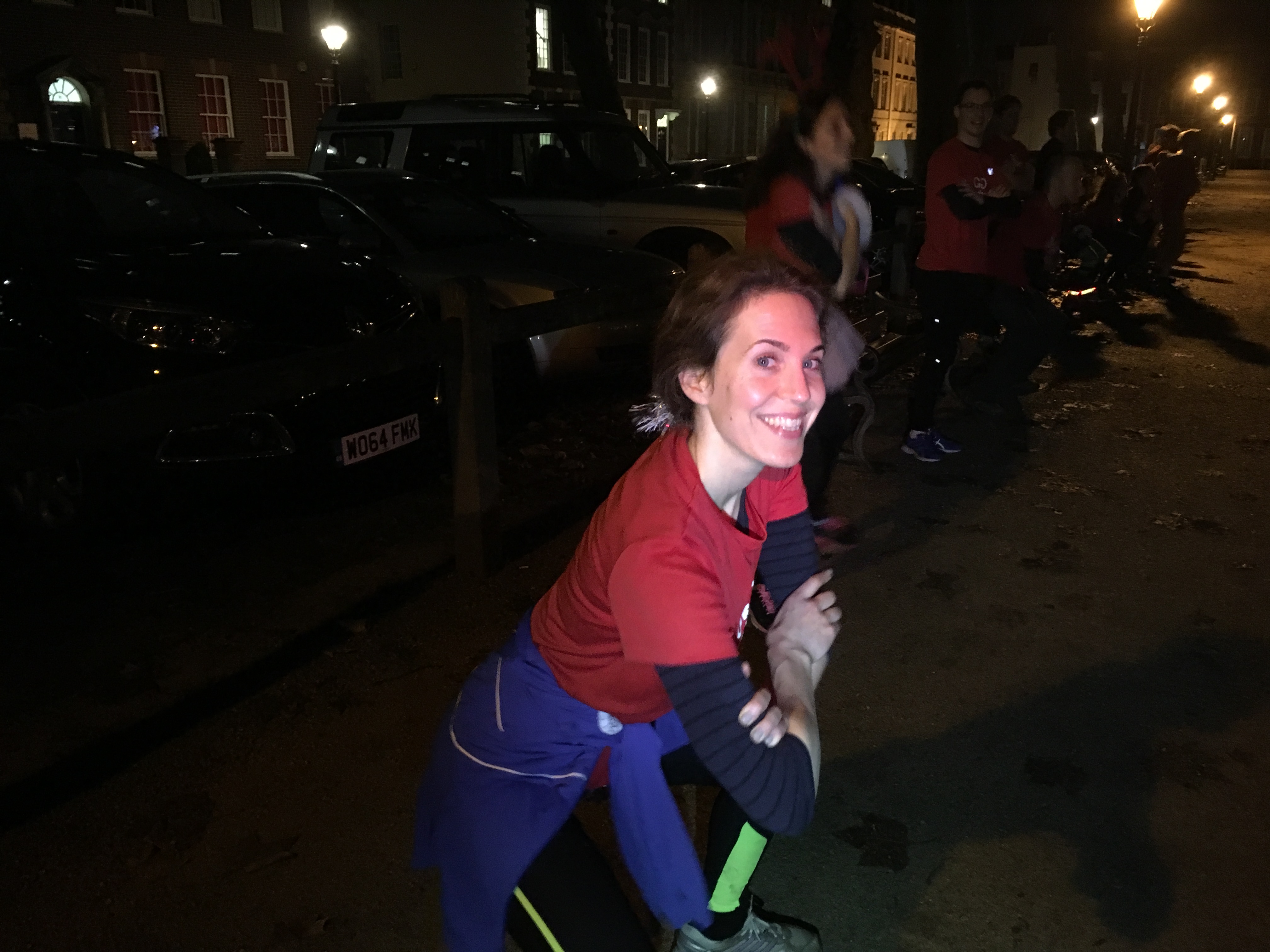 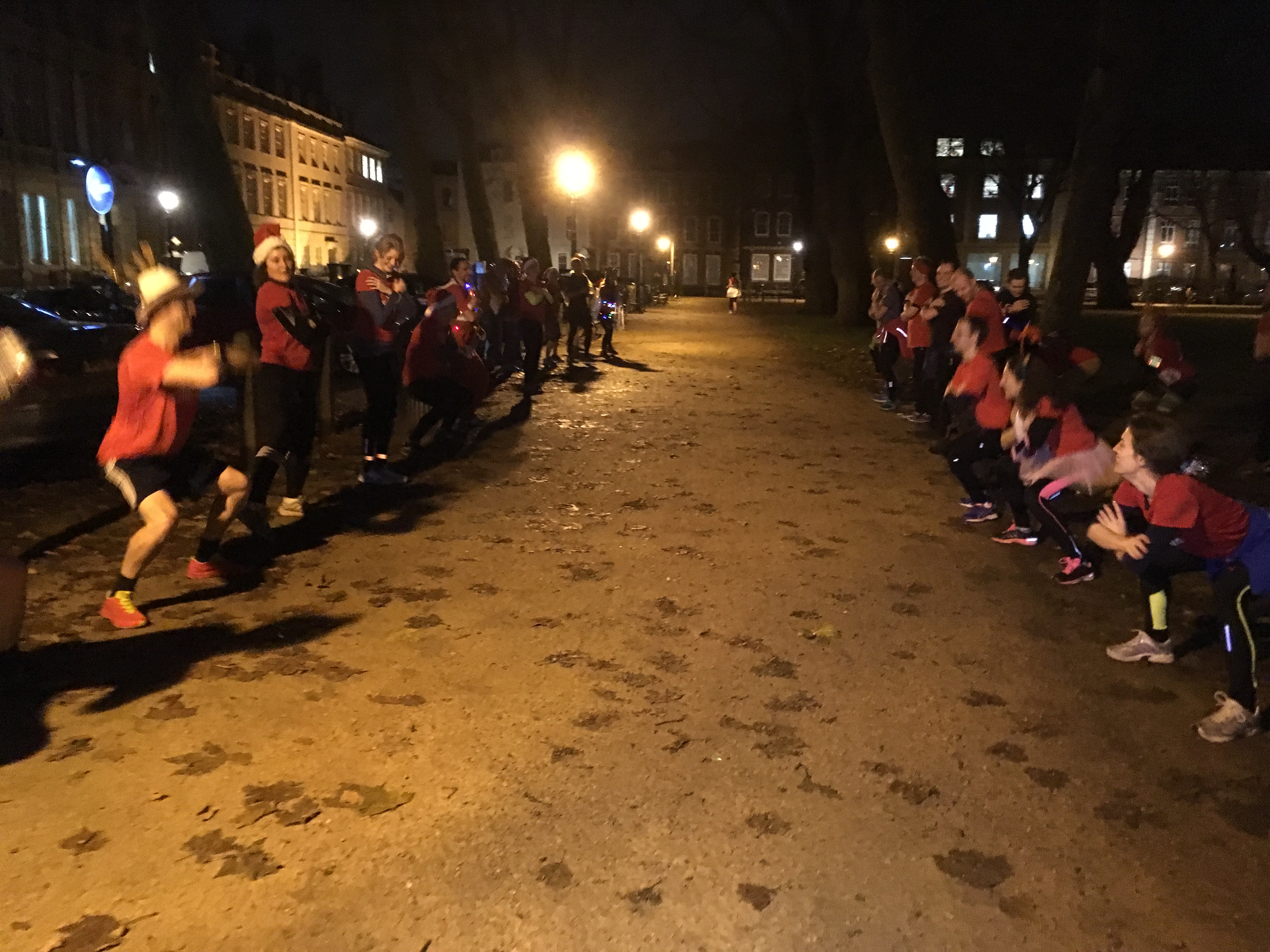 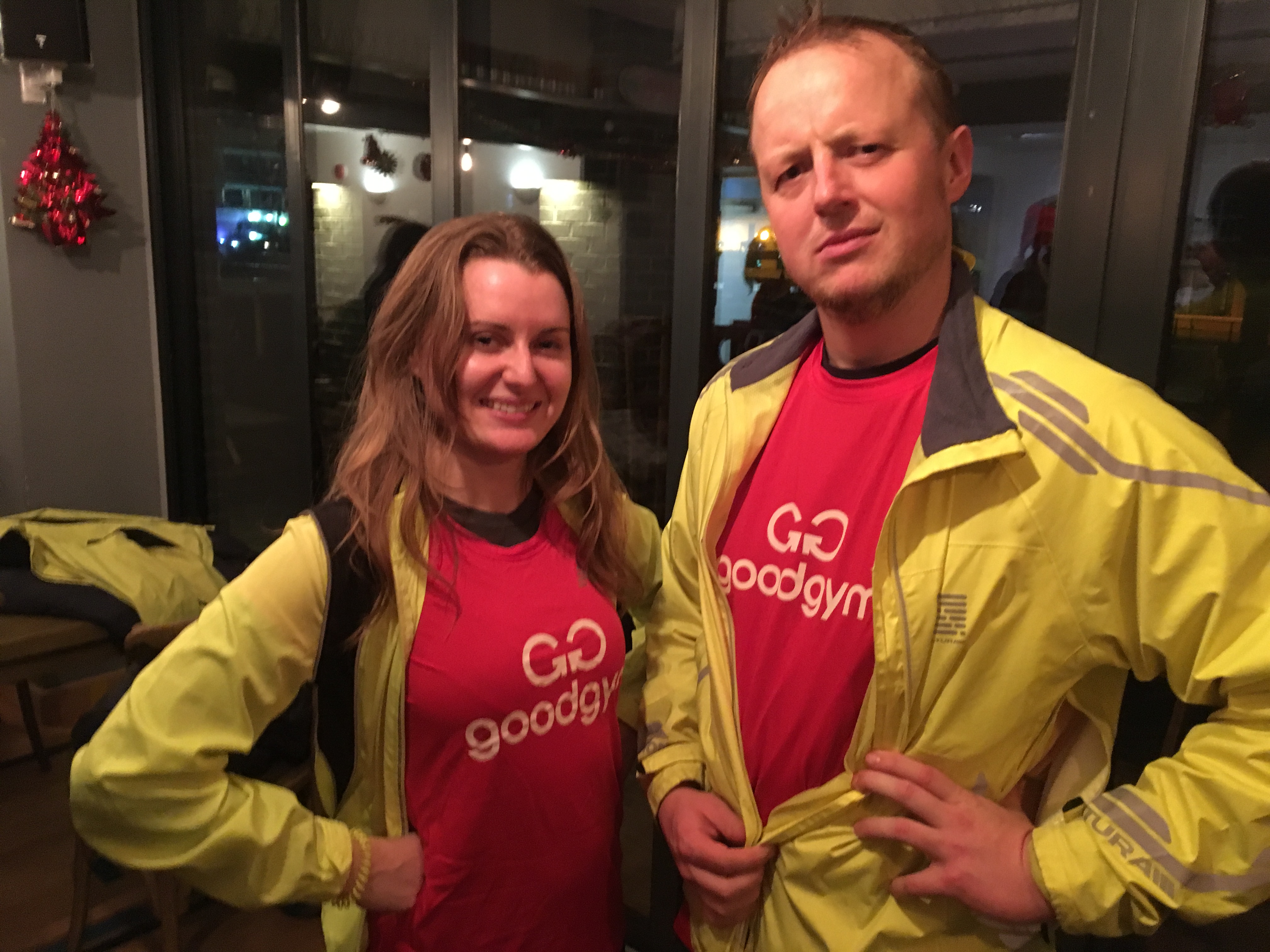 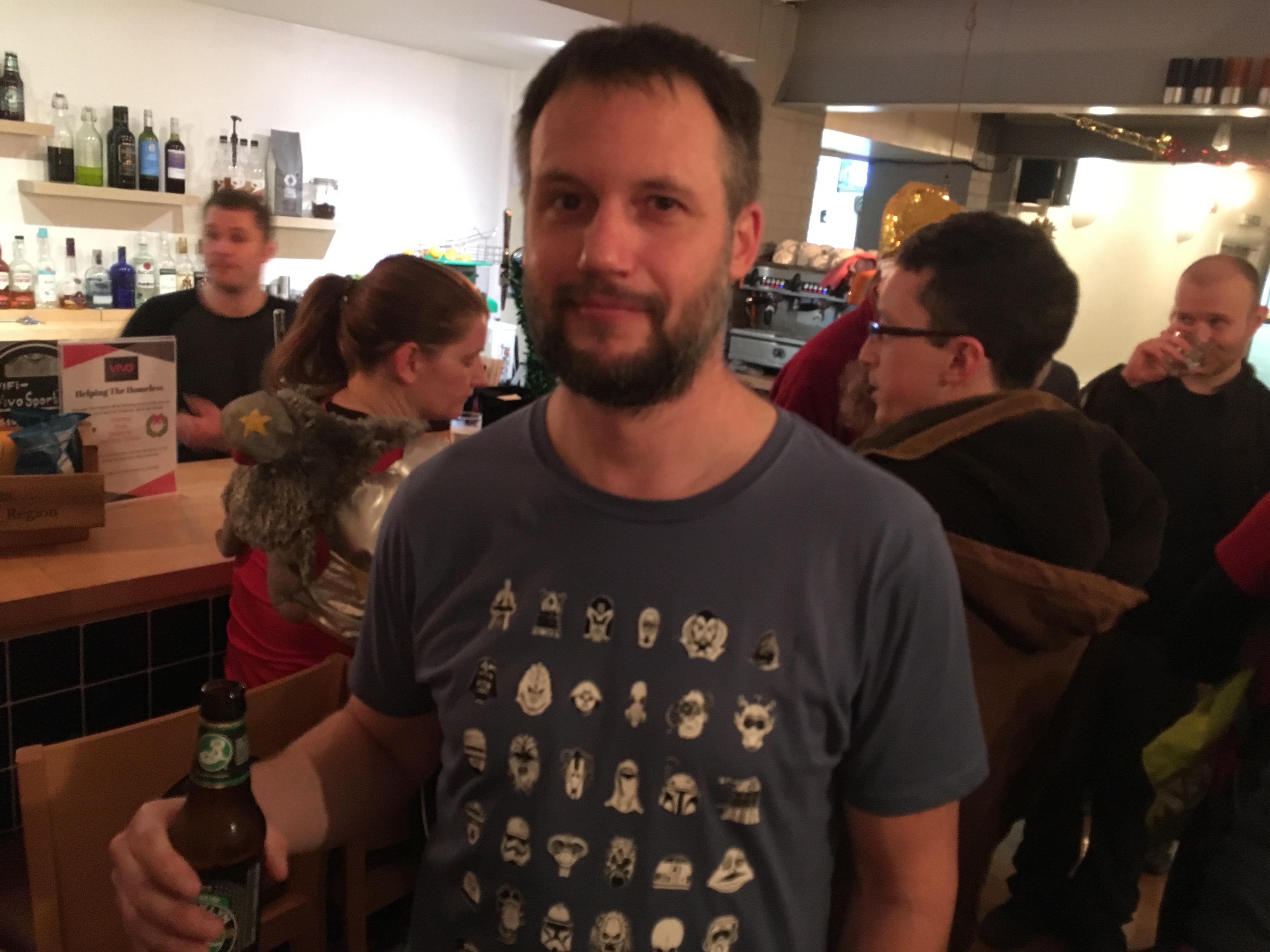 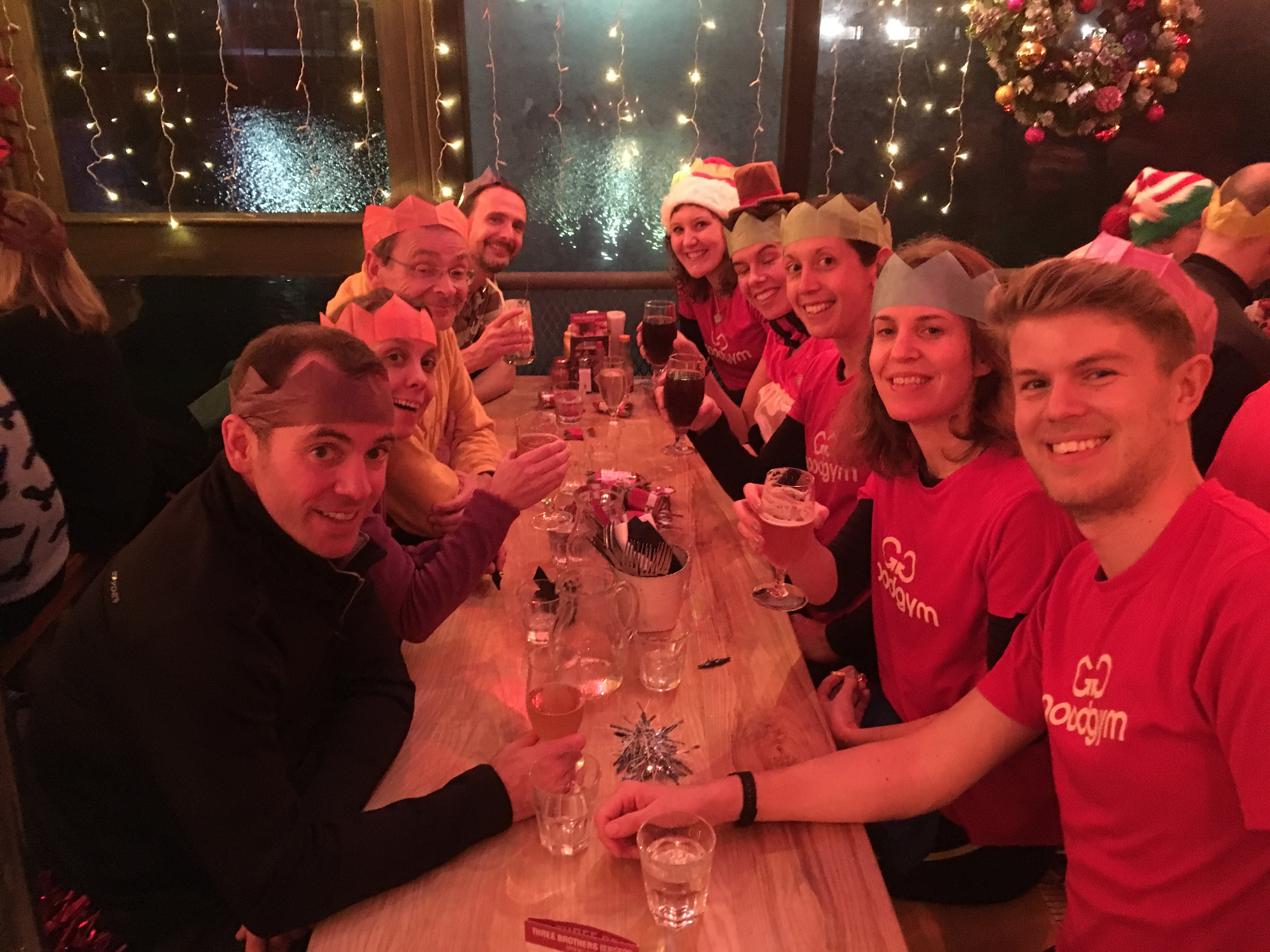 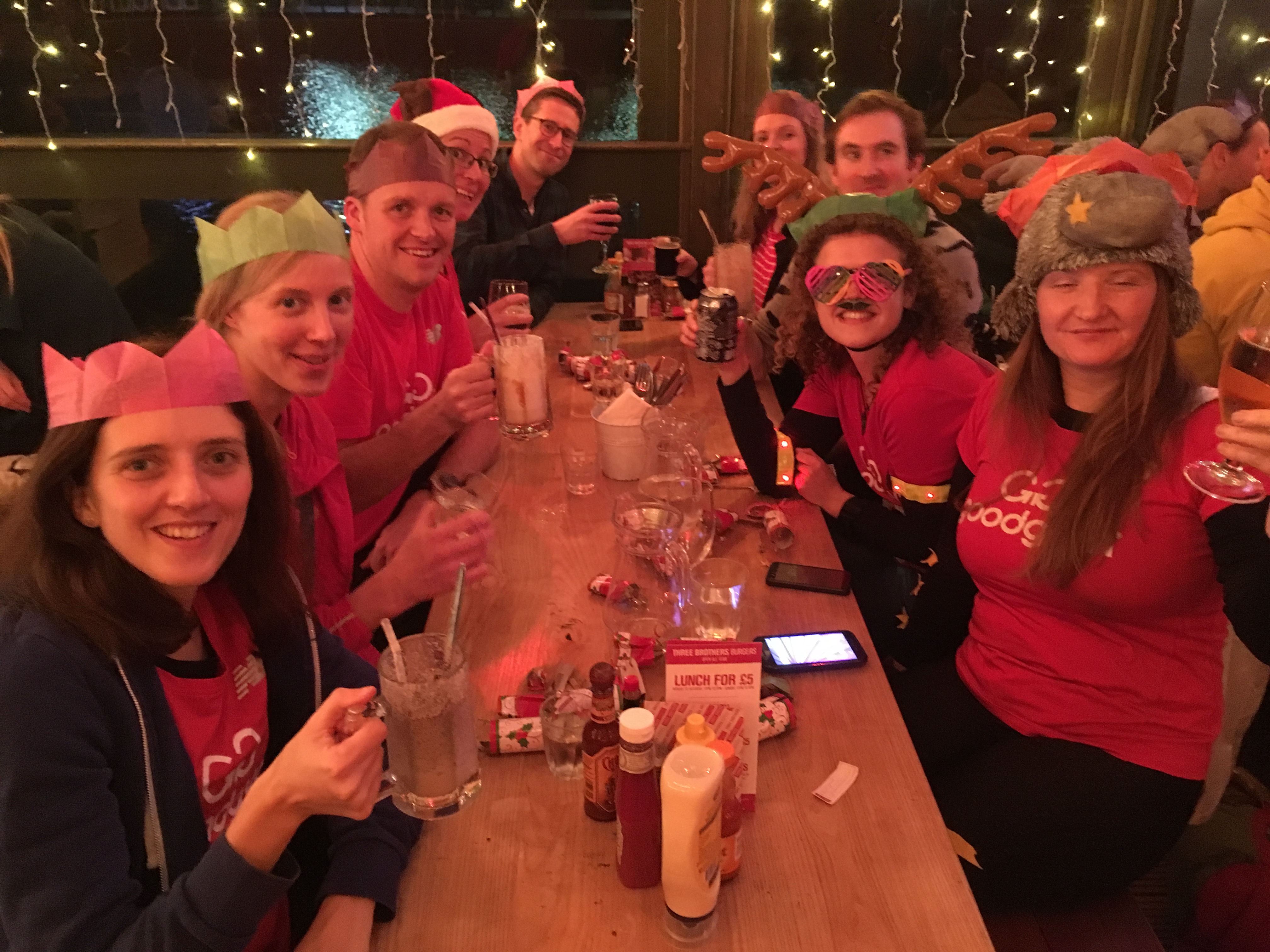 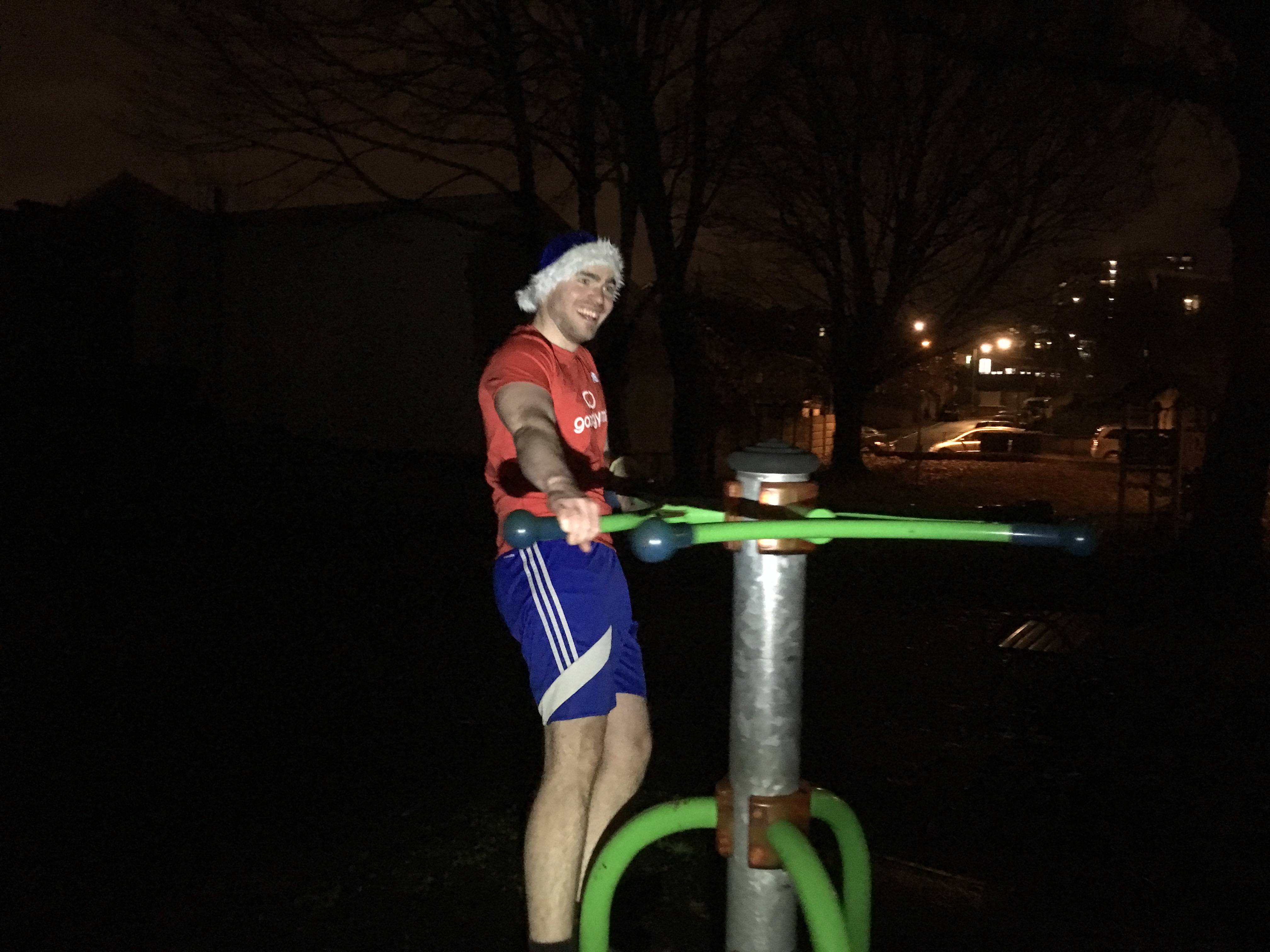 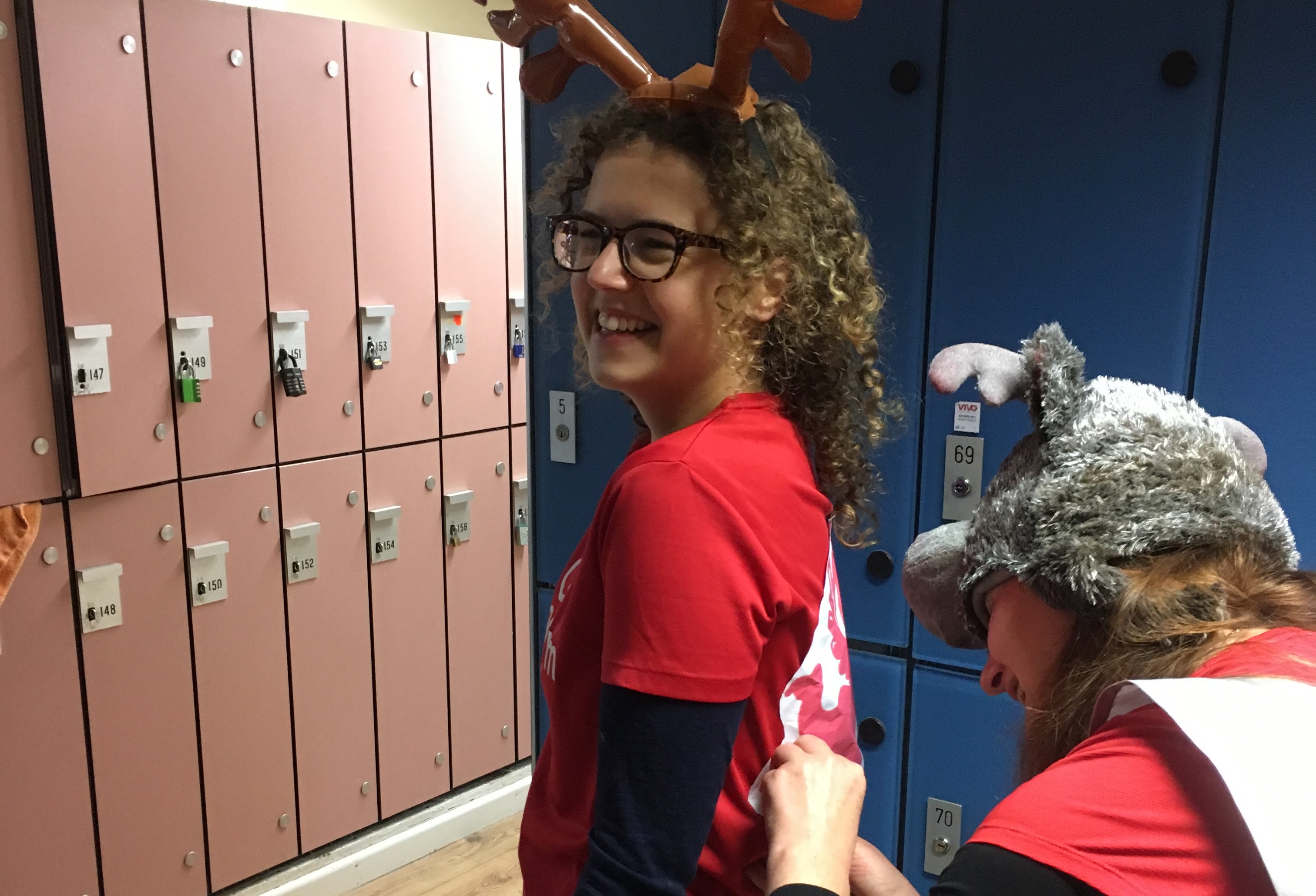 An unseasonably warm evening greeted us for our last run of 2016 and my last run as the leader of the GoodGym pack. It was a bittersweet occasion; sadly our task was cancelled as the poor gentleman who was preparing leaflets for us to distribute was very poorly, so we used our back up plan of litter picking and went to clear a big area of cycle path and nearby streets.

Staggeringly, 31 people turned out for this run, which was simply fantastic given the time of year. Moreover, loads of us were sporting Santa hats, lights, bells, costumes or just big silly grins. Most of central Bristol was gridlocked as we ran, so hopefully we gave the car drivers sat in their cars something to smile about too! The highlight was our reindeer pack plus Santa - we had (thanks Emma for the list):
Alice as Cupid (complete with heart and bow)
Gary as Donner (without the kebab this time though)
Matt as Prancer (as he's so light footed)
Dave as Blitzen (complete with AWESOME lightning bolt tights)
Chloe as Dancer (wearing a fetching little tutu)
Caroline as Vixen (all in black so ninja deer)
Emma as Comet (the shootin stars on the leggings made the costume)
Paul as the big Ho Ho Ho himself (looking toasty in the Santa costume)
Debs as a slightly belated Elf (loved the hat, Debs)
And Mel as a Snowwoman (she mentioned that some kids wanted to follow us).

The pack headed off at a steady pace, with Mel and Dave being excellent back markers, and made our way over to an underpass for bikes in the industrial area of St Philips. Bin bags were grabbed, gloves were donned, and we split up in to a litter picking frenzy of activity. The park area I chose to head in to was reasonably tidy so we did the GoodGym thing of playing on the swings, slides and spinning thing.

25 minutes later and the place was well tidy. We headed back and finished up in Queen Square. As this was my last run, it would have been rude and frankly too nice of me to finish the run without some body conditioning work.. lunges and crab squats abounded, then tricep dips and press ups.

Then came the bit I'd been dreading... the farewell speech. I'd not prepared anything so waffled a bit, rambled a bit more, and generally tried to convey my massive gratitude to everyone who come or has ever come to GoodGym Bristol. There is nothing like GoodGym, and the people who turn up in the wind, the rain, the frost, on the hottest day of the year (2016 and 2015 were both years where we managed to run on the hottest day!), and in massive thunderstorms. The people who put up with smelly gloves, wonky wheelbarrows, plastic trowels and sometimes a bit of disorganisation.

It's you guys who have kept me going and loving our runs together. And then, to top it all, there were loads of other GoodGym runners who'd not made it out but came along to wish me well. And I got pressies - I LOVE my GoodGym rat on a bike t-shirt so much!!!!

Thank you so much for all the work you've put in over the years Pru. I joined GoodGym as a complete newbie to running and volunteering and you have honestly changed my life. Behind beer, they are now my main passtimes! I hope you can come along and join us again soon.