Darr-ain't no stopping him now

44 runners ran 4.4km to help the Guinness care and support, APE Project, and Up Our Street in Bristol. 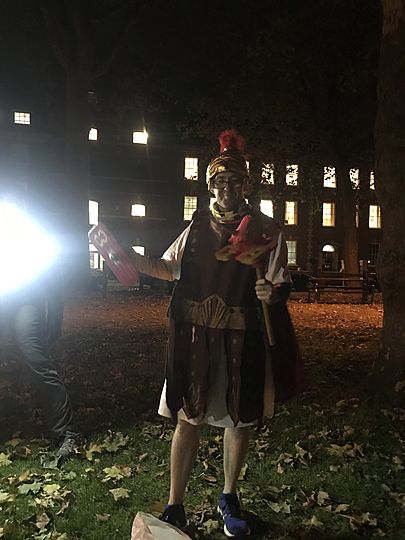 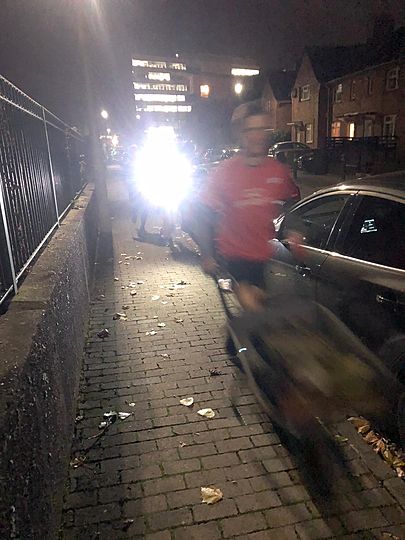 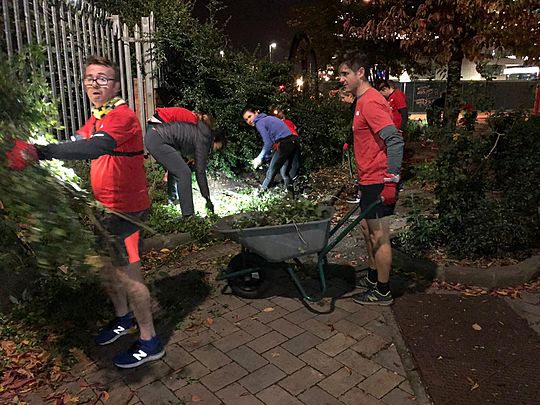 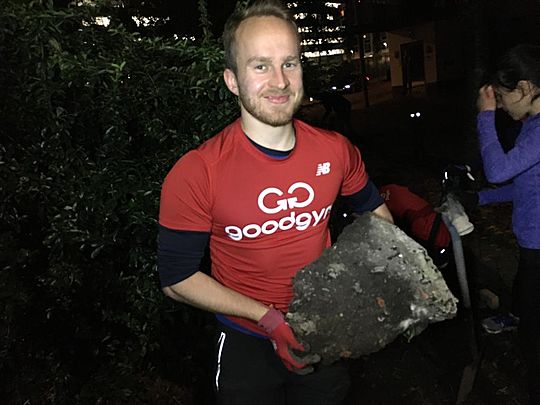 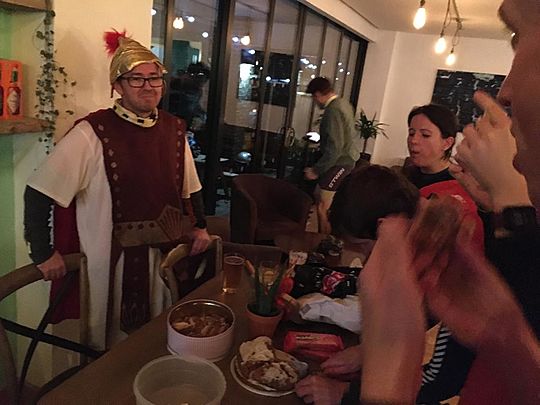 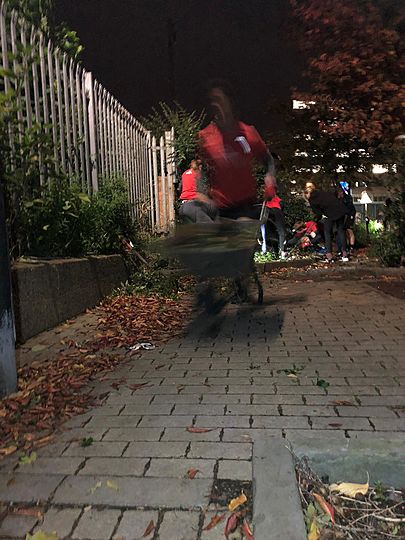 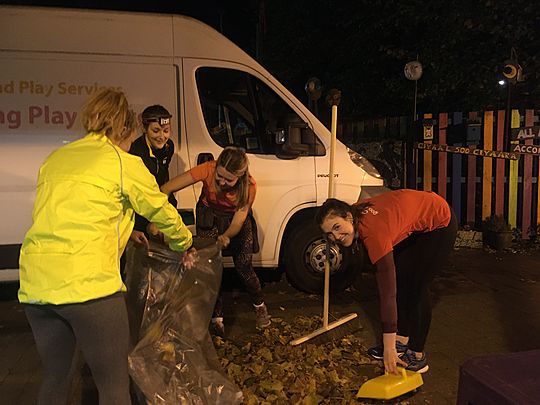 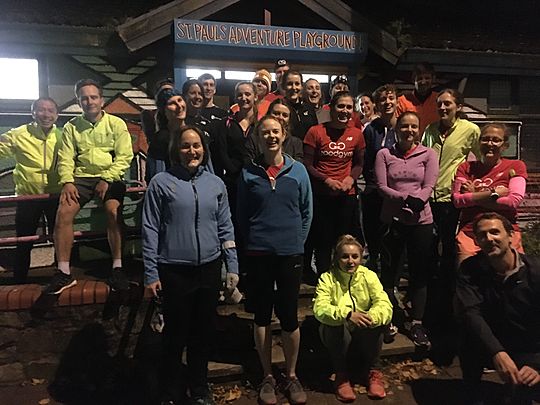 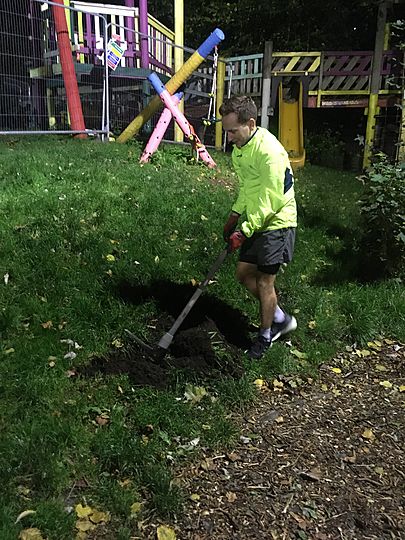 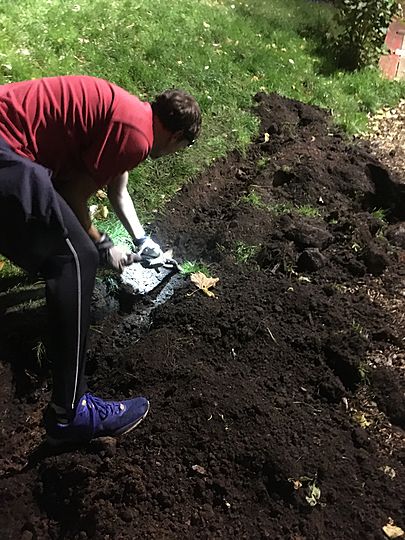 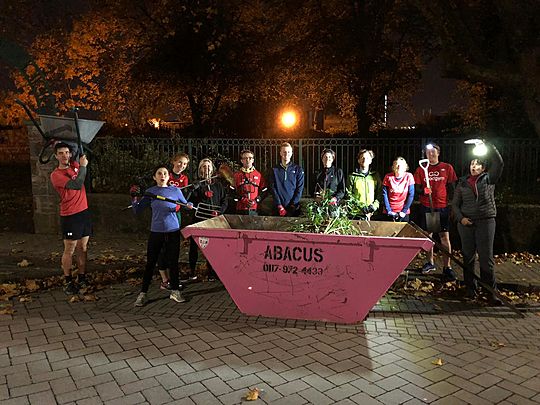 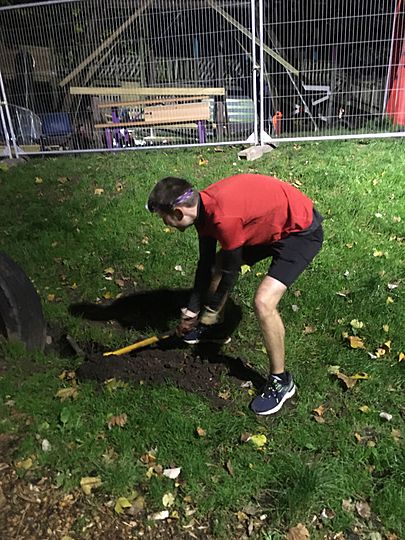 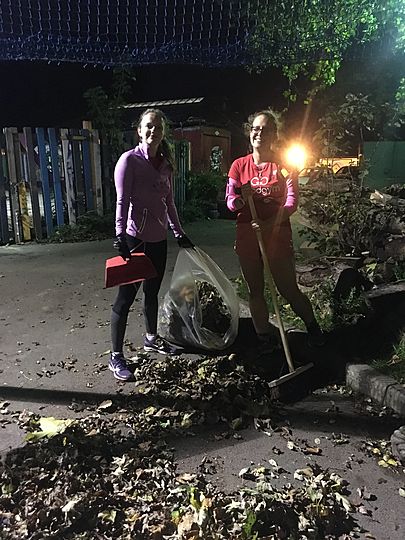 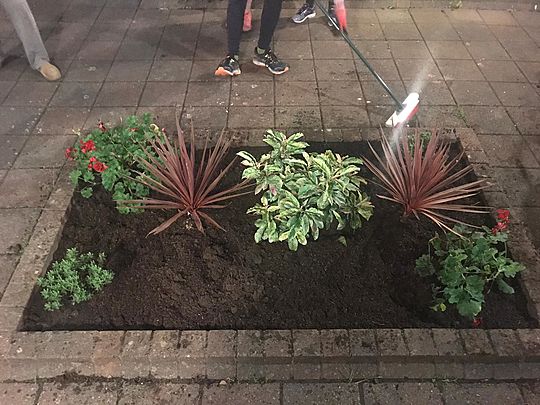 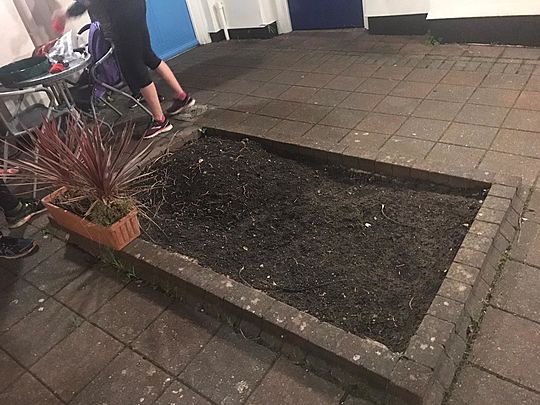 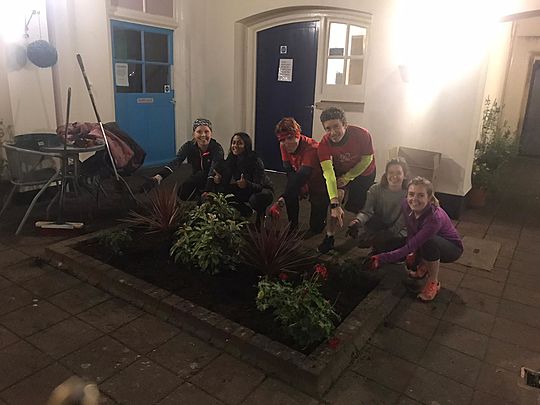 46 GoodGymers braved the cold and the first dark, dark night of the winter to come and get fit and do good. We got warmed up (revealing some shocking facts along the way, including who eats dinner before they come to GoodGym) and then split into our three groups for the night.

Alice led the first group to Fry Court to finish off a Community Mission from last month, Richard was leading a team of rubble movers to help Up Our Street and the rest of us headed to St Paul's Adventure Playground.

Alice's group were tasked with finishing weeding a raised bed at Fry Court sheltered housing and adding some fresh compost ready for the residents to plant. The gentleman who lived closest to the plot was absolutely delighted, and came to thank the team specially. Not satisfied with just one set of good in a night, the team then did some leafleting relays down Stackpool road to get seasonal with the Christmas Santa Dash happening in just 5 weeks' time!

Richard's team were also set to work on the raised beds. They met Melissa from Up Our Streetwho showed them the area to clear, which was three beds with lots of rubble on top. The group got to work clearing this area and wheelbarrowing the debris away (with Gary and Darren fitting in some 90 metre sprints along the way) and made a massive dent in the work. A local resident even stopped to say thank you to the group :)

Insane in the membrane

Meanwhile the rest of the group was at St Paul's Adventure Playground where we had three tasks: to clear all of the leaves from the playground from the London Plane Tree, which become slippy and dangerous; to continue digging the trench we started last month for a tyre barrier next to the flying fox swing; and to help the team from Monkey Do who are building a brand new swing with digging a big hole for it. The leaves were soon cleared, the trench was well on it's way to housing the final two tyres and the giant hole was not quite a giant hole, but the team made a jolly good crack at it (intermingled with conducting their own archaeological dig to find a giant membrane from the ground which was not, as at first wondered, a long-lost fossil). With very muddy trainers, we headed back to Queen Square.

Once everyone had reconvened from their tasks, it was time to celebrate the amazing Darren achieving his 100th Good Deed tonight - massive well done Darren!! He donned the centurion outfit, did the Gallop of the 100s, and then treated us all to his incredible vegan carrot cake and millionaire's shortbread bakes. Who needs the Bake Off final?!

Hi, I did this run but I don’t think It got registered - anything I can do not to lose my streak? ☺️

Hi Paulina - we did the register this morning so you are all registered now :)