46 runners ran 4.9km to help the Bristol Waste and Emmaus Bristol in Bristol. 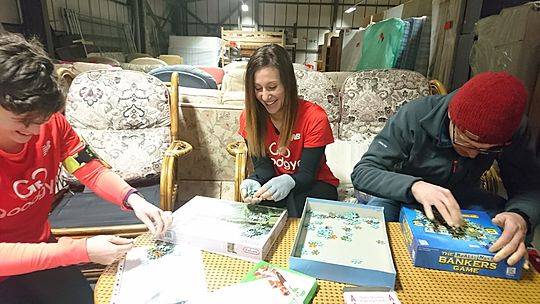 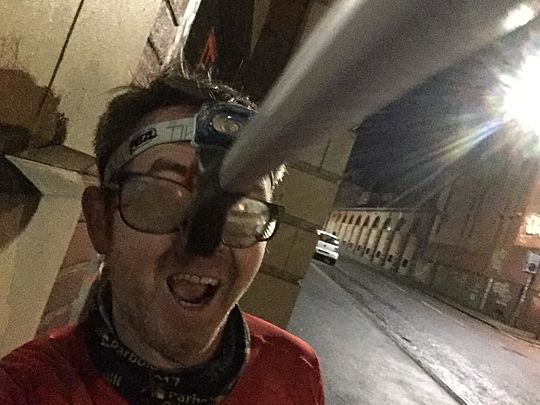 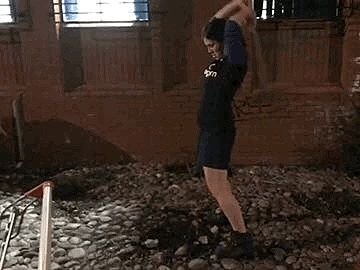 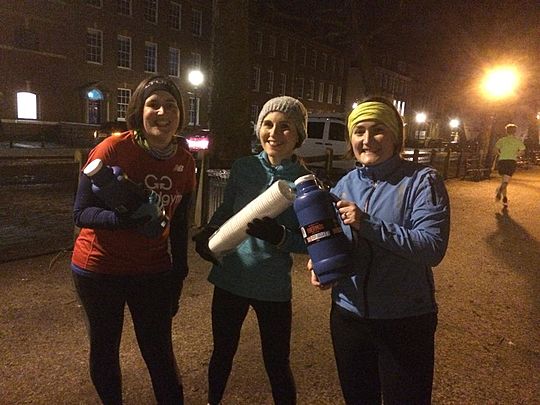 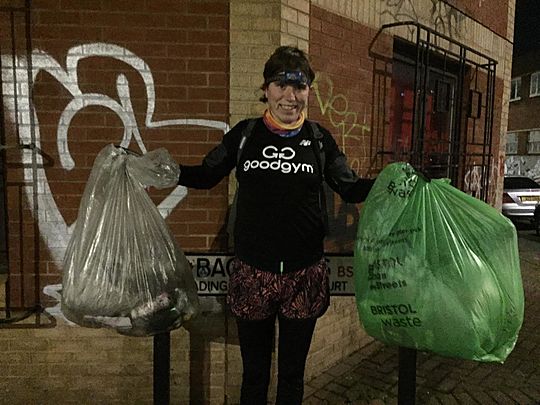 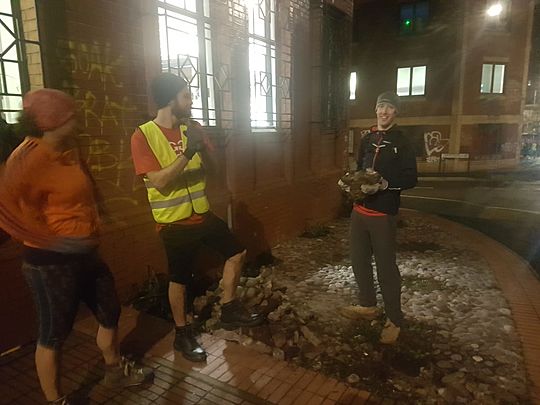 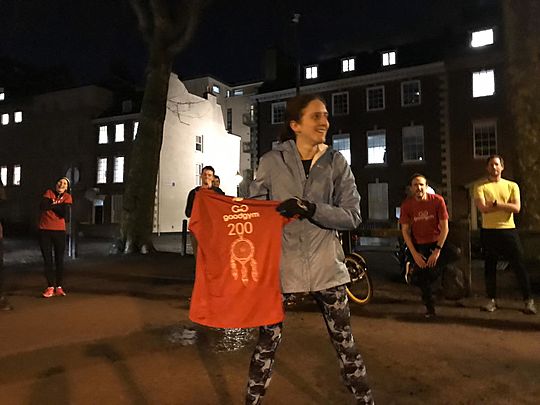 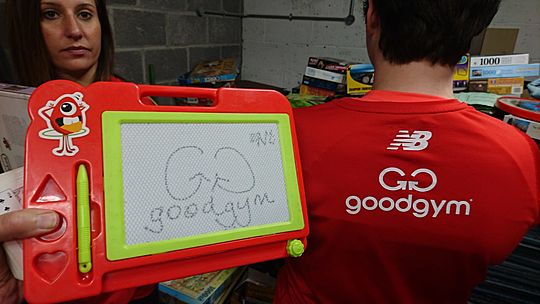 What I would like to do in this run report is put 200 variations of puns on Clo's name in to represent each of her 200th Good Deed which she achieved tonight. But then I remembered that my one title pun is questionable enough and that I couldn't subject you all to that. Instead, Clongratulations Clo, you are amazing!

It was great to welcome Johanna on her first GoodGym run tonight - thanks for joining us Johanna! The group split up to help three good causes tonight.

Maria led a group of runners to the centre of town to distribute tea, coffee and biscuits to homeless people. As the temperature was getting close to freezing tonight, it was very much appreciated by the recipients. So much so that the team had to go and refresh their stocks of milk and biscuits after just 10 minutes of distributing the hot drinks. Brilliant work team, you will have cheered up many a pair of cold hands tonight.

Meanwhile, at Emmaus, Xanne and Robin welcomed us and talked us through the great work of the charity. They then split the group into two. Those who were feeling intellectually charged headed to the warehouse to sort puzzles out, while those who were in need of some anger management or just plain old smashing-things-up* worked on removing the concrete from the front of Emmaus. This is part of our ongoing work to redo the front area of the building to make it a nice place for the community to spend time.

The final lucky group got what some would describe as the short straw (Darren), while others would say it was the best task of them all (Shona). The group set off on a tour of four local litter spots, where they alternated between a fitness session (did someone say hills?) or litter-picking session. Clo found a new pair of glasses for Darren (photographed), Richard was temporarily misplaced on his hunt for the lost chip-tray and Paul just could not stop running up and down hills. However, we still managed to gather enough litter to stuff full one huge bag of rubbish and one huge bag of recycling for Bristol Waste to collect.

Tree planting prep and sprucing up at Southville