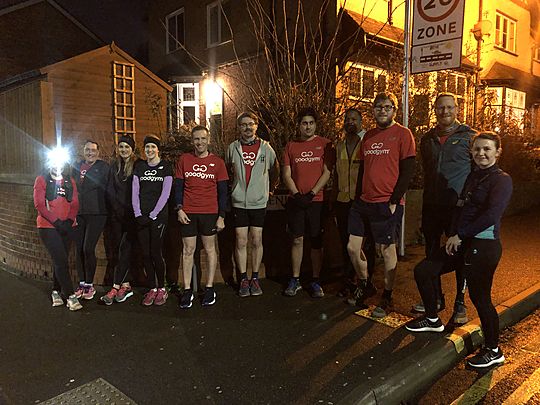 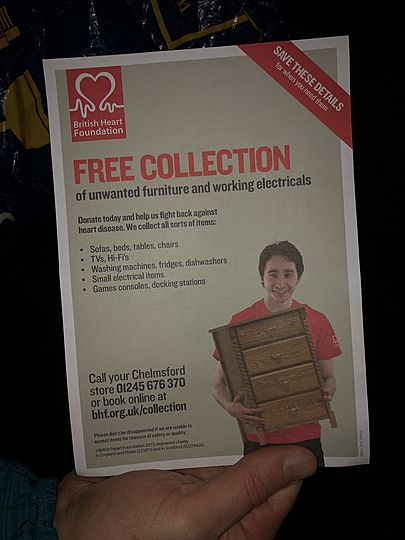 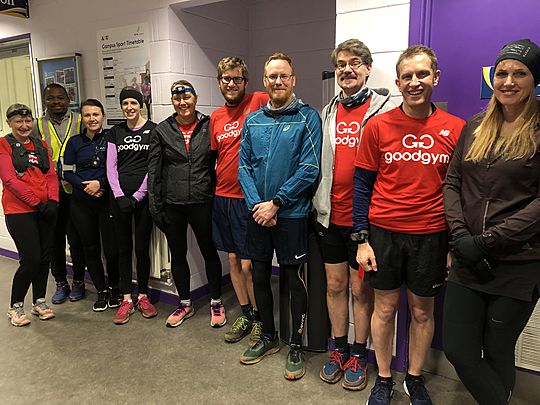 After I confused Catherine with Rachel, assuming she and Joel were a couple, we warmed up and Rich led us out.

We made a brief stop at Rich's to collect the leaflets, and met David there, back from injury on his first goodgym run since November.

The group then continued down to Moulsham Drive, where we split in half to deliver the leaflets. After completing that in record time, we continued to deliver leaflets along Vicarage Road and Braemar Avenue.

I briefly panicked about everyone's location, with Russell and Julie bravely completing the first half of Vicarage Road, David and Rich going to Dovedale, and Catherine, Isabelle, Sallyann and Jenny, working further along Vicarage Road. However, we all grouped together, I did a headcount, and we made our way back to ARU through the park.

Great effort everyone - we delivered plenty of leaflets, and hopefully encouraged some Chelmsford residents to donate their unused furniture to raise funds for a worthwhile cause. And of course, a final shout out to Akin, who put on the hi-vis this week and did an excellent job backmarking throughout the run and task.

Don't forget, we're going to the quiz at the Golden Fleece next week, from 8pm!