8 runners ran to help the St Nicks in York. 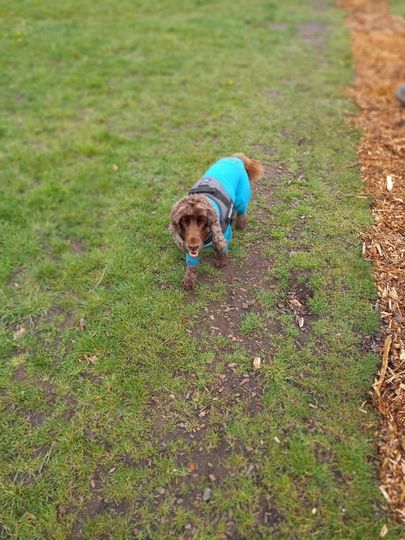 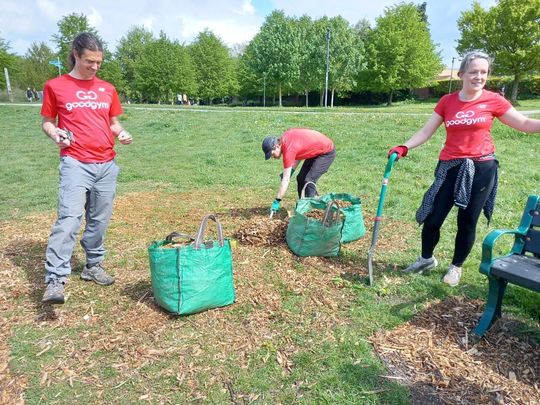 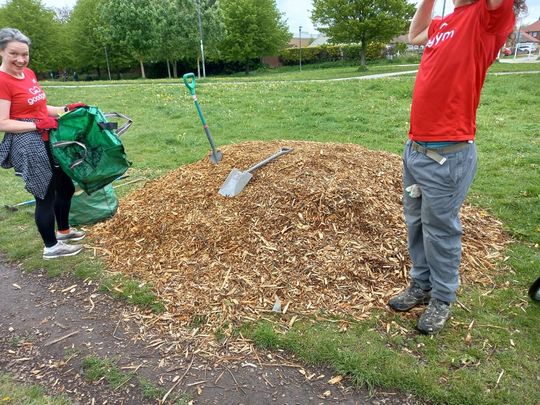 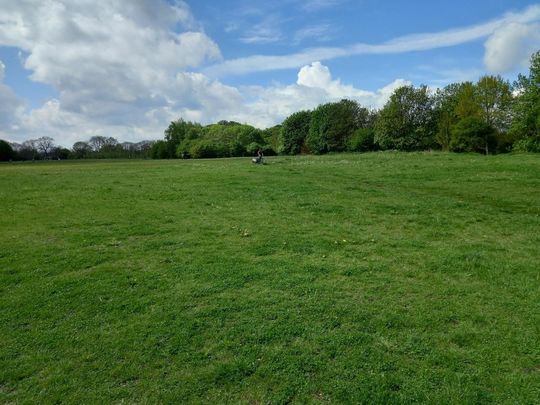 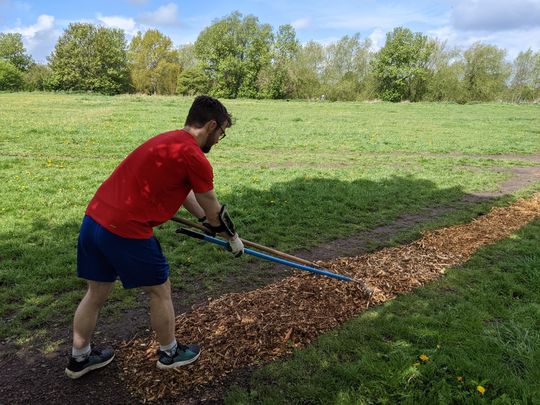 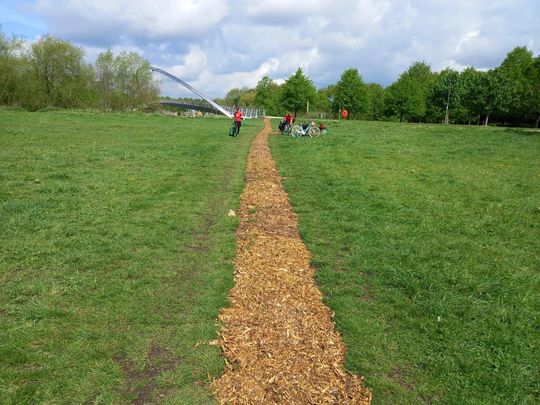 On a beautiful Sunday morning, 8 GoodGymers met at Millenium Fields to help St Nicks on their eco-active day. Our task was to lay bark chip along a mud track to make a new footpath.

After introducing the task and totally showing off his new smartphone (showing off meaning asking how to use it...), Jonathon left us to complete the task. Kieran and I were on raking duty whilst the rest of the team filled the large dumpy bags with bark. I took charge (edit: Leanne took charge) and ensured the operation ran smoothly. After little over half an hour, the path was essentially completed. We received a few thanks from passer byers and even had a puppy roll around the fresh laid path...I assume they were also thankful!

Jonathon then tasked us to lay another path in the nearby woods. Luckily he was there to help us out by letting us fill the famous St Nicks trike with the bark and then he transported it over.

After the hour was done, the bark pile was empty, a new path was lain and another was started. What better way to celebrate then cake and coffee!