7 runners ran to help the Our Lady Queen of Martyrs Primary School in York. 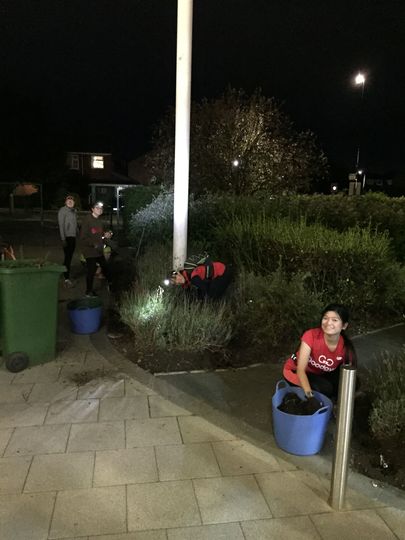 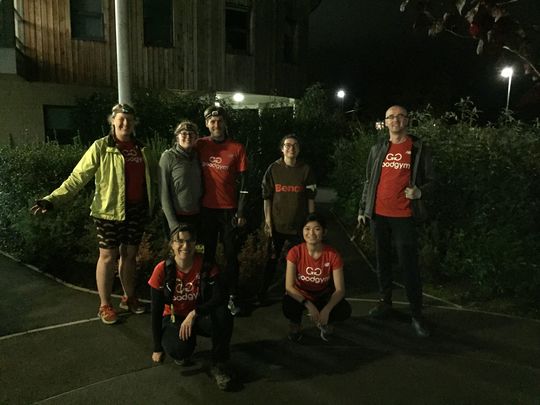 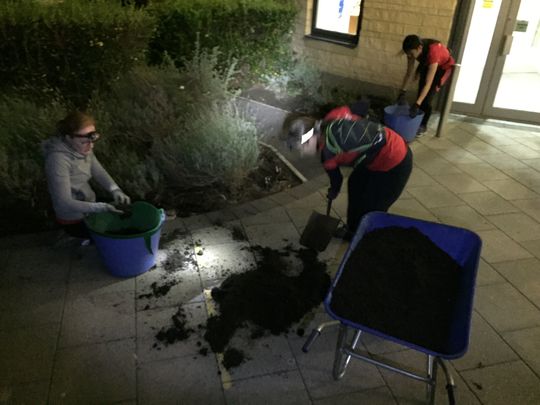 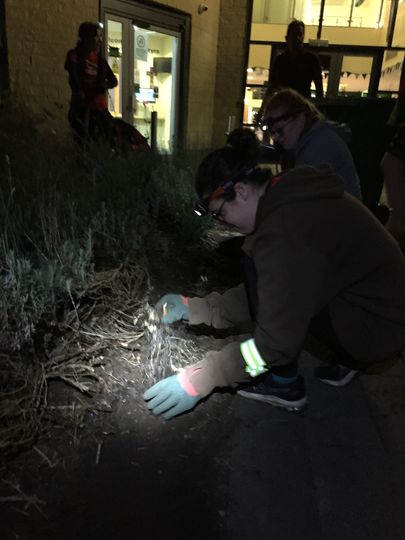 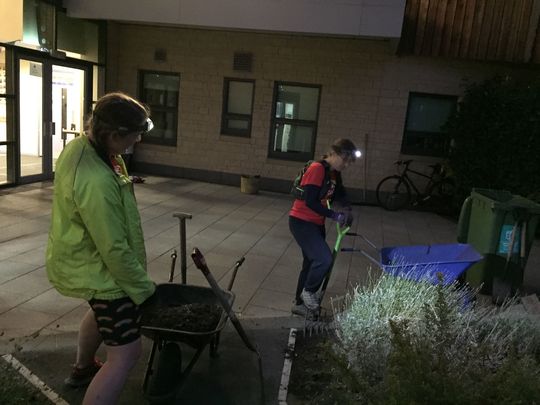 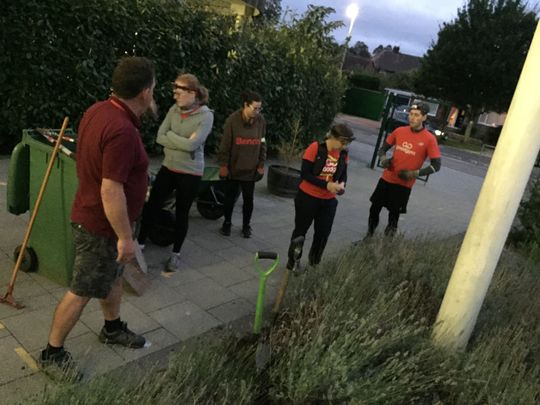 On a dark, but warm autumn evening seven GoodGymers met to eat some cake together. After two slices each and nice time chatting we were ready to go home... JUST KIDDING... however chocolate brownies were served this evening.

We arrived at OLQM to be welcomed by Bob, the caretaker, who had a selection of tools waiting for us.

I thought I will be here on my own'- Bob

When I arrived 5 minutes before the task start Bob was becoming concerned that we are not coming, however I reassured him that we are a punctual bunch. Few minutes later the whole team assembled ready for the task briefing.

First part of the task was to trim overgrown lavender, dig over soil and remove rocks in readiness for stage two which included barrowing fresh top soil, topping up flower beds and planting tulip and daffodil bulbs.

We had such a good time chatting and neither the Yorkshire Marathon nor the 12 k's of Christmas challenge was mentioned, no way ... who would want to talk about it ;) , that we were carried away and did a bit of overtime.

With just over 1 hour on the clock and all the bulbs in soil we were ready for the second slice of chocolate brownie and a team photo before offering our services for the future and saying good bye to our host.