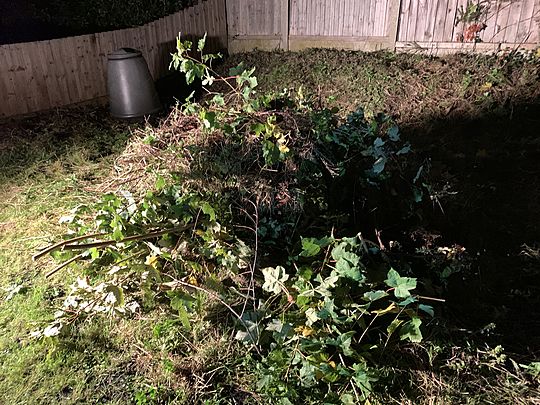 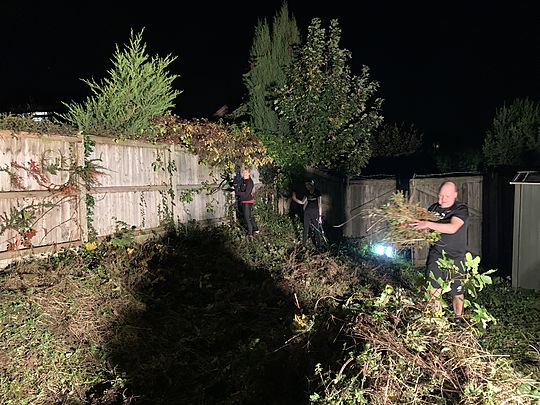 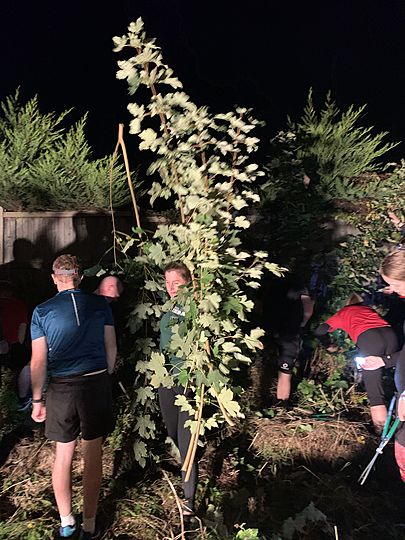 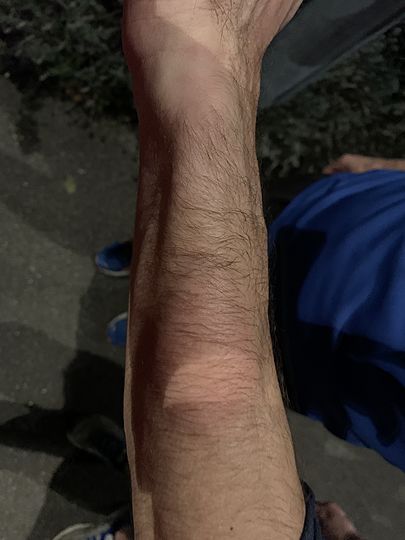 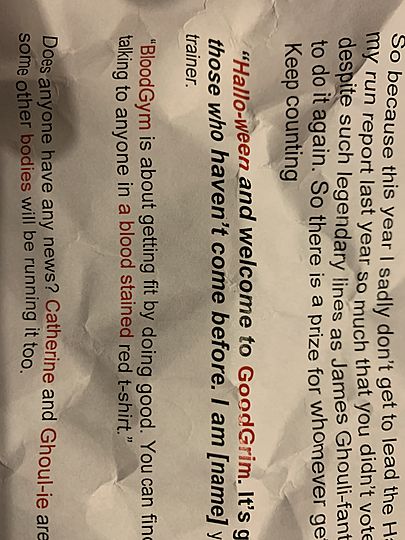 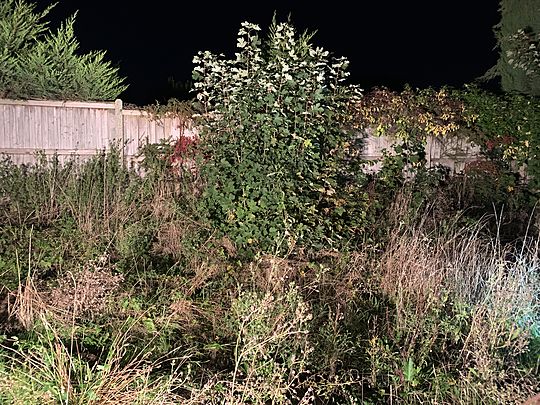 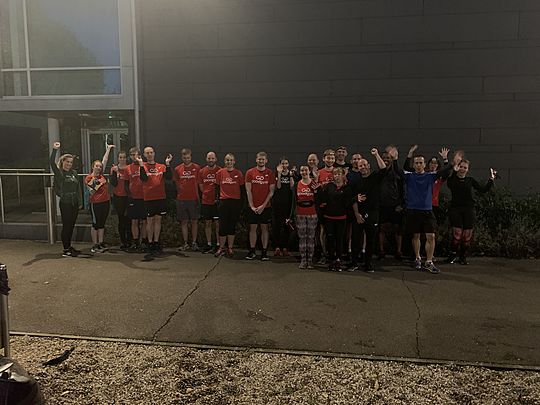 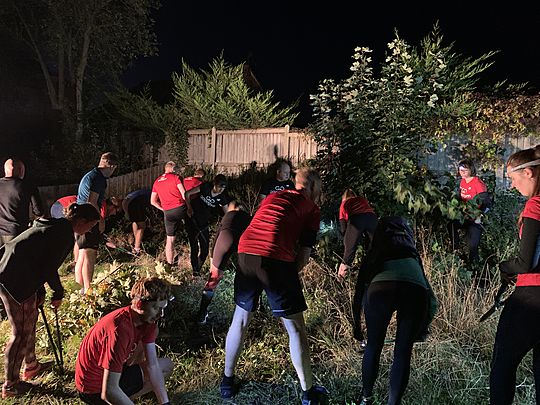 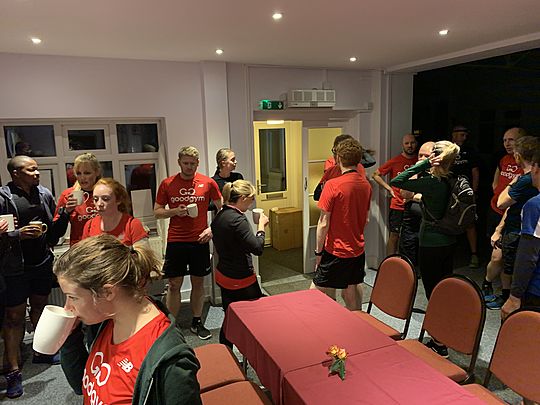 It might have been the new task, it might have been my glorious return to run-leading, it might have been the weather, but we set a new record for Chelmsford attendees at a GoodGym run tonight! 22 legends! Thanks for coming everyone, so I can now gloat over my fellow run leaders (especially Rich) So because I don't get to lead the Halloween run this year and I know you all would be devastated to miss out on my hilarious wit, I had a pun-filled treat for everyone in the introduction. I hope Harriet, Kirk, Simon, Daphne and Akin don't think the introduction is always such rip-roaring fun. Congrats to Doug who won the prize of Halloween sweets with the quickest correct guess of 19 puns.

Onwards we went, to meet Chris at the new task location, Springfield Park Baptist Church. We were keen to impress them after our cups of water so headed round back. Our task was to clear the area so that they are ready for the Bonfire in a couple of weeks. You can see from the before photo that there was a lot to do! We soon dug in and everything was going swimmingly until Russell C squealed loudly. He released dozens of wasps from their slumber. It was sort of downhill from there really! Some runners put their sprinting to the test and sped away, some stayed and battled bravely until they were stung. Special shout out to Charlotte, Jenny and James C who fought to the bitter end. We did a great job! I hope we can come back to the church for something slightly less painful.

After we reconvened, we voted on a 2.5 or 3.5k run back. The split was 11 for each so we split into two groups, with the intention we would meet in the middle. While those on the shorter run devoured some percy pigs to help with timings, the other half set off. After an eventless run back where the timings were only slightly off we met back at ARU nursing our wounds. Really sorry guys and I hope you're all ok.

I promise all GoodGym runs aren't as wasp-filled, please come back again soon!

David, you missed me off the newbie. Really enjoyed the group event, despite the unexpected sting operation. Arm has just about recovered. See you Wednesday!

I've added you now! Sorry! Glad to hear that the arm is ok, I think there were quite a few ailments...

David Chatterjee
Terrible runner. But it's the thought that counts. Getting better!