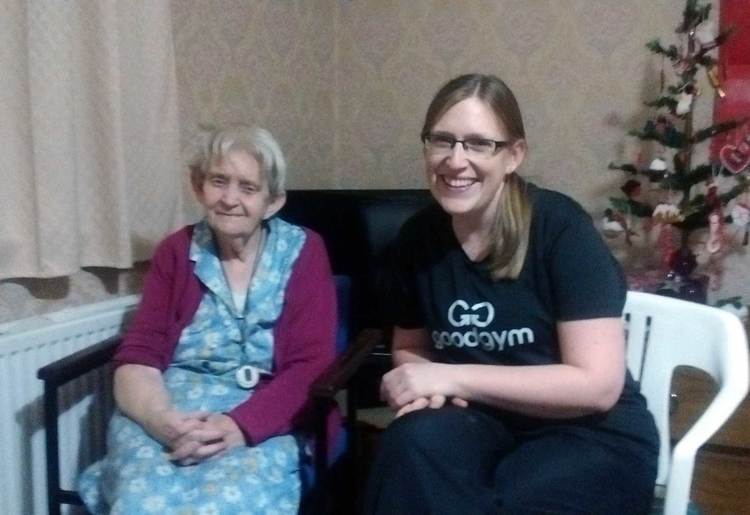 Brenda visits Alice once a week.

Alice, 31, got involved with GoodGym in March 2014. After attending group runs for a few months, Alice decided she'd like to make the commitment to get paired up with a coach in her area to visit once a week.

Alice and Brenda have been paired since December 2014.

Over the years Alice had tried a few different things to get active and nothing had really clicked. She found that GoodGym gave her the motivation to get out and get moving. Alice says:

Brenda and I got on straight away. Brenda is a real people person and loves knowing what everyone is up to. She's lived in the same part of Bristol all her life and I love talking about what changes she's seen in the city over the years.

I always feel great on my run home after seeing my coach. There have been many wet and windy evenings where I know I would have stayed in if it weren't for seeing Brenda. We always have a lot to talk about and she's great company. It's fantastic.

For anyone thinking of giving it a go I would definitely recommend it. I remember being slightly nervous about having enough to talk about, but that's never been an issue at all, and the time flies by as we chat.

Brenda, aged 84, has lived in the same house in Bristol her entire life. Brenda worked for a number of solicitors offices in her career before becoming a carer for her mother. Brenda used to have people popping into to see her and her mother very frequently however as she's got older Brenda has found she has fewer and fewer visitors. As a result, she started to feel very lonely.

I found out about GoodGym from a local social group at the Southville centre from Link Age. I'm a very social person which is a trait I get from my Mother. Fewer visits from friends and neighbours over the years has meant I have felt increasingly lonely.

I love the visits from my runner Alice, she's lovely! I would definitely recommend GoodGym to others like me, particularly if they just don't get as many visitors as they would like.


Back to all our stories 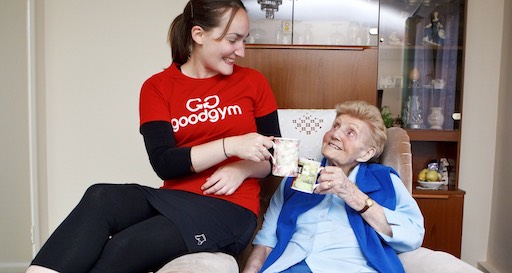 Run to visit an older person

There are lots of lonely older people waiting to be paired with a runner like you.