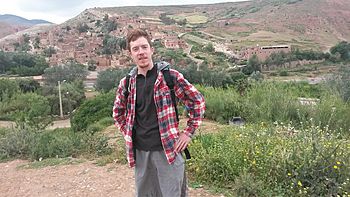 I love playing guitar, mountain biking and most sports.

A collaborative run report.... Drop your photos and stories here 🙂

We're going to put the FUN back into functional!!

Keep up the great work everyone.

Where's the best place to go in a heatwave? Turns out it's the Peak District to spend time with like minded, positive people. Plus easy access to shady woods and a river to swim/dip into.

From serious chats around future GG plans, safeguarding, inclusion, participation, Task Force and sustainability to great opportunities to be active with runs, walks, fitness & yoga. There was also lots of time to meet other GoodGymers from around the country and have fun with Quizzes, karaoke and cocktails!

8 AWESOME goodgymers came out last night to help INCREDIBLE IREN who consistently does an amazing job keeping her area of the city clean and tidy.

It was fantastic to welcome Ellie and Yvette who have both recently moved from other areas to the mighty Sheffield. Neither are new to GG having volunteered in other cities. Hope you both enjoyed it and will be back for more soon!

The Sun was shining and the weather was sweet yea! We moved our running feet up, up and away all the way to the Gleadless Valley via the Co-Op for Michelle to drop of some plastic recycling. The green theme continued with litter picking and brushing to tidy up a messy and glass ridden section of walking and cycling path that is used a lot as a link to/from the Gleadless Valley amenities from surrounding housing areas. We were thanked by path users as we filled up 11 bags and then tied them up and took them to the nearest AMEY bin for collection.

On route back we went via some of Celine’s old haunts and she pointed out her old flat and some of he numerous community planting endeavours she had lead on whilst living in the area. What an absolute ⭐️!

On return to base we stretched off and some grabbed an alfresco drink and chatted of Shindigs, fixing bikes and checking of passports!

Until next time, happy running :)

Good attendance for a Community mission. Lots of fly tippers and we managed to overcome the smelly site. On our way to the curry house we managed to pick up more litter. Rewarding mission.

We'll be meeting with Karen and Malcolm again, bagging up litter and flytipping from Spital Street and Spital Lane.

Please bring your own gloves.

From Trash to Splash

It was a warm one in Sheffield! What better way to get your Monday started than a GoodGym Group Run?

A group of hardy folk made it to the Showroom tonight to go and help out our friends at Sustrans. We regularly help out Sustrans keeping cycle routes clear and safe for everyone. This time we were headed to a section of the Sheaf Valley walk off Queens Road.

Main heads-up is don't get too close to the river bank - it's a long way down! - Simon (Sustrans)

We took a circuitous route to get some distance in and arrived already hot! Simon was fully prepared as usual and we got to work lopping overhanging plants, litterpicking and clearing the way for cyclists and walkers. After a good 45 minutes we'd got together 5 bags of litter and 4 bags of green waste for the council to collect. Alas there were 3 trolleys and a ladder tantalisingly out of reach!

After making a fuss of Simon's very cool new bike trailer (with holes in it for brooms and everything) that was specially made for him, we snapped some photos and made our way to the Peace Gardens. What's at the Peace Gardens you ask? Sally Squats! But there's a reward - splash around in the fountains afterwards. As you can see from the photos, a few of us had a LOT of fun!

We will be helping Gleadless Valley Litter Pickers clear up of litter from path edges and cut back vegetation to keep paths clear for users.

Risks It is possible that there may be hazardous waste (such as needles, broken glass) in the area. A risk assessment will be done beforehand and the Good Gym team will be alerted to any risks at the start of the task so they can be avoided.