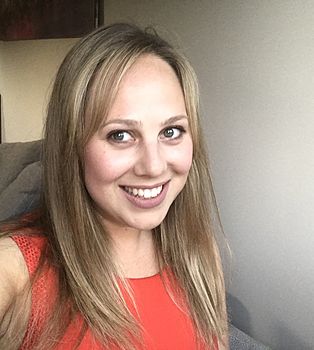 He’s BAD but we are GOOD

What a Thriller of a morning!

As if its not exciting enough volunteering at the vaccine centre, we had a special yet Dangerous guest appearance today! Slough's very own X-Factor Onkar Judge! So after a Billie Jean rendition we quickly picked ourselves Off the Wall and got to work! (Thank you Onkar for bringing your energy and soul to us this morning... you cheered us up!)

So In da house today we had :-

Dirty Diana Nisha in the green zone with Beat it Sandy as her wing girl.

We had Helen in main reception who just Wanna be starting somethin with every guest coming in!

Outside, Joseph was our Man in the Mirror as he parked up the cars.

Alison was stopping the Speed Demons from driving in without being screened.

Whilst Edward and I made sure there was no Blood on the dancefloor Great work Co- VL!

We finished our Friday morning shift to see Smooth Criminal Emma get her lateral flow test and get into action.

Tomorrow we have Jen; Kam and Naomi ready to Rock with You

Signing off for another week!

Fitness in the park

Our first in person training session for 2021!!

I'm airing on the side of caution and limiting our initial training sessions to 10 (over the 15 we are allowed to have). I will review this as we move forward.

But for now! Lets get those trainers on, put on your sweats and meet me in the park for a fitness session.

Just a couple of reminders:

We will meet at Upton Court Park for this session and remain within the boundaries of the park.

A split shift today with a trio at Langley Healthcare Centre and the rest at Salt Hill.

Nisha, Sut and Alison kindly agreed to go help at Langley as they were short of volunteers and judging by their photos they had their usual Friday fun.

Whilst over at Salt Hill we quickly prepped for a VIP visit, (not Boris sadly!), and waited for our usual queues to form.

Litter pick and Get Fit

Get ready to spend a Friday morning being active!

Following this, we will do a 30 minute litter pick of the park.

This session will be at Upton Court Park, but we may move around the town to different parks.

Please remember your face mask and gloves for the litter pick. We will do this in a socially distanced way.

Litter pickers and bags will be provided but if you have your own please bring that.

If you wish to attend just the Community Mission please arrive at 10am...but please sign up so I know to wait for you

Meeting point will be near the football hut.

Emma has completed their 15th good deed with GoodGym

Our second group fitness session tonight went down a treat. Eight Goodgym'ers came along to do something good and get fit at the same time.

The doing good bit was to pull that rubbish from the hedges, push back the bushes and poke out the rubbish the ‘bad’ folk have left behind... vodka bottles, plastic bags and a razor blade were our cutting finds tonight.

Tonight’s fitness session was Round 2 of last weeks leg strength work with a few hills added in for my personal amusement... there’s a reason why I’m their favorite personal terrain-er!

And as if that wasn’t bad enough after doing that on each leg we then repeated the around the clock with lunges... well done team for stepping up to the challenge... doesn't time fly when you are having fun?

Legs burning, it was now time for the hills.

Our challenge was to do x4 hill repeats stopping at the top to do x10 side jump jacks and x 10 back / forward jacks at the bottom.

And repeat ... but this time time with toes turners fancy footwork!

A nice strength building exercise ... you can always pin your slopes on getting a good workout with hills.

Keeping Britain Tidy and Running up them Hills

This session will be our second fitness/run/community task all in one, following Goodgym and Government guidelines.

We will meet at Upton Court Park, near the GREEN GYM.

We will spend 15/20 minutes litter picking the car park and those pesky hedges.

Next, we will move onto a mini fitness session suitable for runners/and non runners and finally we will do some hill repetitions (you can run or walk these)

If we have a smaller group then we will run/walk the short distance to Herschel Park to do our fitness/hill work. Otherwise we will got hit (Mo’s) hills! (Near the parkrun 3km post).

What are we waiting for... let’s get ready to run-ble!

Our task tonight was to #keepbritaintidy with a litter pick mission.

So we litter picked the hedges and within the bushes.

Generally these areas get missed so our warm up to the warm up was to poke, pick and prod until we dislodged the rubbish.

Mission complete we got ready for the next round.

Warm up games are not the same when you can’t run into someone, push them over in a game of tag or slap their knees in a body slam match... but hey ho... single file running using different running ranges it was then.

Who needs fancy kit when you have your own body weight to work with?

Tonight we did my favorite stability, strength and balance workout with a little twist

Run? I thought you said Rum!

The rum will be well deserved tonight! After all this fitness we then headed out (or should I say in) the park for some good old fashioned Fartlek speed work.

Half a mile of killing ourselves! What better way to start the week and end your Monday!

So good to be out again with the crew on a Monday night... Doing Good and Getting Fit

Getting trollied along the river

We were back with our friends at the Jubilee Riverside Centre Slough for a pretty oarsome task this weekend, which saw us split into three teams. One group tackled weeding and gardening outside the centre's entrance, another were litter picking along the riverbank, and a third were in kayaks collecting rubbish which had made its way into the water.

The day was also a call for a bit of celebration too. Firstly we congratulated Jenny for reaching her 50 good deeds milestone - which is particularly impressive as she only joined us in February and for many months was notching up her deeds during lockdown.

Secondly we welcome Brenda, who is fellow GoodGymer Jen's mum, to our GG Slough family. It was great to have her with us for her first-ever task, and to meet the wonderful mother of a much-valued member of our team.

The morning felt more like a fun day out than a hard task, despite us proving every litter bit helps as we collected eight bags of rubbish, which was mainly made up of beer cans! We also recovered a shopping trolley from the river itself in a strategic and co-ordinated effort which involved the teams in the water and along the riverbank working together to get the cart out of there safely and securely.

If that wasn't enough, cannoe believe it, we also managed to collect a dinghy full of rubbish out of the river itself!

A fantastic day was had by all, as the end result saw a cleaner river and its nearby paths free from rubbish, the centre's garden beds weeded and neatened up - with Jen making light work of cutting back an overgrown tree, and the chance for us big kids to get back out onto the water, brush up on our kayaking skills and have the odd race too!

Fitness in the park

Litter pick and Get Fit

Keeping Britain Tidy and Running up them Hills