6 runners ran to help the Samye Mindfulness and Well being Centre in Cardiff. 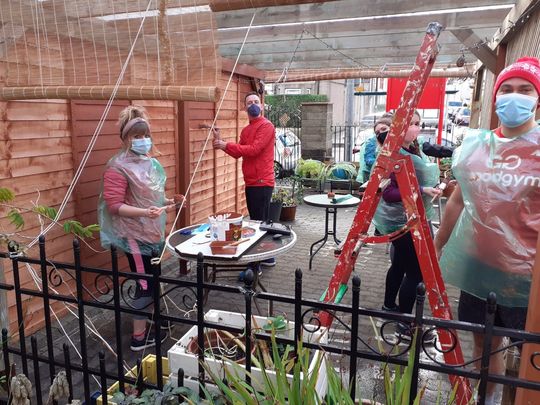 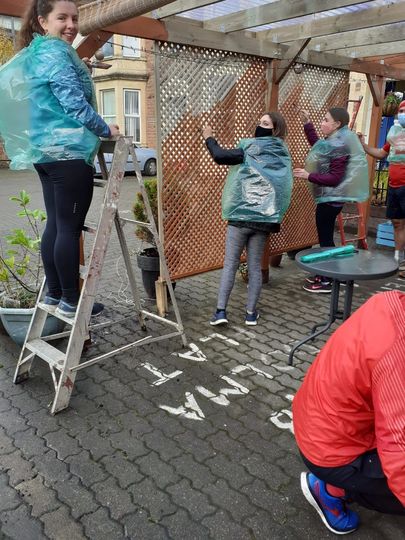 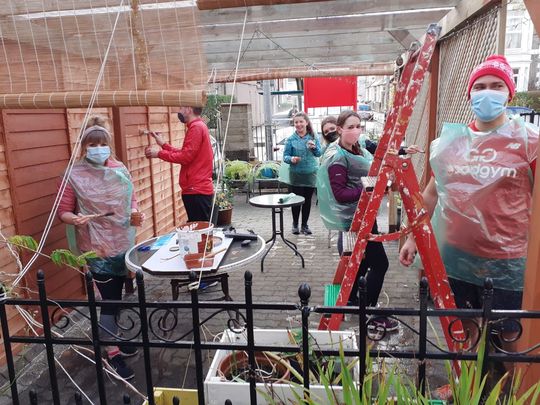 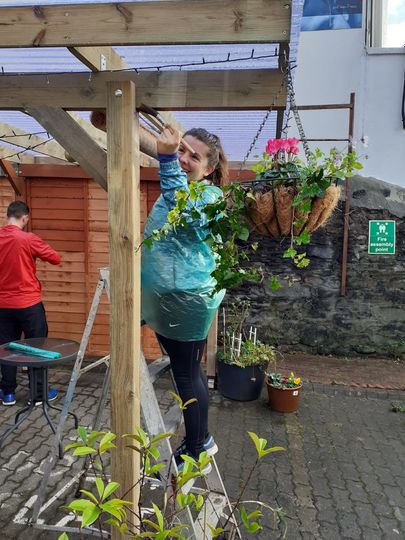 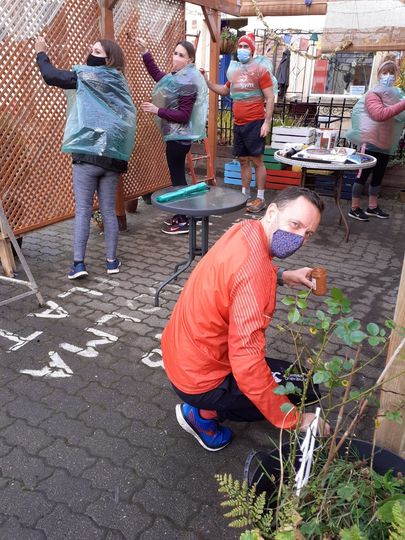 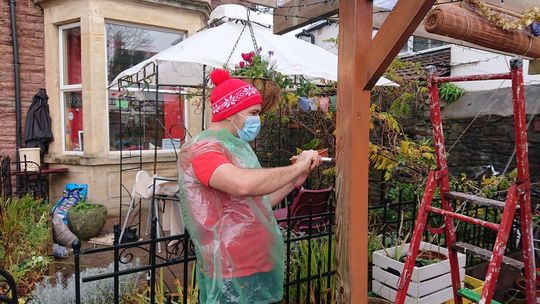 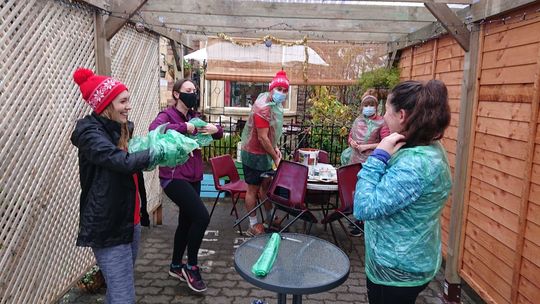 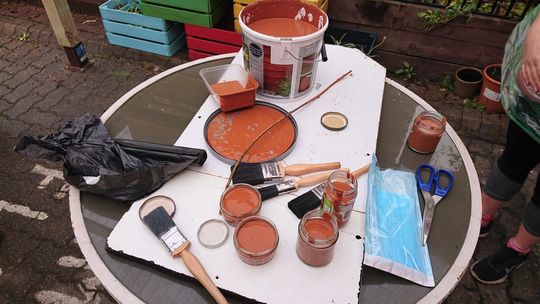 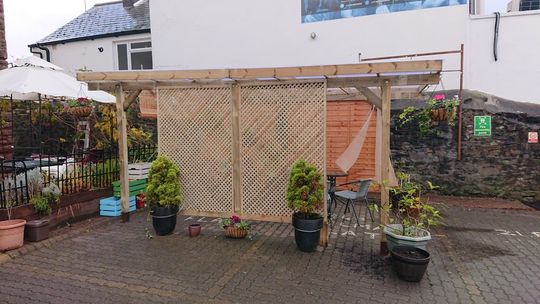 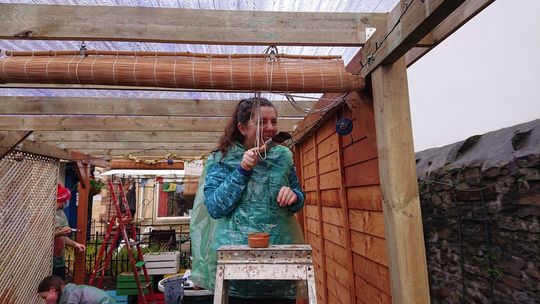 Most of us hadn't been to Samye since pre-covid days so it was great to be back! The task was to paint a wooden gazebo which will be used for their cafe and in summer with families and the community.

After people put on fancy paint protection tops that looked weirdly identical to Cardiff recycling bags, we got started painting. There was a mix of techniques being used, with some people getting a bit more paint on the ground than others - though not naming any names..

Everyone was quite focused on getting the painting done but there was still a bit of chatting about what people were getting up to at the weekend and when is the right time to put up a Christmas tree. The general agreement seemed to be not until December so there's still over a week to go until it's acceptable.

The time flew by and we made good process with the painting. There's still quite a bit left to be done so I expect they'll be another painting/gazebo run report coming soon!

Credit to Marie for the pun :)

Great report, may be more like two more painting tasks though.... 😂

Mikey
Goodgym Area Activator for Cardiff & the Vale, I believe in the transformative power of running & the Arts