When it rains, look for rainbows…

3 GoodGymers made their way to help the Maidenhead Community Allotment in Windsor and Maidenhead. 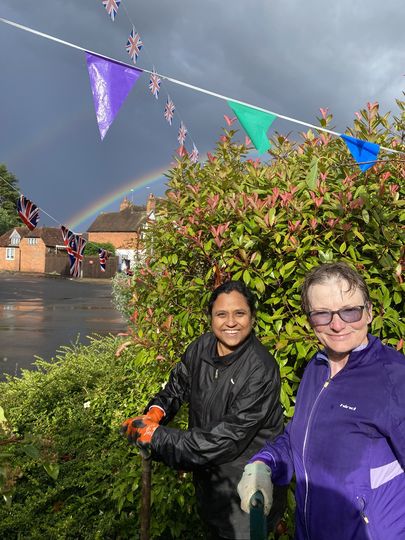 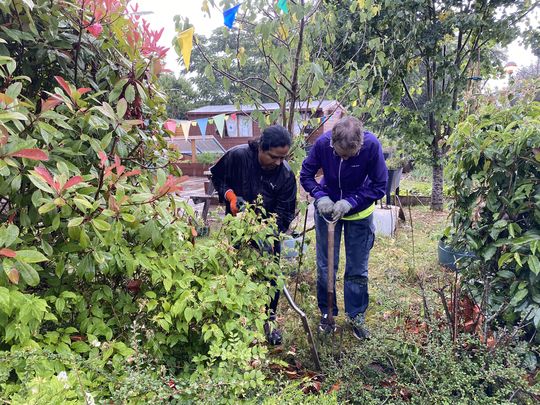 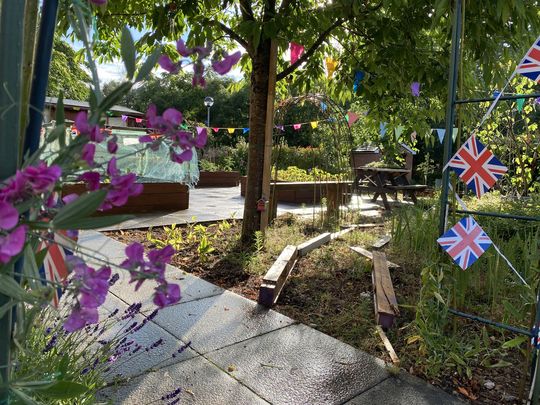 It was a soggy start to our session at Maidenhead Community Allotment, where Gillian, Anita and Nicola were given a helping hand with the watering task by an honorary fourth GoodGym member - The Weather. But we dug deep despite the downpour to crack on with our other tasks, and planted a cherry tree, which got the seal of approval from a friendly (hungry) robin. We were rewarded with a beautiful rainbow overhead! There was even time for a bit of weeding in the sunshine that followed, and it was good to see some of the raspberry plants we've tended on previous missions are almost bearing fruit. This was the first of a series of Thursday evening missions at the allotment and we look forward to returning next week.

I love the rainbow photo! Well done for battling the weather 🍒🌈

Graffiti, your days are numbered!